We all got up fairly early this morning and rushed to get ready for a little trip to Weymouth sea life aquarium. I felt really bad that our Halloween party had to be cancelled yesterday and that the whole weekend is full of heavy rain which doesn't really give us a chance to wear our costumes outside so thought a trip a bit further a Field would be the perfect way to make it up to you and be able to go out in our costumes. All of us have costumes except for daddy but when I was getting you two into the car we decided that daddy was dressed as a human.

Our drive there went so smoothly, we listened to Ziggy Marley family time the whole way, ate snacks and reminisced about our time in London and Wales. You, Nixie like to remind us of the time when we couldn't get the fuel cap to open on our way home from Wales and said luckily we made it home otherwise we would still be there! I love hearing about the things that left memories for you!

As our drive continued we left the dark sky and heavy rain behind and the sky opened up revealing bright blue skies and the most glorious sun! When we arrived at Sea Life we rushed to put on our costumes in the car park and the two of you looked so incredibly sweet, Nixie in your T-Rex costume and Forrest in your bat costume.

I thought you, Forrest, were going to be the one who was the most excited about seeing all the different aquariums but it was actually you, Nixie who was the most enthusiastic! It was so wonderful to see. Your eyes kept lighting up and your face had the look of pure wonder on it for the whole day. I was really impressed with the aquariums, they were truly beautiful there was only one part that made me feel sad which was the tank with the octopus, he looked so sad to me. Octopuses are such intelligent beings and it seemed really wrong for him to be in such a tiny space.

You both especially loved the rays, the seahorses, the dragon fish, the jellyfish, the axolotl and the seals. My absolute favourite was the fish with the long noses, I was completely mesmerized by them and probably could have happily watched them all day, they looked so human to me!

Because it was Halloween weekend they had a special little spooky trail quiz where you needed to find 10 letters that had been hidden throughout the aquariums. And you, Nixie, do so love a quiz! You had so much fun finding them all. One of the areas had Halloween patterns on the floor which changed when you walked on it and even though at first, you, Forrest were a bit afraid of it, you very quickly got over your fear when you saw Nixie and daddy having fun and decided to also join in.

We had brought way too much candy and had a big box of chocolates and when you, Forrest realised this that was all you cared about. We went and sat at one of the picnic benches and had some snacks and let you have some of the treats. Turns out the fudge bars and double deckers are your absolute favourite.

Afterwards we headed to the rockpool area and admired the sea urchins and starfish and you, Forrest were the first one to be brave enough to feel it. I think you were really surprised by how it felt.  Nixie, you were a bit uncertain and didn't want to at first. From there we headed over to the penguins and seals and while watching the seals both of you climbed up the seating area and kept jumping up and down pretending you could fly! Eventually we made it over to their turtle sanctuary which I thought was really amazing as they had lots of learning stations talking about ways to help protect our oceans. But you, Forrest, refused to leave your spot at the steering wheel of an attraction that wasn't even in use to join us. Daddy ended up staying with you and trying to convince you to move on while I went in with Nixie. Well daddy didn't have much success in convincing you to continue on and either did I. We were at a stalemate. Eventually I had to just carry you in which upset you but as soon as you saw what was inside you were as happy as can be.

Eventually we made it to the playground and I of all people usually hate them but this one even I thought was amazing! I was amazed at how good you, Forrest are at climbing all of a sudden! And I couldn't quite believe you went down the highest slide, I was even a bit worried at first, wondering if we should have let you climb so high all by yourself but you loved it and kept wanting to do it over and over again. And Nixie, you were having the absolute best time and even made a friend who you had so much fun with. When it was time for her to go the two of you gave eachother the biggest hugs. Forrest, you, on the other hand were heartbroken when we had to leave and did not like us one bit in that moment. Before heading back to the car we paid a visit to the witch where she gave you some candy, a magnifying glass and some stickers, it was all rather cringy to me and I don't think either of you were very impressed with her either! Ha!

On our way back to the car we took a ride on a little miniature train which you both really enjoyed. I love how it really doesn't take much to make you guys excited!

Forrest, you feel asleep soon after we started our journey back home. Once we got home we had cupcakes and dinner and then just lounged around and played for a bit. I had gone upstairs to the office for a little bit to try to get some work done when I heard a big cry coming from you, Forrest, it was a different kind of cry, the kind where I knew you were really hurt. I rushed down the stairs to see you laying flat on your back crying with you, Nixie, right beside him with your hand on his chest trying to comfort him. You were being such an amazing big sister. I tried to figure out what had happened and Nixie, you told me he had jumped from the little kids table pretending to fly and landed on a toy which made him fall. (Looking back you were both probably trying to relive the moments you had at sea life when you were jumping down from the stands.)

You, Forrest, couldn't really tell us where you were hurt. You pointed to your leg so I scooped you up and just held you in my arms and you immediately had boob which calmed you down. We tried to see if you could stand but you couldn't at all. Daddy went and got you some ice and proceeded to ice your right ankle only to realise 15 minutes later that it wasn't the right leg at all! We decided to take you to our local urgent care and were seen pretty much straight away although daddy and Nixie couldn't come with and waited in the car.

When we first met the nurse who was checking us in, you, Forrest, were absolutely terrified and clinged to me like a little koala and buried your face into me. You wouldn't even look at her but eventually she managed to take your temperature. My heart hurt for you, I hated seeing you so afraid. When we went in to see the Dr on call, it was the same story, you were so afraid. She was such a nice Dr though and they even gave you a little teddy bear which at first you didn't want to have anything to do with. You were just so upset and didn't want to be there. You had boob again which calmed you right down and you even started to give one of the nurses your cheeky smile. Once you were much more relaxed we We tried to get you to stand but you couldn't. She told me she wanted to do an x-ray but because you are so young they can't x-ray your whole leg and we need to find out where we think the injury might be. When she palpated your thigh this was when you seemed to react the most so she wanted your femur x-rayed and I agreed that it seemed to be the right decision.

I carried you to the x-ray room where they put me into a special coat so that I could be right by your side. You were in much better spirits here and loved the rainbow lamp that happened to be in there. You did so incredibly well but luckily the x-rays came back showing nothing. Good that it wasn't your femor but frustrating we didn't get to the bottom of it. She still felt something was wrong and recommended that we go home and get some sleep and then in the morning if you're still unable to bear weight on it to head over to Southampton general A&E so that a pediatrician can have a proper look at it.

You were very happy to be heading back home and Nixie, you were so happy to see him but you were really worried about his leg and really hoping it wasn't broken. I hated that you had become quite anxious about it.

When we got home we hung out for a little bit downstairs before heading up to bed and hoping that by the morning you, Forrest would feel better and be able to put weight on your leg. 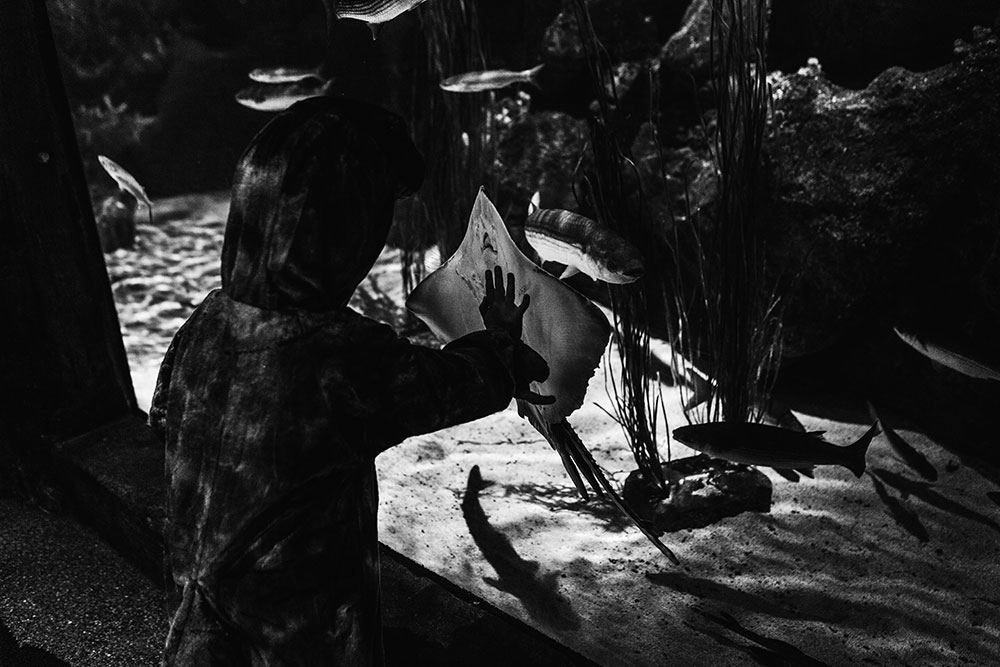 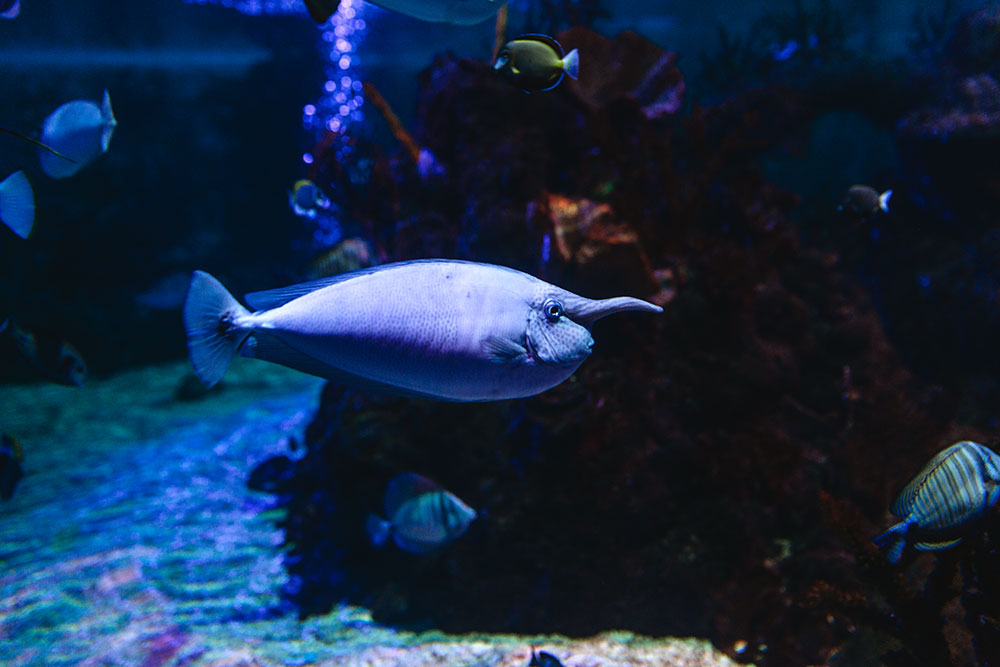 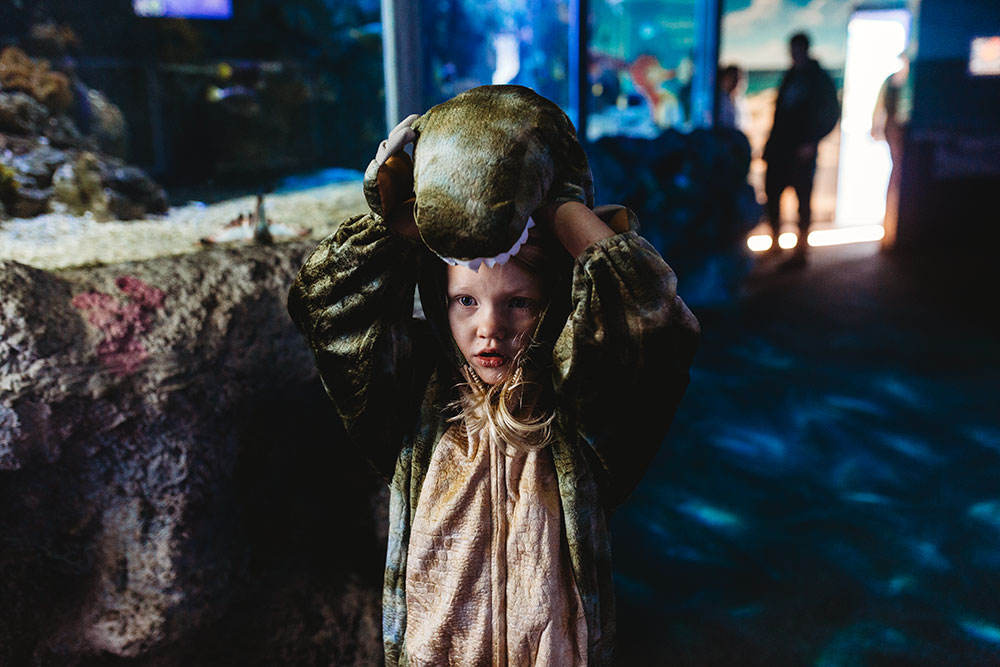 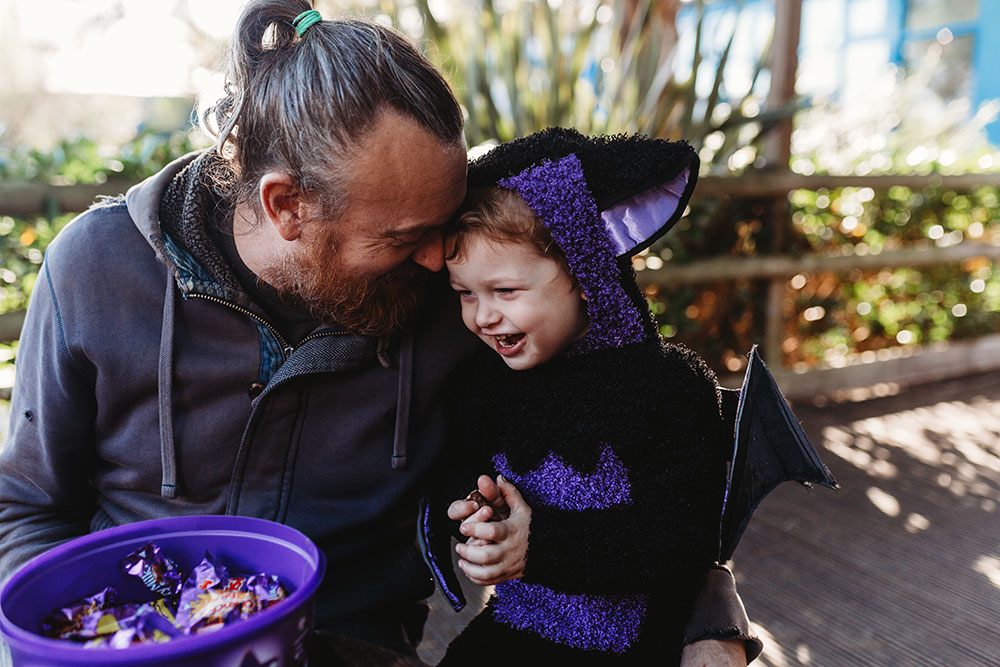 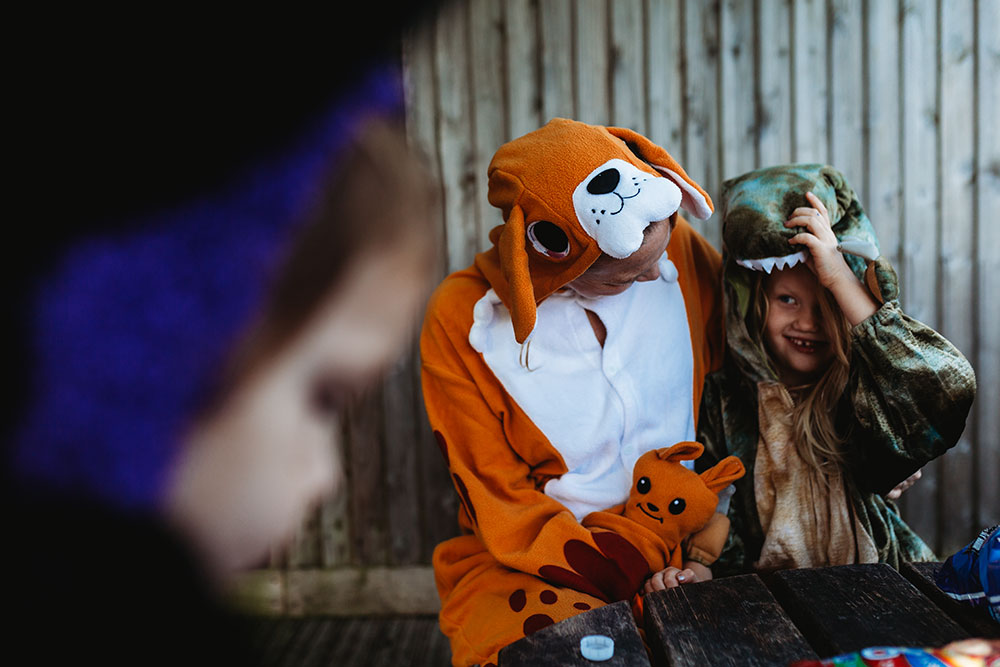 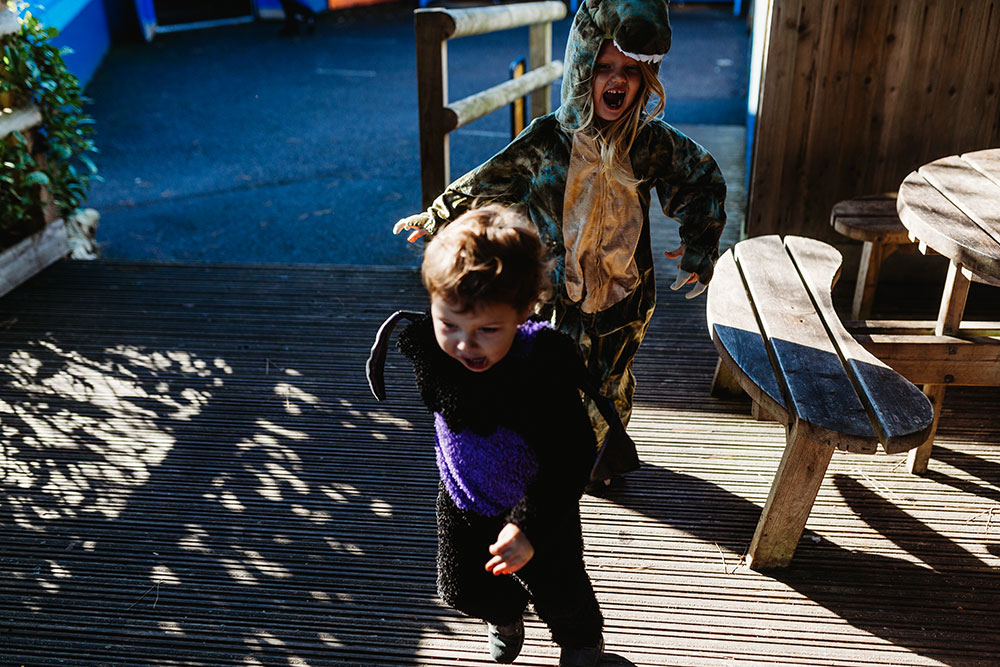 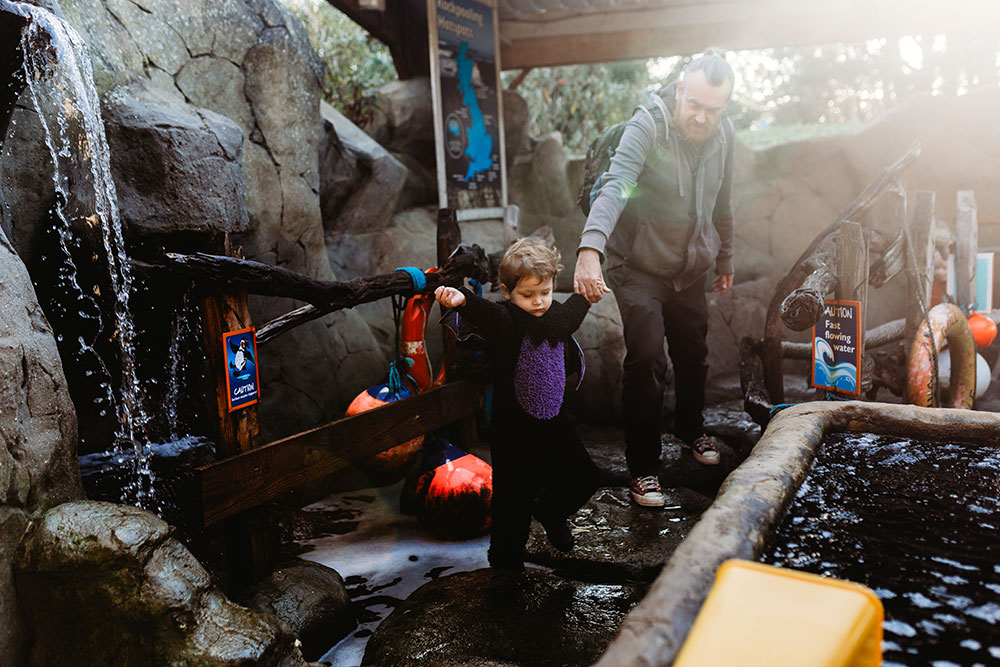 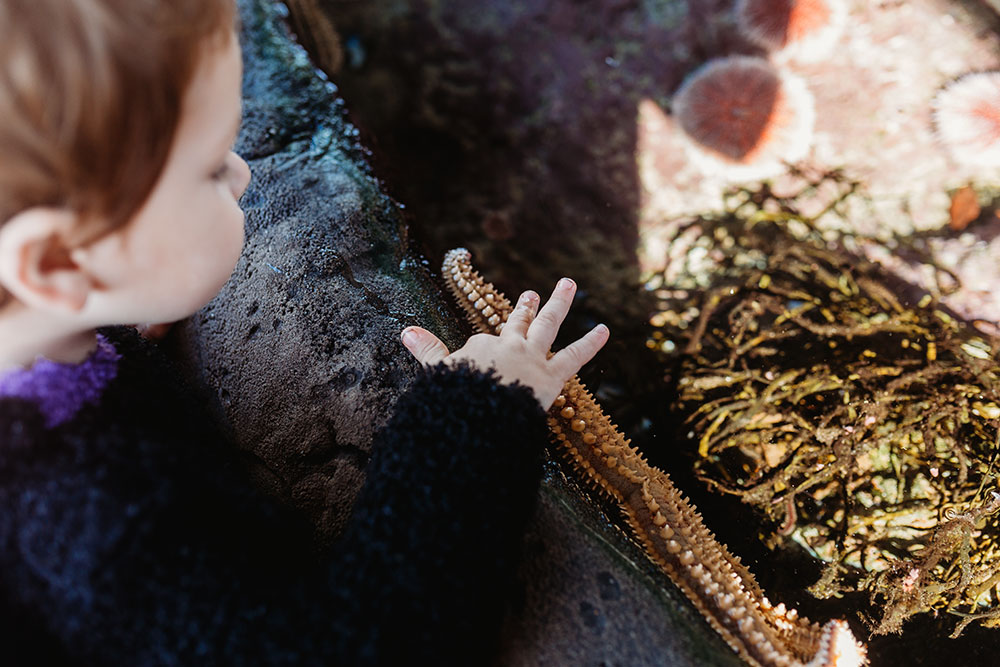 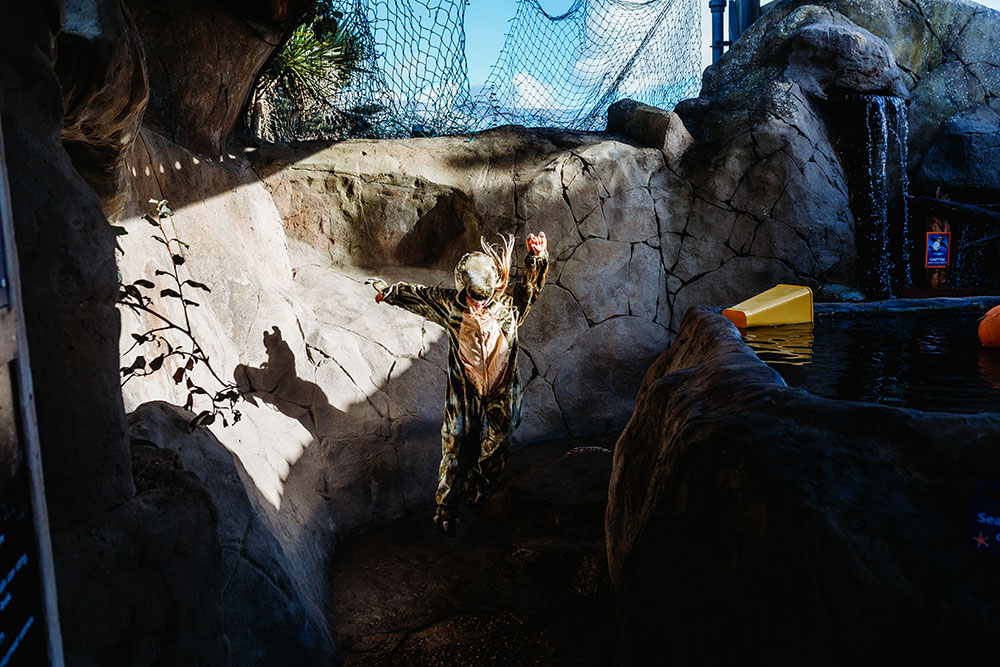 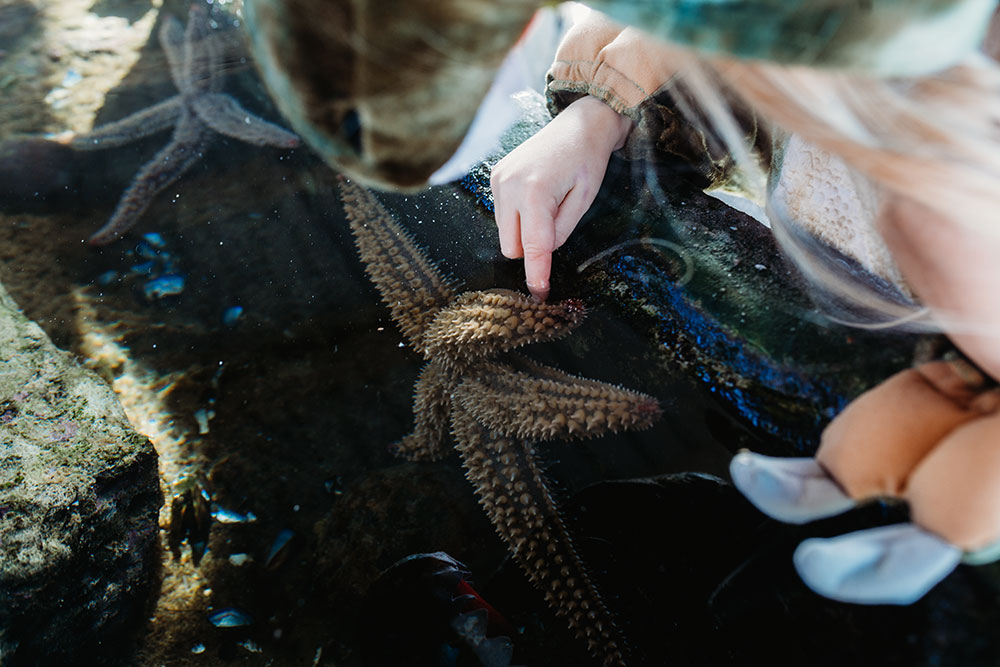 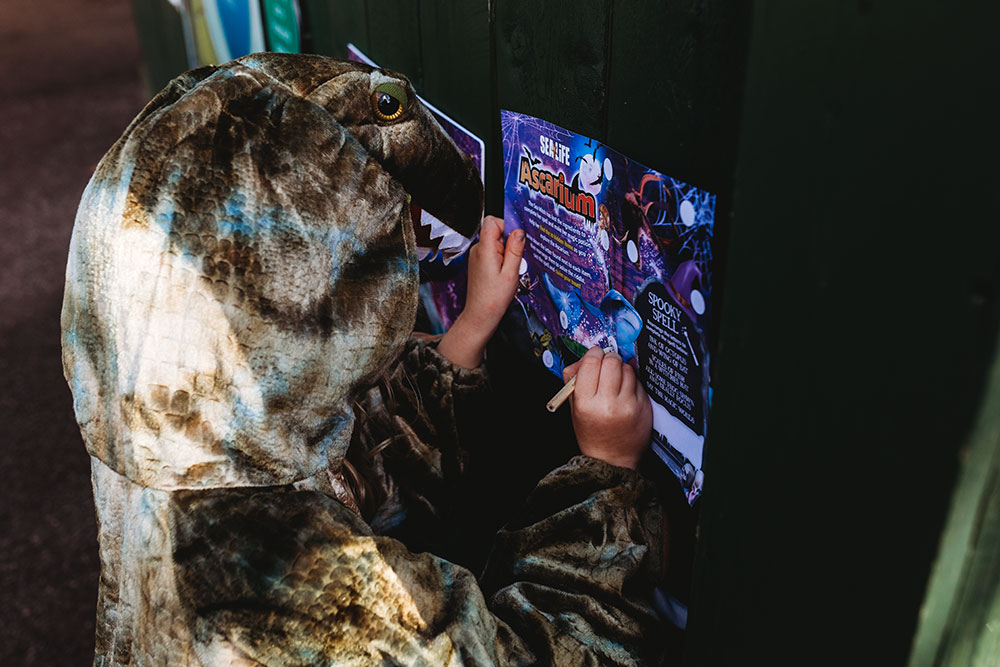 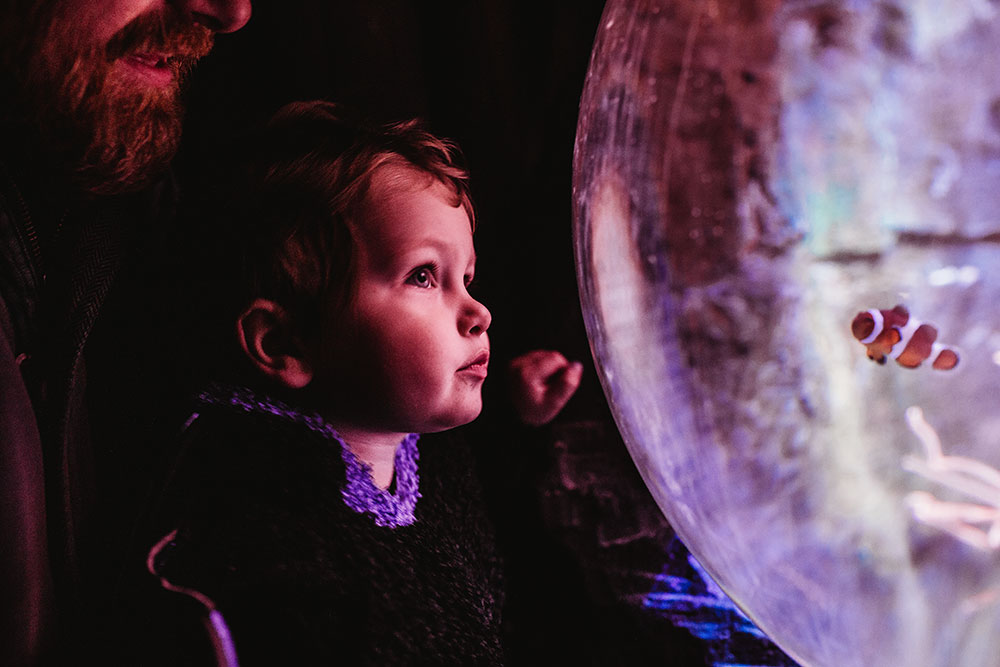 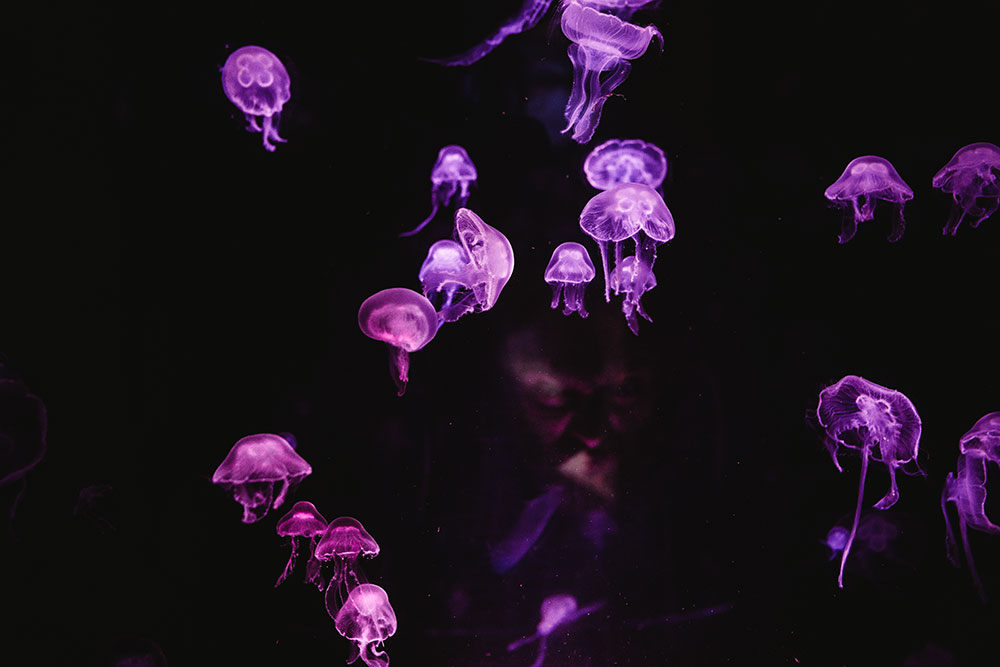 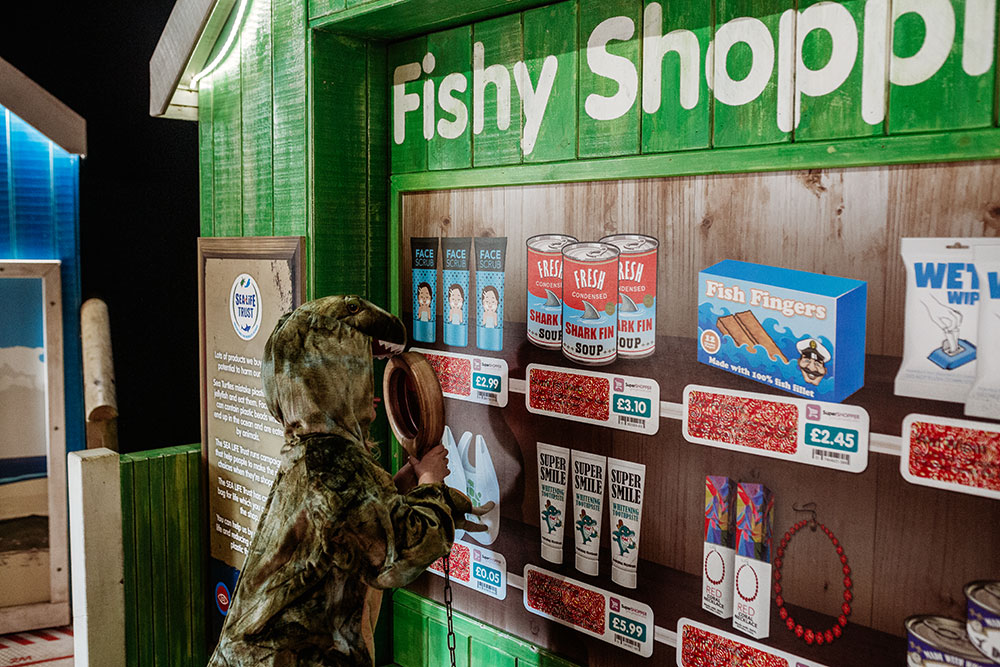 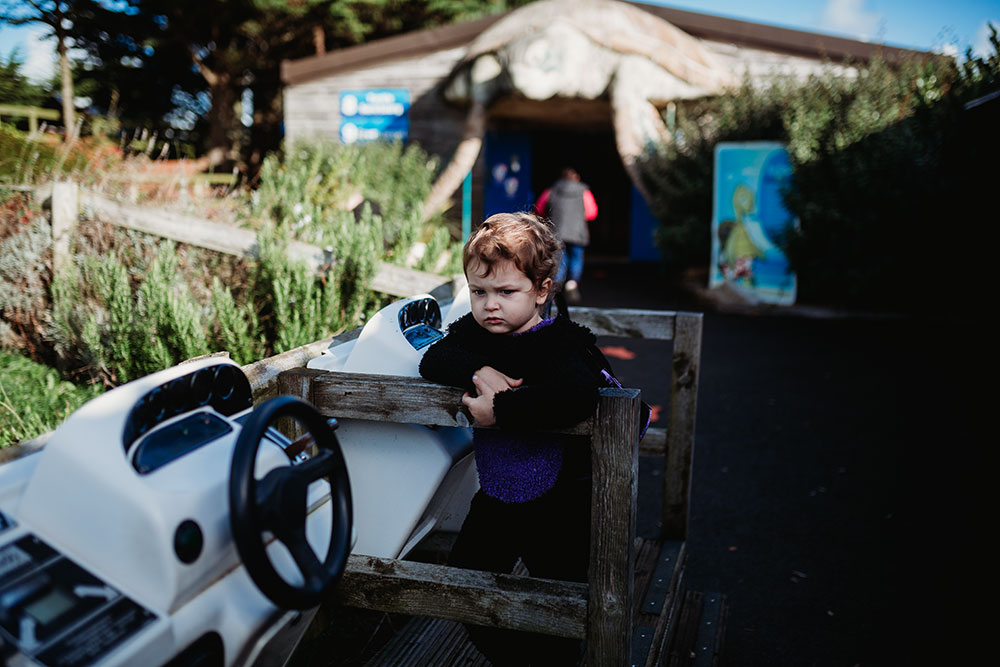 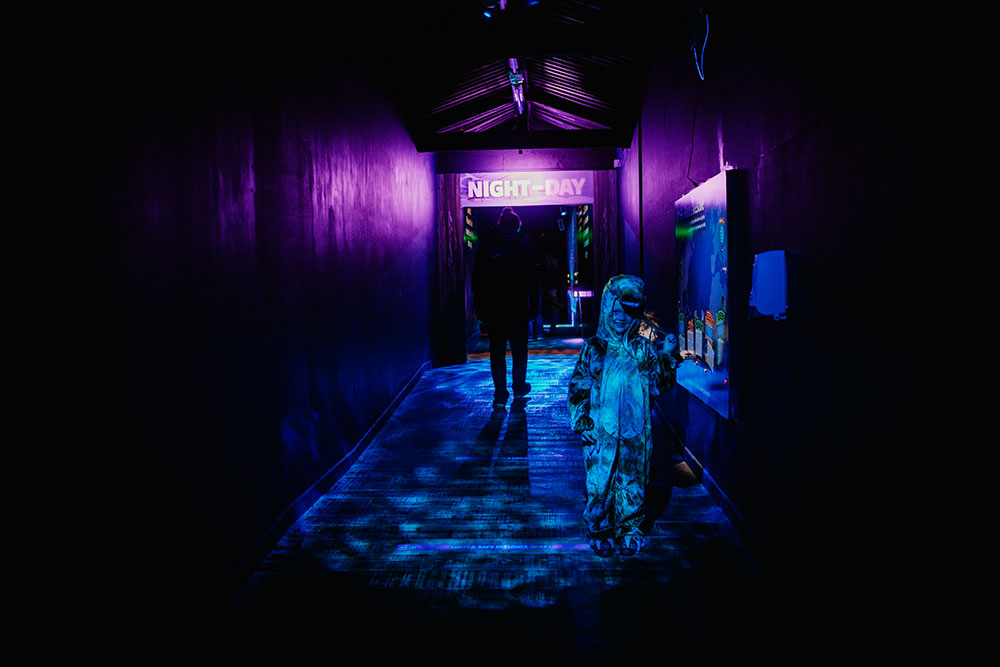 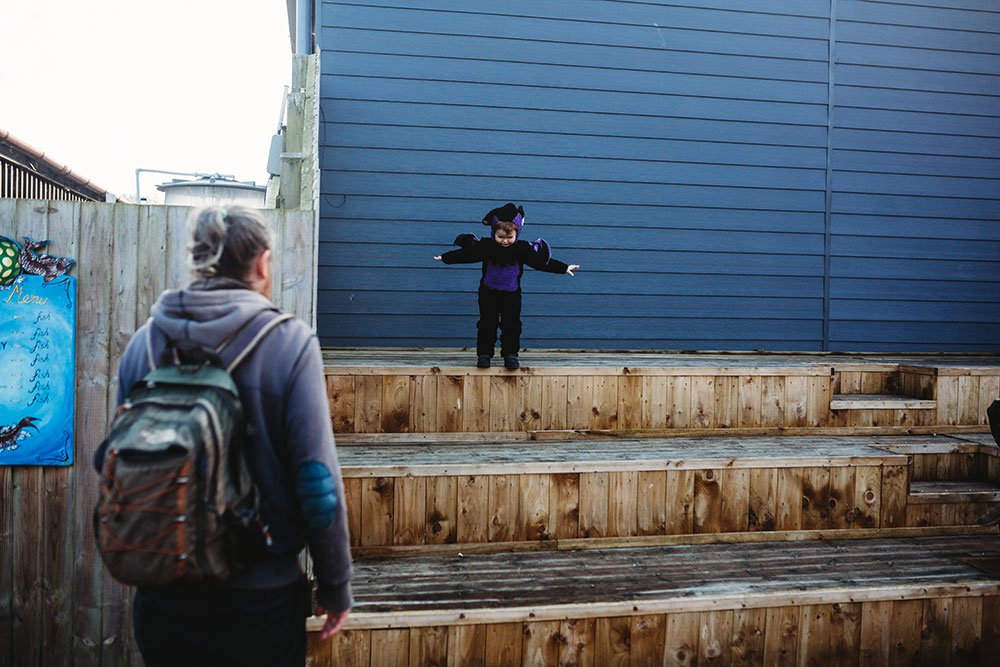 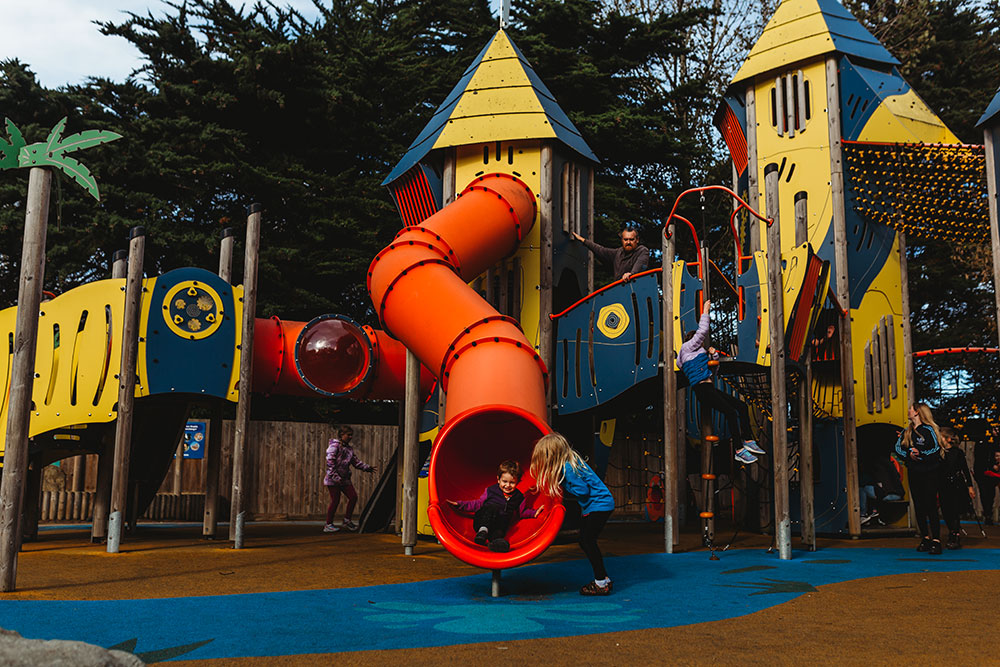 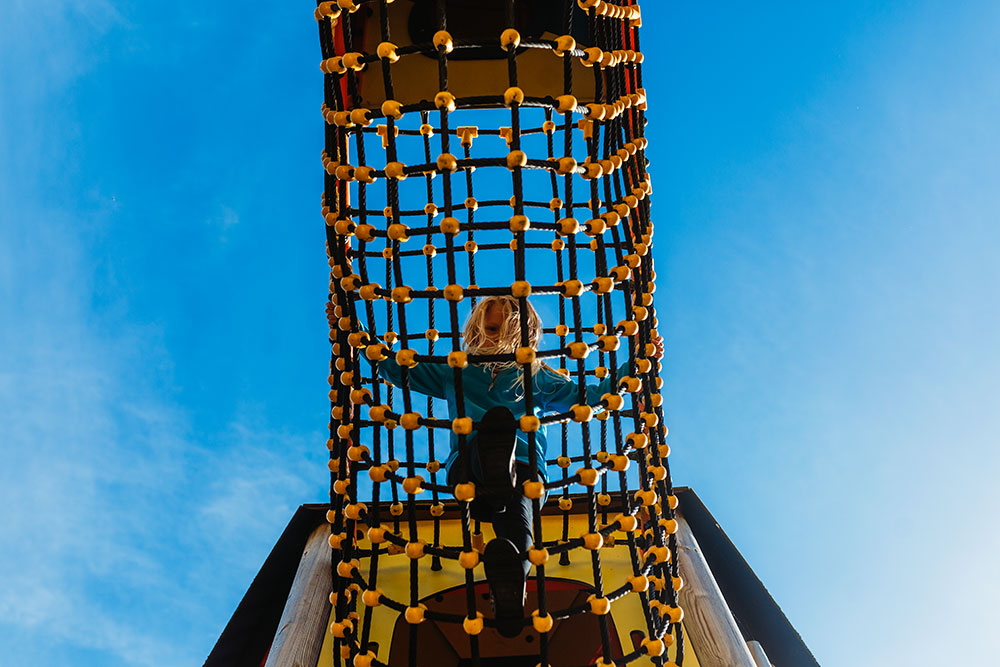 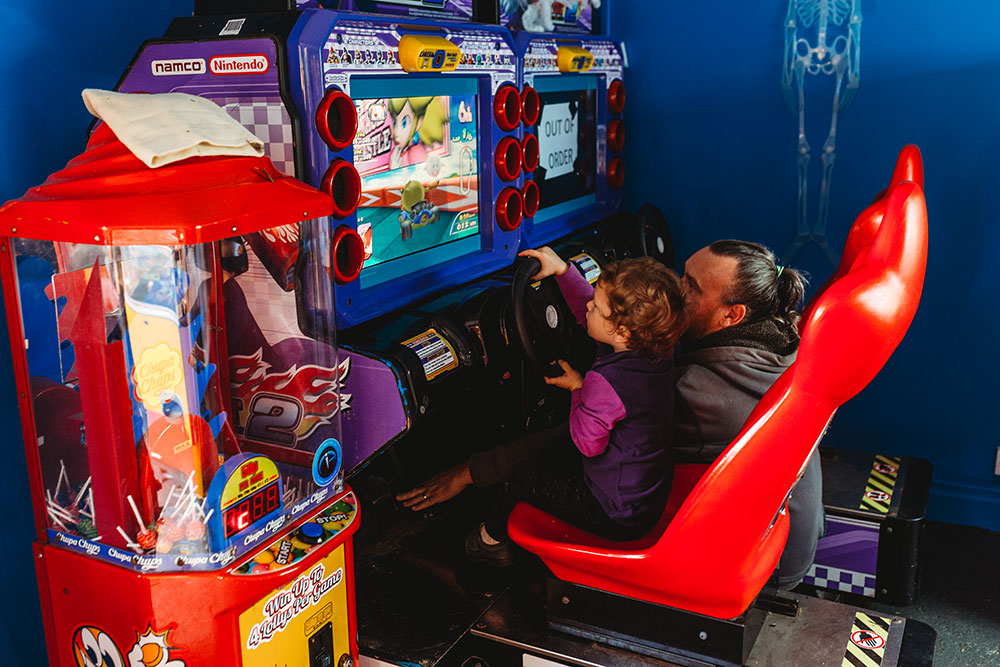 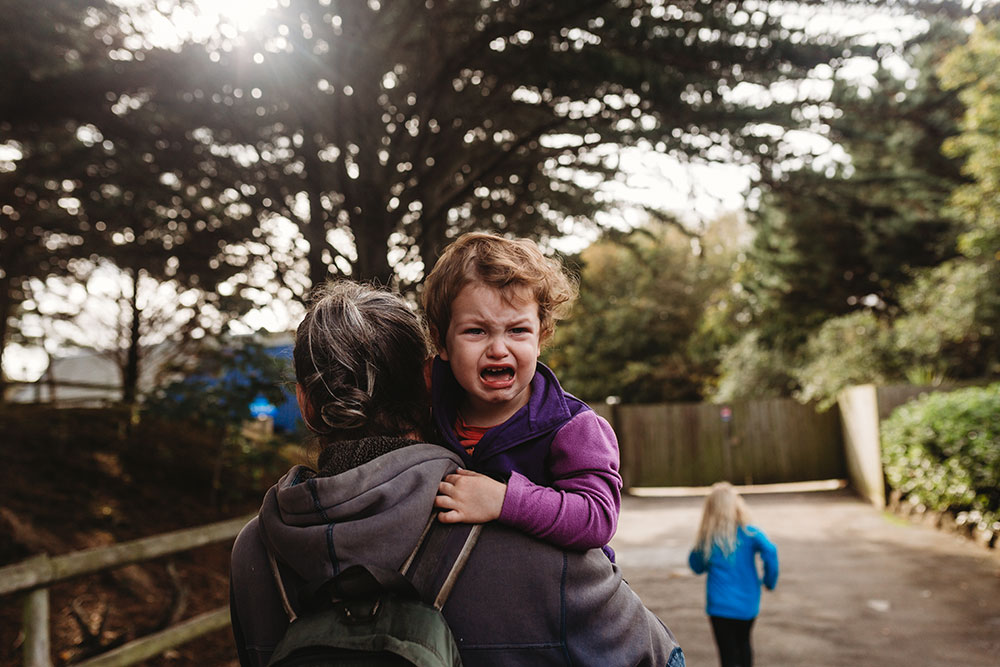 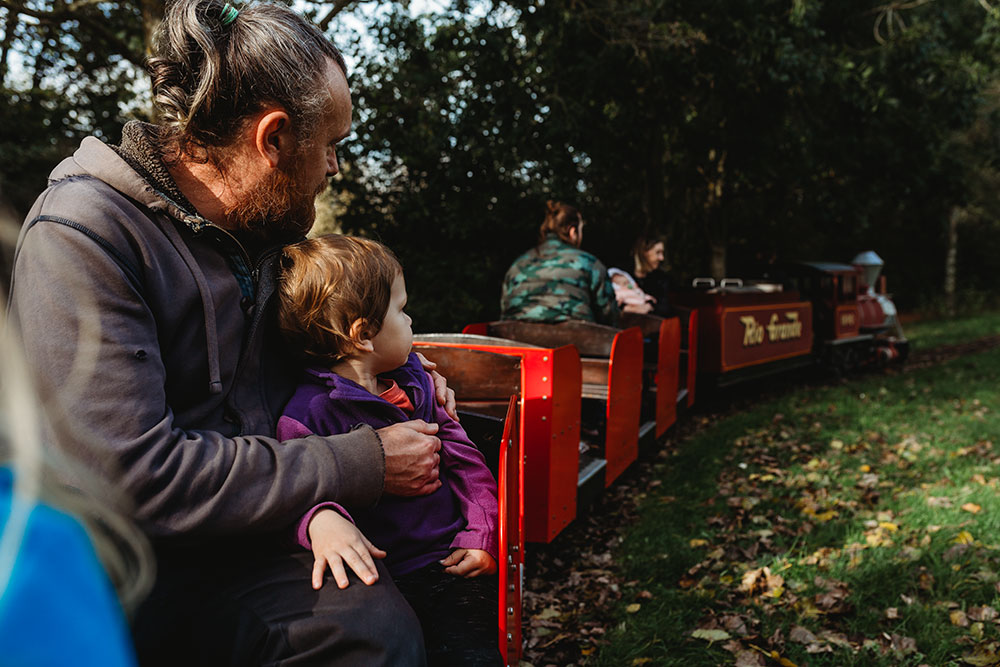 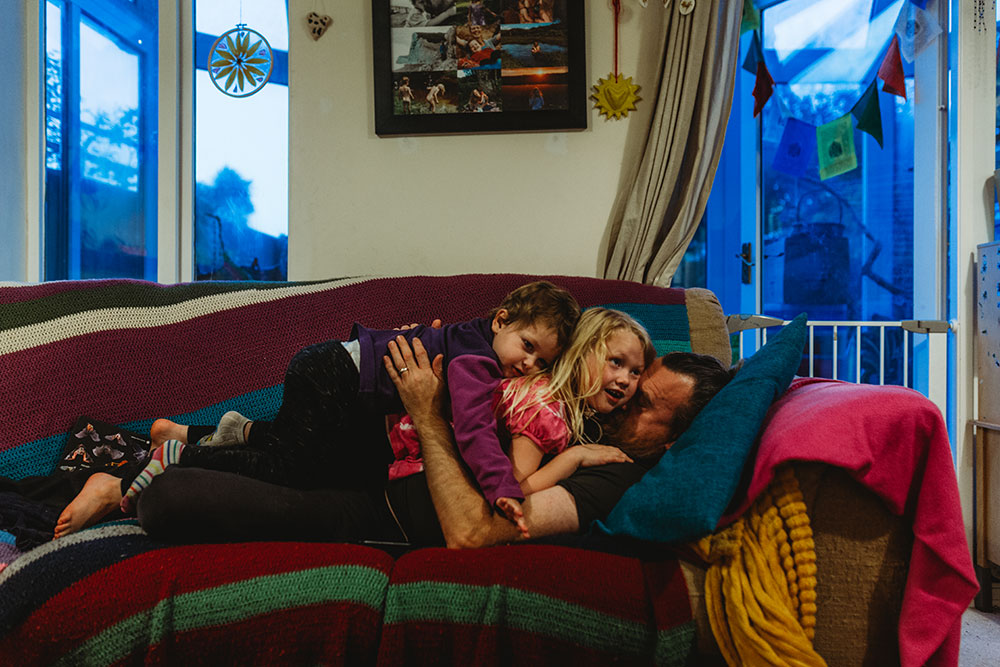 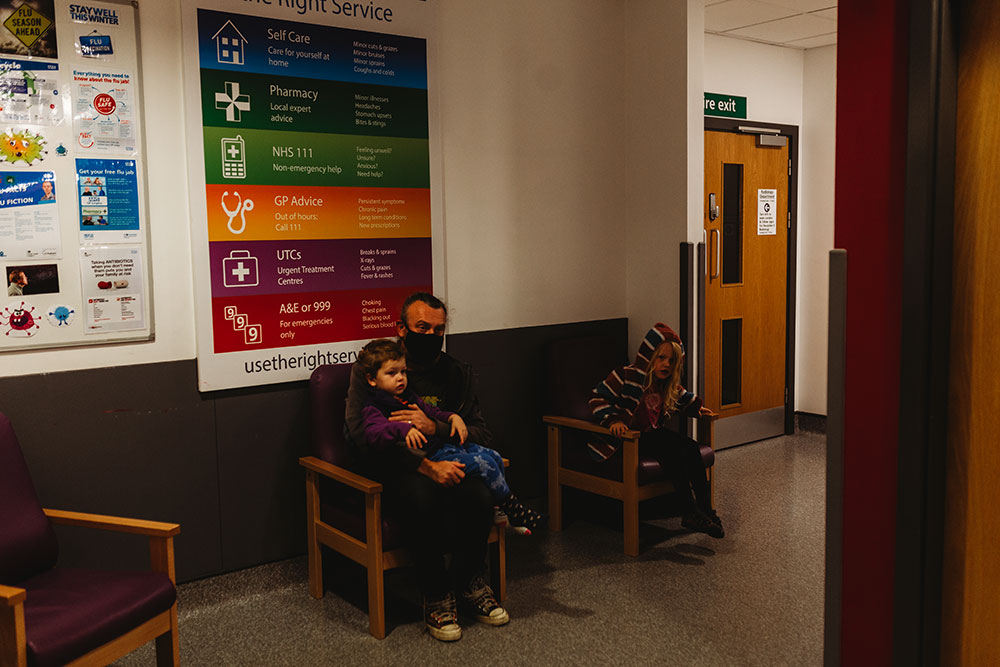 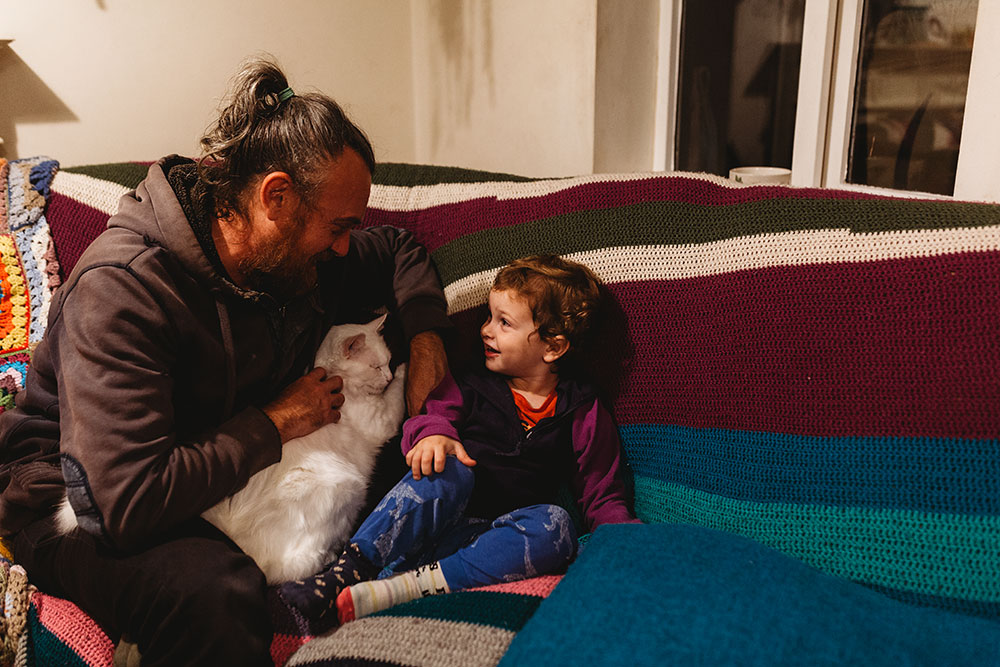