Today is the Winter Solstice and also me & daddy’s 10 year wedding anniversary! I didn’t have the best sleep in the world as you, Forrest, woke up around 4 and started crying because you wanted to go downstairs and open presents but then you ended up having some “numnum” and fell back to sleep. Then you, Nixie, woke up and  were being so loud and giddy that you actually got up and went downstairs. It didn’t help that I had had two glasses of wine last night and stayed up past 1am and had a mild headache. Eventually we all woke up properly and we could hear you having a dance party downstairs.  Forrest, you were being so sweet and wanted to give me a massage before going downstairs and you really do have healing hands. This time daddy also got to experience it. When we all came down, Nixie, you had barricaded the door shut but reluctantly let us in and then you opened the last piece of your countdown to solstice and went on a little treasure hunt in search of two extra pieces of chocolate.

Daddy had to rush out to Smyths toy store all the way in Bournemouth as last night while wrapping your presents I realised that somehow I managed to forget to order one of the main things on your (Forrest) wishlist! I have no idea how I managed to do that but luckily we managed to order it online last night  for pick up this morning. While daddy was gone, you, Forrest, wanted to finish painting your shark pinch pots so that’s what we did and you’ve reached this amazing stage where you are able to do things all by yourself, I didn’t need to help you one little bit with the painting and you did it so perfectly staying within the areas you were meant to be in. I was so impressed! It all felt quite blissful actually, there were no upsets, no big mess, just happiness. After you finished the shark pots, there were two clay hearts that you had made so you also painted those.

Although throughout the morning there were a lot of small annoyances between the two of you and both of you kept winding each other up. When you, Forrest, get angry with Nixie you have started to call her names, the main one being “you mash face!” and it really upsets her. I’m grateful that these instances are short lived and within a few minutes you are both usually back to being the best of friends.

Once you both were done with painting we made pancakes. Even this felt like a different experience and you both worked great as a team. While I began frying them, the two of you were having a dance party in the lounge and at one point you, Nixie, came in with a rope tied around you and Forrest, you were pulling her across the kitchen floor pretending she was a train. We had perfect timing as well because just as I was frying the last one, daddy walked in through the door and we could all eat together as a family. Moods today were quite fragile and Nixie, you ended up getting so incredibly sad over daddy having the last bit of chocolate spread. It was like your whole world had crumbled. Daddy felt bad for forgetting to ask if you had wanted some so he ended up running out to waitrose to get some more for you but by the time it came to eat it you were already full.

After breakfast it was time to make our yearly bird feeders with bird seed and coconut oil. Forrest, you really enjoyed making them but Nixie, you did one and then just wanted to go and continue writing your list of favourite songs. But really you just wanted us to be finished with them as quickly as possible because we had said you could open a present from grandad afterwards. And when it came time to open them the two of you were over the moon excited. Forrest, you got a chocolate and Oreo train building kit and Nixie, you got a chocolate house building kit and as soon as they were unwrapped we were back in the kitchen to start building them. Annoyingly almost all of the chocolates in your (Nixie) kit was broken but it was nothing that a little melted chocolate couldn’t fix. I really enjoyed doing this with you both! When we finally finished making them it was basically time to head off to Solveig, our family tree.

I had been a bit worried that we wouldn’t make it to Solveig for this Winter’s solstice because ever since you, Nixie, had an awful experience where you got separated from us and lost a several months back when we were there with friends you haven’t been wanting to return (even though it all happened nowhere near our tree). It was one of the scariest and traumatic experiences we’ve been through. I had also thought I had lost you. Luckily though you dealt with it perfectly and walked back to the car and found a nice couple to help you. For the past few months this experience has been playing in your mind and you’ve been getting really upset just thinking about it. We’ve spent a lot of time talking about it and trying to help you work through it. And for the past few days when we had talked about going to Solveig you would just give me a direct NO. So when you said you would go I was pretty surprised but also super proud of you for facing your fears.

While driving there, you, Nixie, continued with writing about your day in your notebook (something that you’ve started doing since we visited Butser Farm) and since you, Forrest had been watching her you also wanted to do this too and kept asking her how to write an “e” and then “two”, it’s really sweet to see you wanting to learn to write just because you want to copy your sister. There was only one condition that you, Nixie, had about going to Solveig and that was that we would go the heath way and not through the forest and when we arrived at our car park I mentioned to you how proud I was of you and that what you were doing was really brave. Forrest, you then wanted to talk about what had happened and Nixie, you didn’t and this caused a huge upset and you shouted at him which made him cry. He told you that you had hurt his feelings and then you said you were sorry and he said that the only thing that would make him feel better was if you could write “I love you” down in his little notebook.

It felt so good to be outside in the winter air, there’s something about doing this walk to our tree on the solstice that makes it almost feel like a sacred pilgrimage. Well it is for me. I always use this time to reflect on the past year, acknowledging the good and the bad, and paying special attention to the things I want to let go of, life has become so full as of late and I haven’t been able to feel as connected to my inner world as I usually am and having this opportunity to do so felt so important.

As we approached Solveig, the two of you ran ahead in excitement shouting, “I missed Solveig!” and immediately ran to her familiar branches and embraced her. I do love her, she really has such a special energy surrounding her and this time she felt different, her twisting branches seemed to hang even lower than before. Straight away we began hanging our bird feeders on her branches and Nixie, you, managed to climb up one of her branches that you’ve never been able to before and I thought how amazing it is that this tree holds so many different memories for us. Then it became time to have out hot chocolates and just relax for a little while on her branches. As the sun set it became time to head back home but before we could do that Nixie, you had noticed one of the birdfeeders had fallen down so you asked Forrest if he could hang it up again which he was super happy to do and while he was doing this you wanted to photograph him. At the moment you are absolutely in love with documenting our life. You even told me a few days ago that your camera is your life and that you just want to take pictures of everything! I can’t help but feel a little bit of pride being able to share this love of photography with you.

We had a truly magical walk back to the car in the dark, our path only lit up by our torches. There was a layer of mist covering the landscape which gave everything such an ethereal quality to it. Nixie, you especially were in awe of it and kept trying to capture it with your camera. I love walking in nature in the dark, I love hearing sounds you don’t normally hear because your other senses are having a bit of rest. We stopped many times along the way just to listen.

As we got into our car, Forrest, you shouted out “Bye Solveig!” and off we went back home. Usually we light a fire and write down our intentions to put into it but it felt late and the two of you were very tired and we knew we had to get up super early the next morning to make our way to Stonehenge so we decided we’d have our fire the next day. After a quick dinner you both opened your traditional eve of stonehenge presents before getting cosy in your new pyjamas and making your way into bed for storytime. 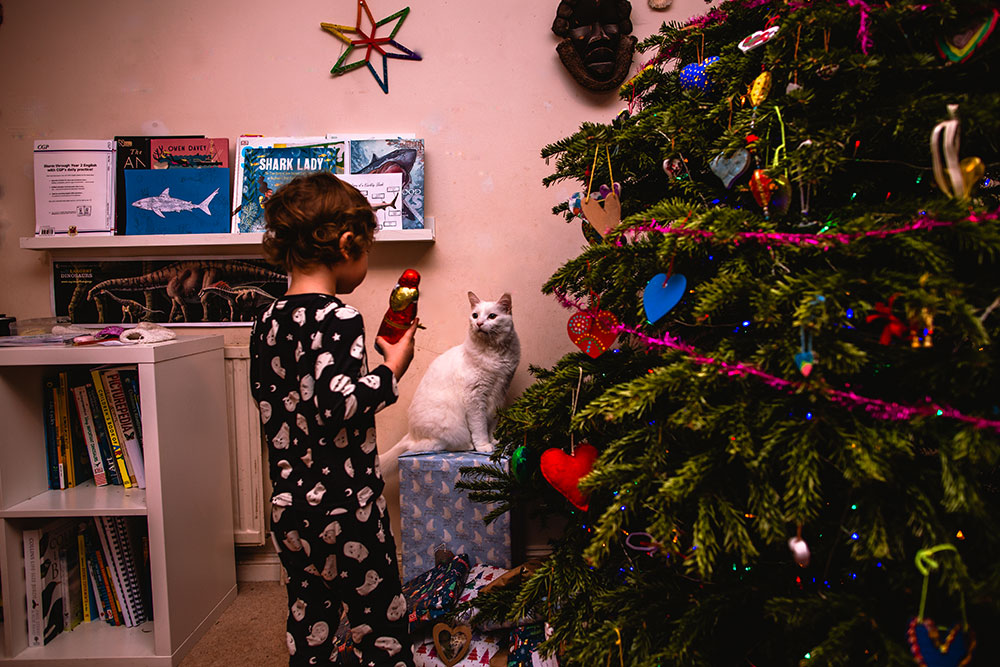 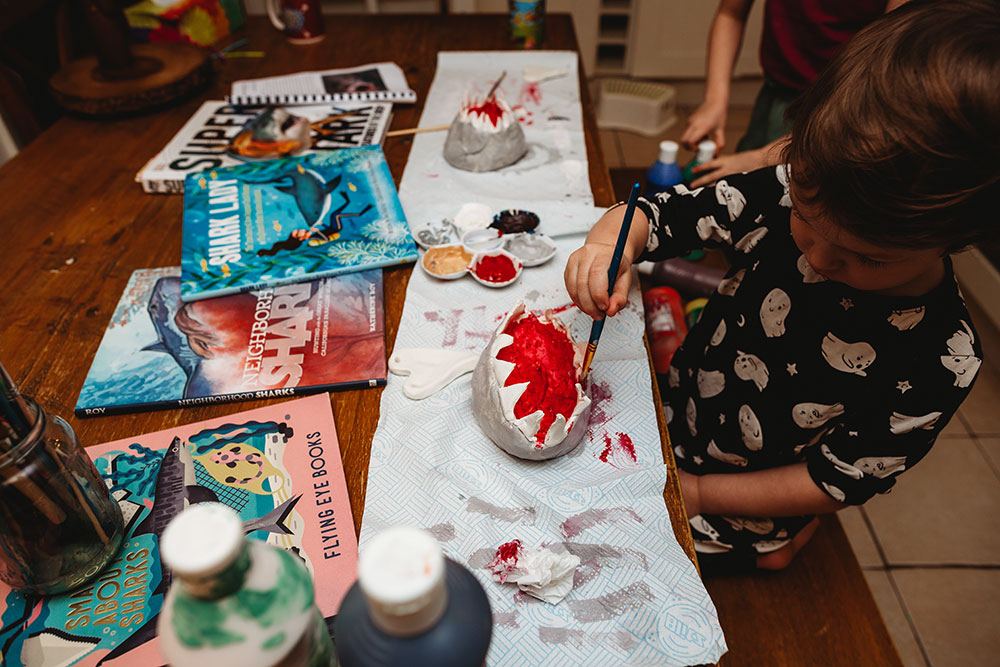 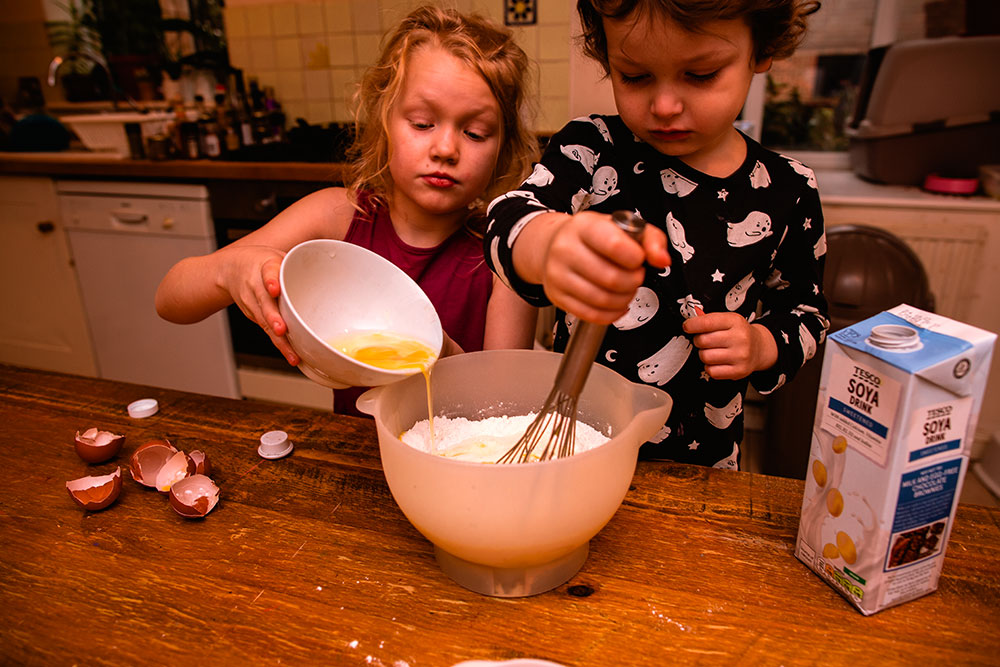 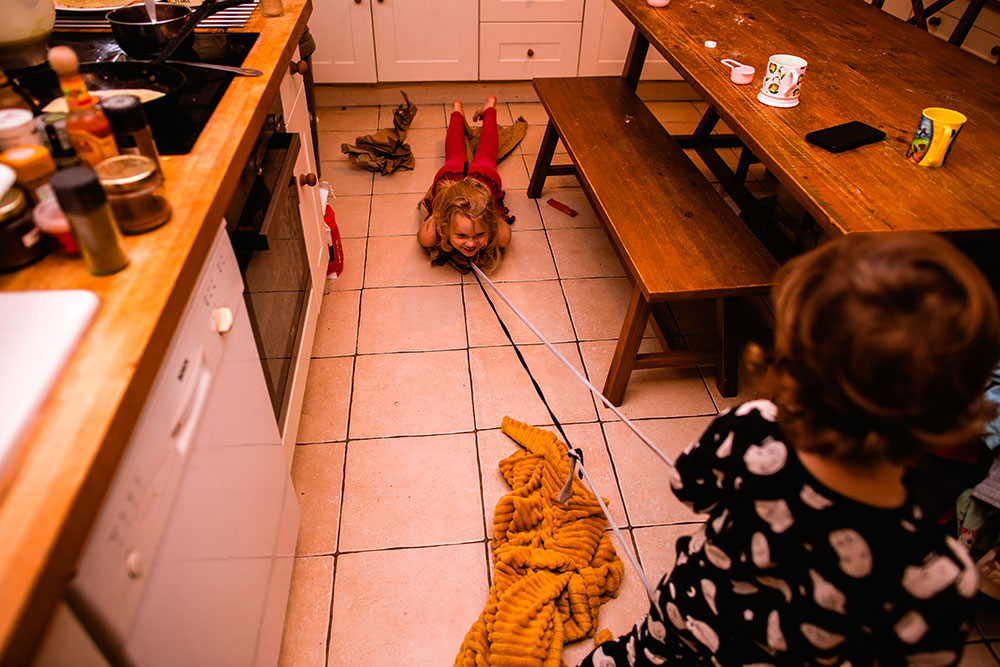 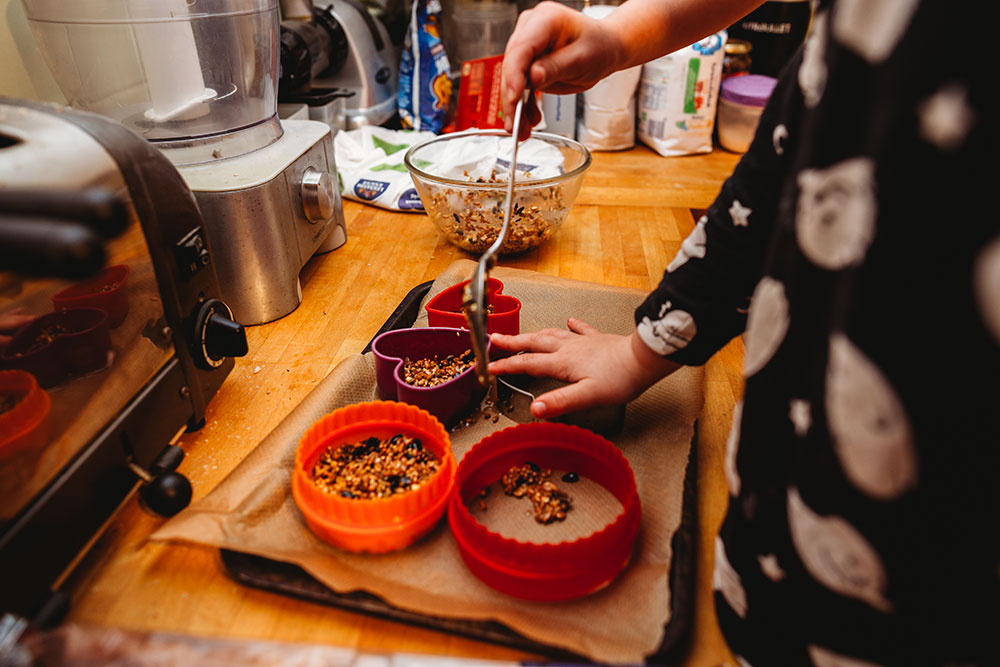 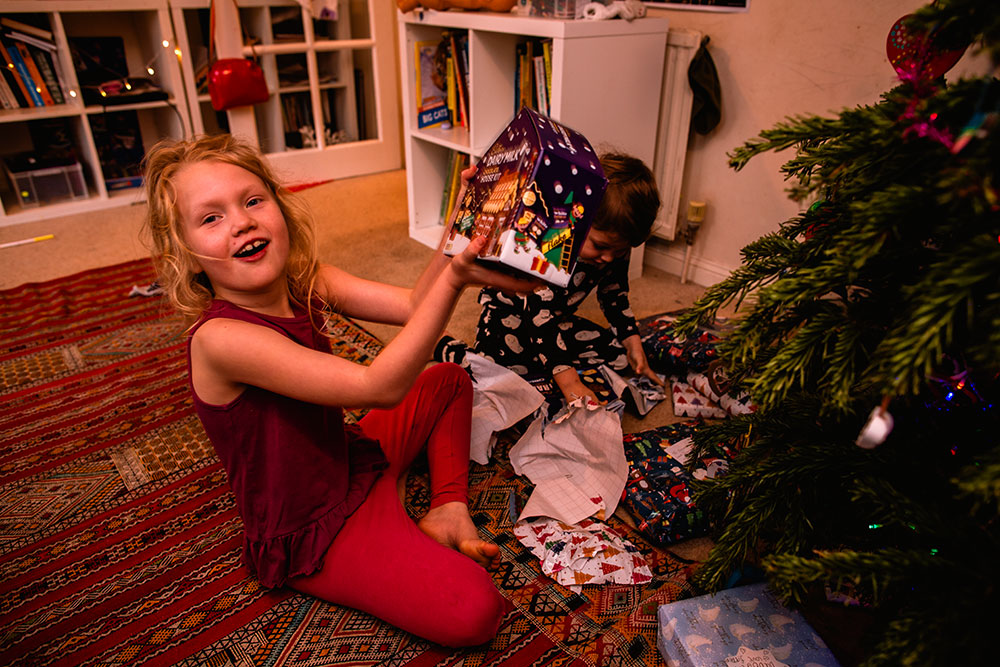 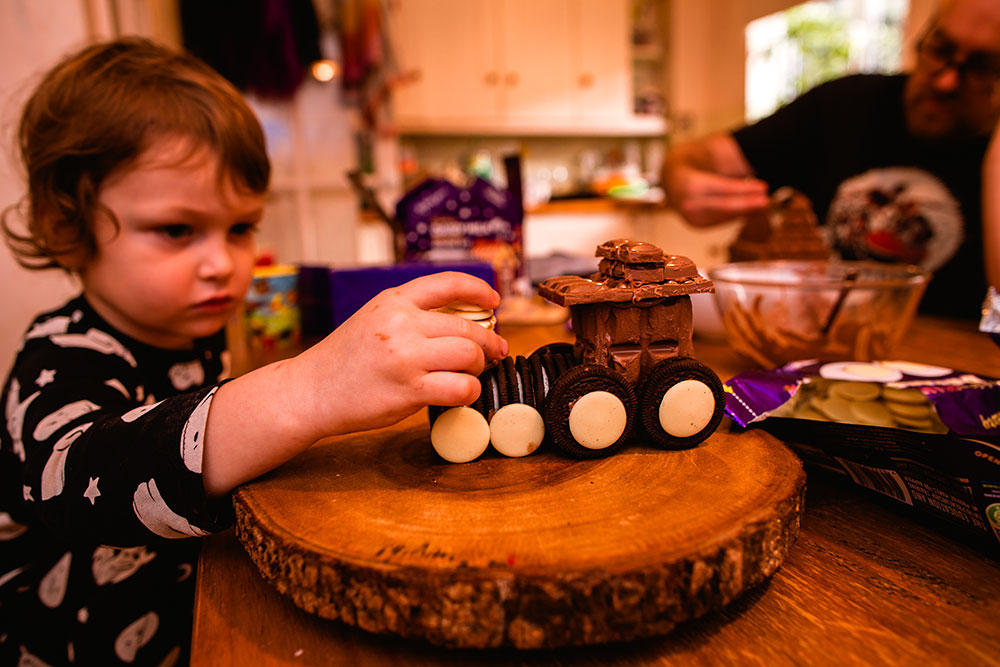 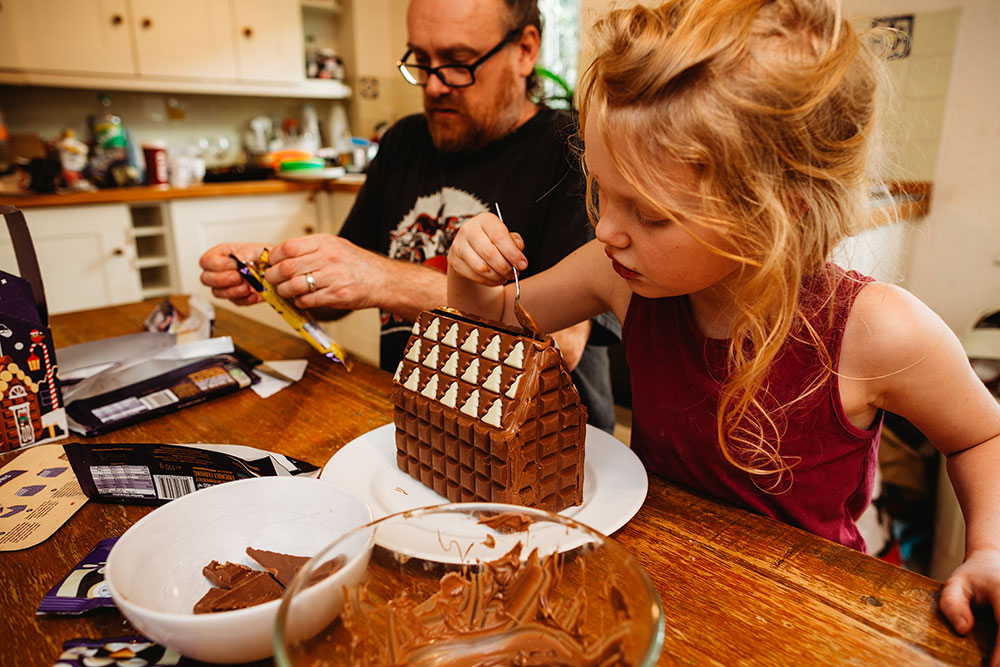 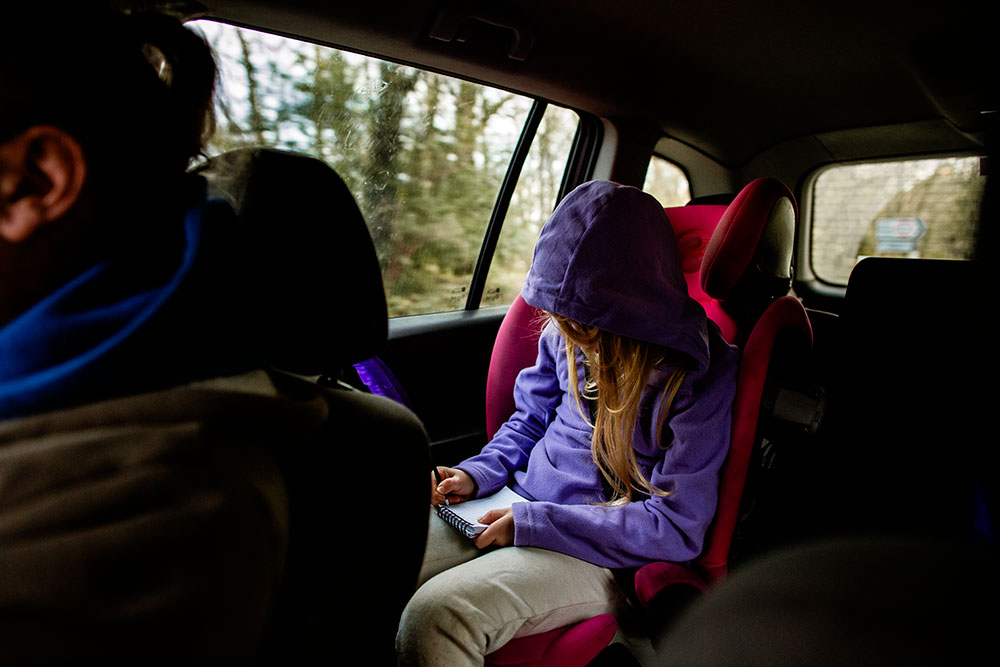 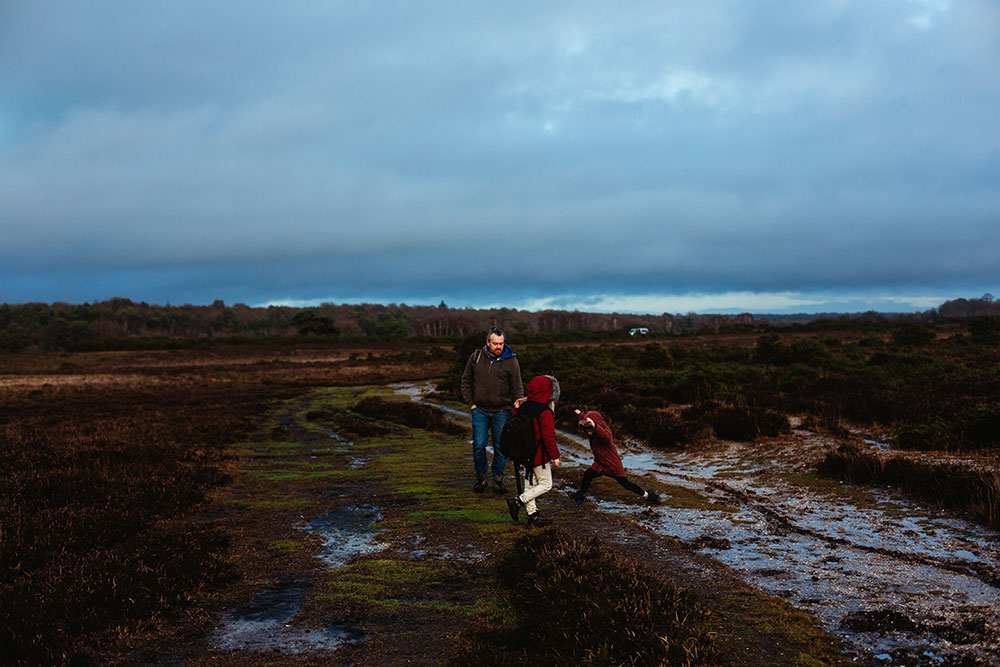 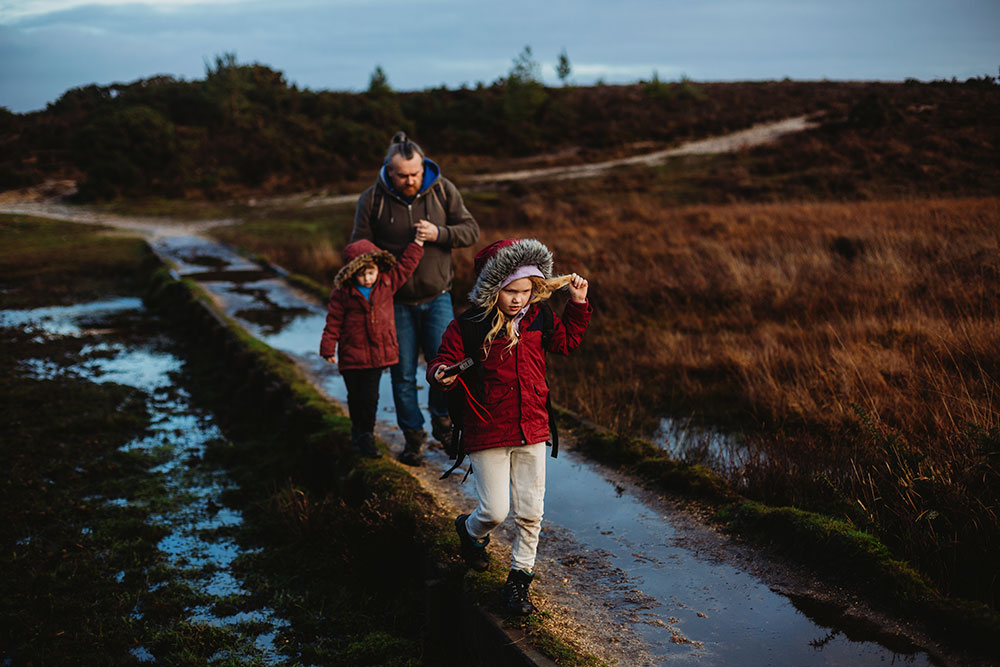 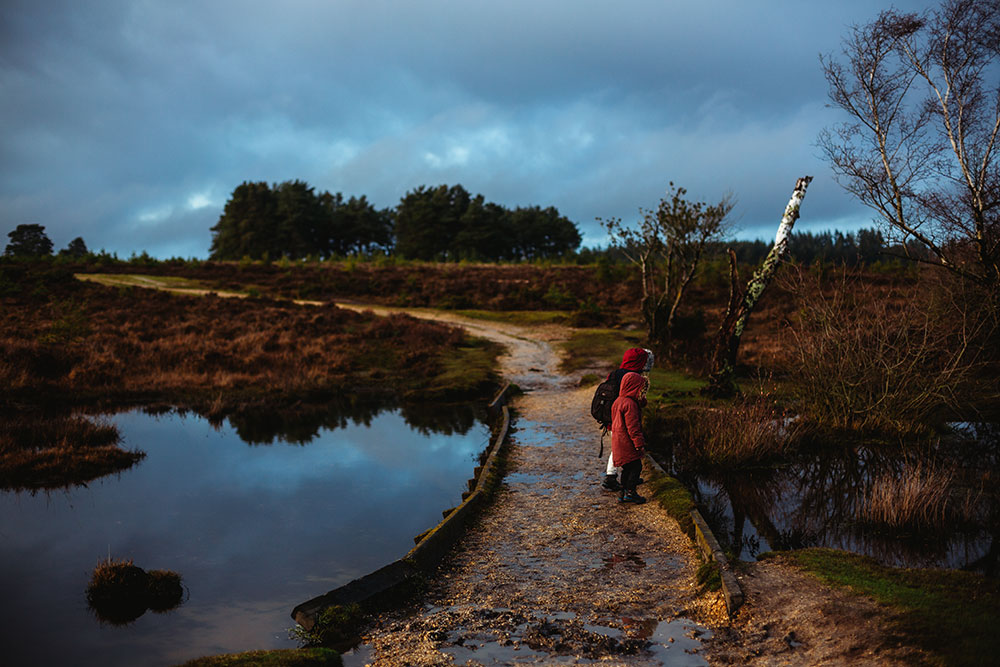 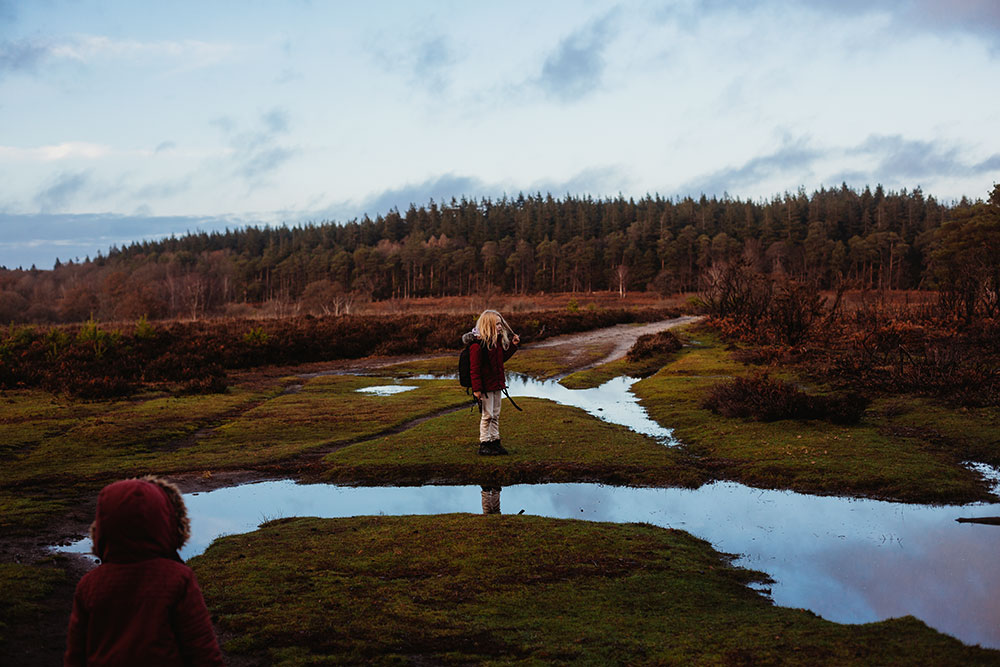 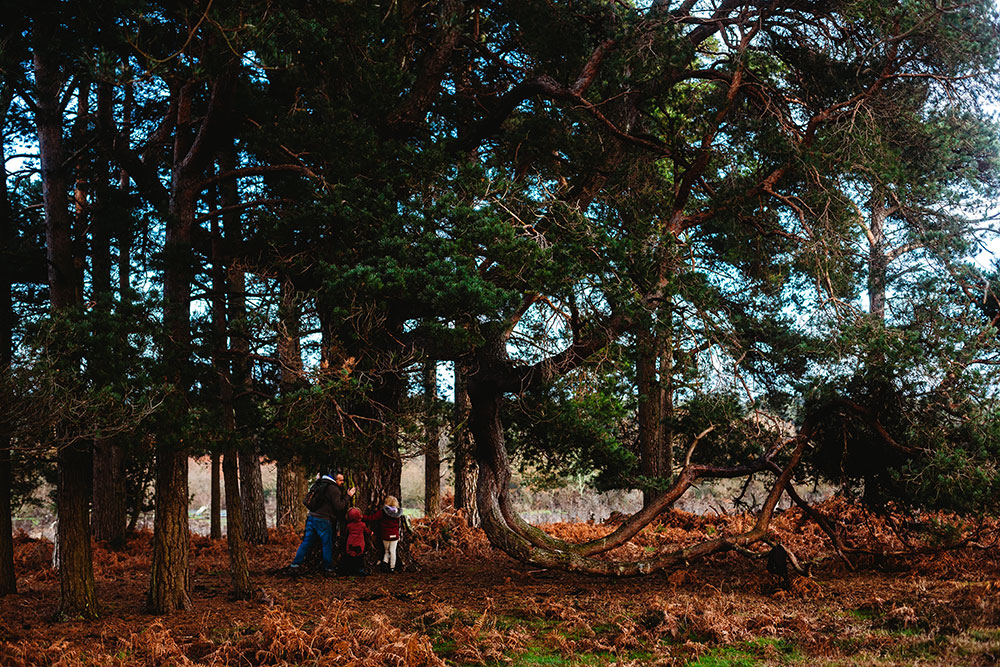 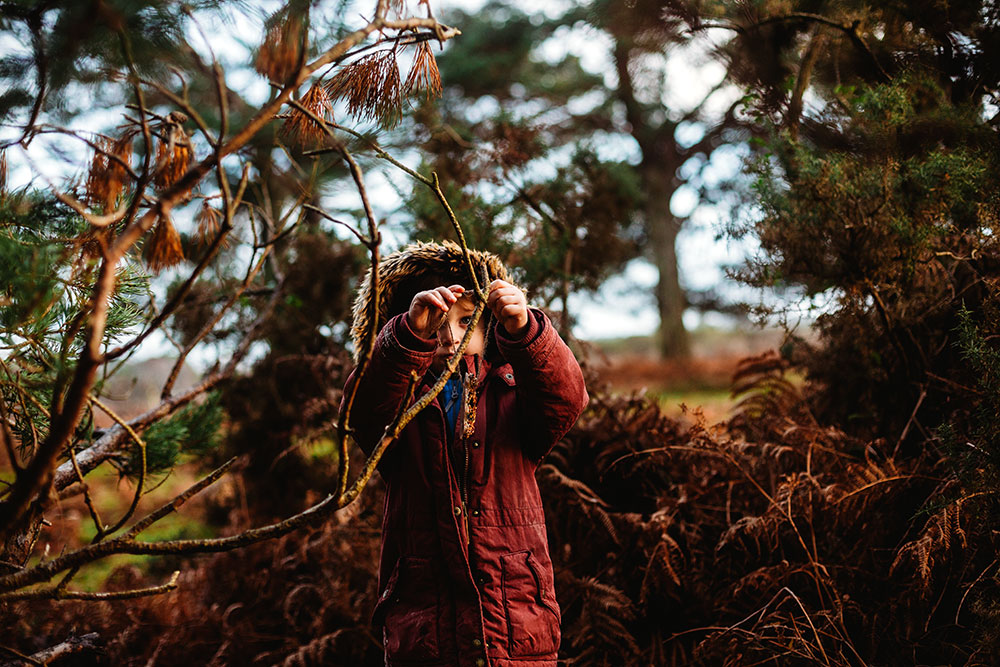 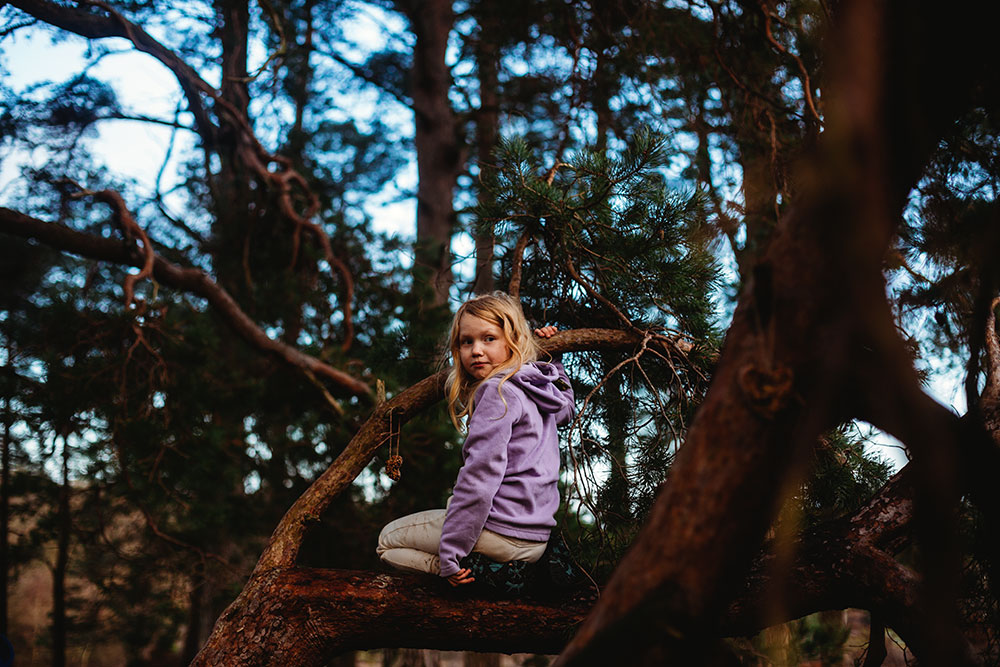 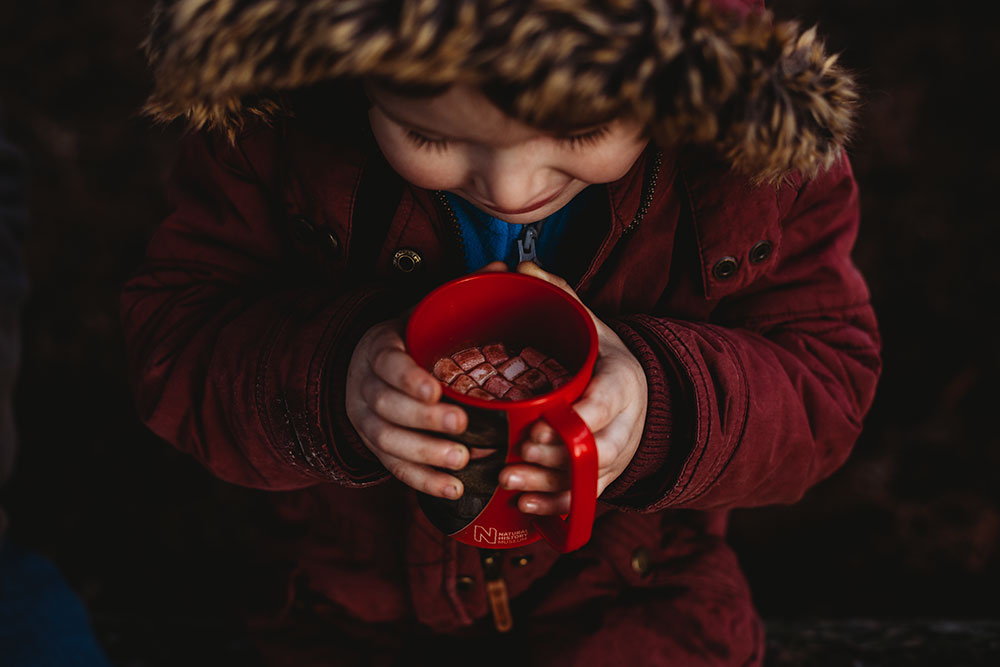 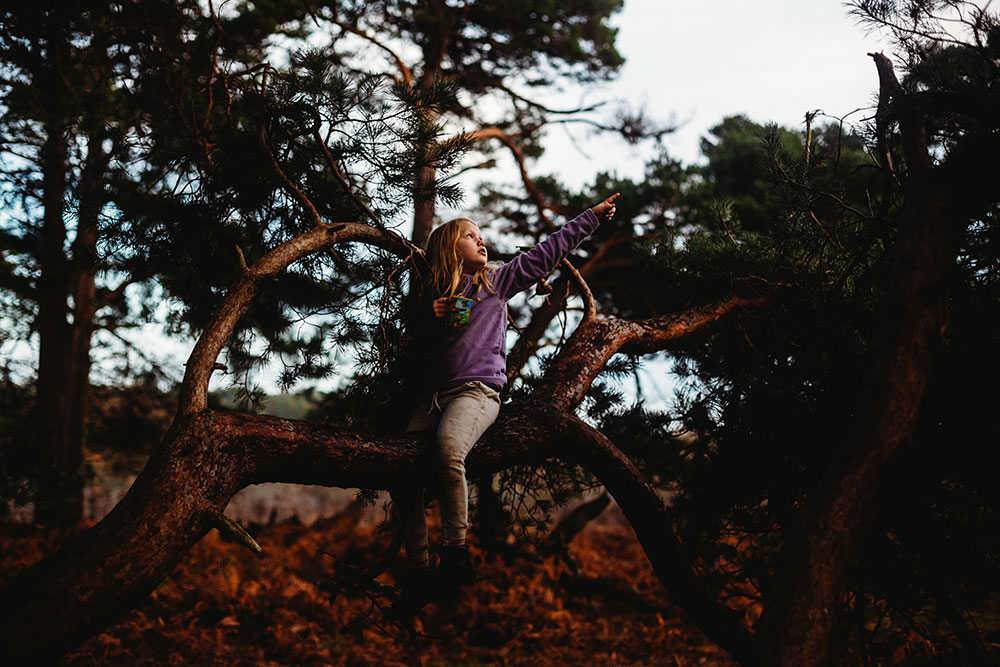 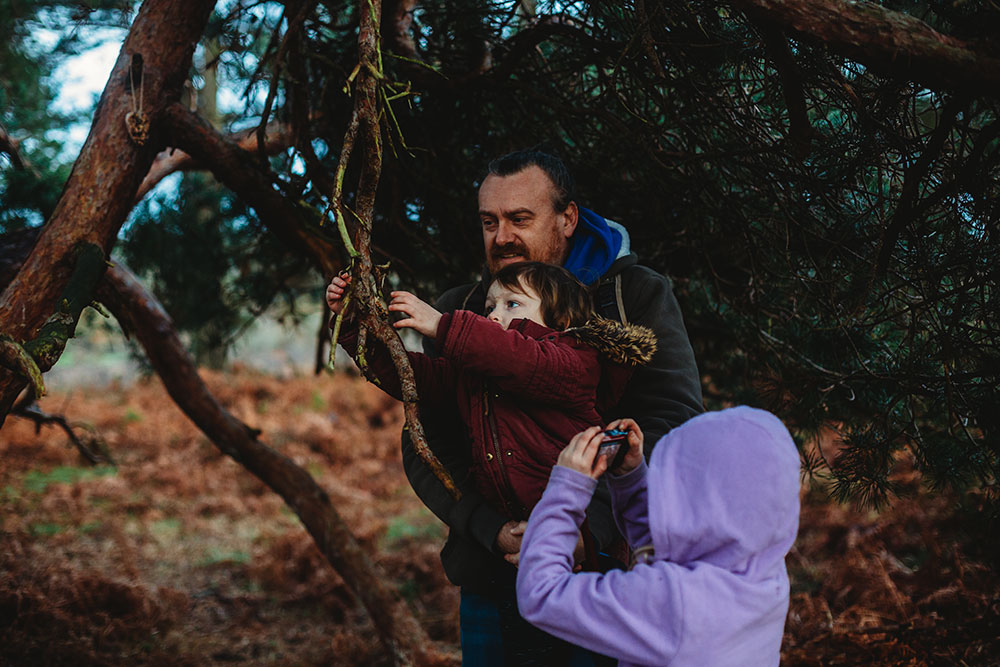 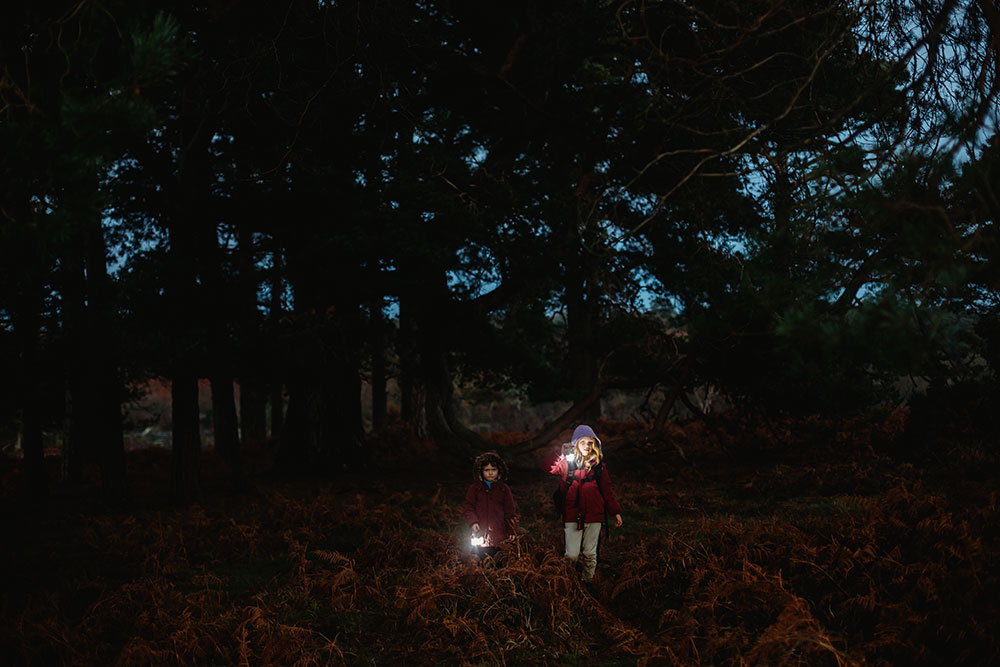 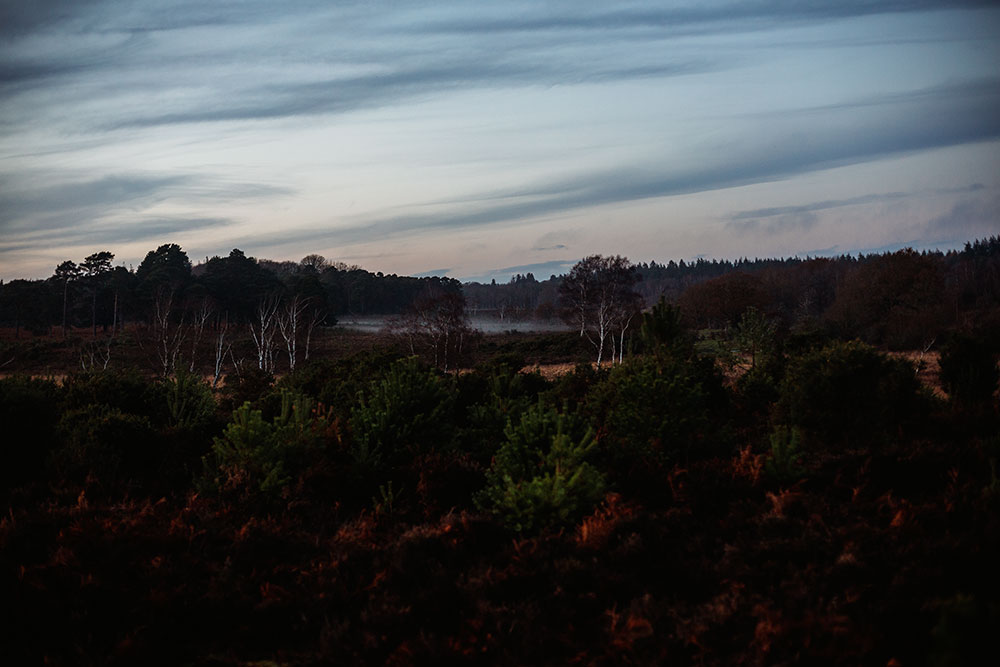 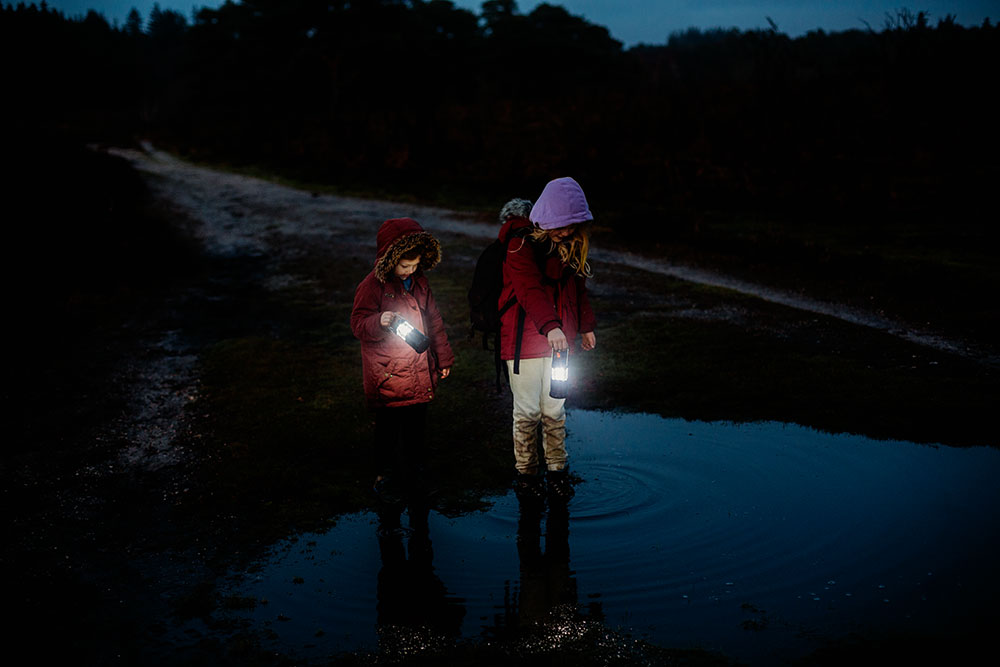 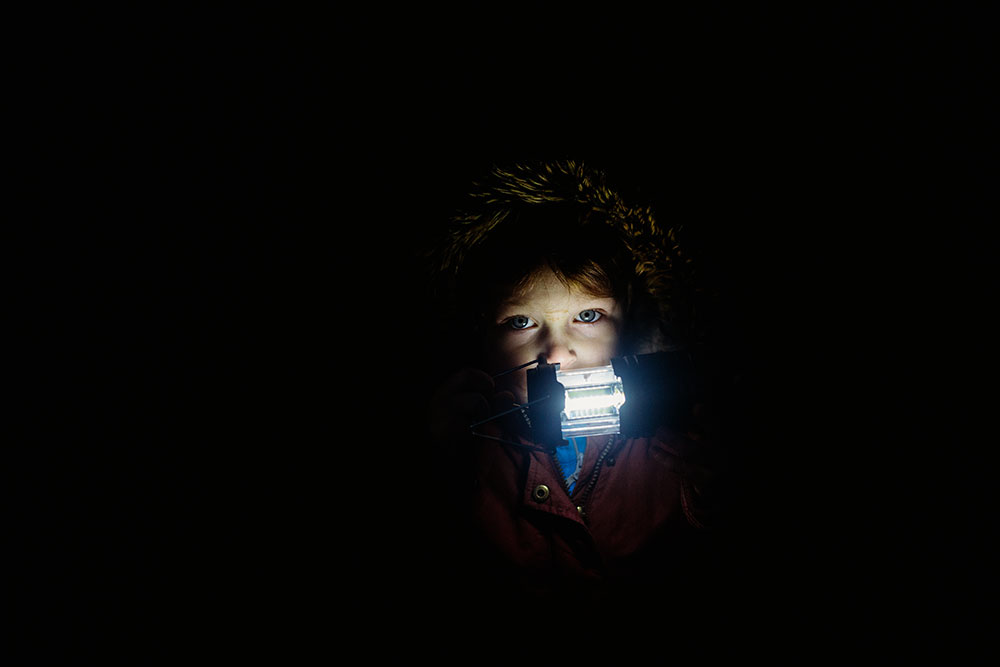 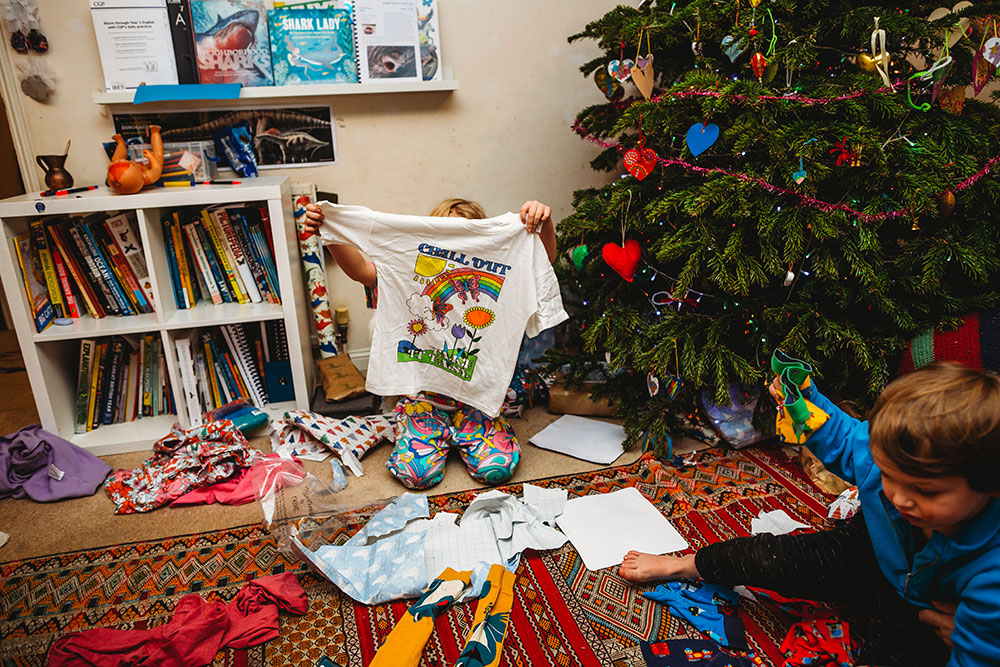 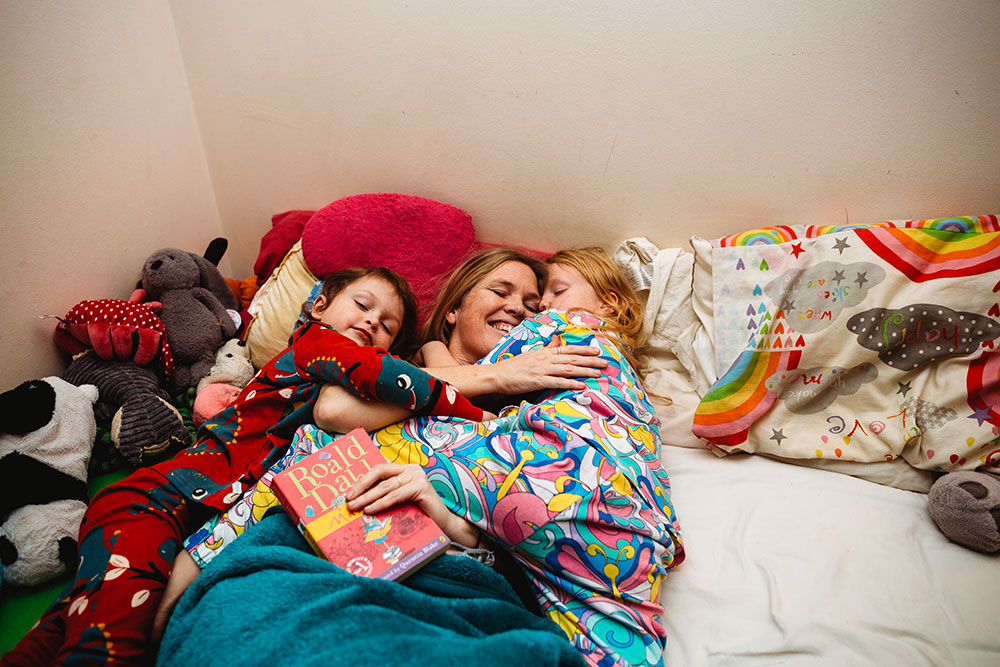