Today i woke up with both of you wrapped around me, you are both such snugglers, needing human contact throughout the night. Somehow you,  Forrest,  and I managed to get out of bed at 7 without waking anyone else.  The first thing you wanted when we came downstairs was a nature valley bar,  you've had this obsession with them for months now! And then you watched your new favourite show,  mighty express.

A short while later you,  Nixie, came down with the sweetest morning face. A little while later I happened to look out into the garden and saw Muad'dib! I had accidentally left a window open and he got out.. Now I'm wondering if he snuck out at all during the night.

Forrest,  you wanted to play with the poo dough and make more poo.  I was so amazed by your initiative!  You went and got it out all on your own and then I asked you if you wanted the id cards and you said "yes" so I got them and laid them out for you. Then you excitedly picked up the squirrel card and started to shape the dough into poo,  you even held the poo you made against the card to see if it matched!  Then you made some hedgehog poo and some more fox poo.  It's just amazing how this was completely self directed by you!  After a little while you wanted daddy to join you and the Two of you spent ages making poo and you loved the way daddy was making them so you started copying him,  it was so sweet and then you,  Nixie also decided to join in  (In between your singing to Frozen of course,  you can't get enough of it! )

You also helped me prepare our lemon balm infusion which I'm super excited for.  It's supposed to be really good for skin conditions and cold sores which Forrest seems to be getting a lot of.  I feel awful about it because I used to get them when I was little so I must have passed them on to him. At the moment we've been using our plantain, yarrow and calendula salve which is incredible and heals it super fast but lemon balm is supposed to be even better for it so I want to make a all with yarrow,  plantain,  calendula and lemon balm. And its all thanks to our beautiful friend Louise for letting us forage in her beautiful garden.

While I made lunch the two of you played sleepovers… what that entails I'm not so sure. You both ran to the front door giggling with my keys pretending to open it and then ran upstairs as fast as you guys could. I went up and had a sneaky peek at the two of you,  you were in Nixie's room with the door closed,  the lights off except your rainbow light,  the curtains closed and doing a puzzle in almost complete darkness. Then I went to finish lunch and I heard you singing away to your Malagasy music and to the Ramones.

After lunch we were inspired by this month's  little naturalist box and spent some time reading and watching some videos about prehistoric art.  You, Nixie, especially loved the ones of the giraffes that were found in Libya. And Forrest you were so cute during one of the videos where it showed some cave paintings of horses you had to run to get the book where we had seen it in along with the horse id card.  You were very excited to show us!

Afterwards we wanted to create our own "cave painting" but first we wanted to try to make our own paints.  We found some old red brick which we always find at our beach and also A grey rock which you had brought back from isle of wight and some sea shells and hammered it to pieces and then used a mortar and pistal to make it into a powder.  This proved to be a huge hit between the both of you!  You guys even experimented with pine cones and sticks. We wanted you to experience all the work that that went into making the ancient cave paintings.  We spent quite a while doing this before we were ready to try to turn it into paint.  All we did was add water but we discovered that the sea shells didn't work. Daddy whittled the ends of some sticks to be used to paint with.

I don't think either of you liked the actual painting part as much as you did the hammering!  You, Nixie, thought it was really hard to use the sticks. Daddy on the other hand got quite into it and spent time working on his long after the two of you disappeared.

Then you,  Nixie and I had planned to go on a little drive just the two of us to the forest but when we got in the car something must have been in the air because we started jarring with each other and you weren't happy with where I wanted to go which made you really upset and then it escalated because I refused to drive with the energy I was feeling. So after a big humongous upset I eventually convinced you to go back inside.  I had said let's calm down for a bit and reset and then maybe we can try again. It was a good thing we did because Forrest, you were so upset and in such a state.  You and daddy were playing Lego but you wouldn't stop crying.  You couldn't tell us what was wrong. You didn't want me. You didn't even want "num-num".

All of a sudden I heard Nixie shout "help me,  help me,  I'm stuck!" so I ran upstairs and you immediately ran with me and we found her stuck in one of our baskets and straight away you started to figure out how to rescue her.  It completely stopped you from crying.  Then Nixie,  you, read a story to me and Forrest,  you are getting so much more confident now and you were super chuffed that you were reading one of Forrests library books instead of one of your early readers. I absolutely love when you read to me, getting all snuggled up with you and some books is definitely one of my favourite things.  Forrest left us to go be with daddy after he had some num-num in the office and you continued to read to me.

We ended up all downstairs for a short while until I decided it was time to try to put you,  Forrest to bed.  It was on the slightly earlier side but you were so unhappy and by 18:00 you were asleep. When I went back down,  you,  Nixie and daddy were playing our Mancala game, we hadn't played that in a while so it made me happy to see it out again and you ended up winning but just. Then you and I took this opportunity to try again to have some time with just the two of us.

I still can't believe that last Thursday I passed my driving test after what seemed like a never ending journey! Our whole lives have changed, it feels so surreal and I'm still processing it all.  But tonight we had our very first solo drive just the two of us to our little beach.  It felt so incredible to be able to just hop in the car with you! We wanted to see if we could find the entrance to bunny holes by finding their poo and you really wanted to see if any of the blackberries were in season yet, you didn't want to believe me when I said the blackberries by our beach usually appear a bit later than the ones more inland. I brought my tripod because we wanted to get some photos of us together to mark the occasion.  you even took some of your own photos with my camera, this is something that is happening more and more and I think it's time for you to get your own camera! We had such a great time together,  walking hand in hand checking out all the blackberry bushes and I'm search of rabbit poo. You were the first to spot some and got so excited and grabbed your ID card and even commented beforehand that it was because you could see the grass fibres in it!  The usually empty fields were filled with so many cows and cow poo was everywhere, you were hoping to find some fox or badger poo but had no luck. When we reached our beach the tide was out,  and the wind was so strong leaving us feeling a bit chilly.  So after skipping some shells into the water (you made it to 5!), finding some barnacles and a scallop for me, and walking along the beach we decided to head back home.

As we were walking back I got a call from daddy and all I could hear was poor little Forrest crying his heart out. My heart ached and I hated that he was so inconsolable. You and I rushed to the car and I ended up having a little wobble with reversing our car but eventually managed it but at least I did a very good job parking the car at home.  You are so sweet too,  telling me I'm clear and that I have lots more room.  We rushed inside to a crying Forrest. You,  Forrest had been crying your heart out for the last hour daddy said,  I felt so awful that I hadn't been there for you.  It wasn't what I wanted to have happen on me and Nixies first solo drive together.  But I carried you back to bed and you had boob and you fell asleep in my arms, calming down completely.  Oh how I love you.

When I came back downstairs Nixie, you were having some yoghurt and a crumpet with daddy before it was time for you to get ready for bed and have a story with daddy. 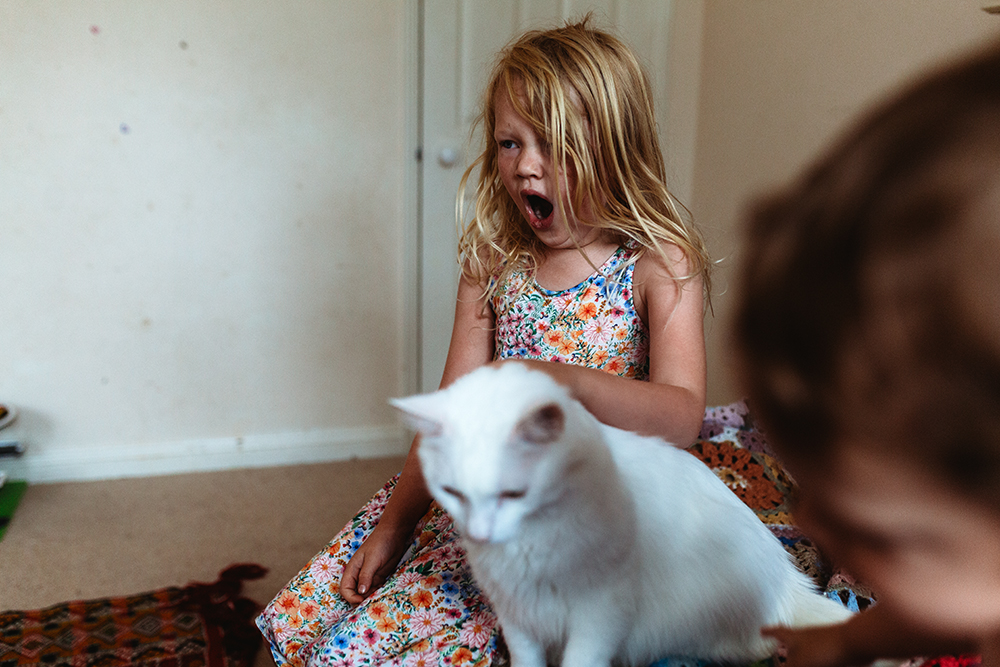 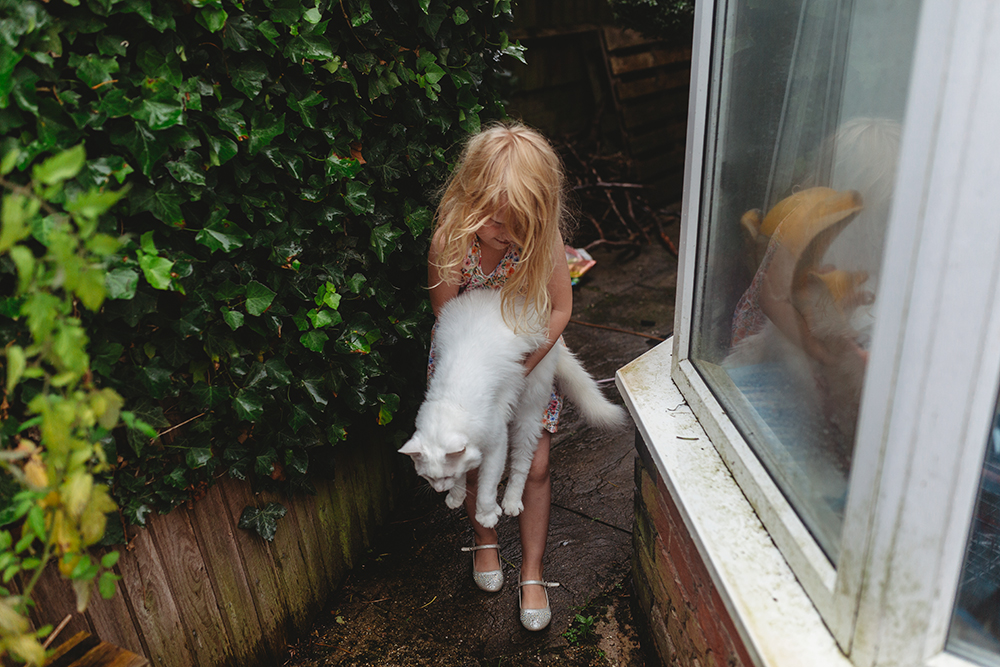 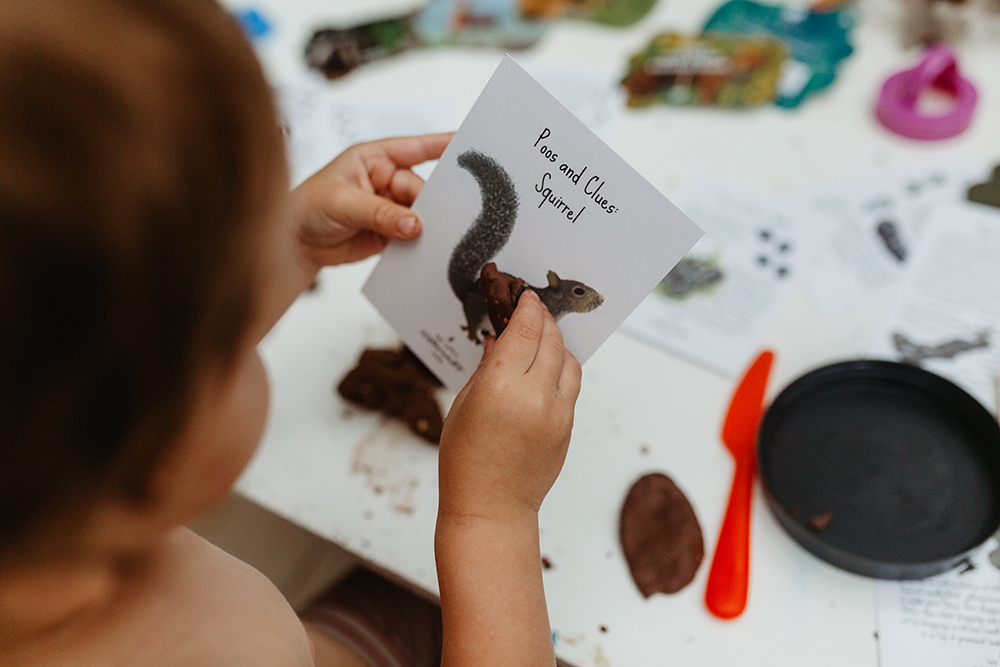 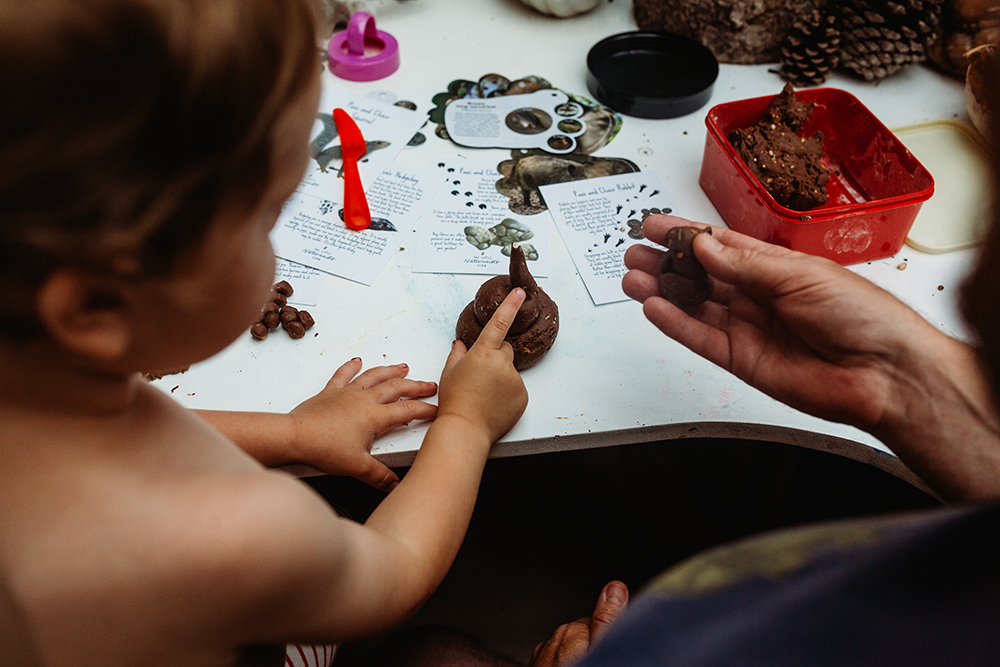 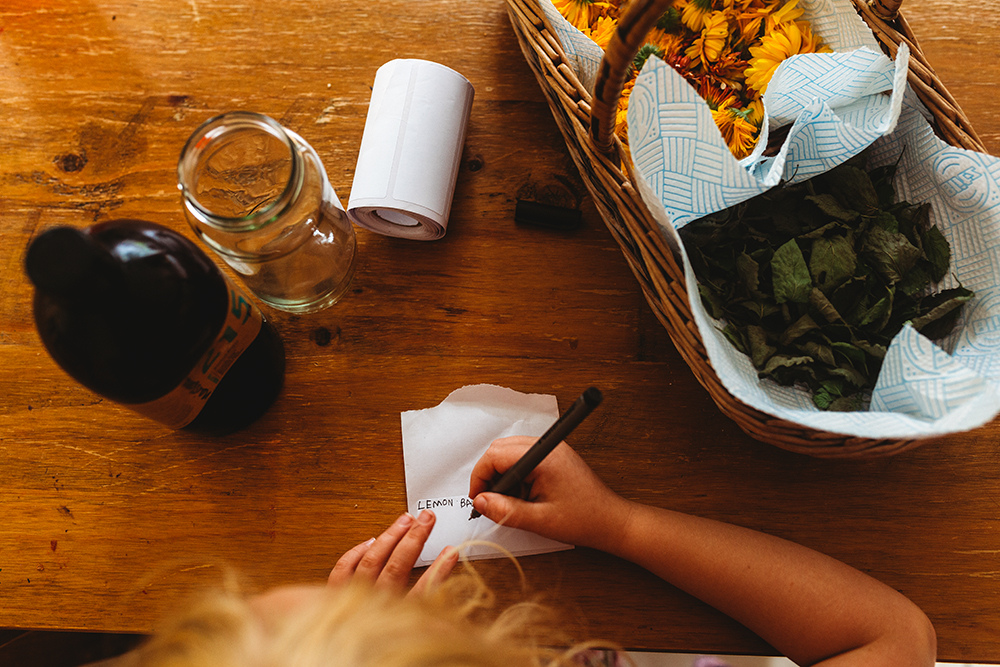 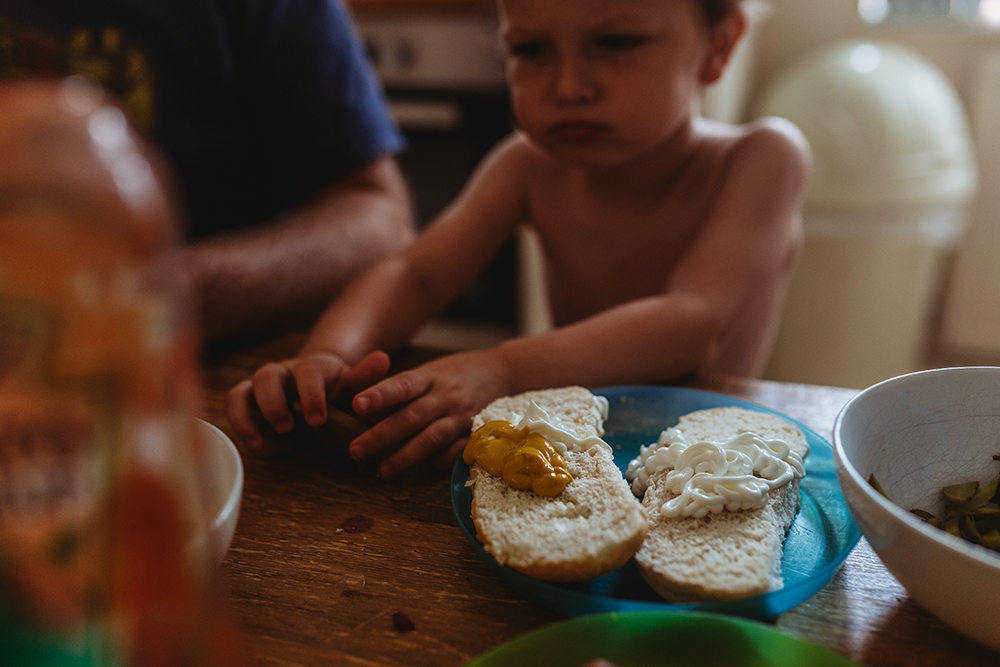 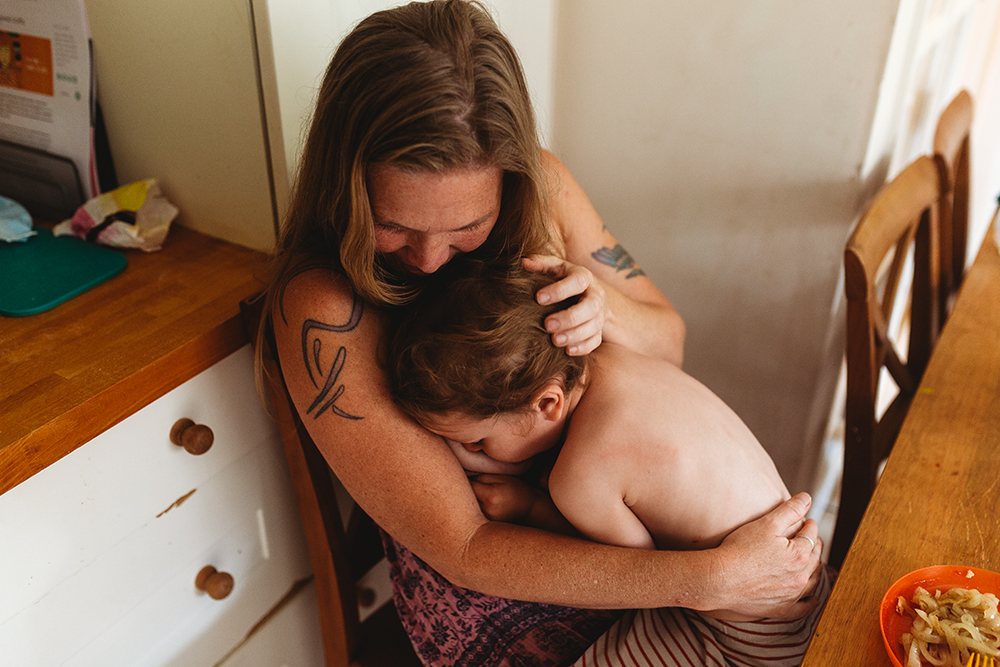 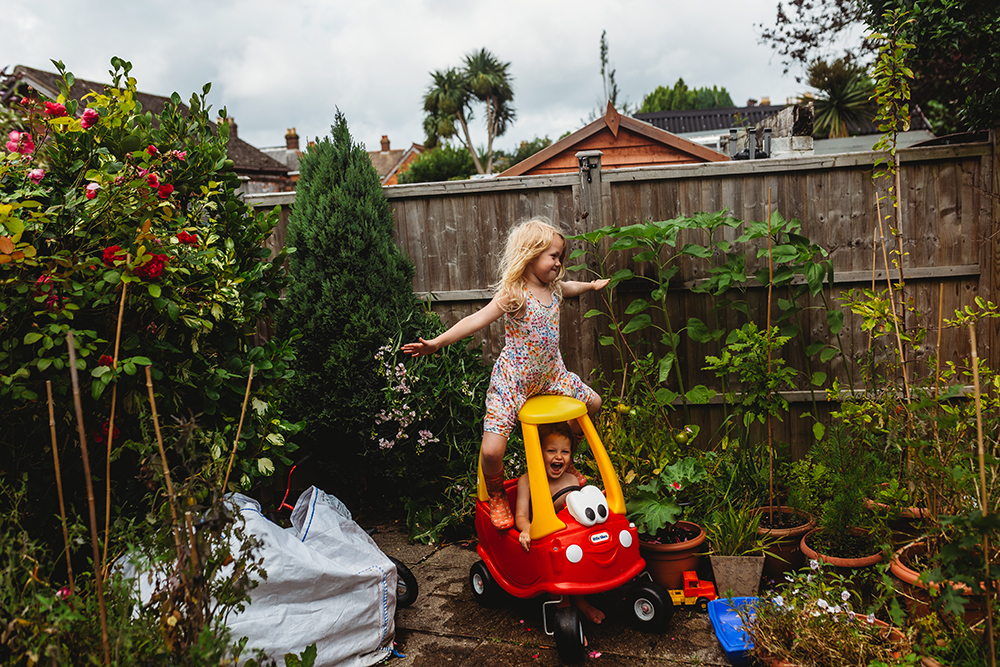 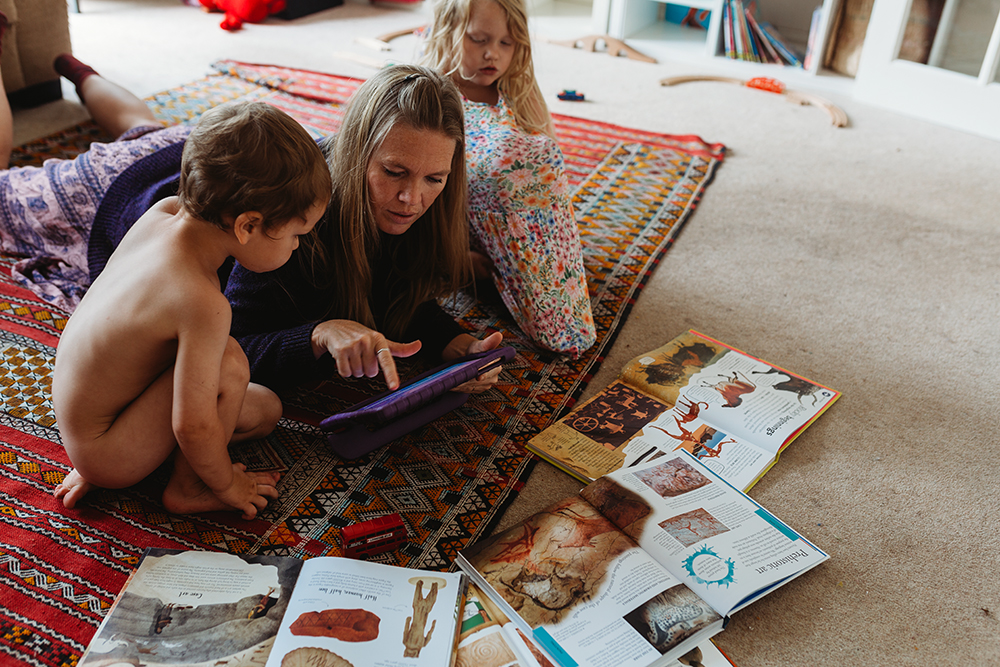 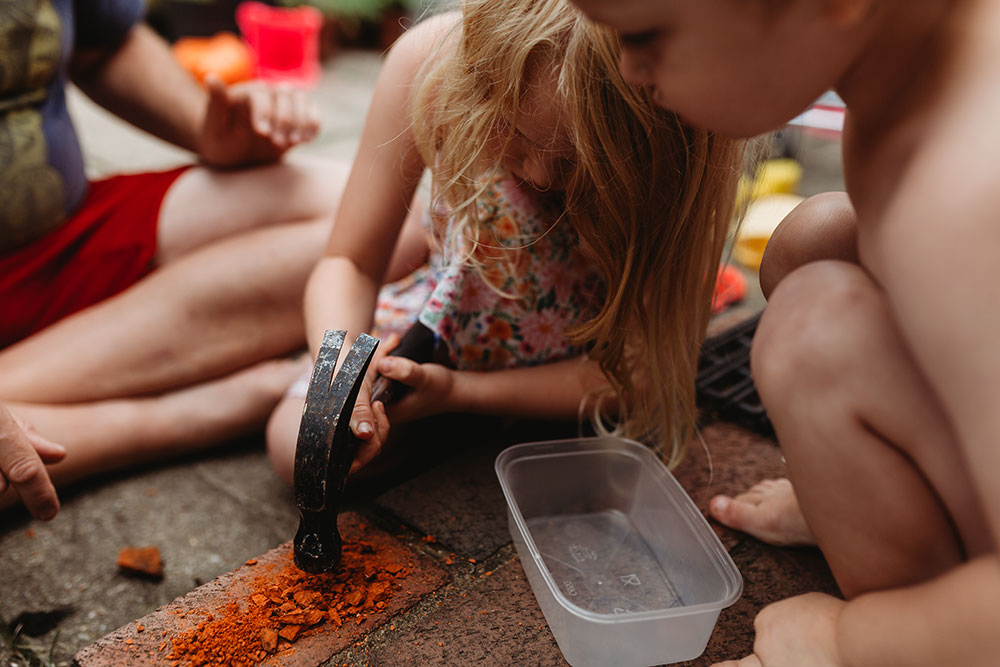 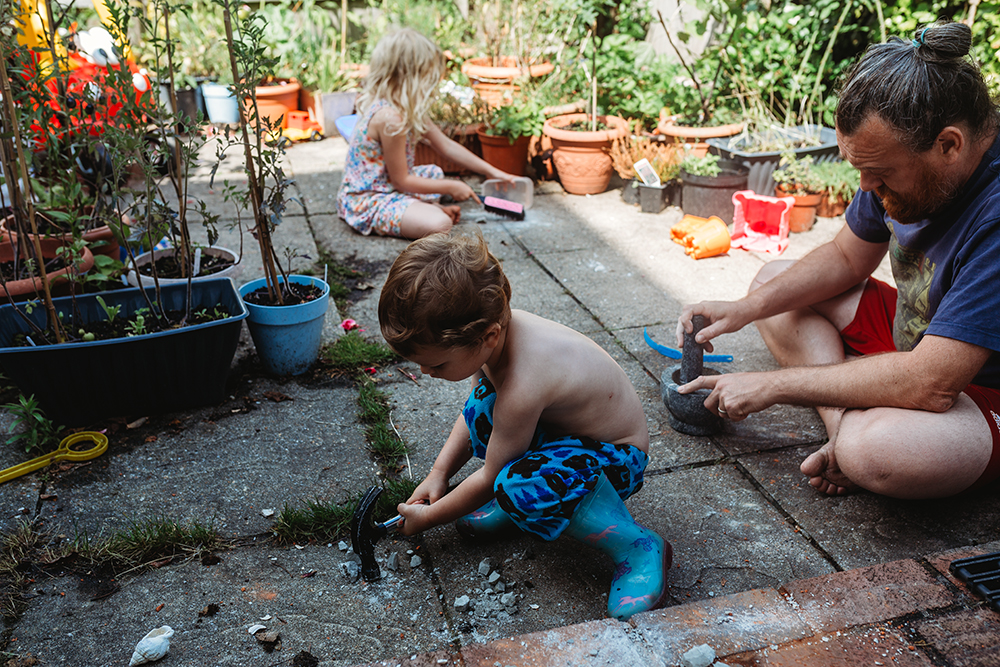 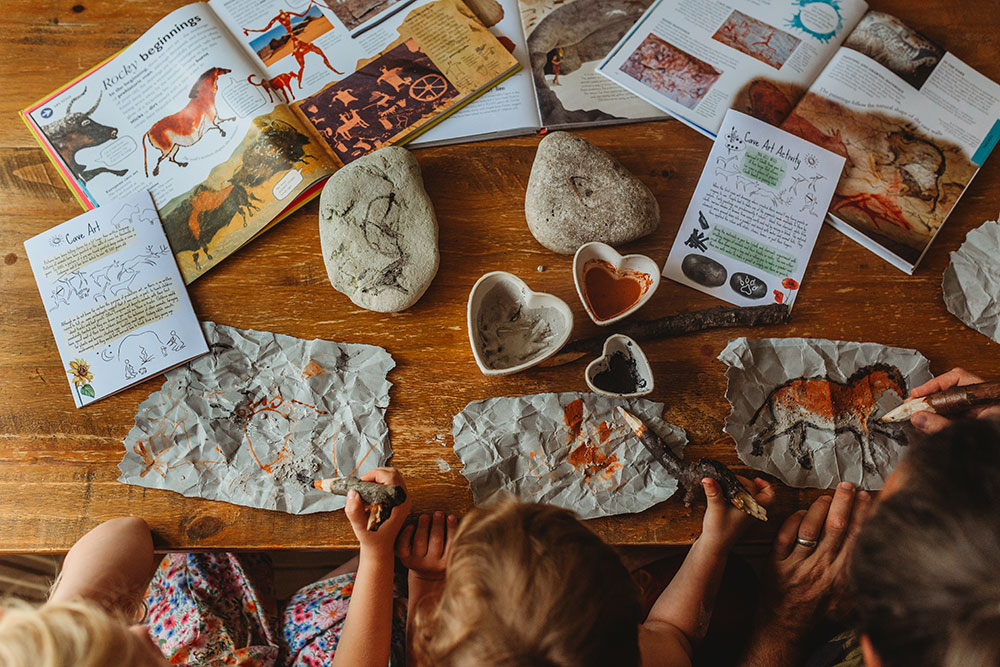 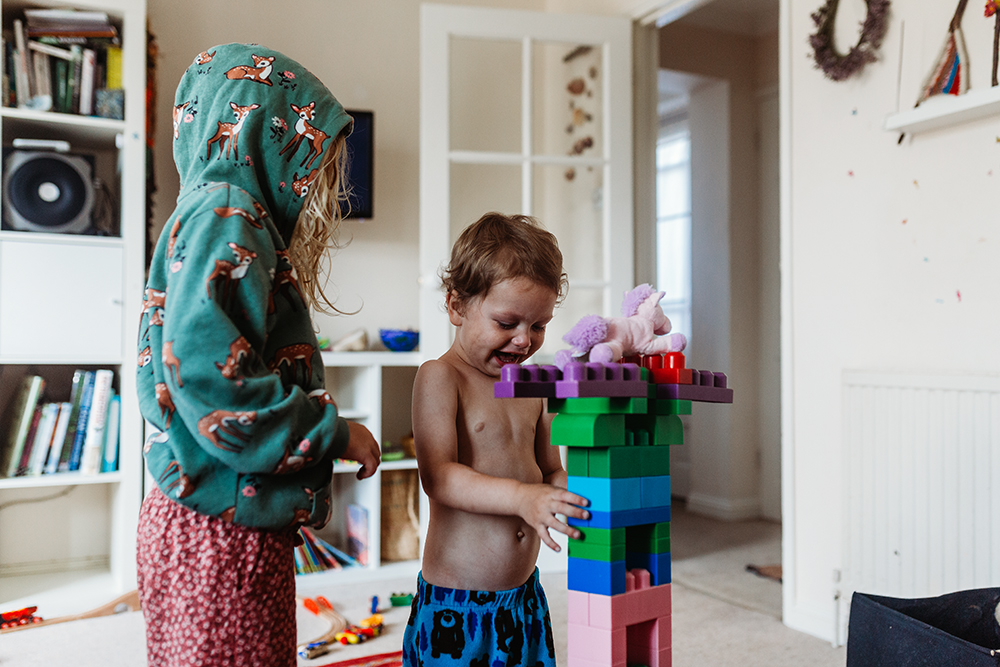 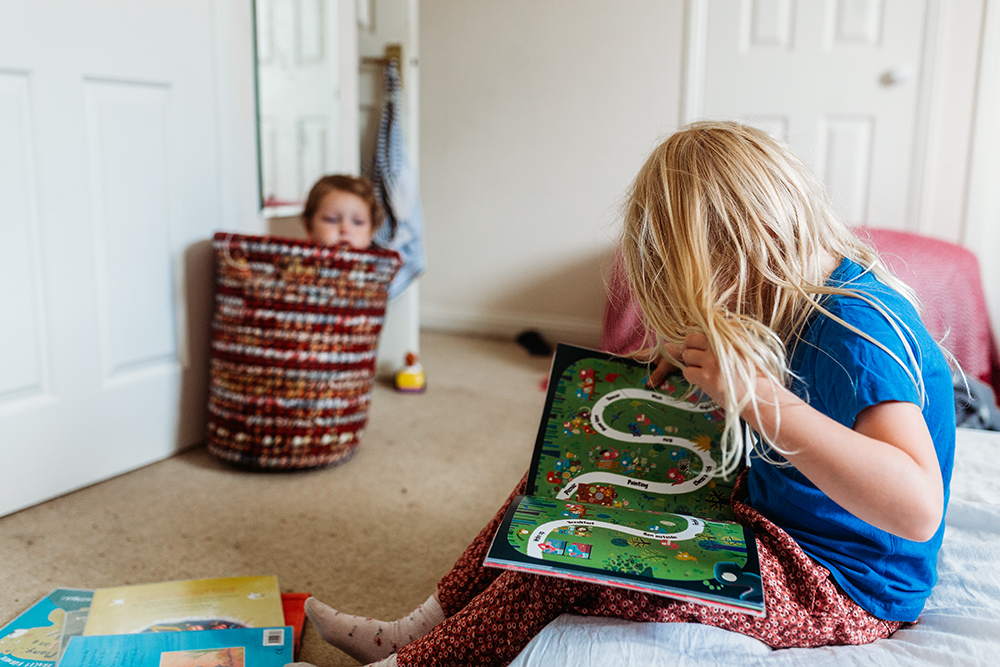 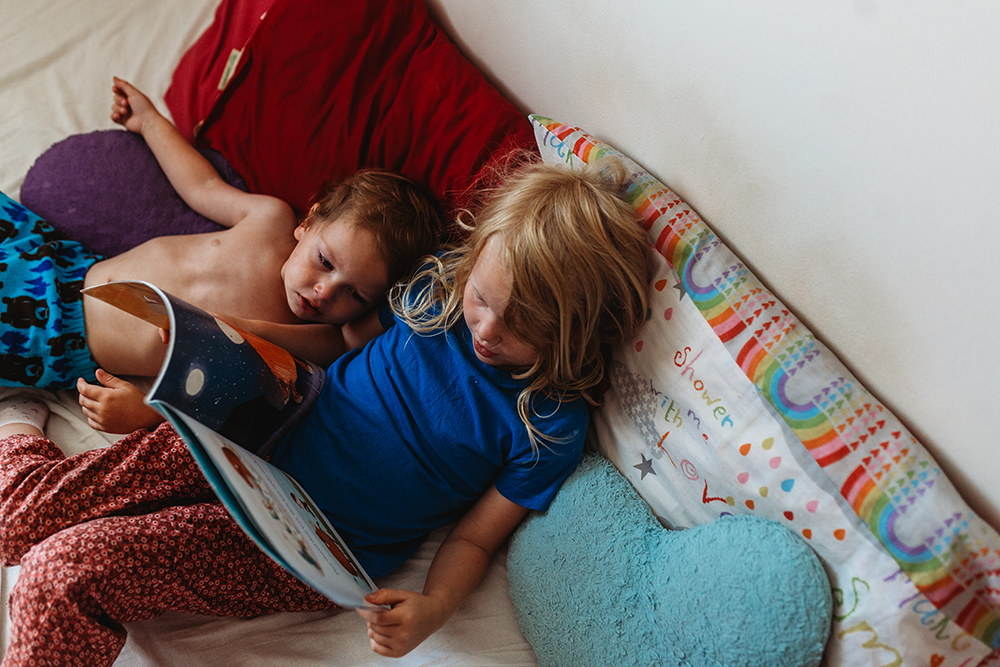 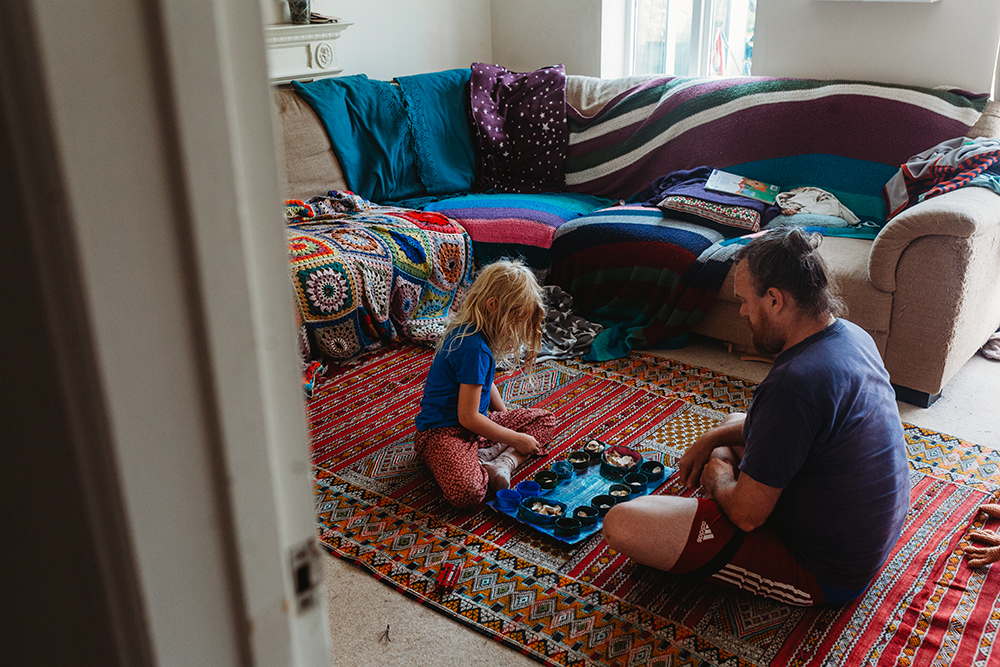 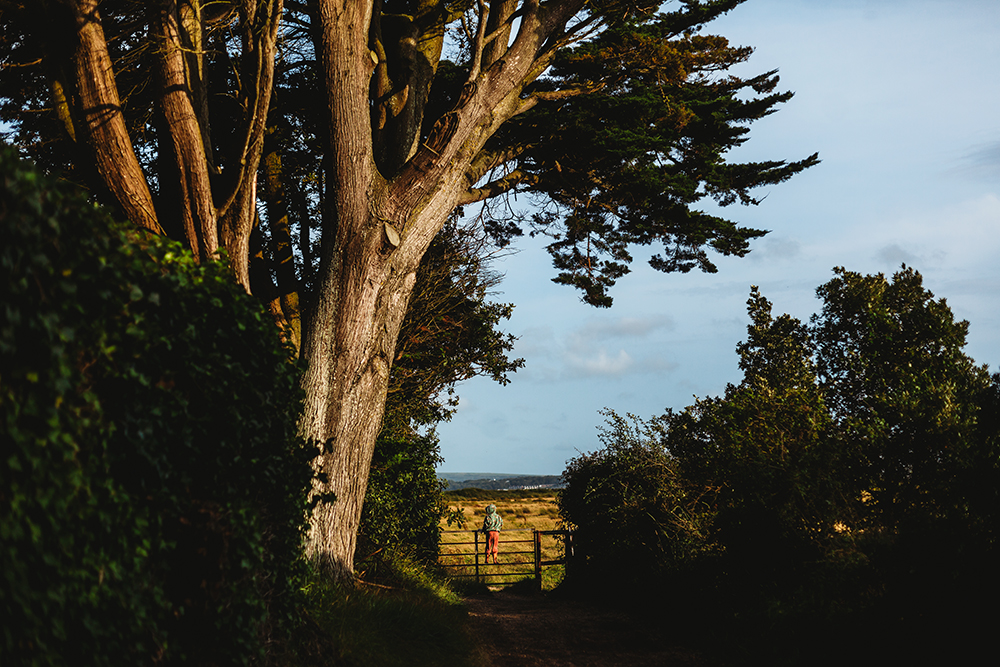 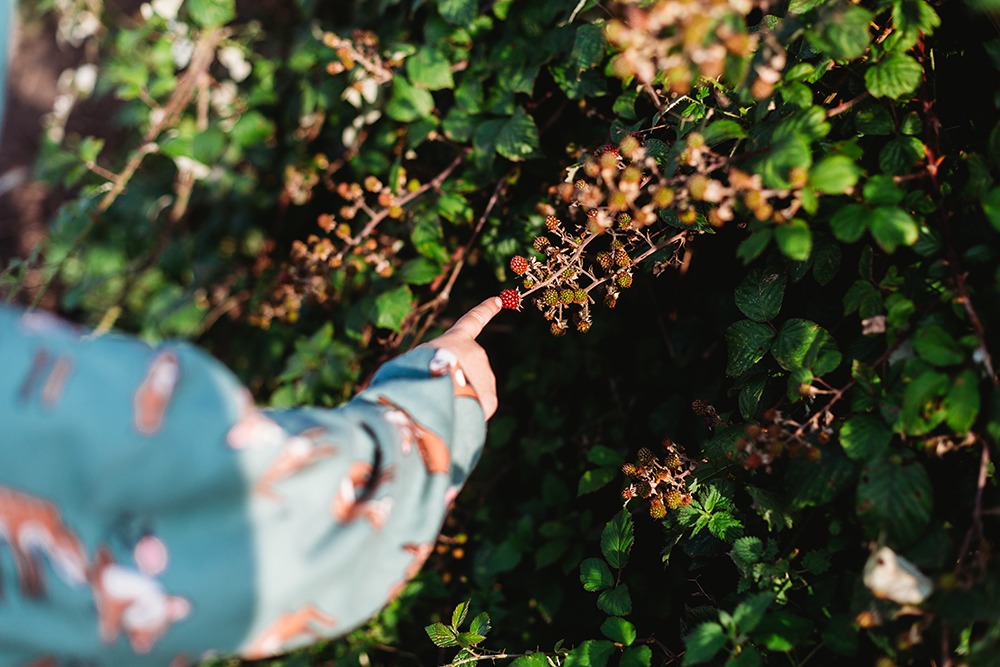 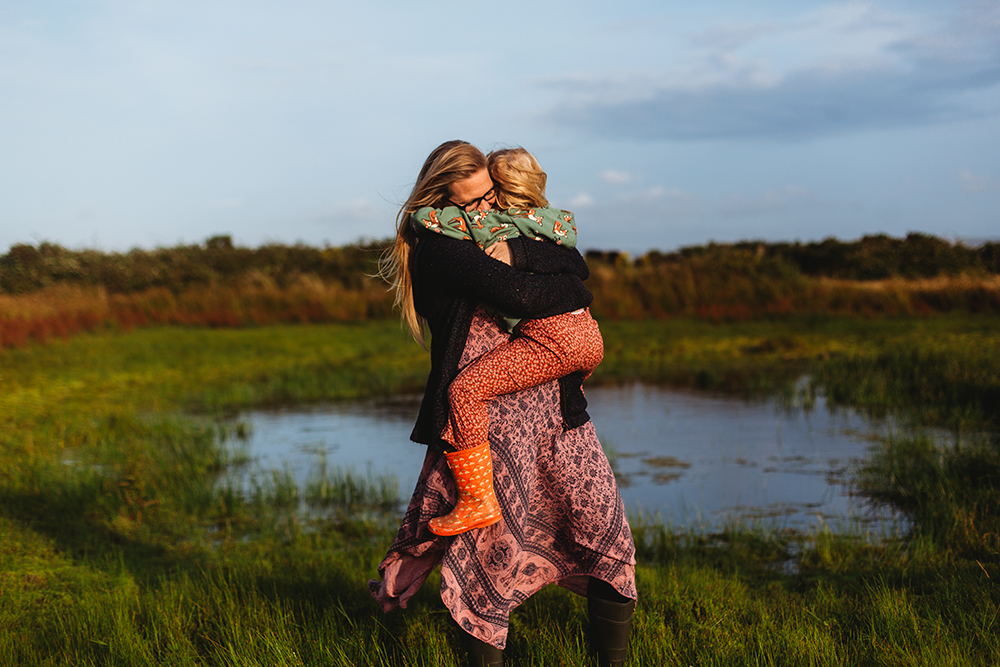 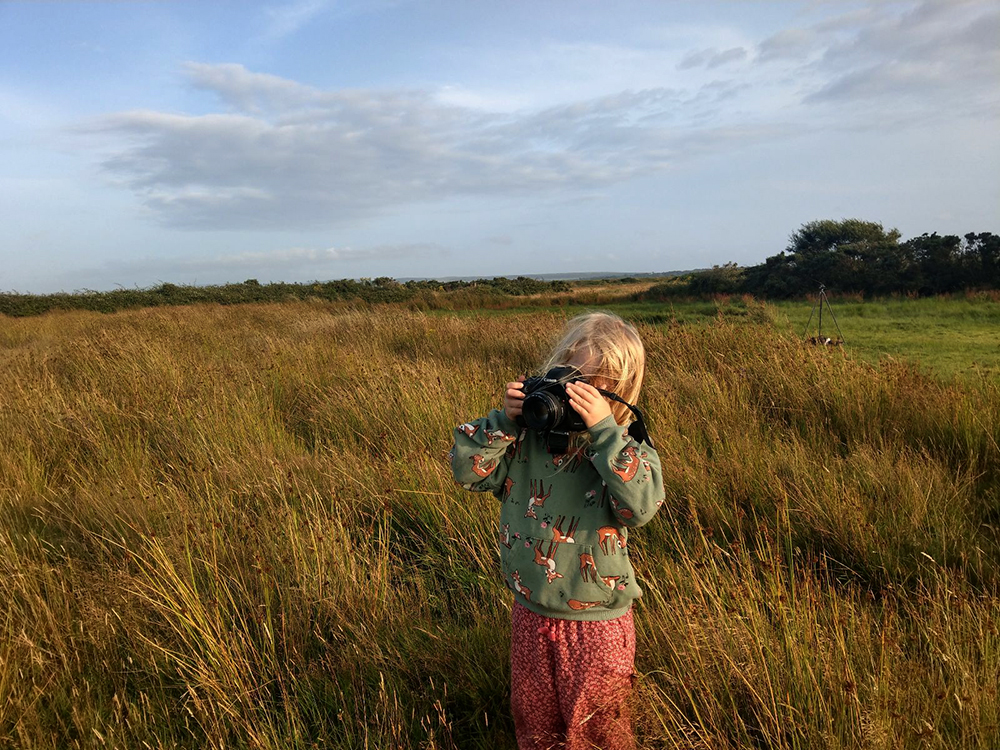 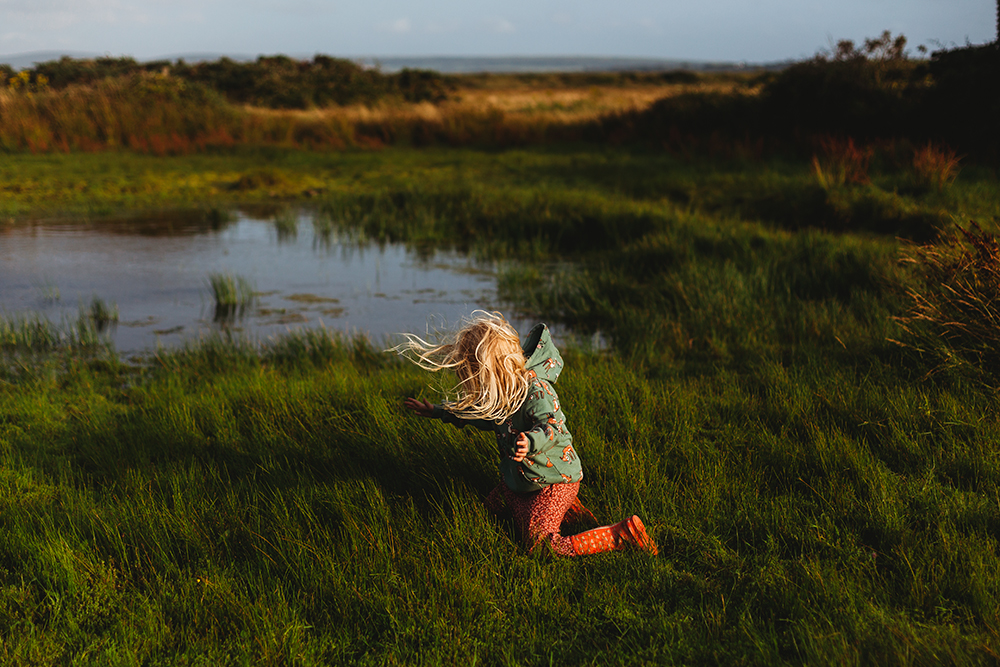 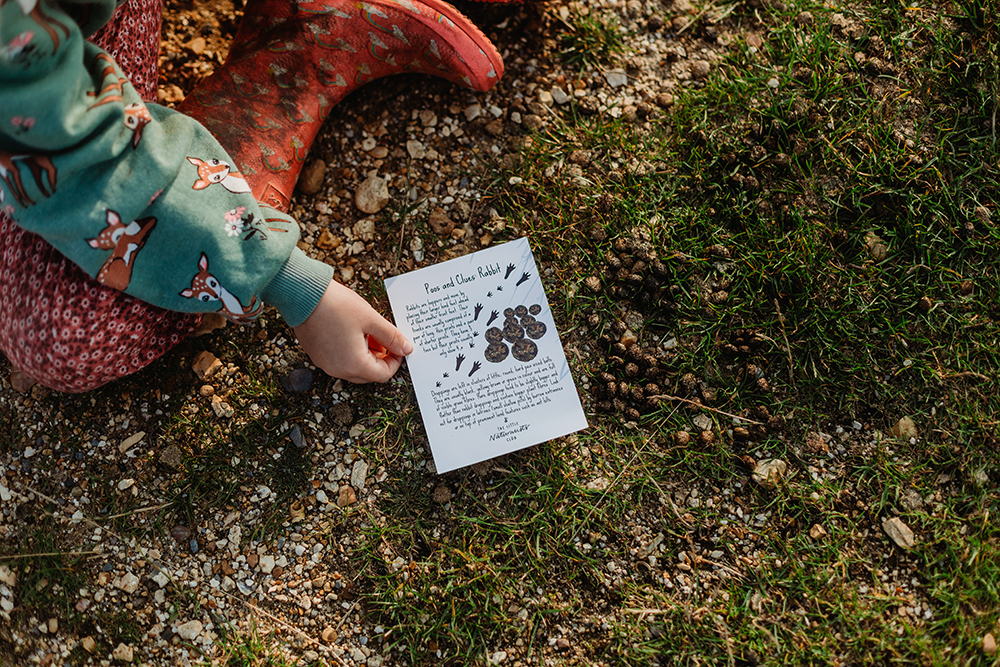 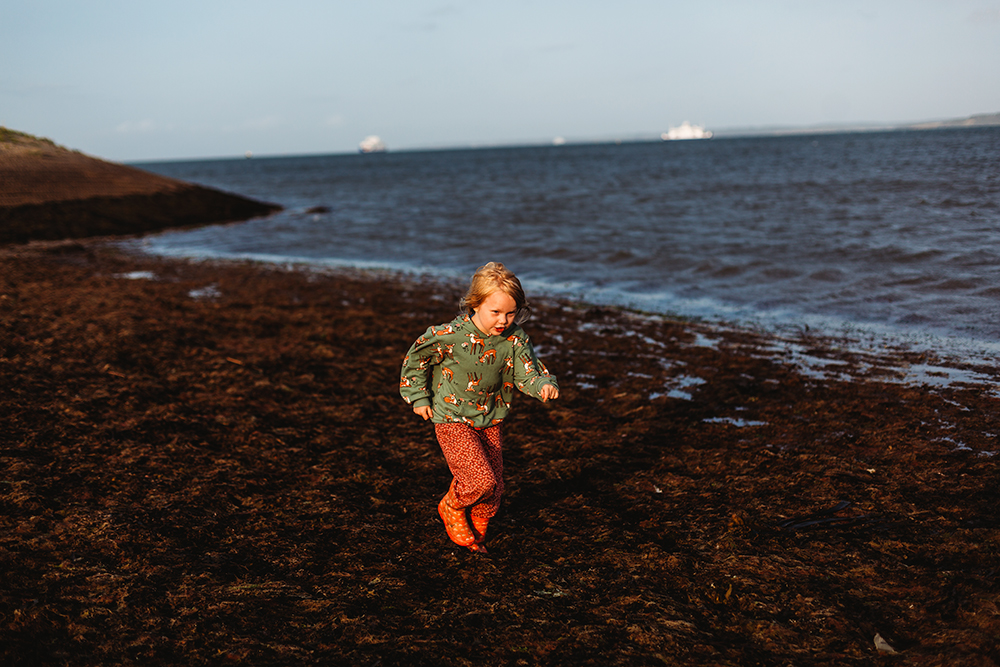 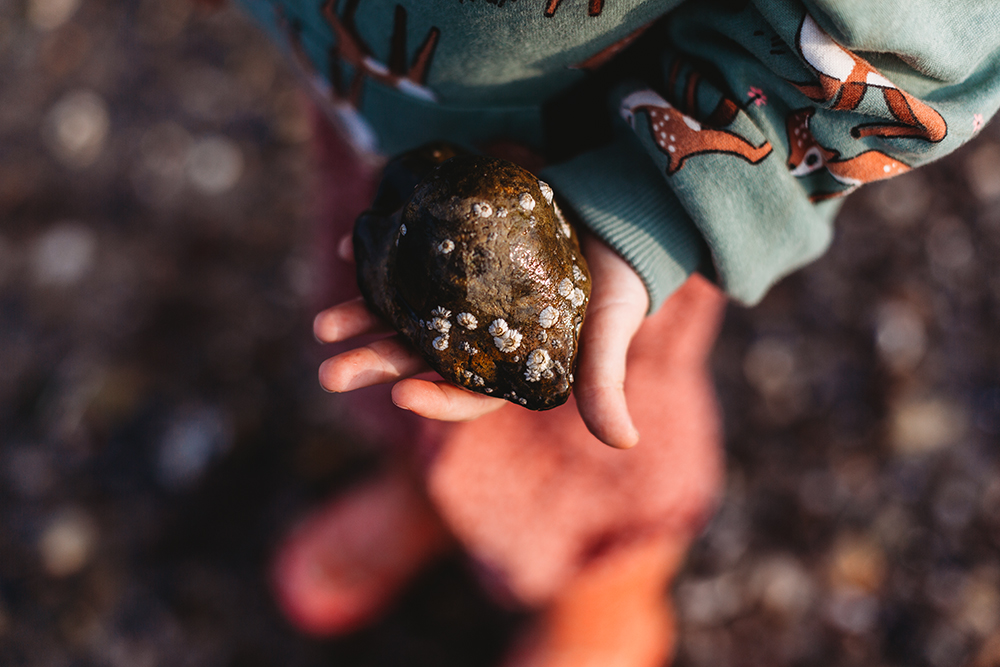 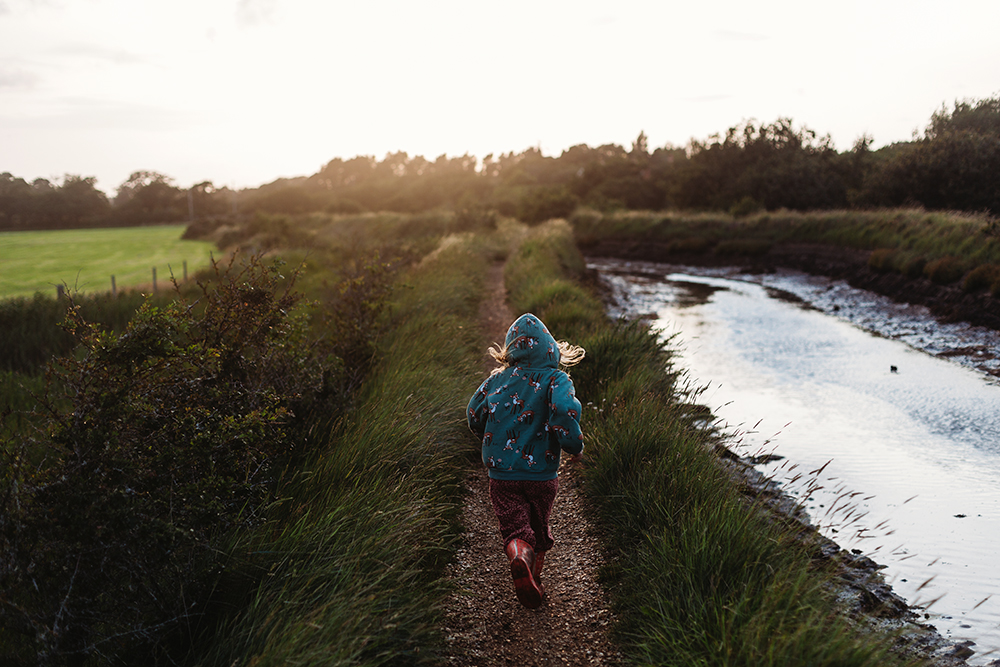