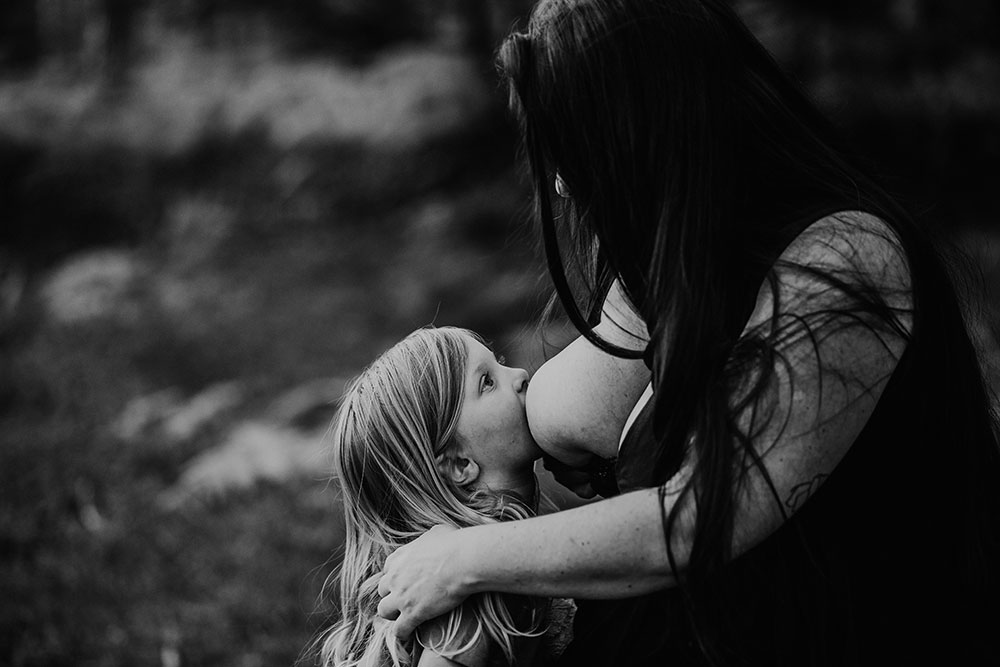 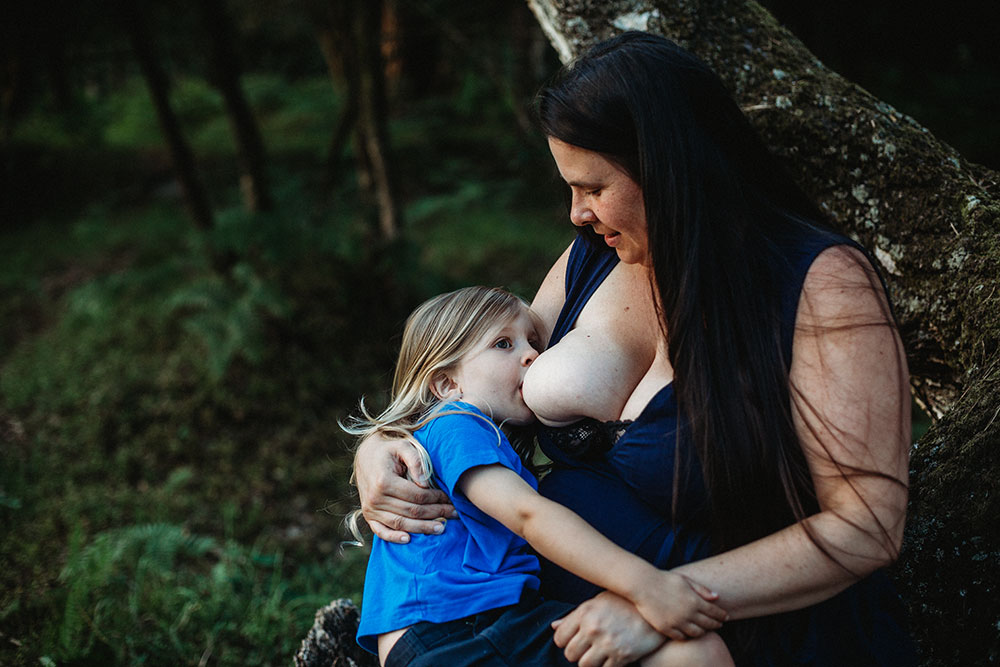 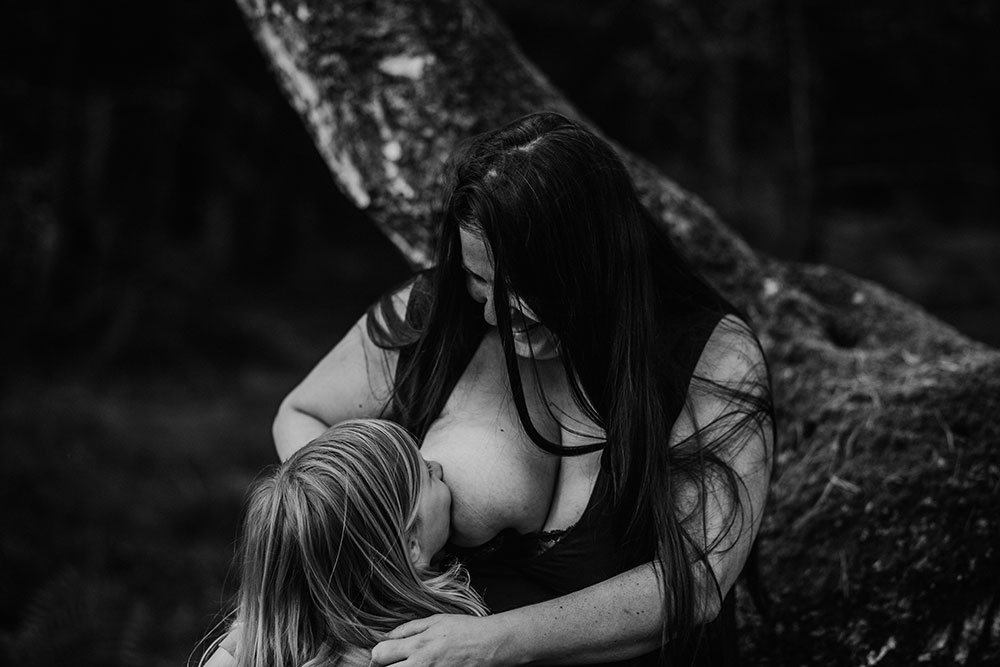 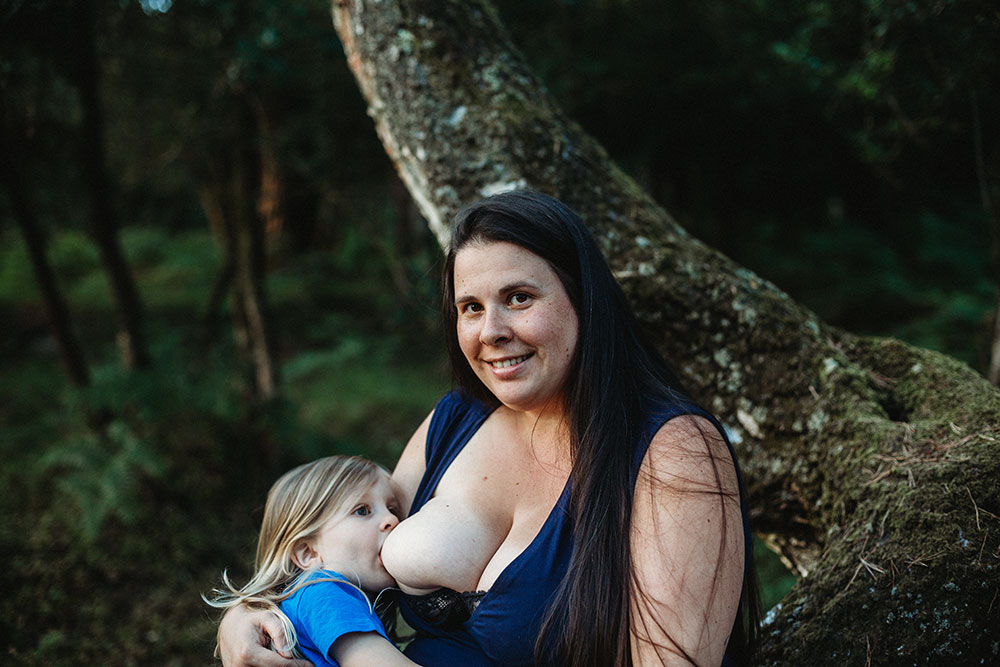 "I don’t really know what my motivation was to breastfeed initially, I just know that anything else wasn’t an option for me. It just made sense to me. We’re mammals, so we breastfeed. I didn’t have a lot of issues with breastfeeding with Esme. It took a while to get the latch sorted, and I had the usual issues with that, sore bleeding nipples, but I had a lot of support from one of my best friends Marleen, who is a private midwife. It helped that my husband was super supportive, meaning I could just lay in bed, soaking all the oxytocin in, unlatching and relatching until I got it right.

I decided around 18 months to do “don’t offer, don’t refuse” and as she was only having a before bed feed, and she didn’t ask again! It was a lovely and gentle weaning process, but I wish I had more info on natural term weaning and how beneficial breastmilk continues to be. If I could go back, I would have at east continued to offer until she was 2. My motherhood journey with Miles was different from the start. I had learnt from the “mistakes” I’d made with Esme. We bought a cosleeper to make breastfeeding easier, and so we didn’t have to try getting him into a Moses basket, and we bedshared from birth (the cosleeper was a handy table lol). Knowing how to do this safely was key!

I had many more issues with Miles, after thinking I’d be fine, having done it before! Instead he had a tongue tie, which was cut on day 4. I was told I’d need to wait two weeks, but I called the hospital 3-4 times a day, until they agreed to do it! I was syringe feeding and trying to get him on as often as I could. Unfortunately one of my nipples was extremely damaged (it looked like it had been sliced in half!) so for around a week, I fed on one side, and then once healed, I slowly introduced the other breast back, and have been able to feed on both since. I have had thrush, blocked ducts and mastitis. Each one has made me more determined to make it work. I always think that breastfeeding is 20% lactation and 80% determination. There was just no other option in my mind than to breastfeed. Breastfeeding has just continued. Miles is a lot more attached to my breasts than Esme was. He has used it for nutrition, pain relief and comfort. As time has gone on, it is now mainly used for bedtimes, but there are times when he asks when he’s feeling sad/hurt. I never considered I would breastfeed this far into Miles’ childhood, but it has always been just my child having milk/comfort and it continues to be just that. It has been a significant part of my life over the last 7 years and I wouldn’t change a thing."