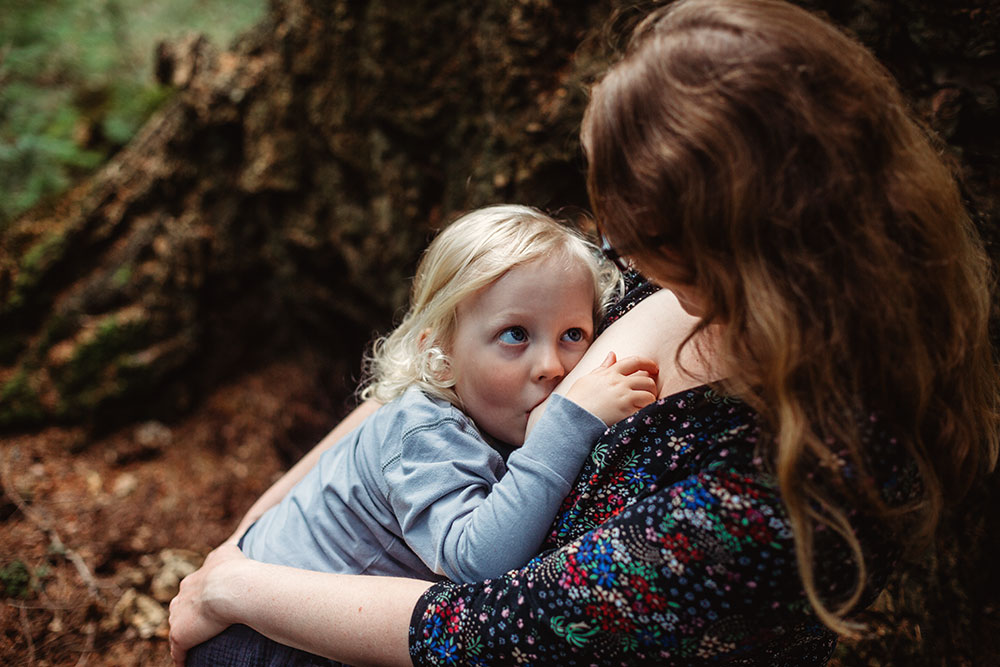 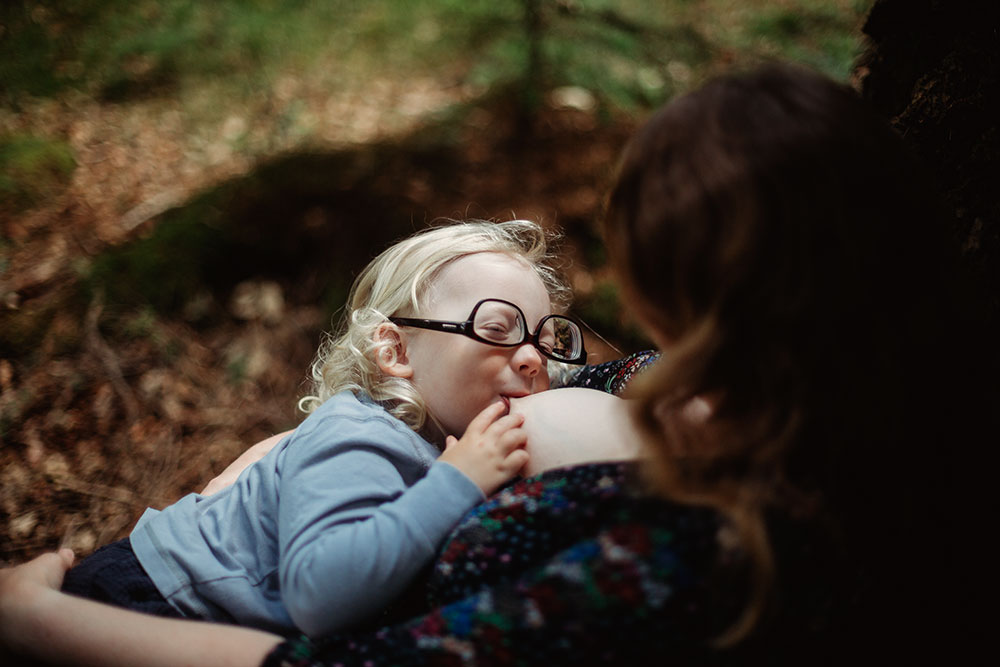 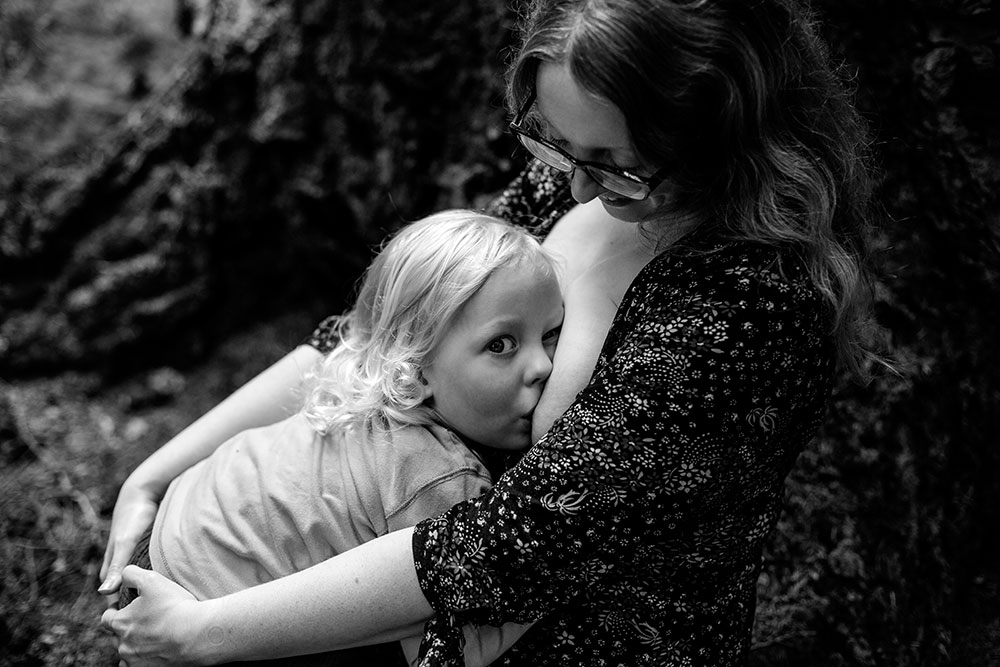 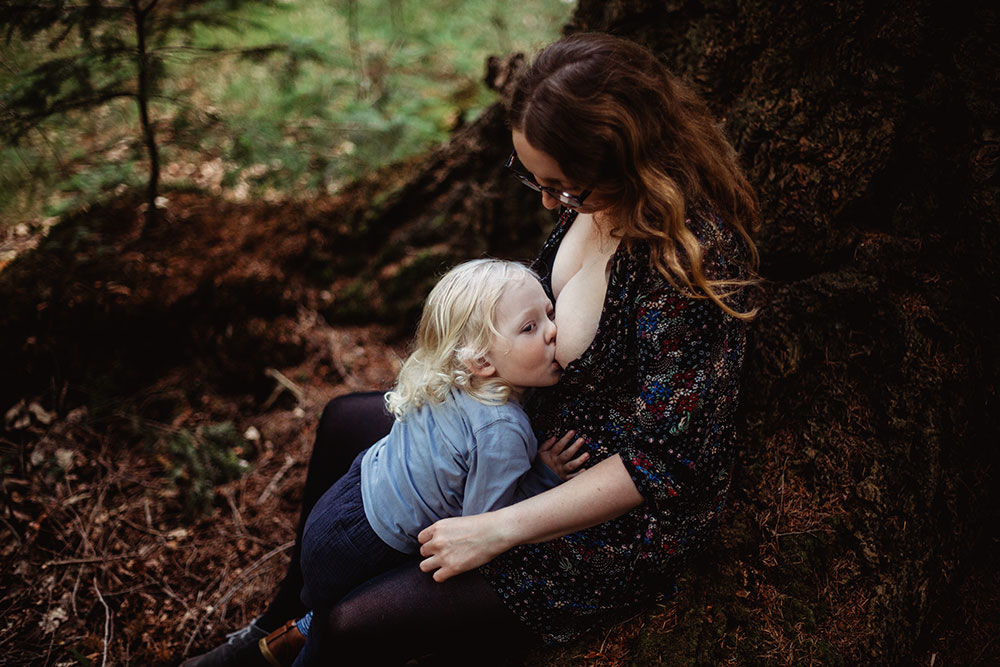 "I wanted to breastfeed because I knew it would mean a lower risk of things like eczema and asthma which run in our families. But the first 100+ days of breastfeeding were the hardest thing ever! Although I did a lot of reading during pregnancy and went to NHS and NCT antenatal breastfeeding classes I was completely unprepared for all the problems we had getting started. After these first few months it started to be less painful for me and I gained more confidence.

I had a slightly traumatic birth where it wasn’t recognised I was in labour, despite being on the antenatal ward, followed by ventouse and episiotomy. My son did not latch for the first 40 hours and after he figured it out, feeds were long, frequent and painful. Initially, the pain was put down to thrush. At 5 weeks we discovered he had a tongue tie after a ‘very borderline’ referral from my health visitor. After the snip I paid for help from a lactation consultant to review the latch. I came away from this appointment with a better understanding of what’s normal - that some of the initial ‘pain’ I was feeling was the let down sensation. She said my son could just be a hungry baby who loves to comfort suck and may always want long feeds.

I then started to get Raynaud’s phenomenon in the nipples which gave me pain in-between feeds! I used things like warm wheat packs to ease this as well as making several visits to the GP to ask for medication. With this and every other part of our journey we received conflicting advice from health professionals, which was very confusing. A chiropractic appointment gave me some clarity as they found a remnant of the tongue tie as well as a lip tie affecting how my son can flange his lips. They told me this was the cause of the painful latch and, although not treatable, they encouraged me to use more laid-back feeding positions. As my son was now 3 months, I grew more confident to feed him in the positions that worked for us, rather than what it said in the textbooks.

I learned a lot during pregnancy but had no experience, whereas when experiencing these early problems I found it hard to apply the advice while in pain, fearing feeds and sleep deprived. It was very lonely in the beginning as I felt I couldn’t leave the house, having this baby who wanted to feed all the time, for hours at a time! It was frustrating that these are common signs of tongue tie but no professional looked for one earlier.

As my son got older all the usual breastfeeding antics started, like coming on and off every 2 seconds and looking around to see what he’s missing out on. Accepting early on that he loves the comfort of breastfeeding has helped me be more understanding of him wanting to be latched on all night long as a young toddler! From about 8 months until almost 3 he wanted to be latched on every morning from about 3am or 4am until he woke up.   Accepting these things has also become easier since joining Facebook groups like Breastfeeding Older Babies and Beyond where I can see that it’s all normal. I still experienced some problems as he’s got older, like milk blisters and the start of mastitis (which happened the night before a work trip). But I’m so glad I persisted and have this amazing tool that can help with everything from helping him fall asleep, soothing a grazed knee, fighting illness and helping us connect. "