The whole month of April has been about flowers. It began when I got inspired by my amazing photographer friend,  Leila Balin, after she shared some incredible flower images (please go see her amazing post here) that were inspired by Keziah Kelsey course in unravelled called creative core (learn more about it here). I'm a member of unravelled but hadn't had the headspace to check it out but when I saw Leila's creations it triggered my curiosity and I decided to have a look once my little ones were in bed.  As soon as I looked at this month's theme which was flowers I knew I wanted to have a go.  One of the exercises was to create something digitally using flowers and I asked my daughter Phoenix (aka Nixie) if she wanted to collaborate with me and she did.  She chose the pose (stone pose) and even the flowers that were used. This one is so out of my comfort zone and i debated whether or not I was even going to share it since it is so far from being my type of thing but I had so much fun just playing around and thinking in a different way that I'm thinking why not?! 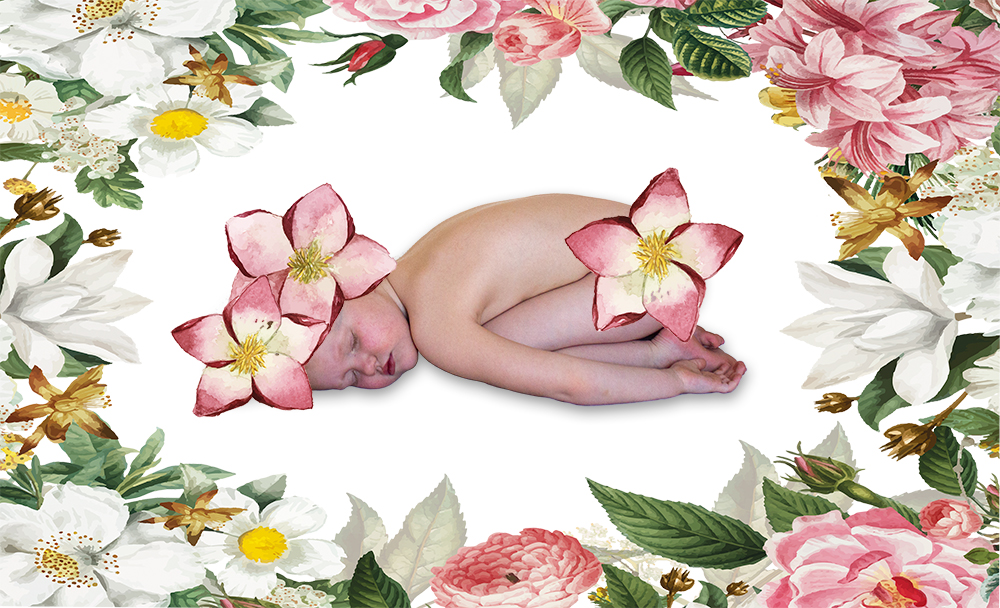 Once we finished our digital creation we didn't want to stop and decided to continue our flowered theme shoots until the end of the month.  It has been such a great little project for me and my daughter, she has even started telling me when she sees good light and sharing her ideas with me.  We had been going through a bit of a clashing phase and working on our flower project has really helped with restoring the love &  bringing us back together. Everytime I have to leave the house I always walk past my neighbors beautiful flowers and I knew we had to include them too. We had to wait until the end of the day though when the light wasn't so harsh. 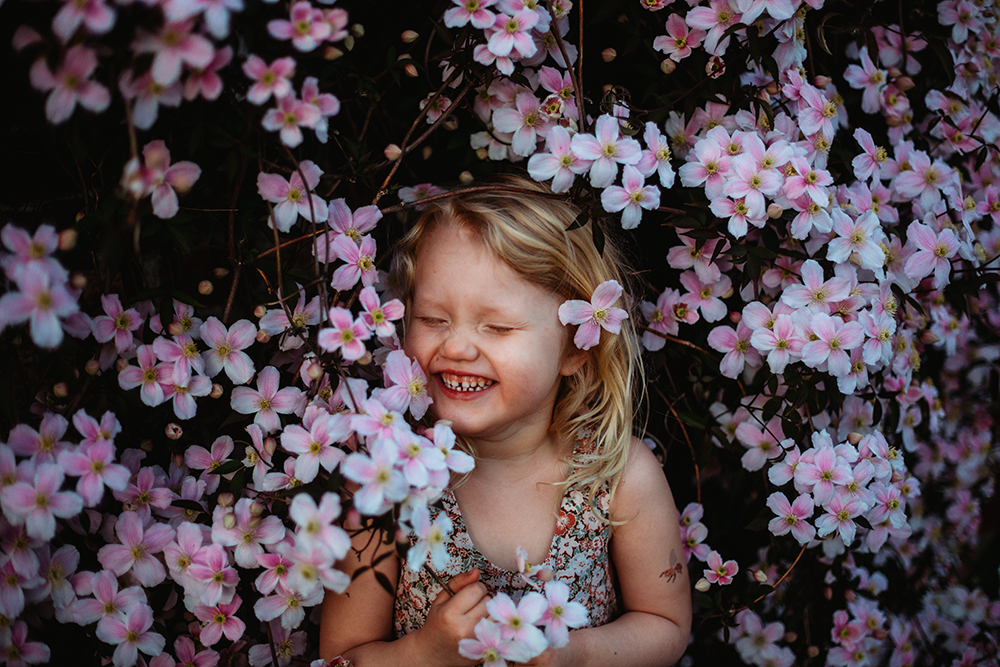 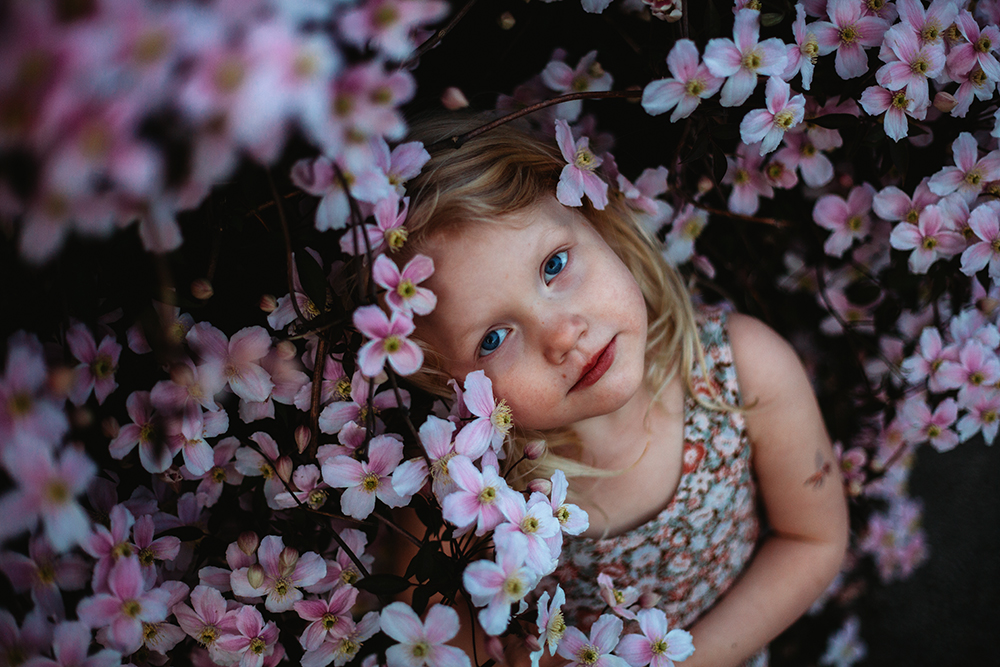 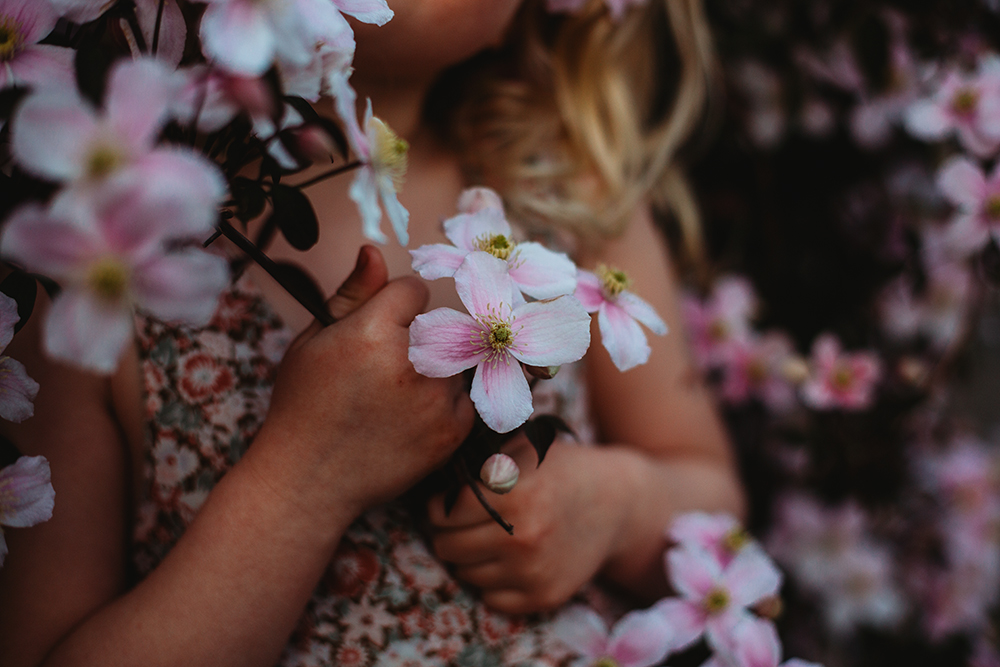 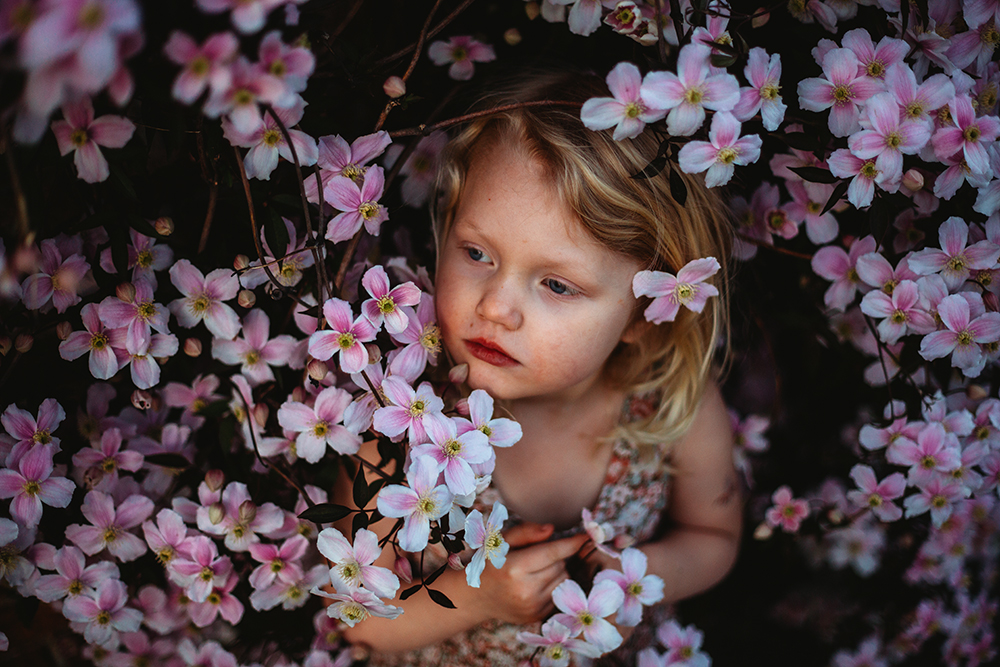 Me & Nixie had a look for ideas on pinterest and we came upon image after image of women with flowers on their faces and straight away she declared she wanted to do that too because it was "soooooo beeeaaautiful!" 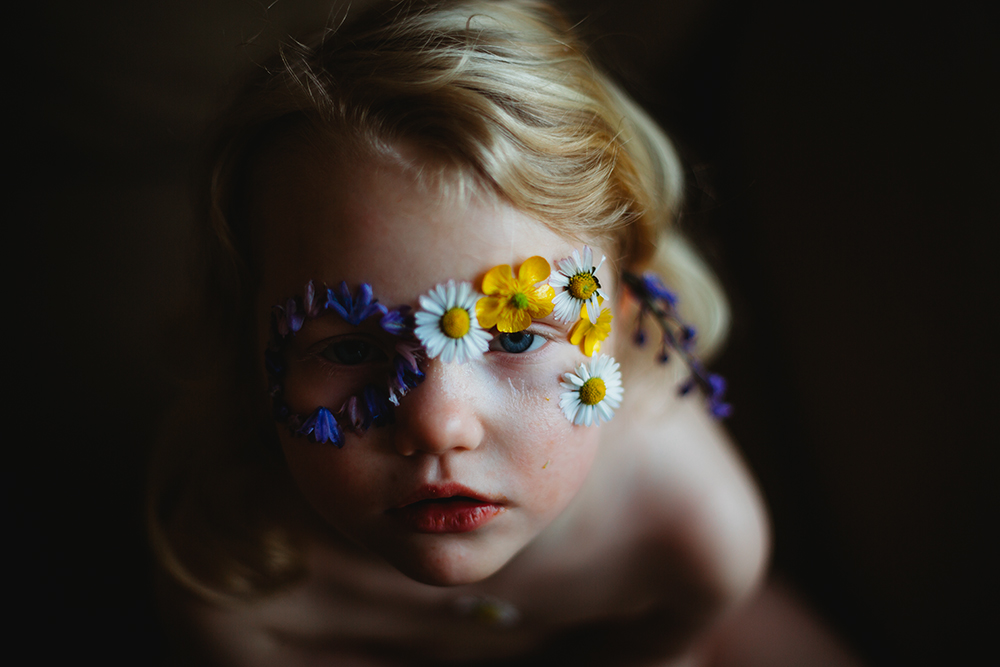 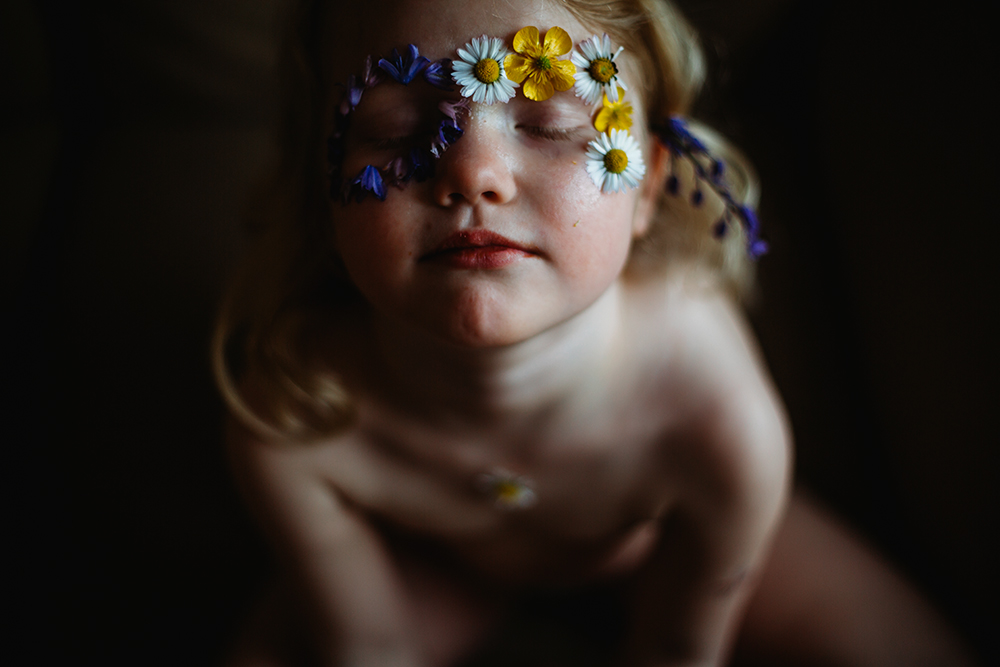 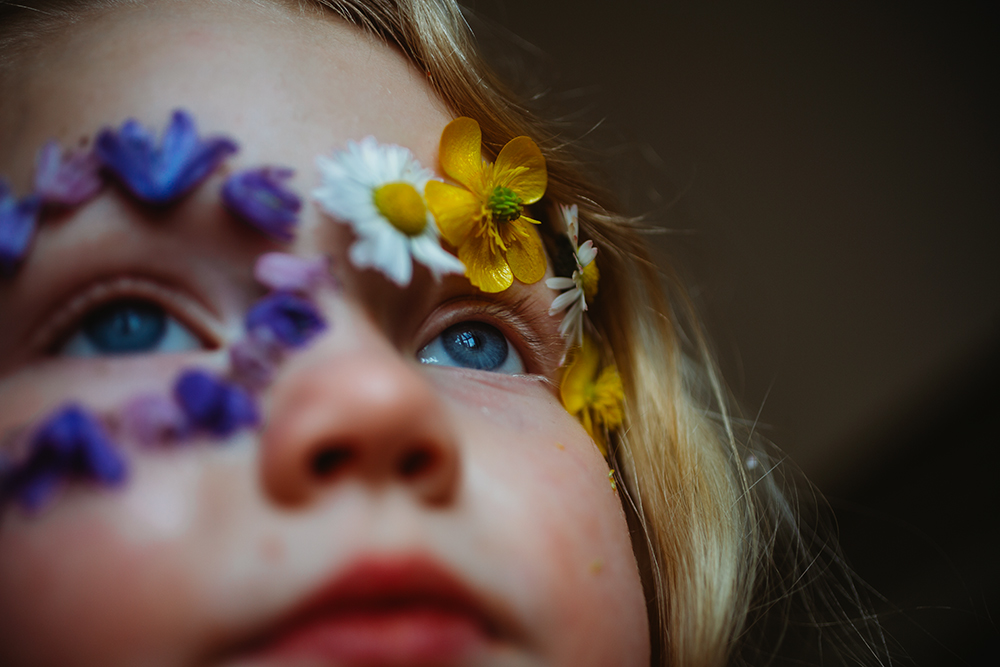 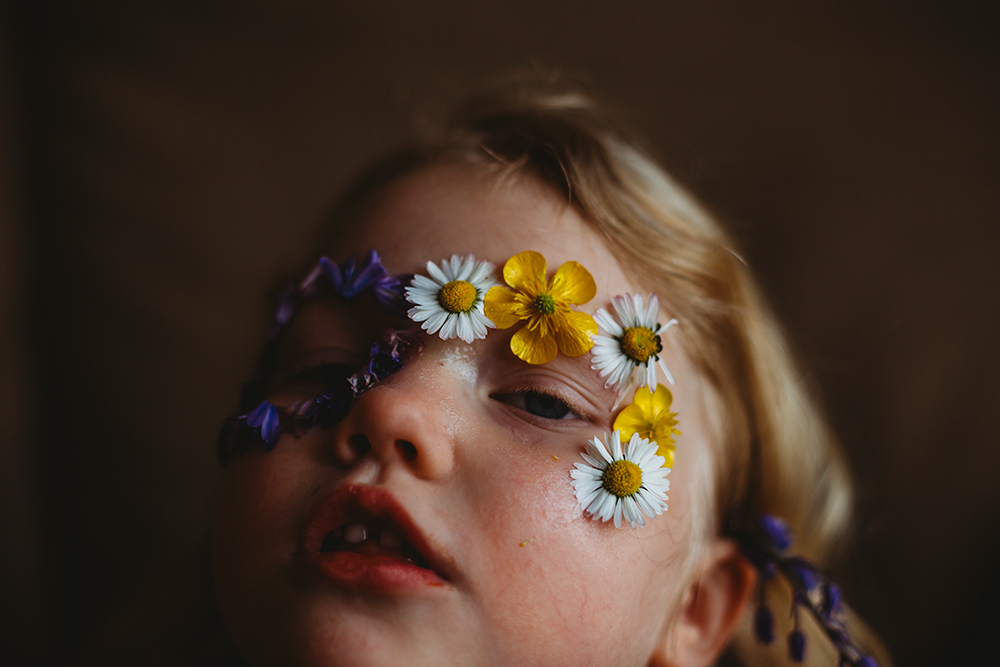 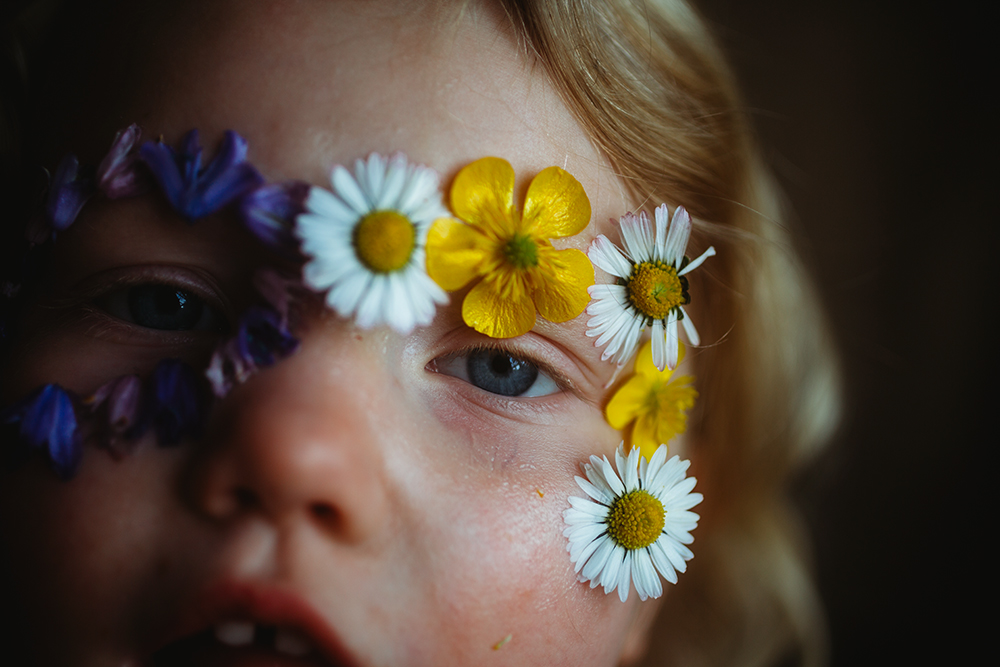 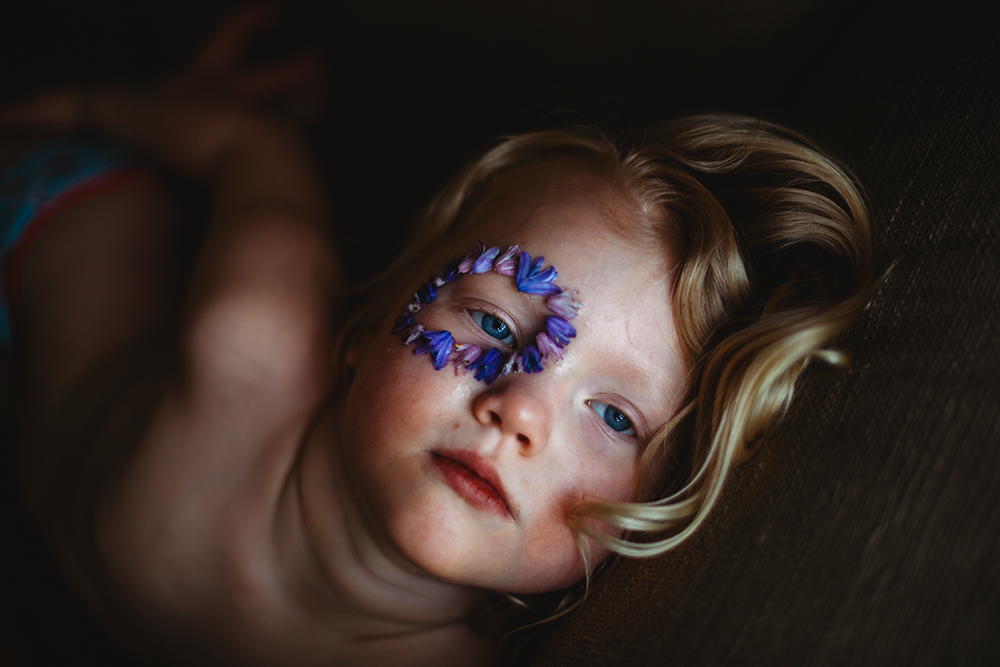 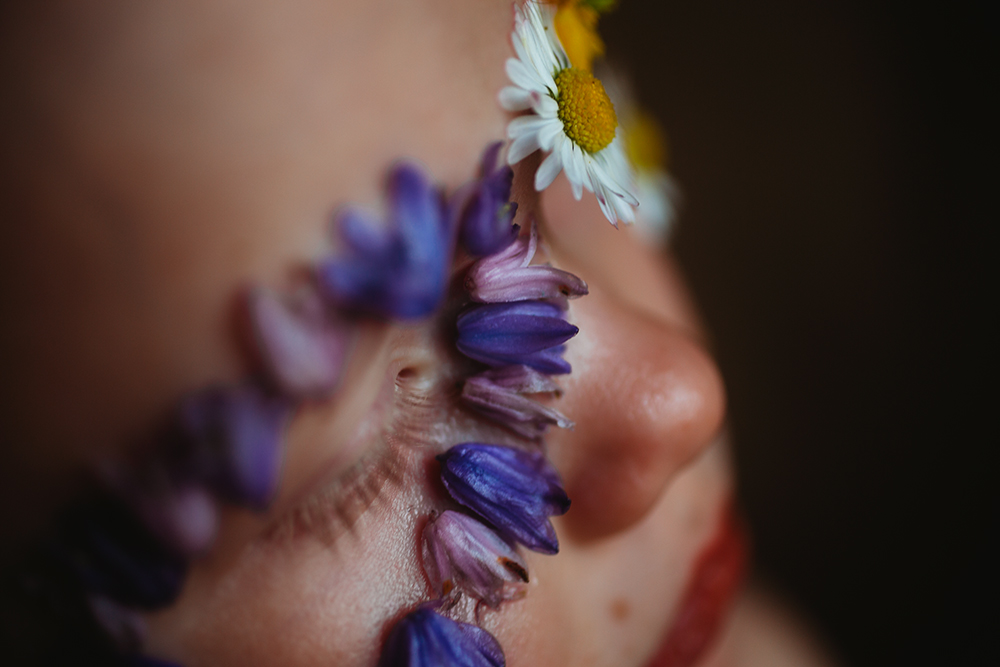 During this time we have also started to get really into foraging and I cannot tell you how happy it's been making me and even Nixie too. it's incredibly fulfilling for me and even more so when the enjoyment of picking the ingredients is shared by my daughter. I kept seeing dandelion recipes being shared online (I recently joined so many foraging groups on facebook and I'm kind of obsessed!)and as it's a flower that is so incredibly abundant everywhere we decided to make dandelion agave bread as our first foray into foraging and oh my gosh it tasted so good!! 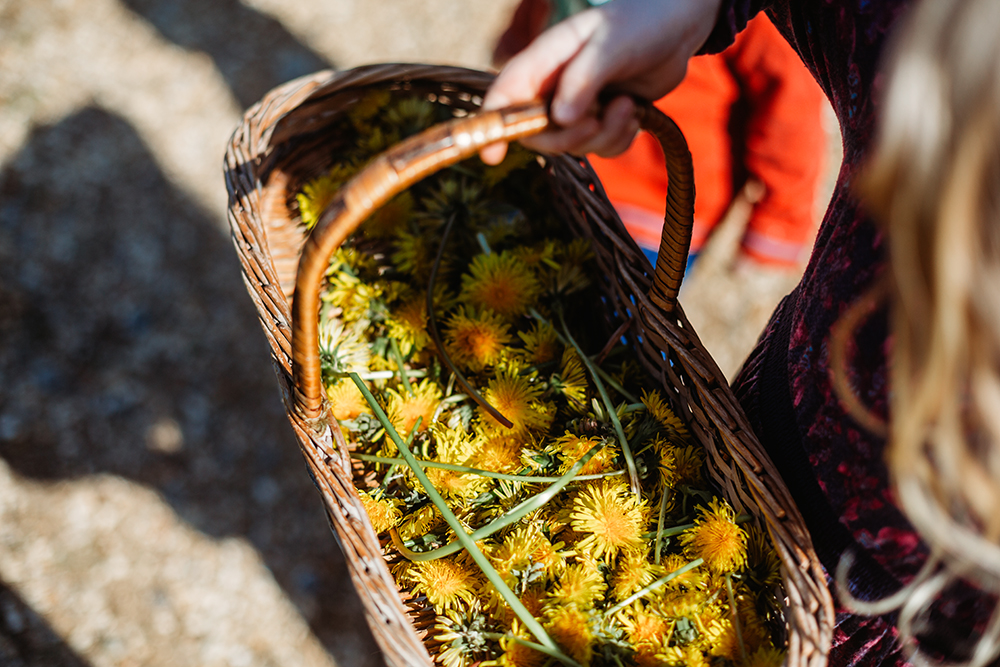 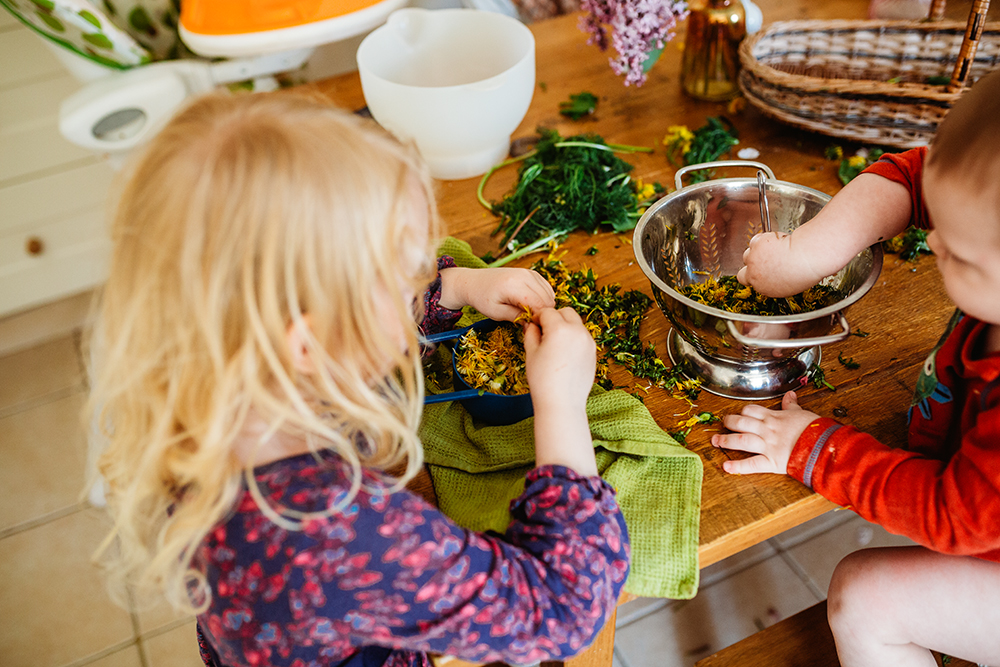 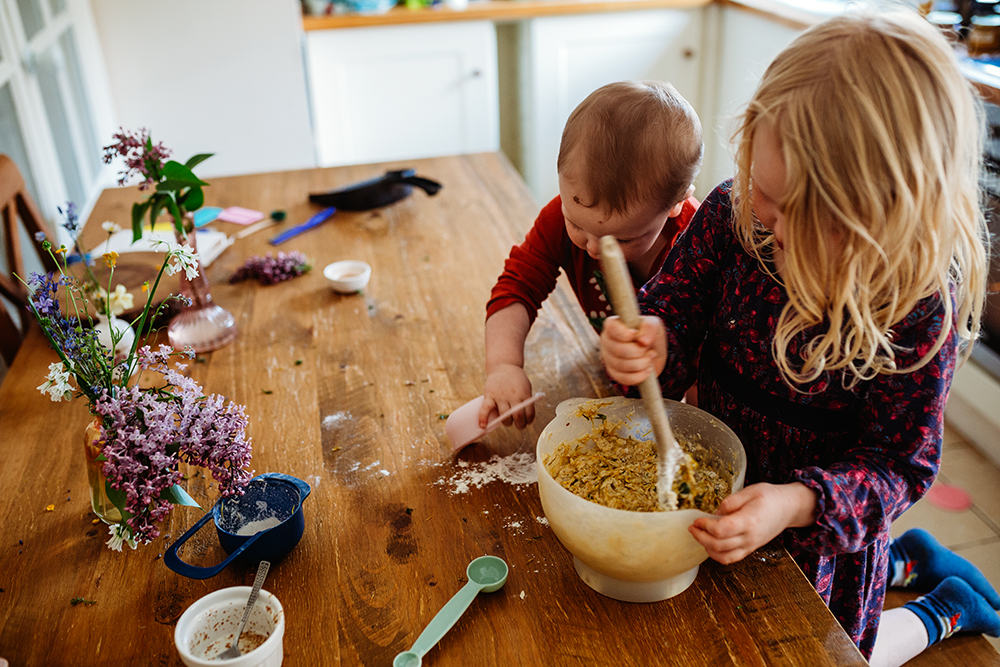 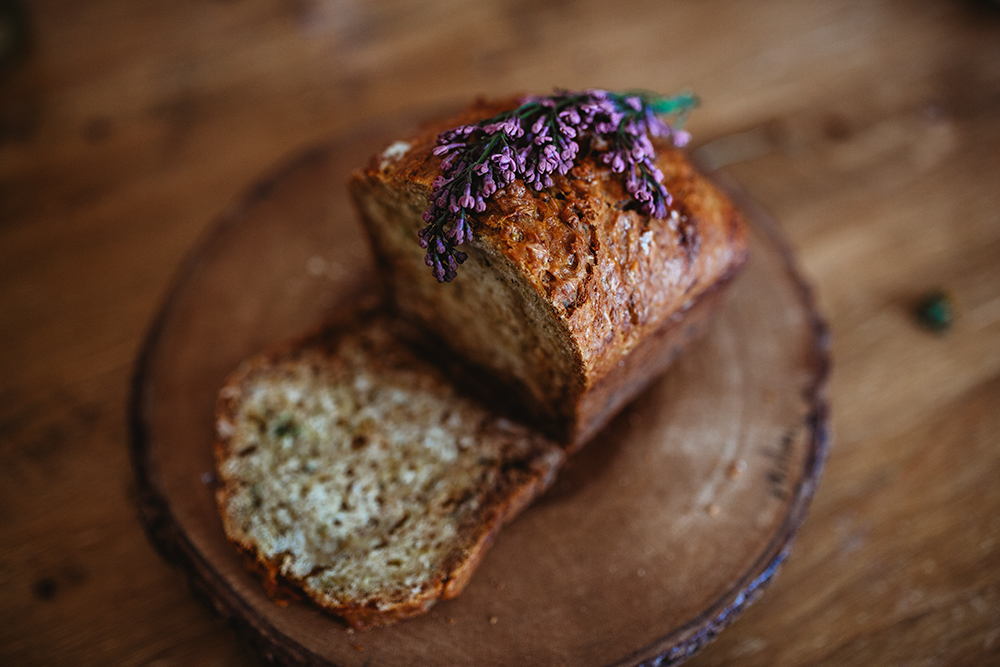 About 1 cup dandelion heads. I just used the petals. Mix wet ingredients and then add the dry ingredients. Butter & flour your loaf pan. 10 min at  200, 10 min at 175, and finish at  150 until toothpick comes out clean...about 30 min. (Now that's the recipe I used well I made it vegan but the cooking times were off for me, I had it in the oven for about an hour before it was ready!)

After that we made dandelion marmalade which turned out so yummy and is especially good on our banana pancakes. The recipe is from Chef Steve Thompson at The Foraging Chef 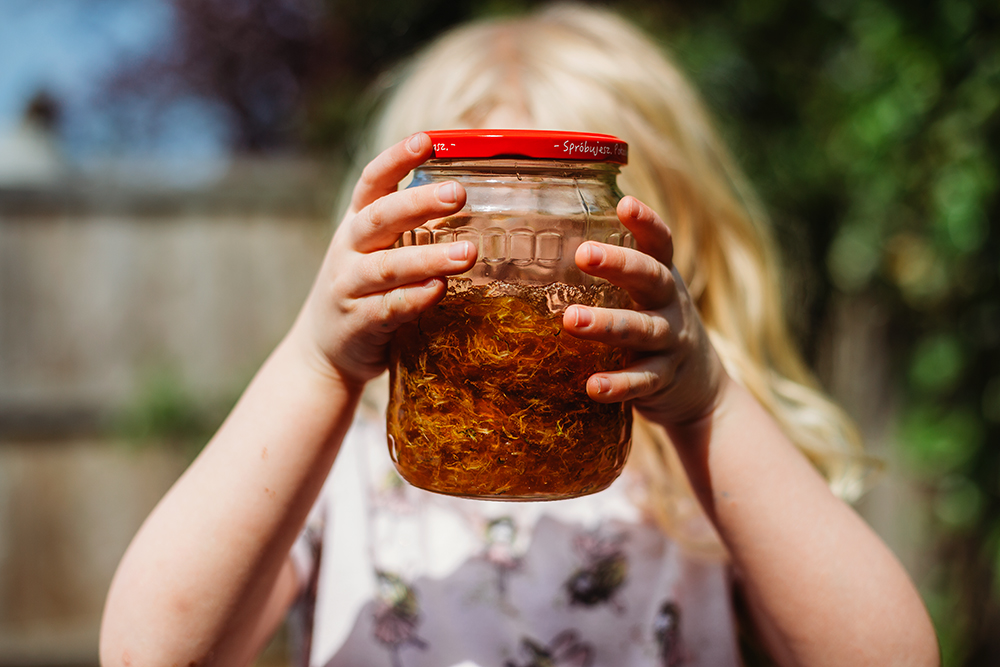 Add the apple, cider and sugar to a pan and bring up to 105°c

If you dont have a sugar thermometer keep a plate in the freezer and spoon a small amount on when you think it's ready and check the setting point, if it's too runny it's not hot enough.

Once this has reached temperature add petals and mix in, try to do this in as few mixes as possible to avoid crystalising your jam.

We also made dandelion honey and it's crazy how much it actually smells & tastes like honey and it's been the biggest revelation so far,  now we are on a mission to make enough to last us until next year, it is way cheaper than store-bought and also environmentally friendly and vegan! We used Vegan On Board's Dandelion Honey Recipe head over there to read more about the amazing dandelion! 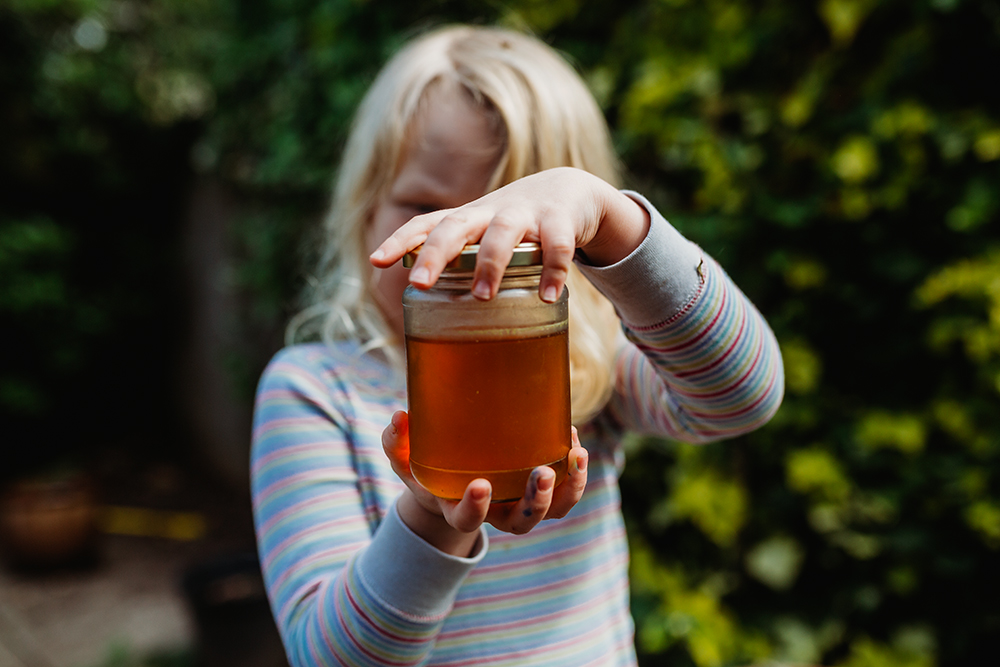 Place into a pan, bring to a boil  and simmer for 15 minutes. Leave for about 12 hours.  Strain the water. Then measure the amount of water and add equal parts sugar and  then bring it to a gentle boil until reached your desired thickness.

You just need to make sure you leave some for the bees,  I read that you should leave 20 or so for every one you take which is pretty easy to do around here. Me and Nixie liked pretending we were bees but happy that we didn't need to regurgitate the liquid into each others mouths! Oh and we're also in the process of drying some dandelion stems because I want to have a go at weaving a little basket with them (another thing I recently discovered is a possibility!) , the dandelion has become one of my favourite flowers i had no idea that there's so much you can do with them! 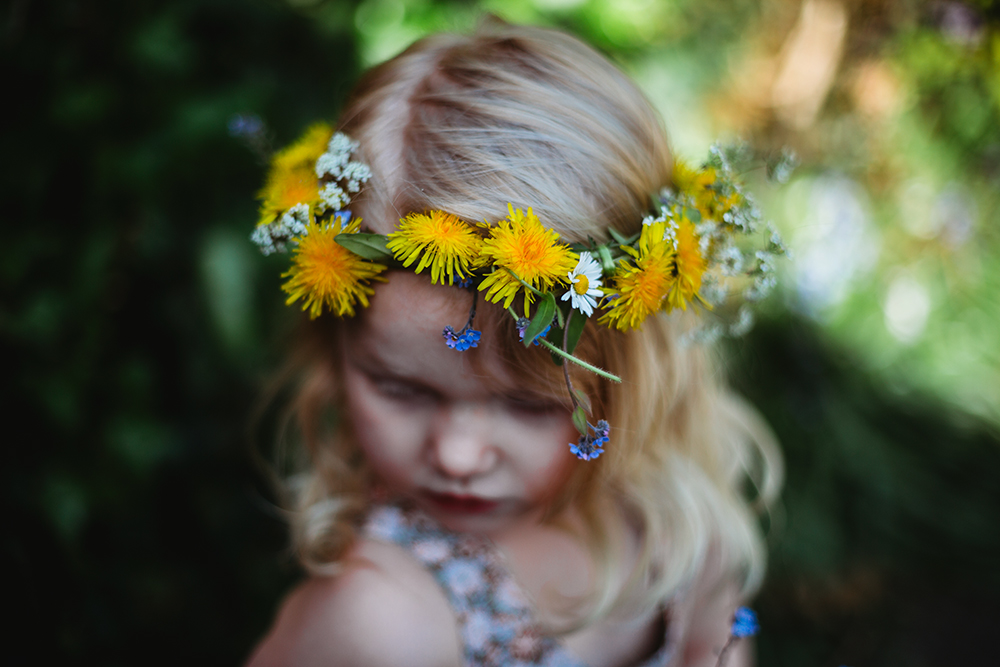 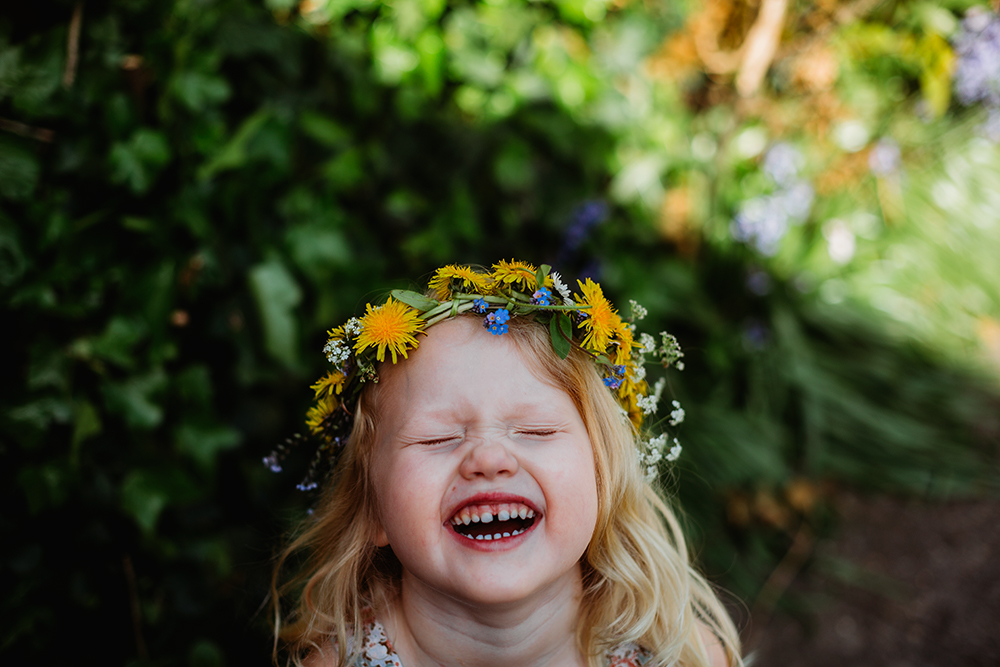 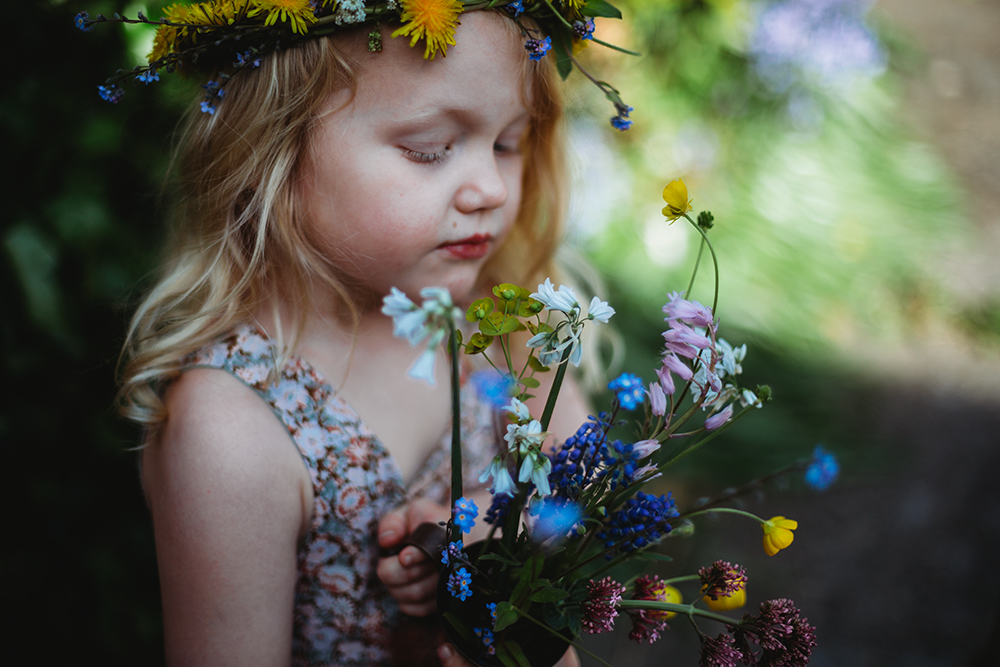 We are lucky to have a neighbour who has the most beautiful lilac tree (which happens to be one of my favourite flowers and smells in the whole world! Along with Magnolia)  which hangs partly into our garden so we decided to create vegan vanilla cupcakes with lilac frosting and they turned out so pretty!! We used a recipe by Foraged By Fern (go check her out, the stuff she makes is so pretty!) 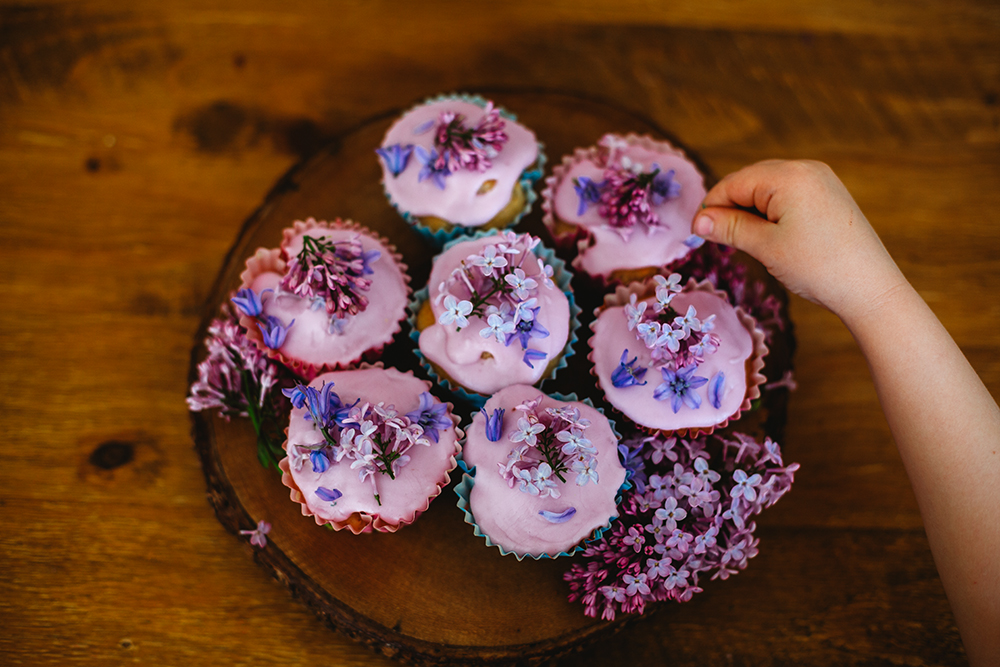 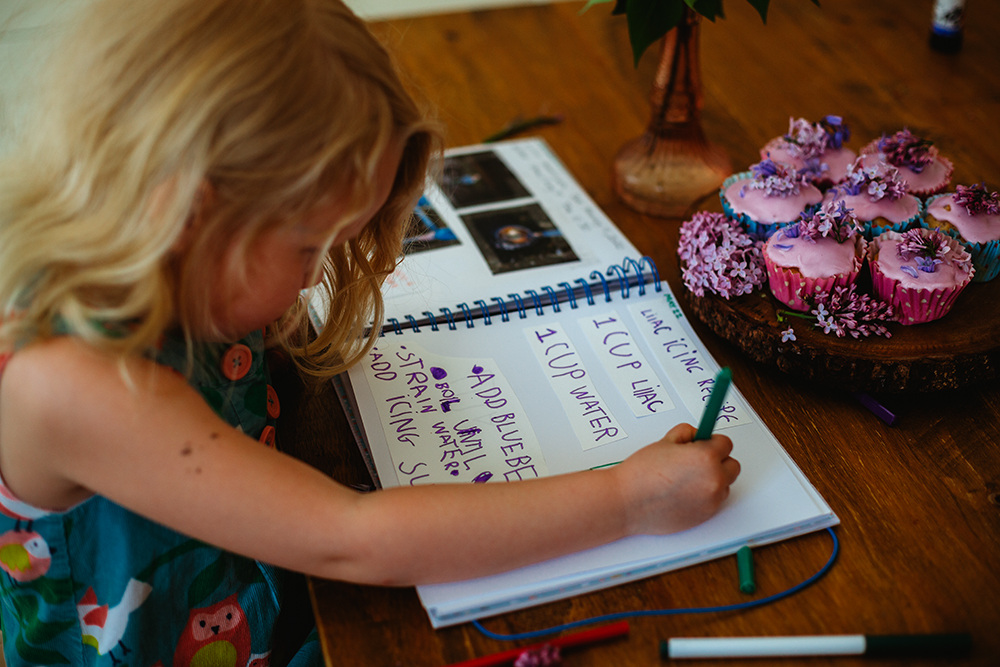 a few blueberries (for a deeper colour)

boil until bright purple. Then strain and mix the flower water with icing sugar until desired thickness. 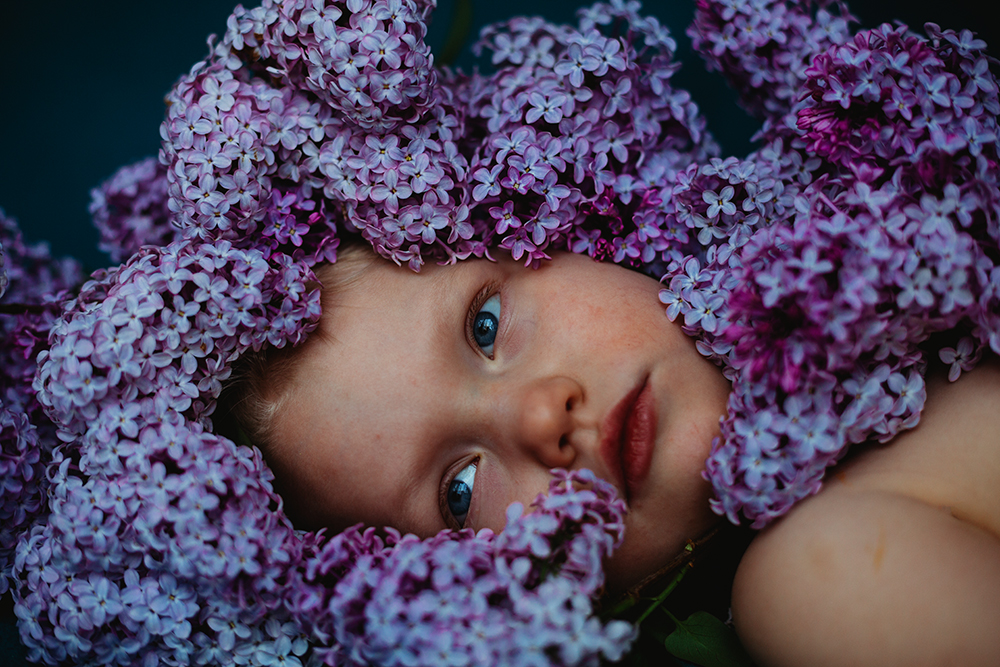 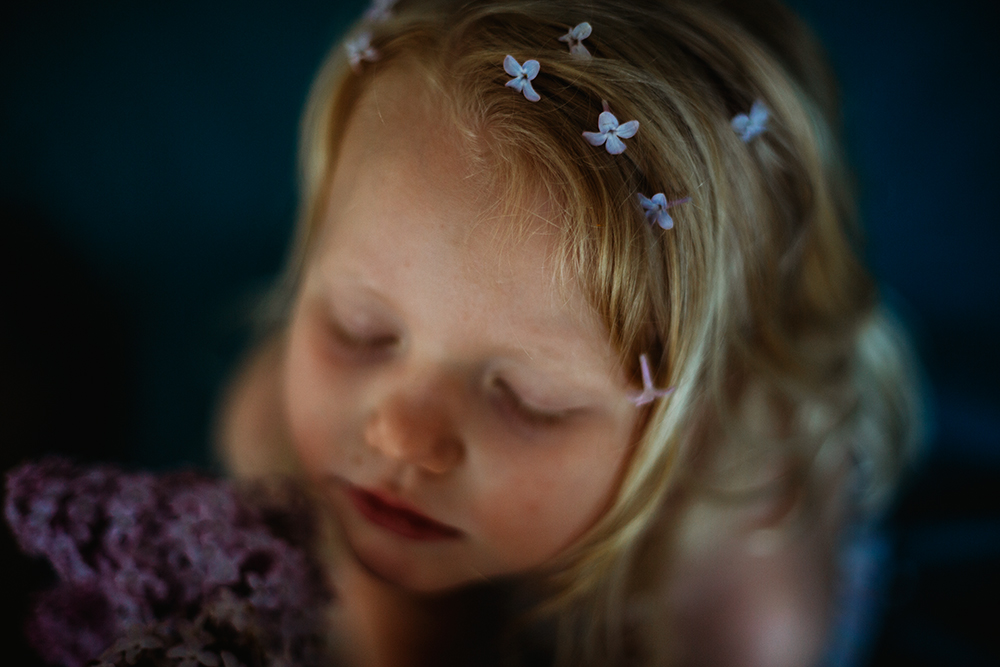 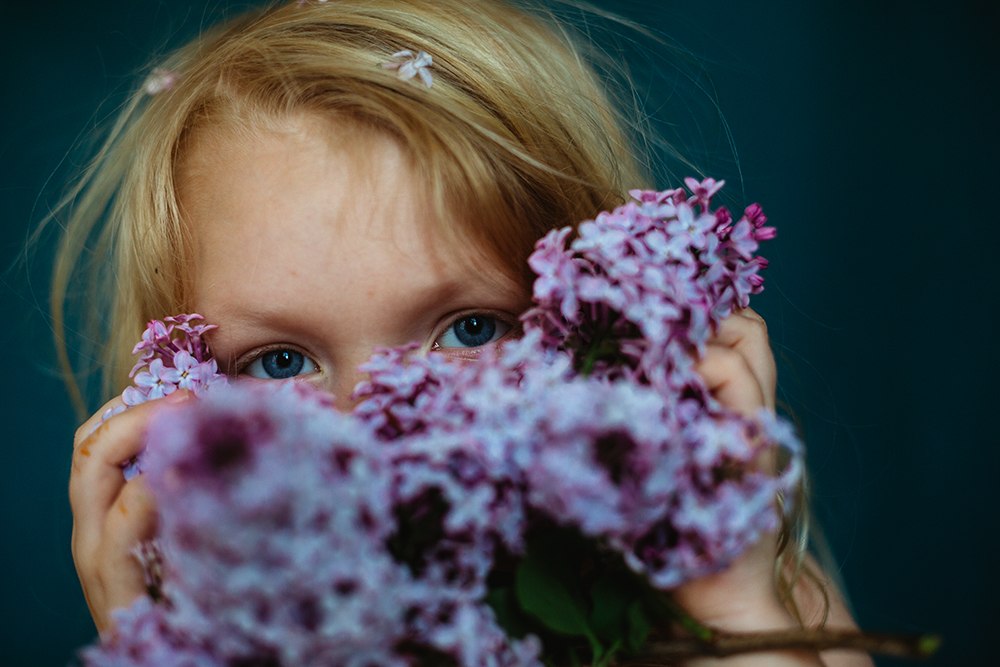 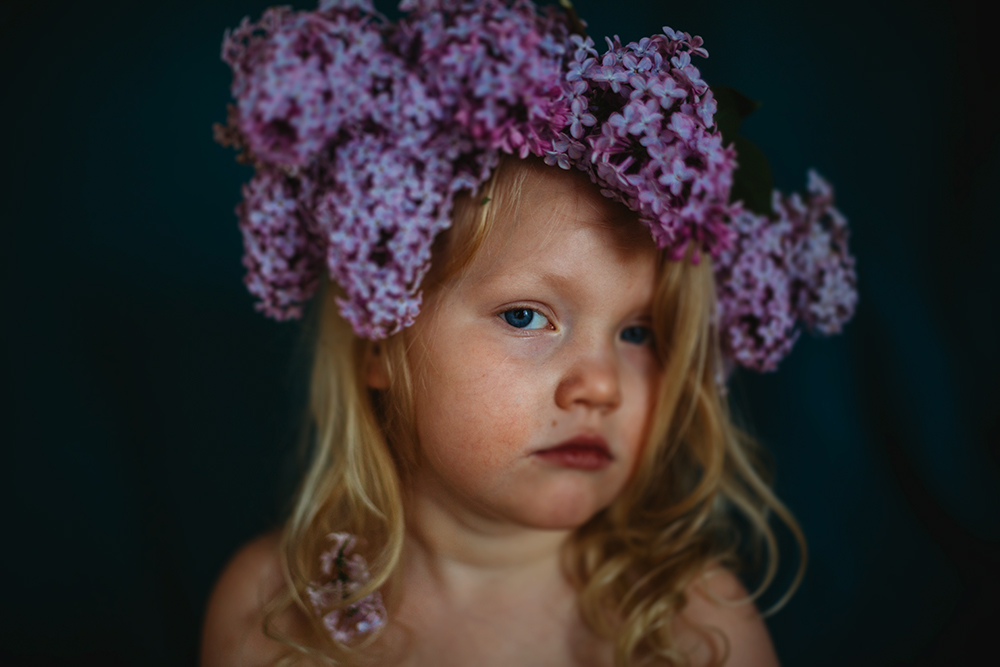 Also we are in the process of making Daisy salve which is supposed to be similar to arnica and be good for bruises. We are also going to make nettle crisps,  I've seen photos and everyone who has made them all say how yummy they are! All of this has triggered such a strong desire in me to learn all there is about foraging, once this lockdown is over I want to go on some foraging courses, I'm also feeling drawn to study herbal medicine too,  I love the idea of making my own tinctures and salves. 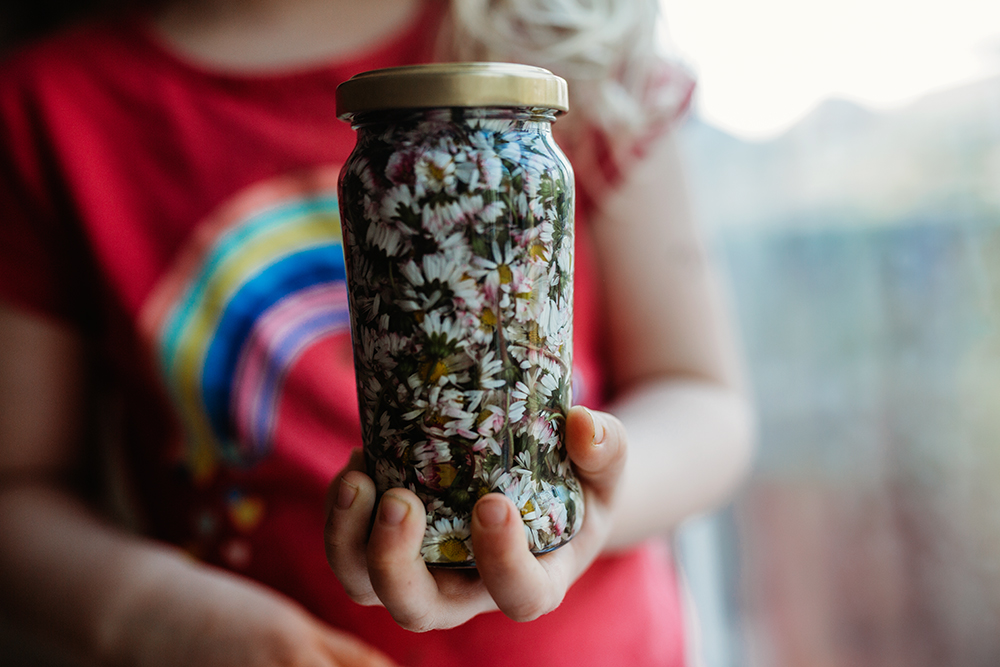 I would love to hear what your favourite foraging recipes are and also which are your favourite books for helping to identify plants, would be great as well, I would absolutely love it if you could share them in the comments!

Ann, these are absolutely gorgeous! Thank you for sharing your beautiful creations and recipes. I was wondering about dandelion bread and want to make it. It's so wonderful to see Nixie writing the recipe too. You are an amazing mama and an inspiration for me! Love to you all ❤️