Wow. It's been a long time since I've done an entry for this project. I feel a bit sad about it since both of you have grown and developed so much since the last one and I feel the need to write a little update about things first. So for you, Forrest, your preschool experience was short-lived. You only went three times when you decided you no longer wanted to go because you missed me too much and just the other day we were talking about it and I asked you if you wanted to try again in September and you said no. You want to go when you're 5 with Nixie. You told me that they were all babies at your forest school and that you're a grown up and I could completely understand where you're coming from because you're used to playing with kids older than you and they play much differently. But I'm ok with you not going, I love hanging out with you and always said from day one that if you didn't want to go you didn't need to. Also your ability to share your thoughts and feelings have developed so much and you are so incredibly thoughtful, polite & empathetic. Sometimes I forget you're only three because in many ways you are so mature! A couple of months back you started doing poos completely on your own which you are super proud of although you still need me to see you on the toilet so you can tell me, "look I'm doing a poo on my own!"

And Nixie well you seem so grown up. You are becoming more and more independent and love to create dance routines and have a new found passion for Pokémon. I'm amazed how much you know about them! Your love for cats is still going strong and just last week you started getting an allowance and went to Smyth's superstore where you bought your very first Pokémon cards and bracelet making kit with your own money, you were so nervous interacting with the sales person behind the cash register but you did it and I was so proud. You really are growing up so fast!

We've had a lot of 5am wake-ups these past few weeks and today was no different. You, Forrest and I made our way downstairs at 4:50 where you proceeded to watch a show on your tablet and demanded I sit next to you on the floor and then every 20 seconds you hugged me telling me how much you love me and how you just can't stop loving me. I woke you, Nixie and daddy at 6am and after a quick breakfast you wanted to dance to the song “Come on out” from zombies 3 which is your new thing since yesterday when you hung out with one of your best friends. And Forrest you demanded I put a dress on you so that you could dance too, I love how you need a dress to dance and I absolutely love the way you sing to it too!

We managed to be ready and on the road to go to Cheddar Gorge by 7:20. As soon as we got in the car, you, Forrest, said "I am so excited I'm going to burst!" And I love how you Nixie tell me you love me by putting songs on in the car that I like like edamame which used to be me and Forrest's happy song when driving you to embers. We arrived at cheddar gorge around 9:30 and found a place to park and then we all had a bathroom stop before heading to the visitor centre to get our tickets.

The first cave, Cox cave, was very dark and had a lot of projections on the walls and both of you were a bit scared. Nixie you kept asking when it was done and didn't really enjoy yourself but you did love seeing the stalagmites and stalactites. At the end there was a scene of early humans hunting a woolly mammoth and you turned yourself around so you couldn't see although they didn't show any blood, only showed the spear and the mammoth falling down.

When we finished the first tour we headed to Gough cave and already the whole area was getting busy. Once we entered the cave we realised how different this one was to the Cox cave, so much bigger. There were way too many people for my liking and lots of loud big groups (it was one of the reasons I wasn't sure I wanted to go during the holidays) but it ended up not being too bad, I just love having places to ourselves. Both of you loved this cave though and there were lots of excitement and wows coming from you both.

Afterwards we headed to Gough cafe for some lunch and we found a great place to sit outside surrounded by the gorge, it was such a beautiful spot! Once we finished eating we headed to the gift shop to watch a short film called Beyond the View about the area and Nixie, you couldn't help but need to practise your cartwheels, you are getting better and better at them! From there we headed to the prehistory museum where they had some stone age displays where we watched a man dressed up in ancient clothing making prehistoric glue out of tree resin. There were a lot of animal hides everywhere and you, Nixie wanted to know if they were real. I told you that unfortunately they were and this upset you, you hated them.  At one point he began talking about leather and asked you, Nixie, how you thought leather was made and went on to talk about blood and guts and I felt so bad for you because this was probably the worst conversation someone could try to have with you so I saved you by saying let's move on. We walked through the museum and learned about the past although I'm not entirely sure you were super interested. If it's not to do with dinosaurs your attention kind of wanes!

Once finished we went and had some ice cream and then decided to climb up Jacob's ladder and do the clifftop walk. We hadn't planned for this and did not have our hiking shoes on which in hindsight we really should have! It was hard work! It was so incredibly hot and the sun felt so strong but the both of you were absolutely incredible and did so well. Once we climbed the 278 steps we went up to the lookout tower for the view and you, Nixie got really scared as you struggled with heights but Forrest you weren't phased by it in the slightest.

And after that our true endurance test began! Forrest, you were really struggling at first and didn't want to walk and kept plopping yourself down and pretending you were a dog finding sticks to put in your mouth. You, Nixie also found it really tough going and kept laying down on your belly not wanting to go any further. In the beginning we must have stopped every 5 minutes! The heat made it feel exhausting. At times I carried you, Forrest but then daddy took over and carried you sporadically on his shoulders. Nixie you were making us laugh because you would go from laying down on the ground to bursting up with energy running like a dog on all fours! At one point we made a comment about how we were walking above the cave and you both thought this was incredible and couldn't stop talking about it and then Forrest you needed to do a wee and thought it was the funniest thing because you were convinced that you were weeing on someone's head!

Once we made it to the top of the gorge it got a lot easier and we had a little break taking in the views and you, Forrest, wanted some numnum which felt really nice after feeling so hot and bothered, I always love these moments of stillness.

Once we started back on our hike again, you, Forrest, still didn't want to walk but then I remembered we had brownies and this turned into your fuel and motivation, it was great because all of a sudden you began walking loads as long as you'd get a brownie every so often. Once we started going downhill it became so much easier although still quite challenging as the terrain was super rocky and I only had my rocket dog trainers on with no socks so it felt like I was basically barefoot! Nixie you loved this part of the trail though and were zooming downhill and then finding logs and trees to climb on the way. You kept telling us how beautiful everything was.

Once we reached the halfway point we had to begin climbing up the other side of the gorge. There were a bunch of stairs to go up and instead of walking alongside the stairs which would have made it much faster and easier, you, Forrest, had to walk the actual stairs which took you forever! At one point daddy put you on his shoulders so that you could catch up with me and Nixie who were always a bit ahead of you and daddy. Once we reached the top of the other side it felt much easier and Forrest, you were making us laugh so much because you kept bringing up how your wee must have landed on someone's head and you thought this was the funniest thing ever.

Just as we were almost all the way down we actually saw some mountain goats in the trees! They were gorgeous and it felt really special to have seen them. Our entire hike ended up being 5.1KM and took us a total of about 4 hours. You two were absolutely amazing and did so well!!! When we made it back to the car I was shocked to discover it was already 19:00! And Forrest as soon as you were buckled in you said to us, Thank you for giving us such an amazinng day!" You just continue to melt me each and every day. I think it took a total of 20 min for you to fall asleep and Nixie you even managed to fall asleep as well after a while but woke up when we were 20 min from home due to you, Forrest waking up in the biggest tears because your neck hurt and we had even propped you up with shirts so that you wouldn't bend your neck in a bad way but it wasn't good enough, I hate seeing you sad and in pain especially when there's nothing I can do to fix it. I'm going to see if I can find you a neck pillow of some sort because this isn't the first time this has happened. You managed to fall back to sleep just two minutes before we arrived home.

Once home all I needed to do after you had your nighttime wee with daddy (and yes this is still a thing!!) was to bring you into bed where you had some num-num and fell asleep. After I brushed your (Nixie) teeth I massaged you to sleep which didn't take very long at all. Then me and daddy hung out for a little while and had lots of laughs before joining the two of you in bed. 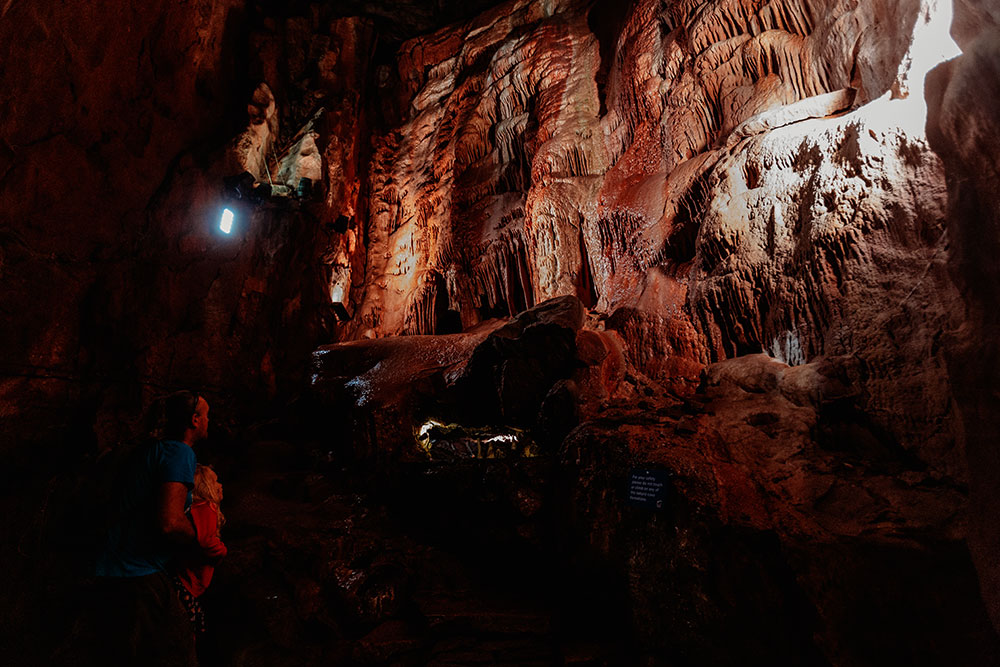 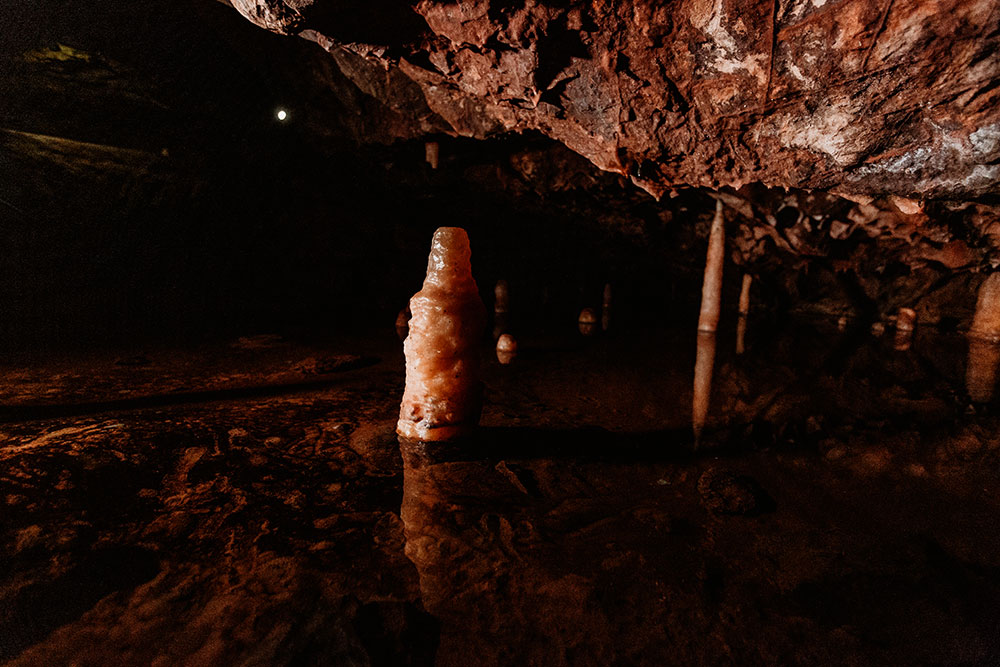 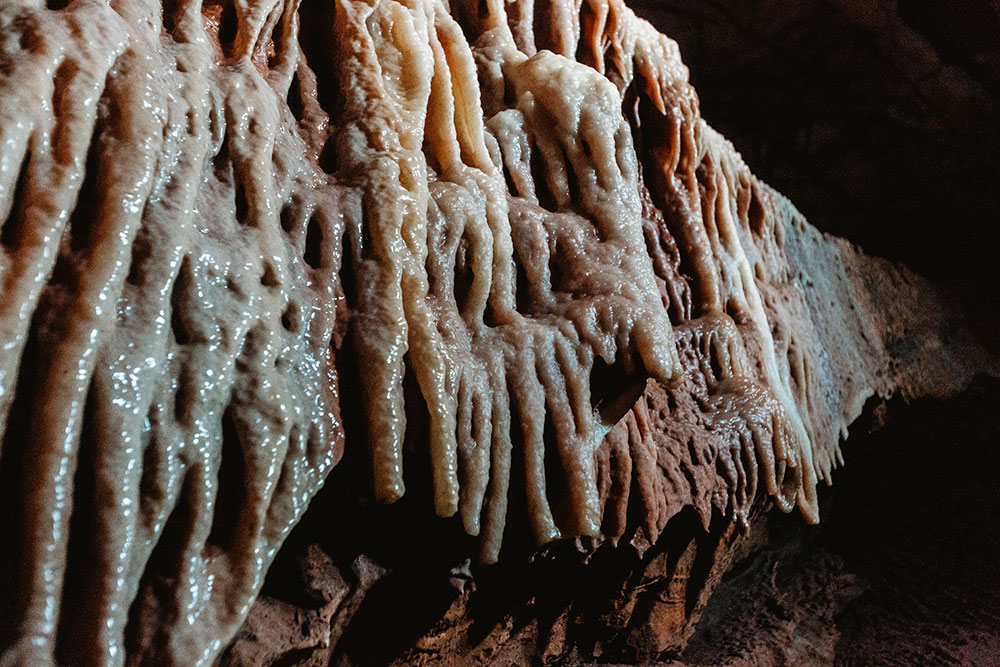 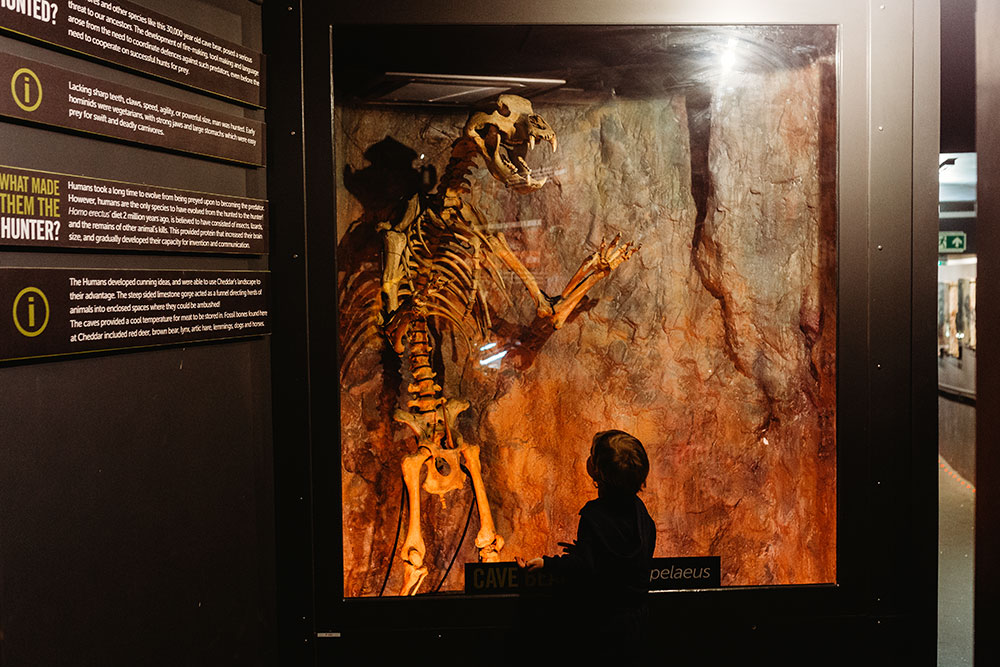 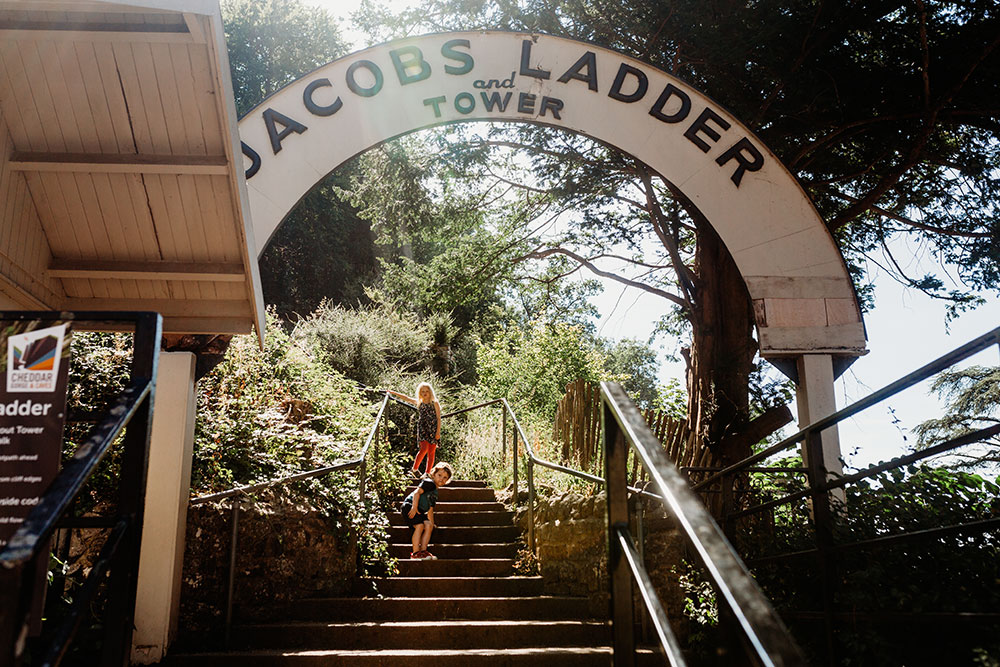 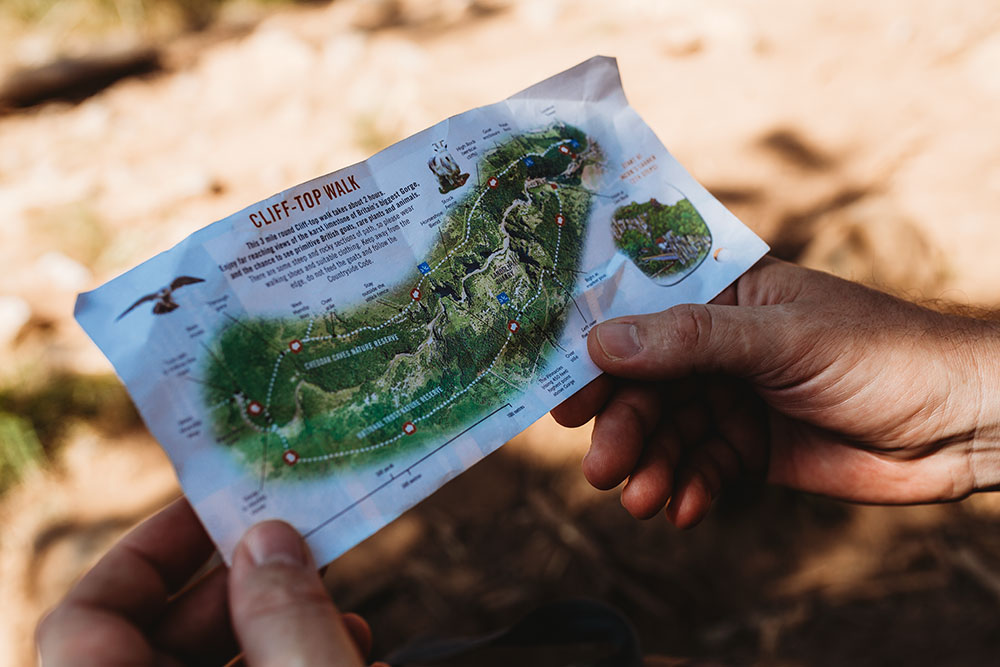 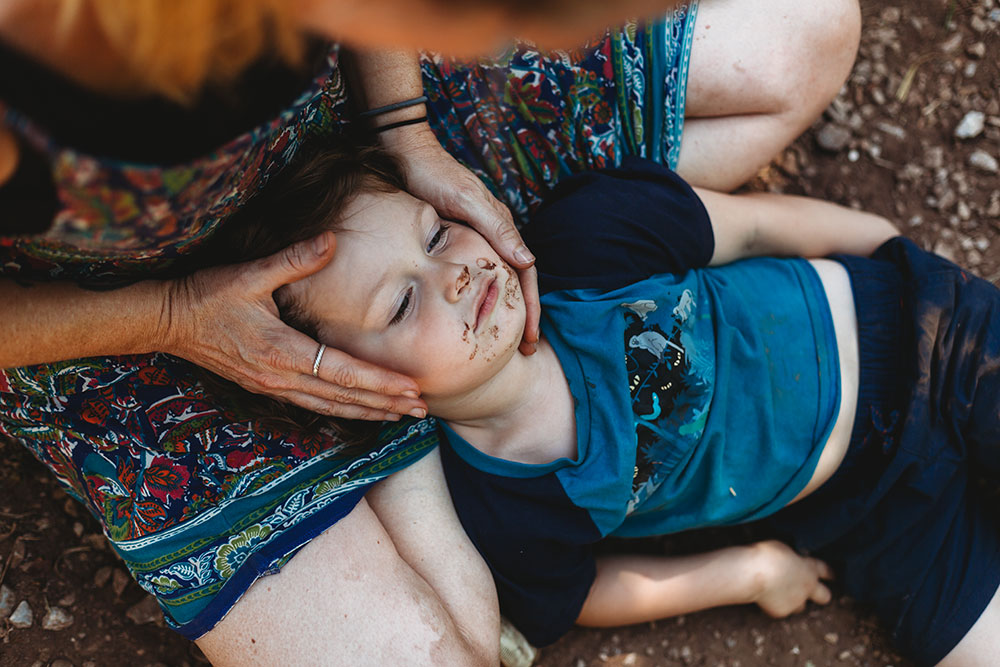 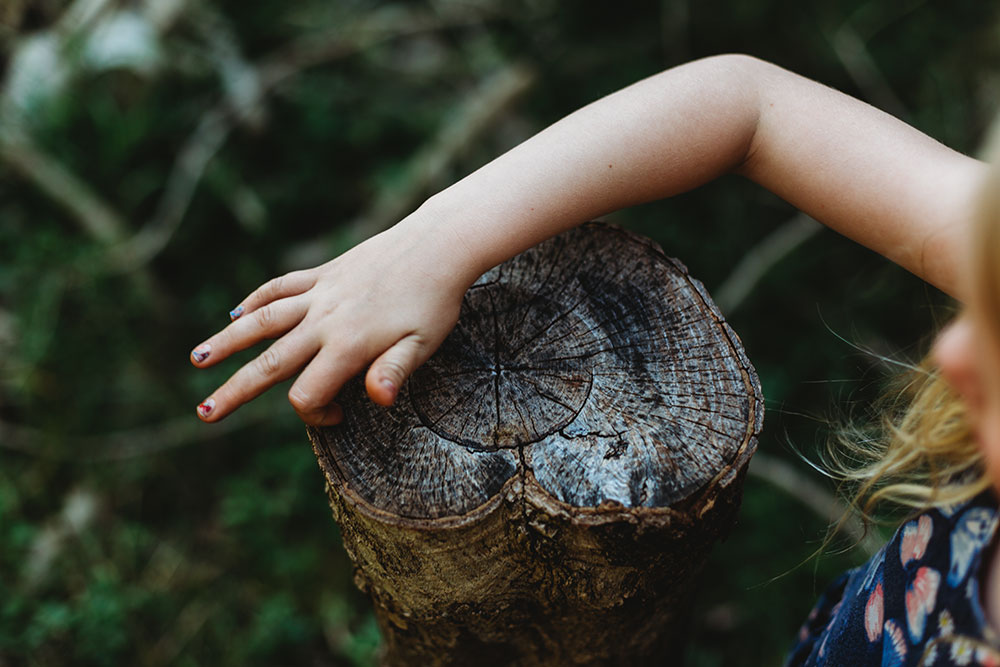 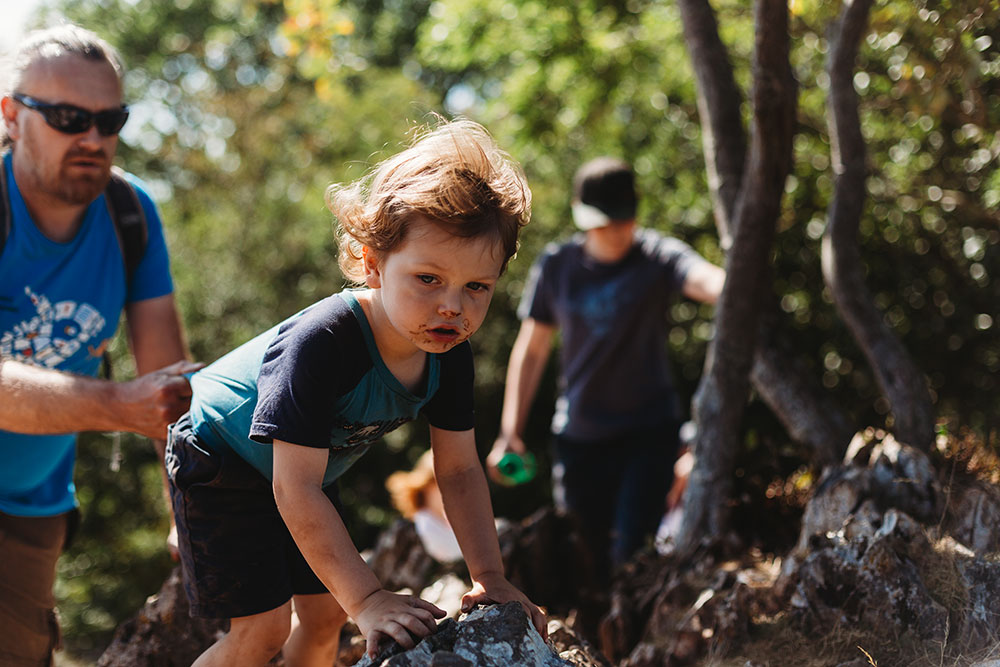 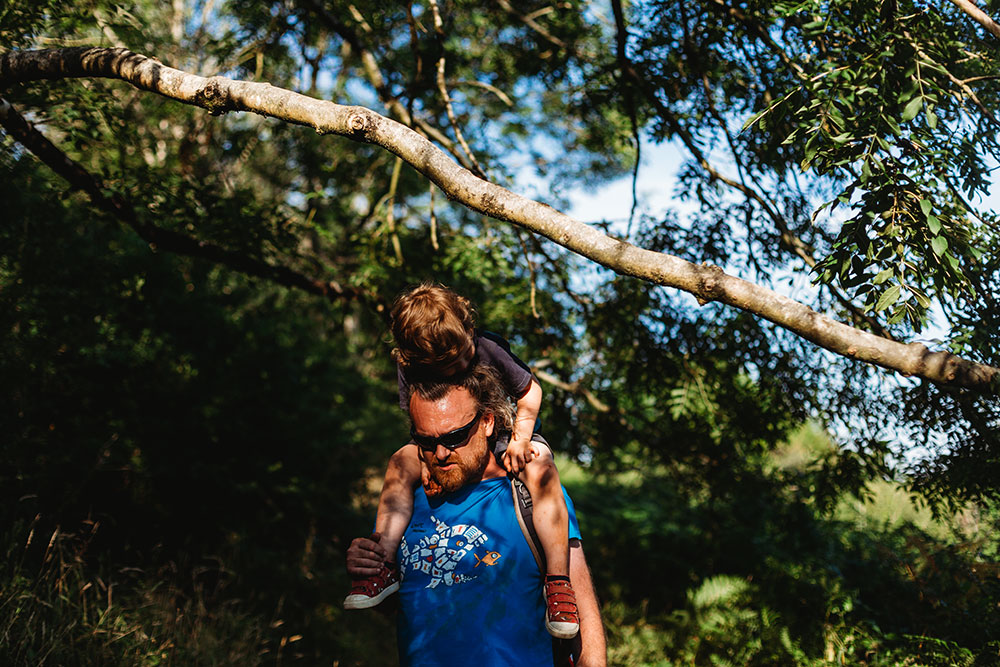 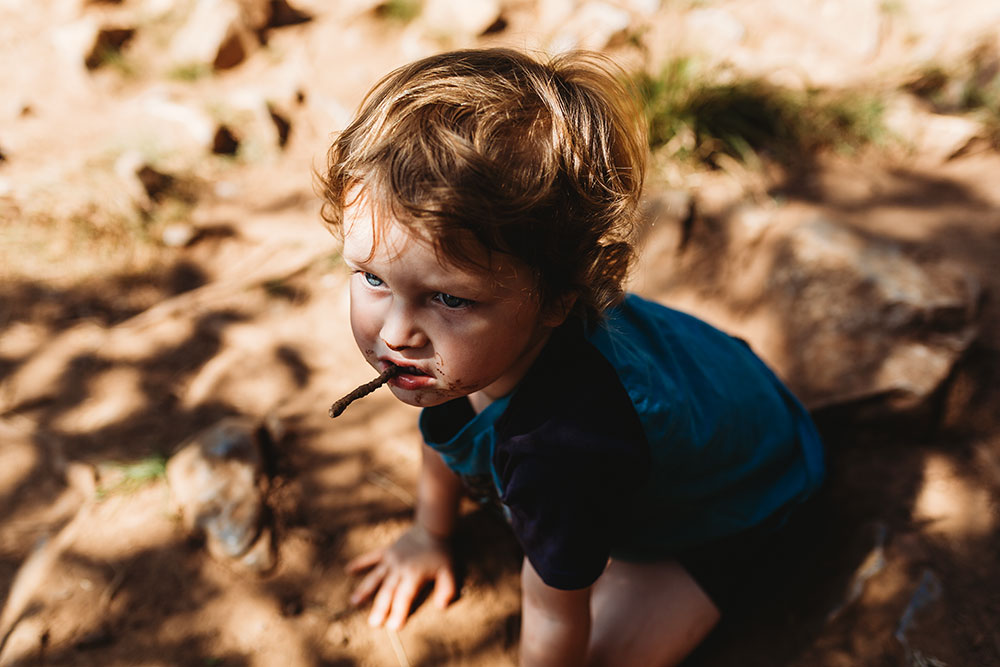 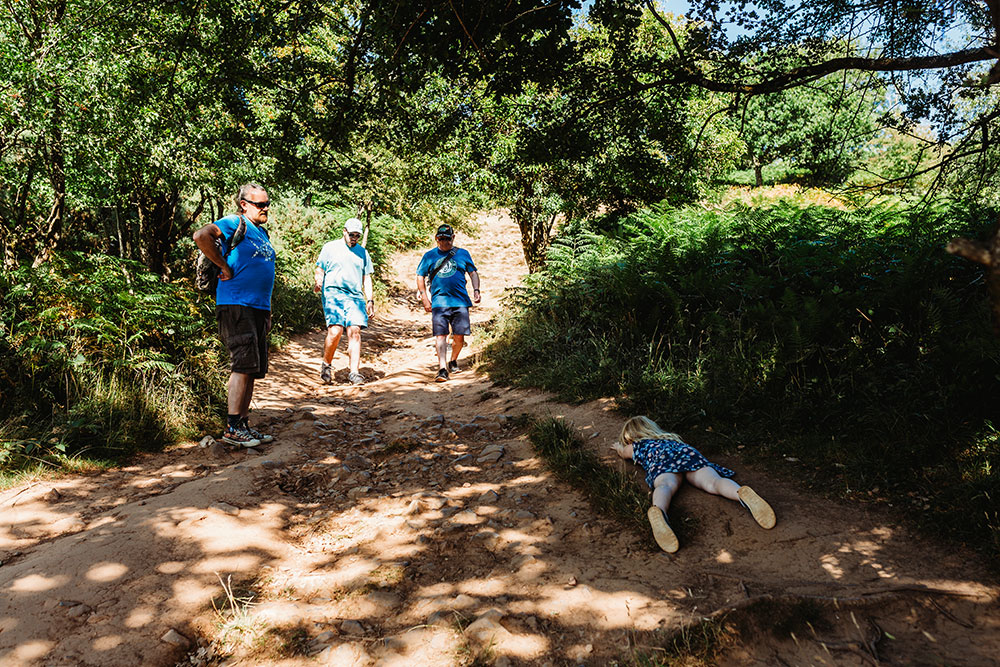 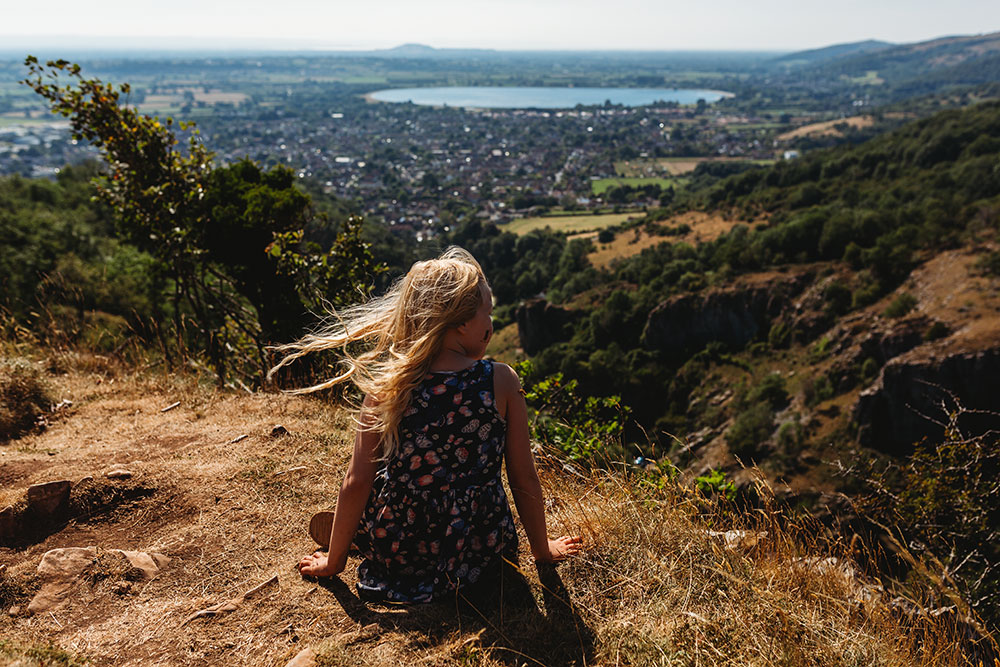 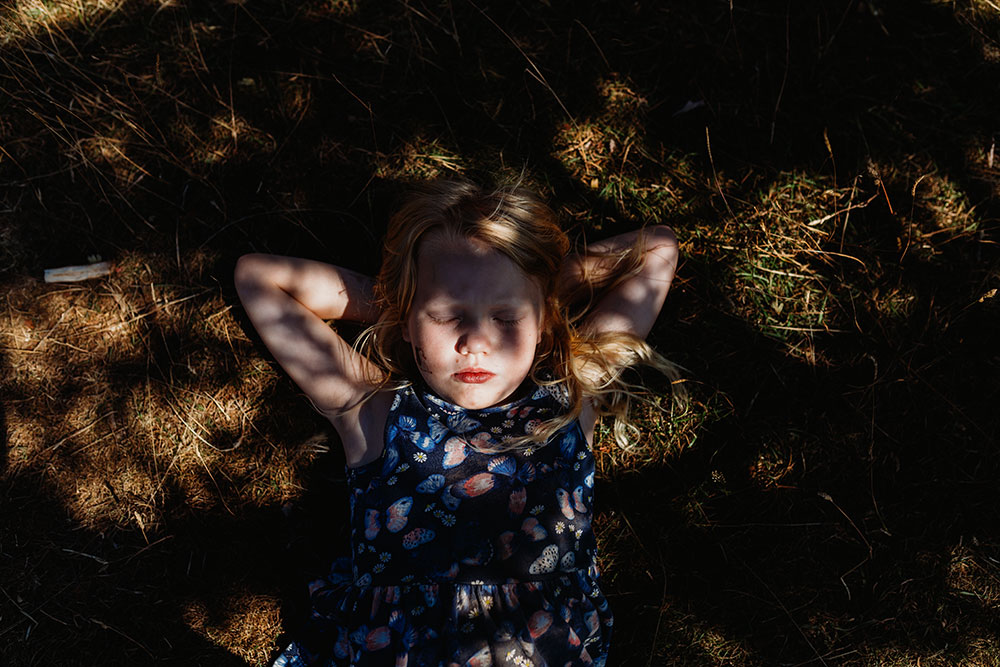 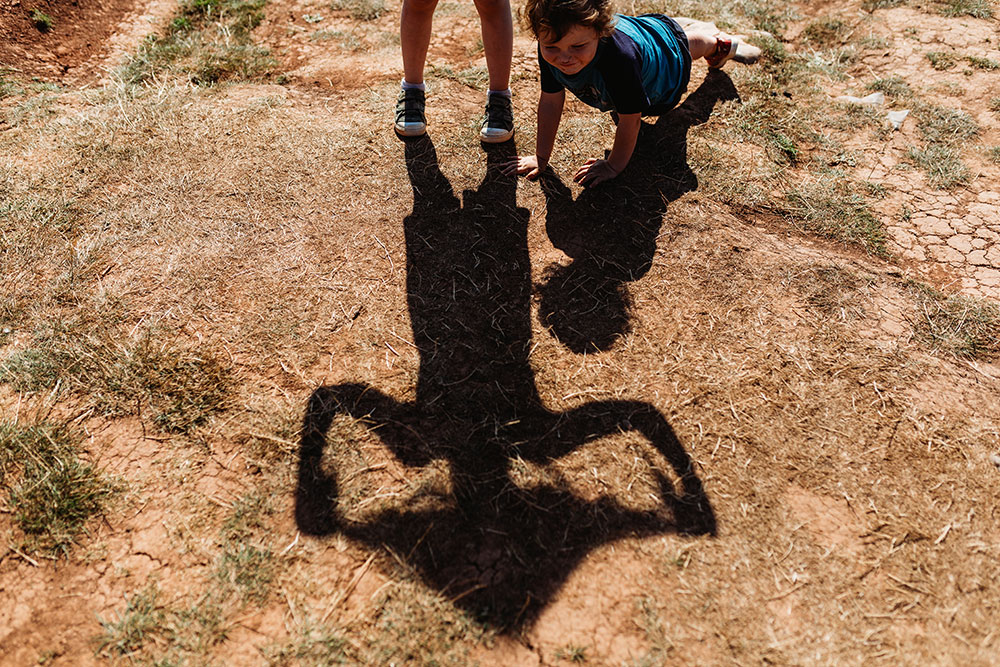 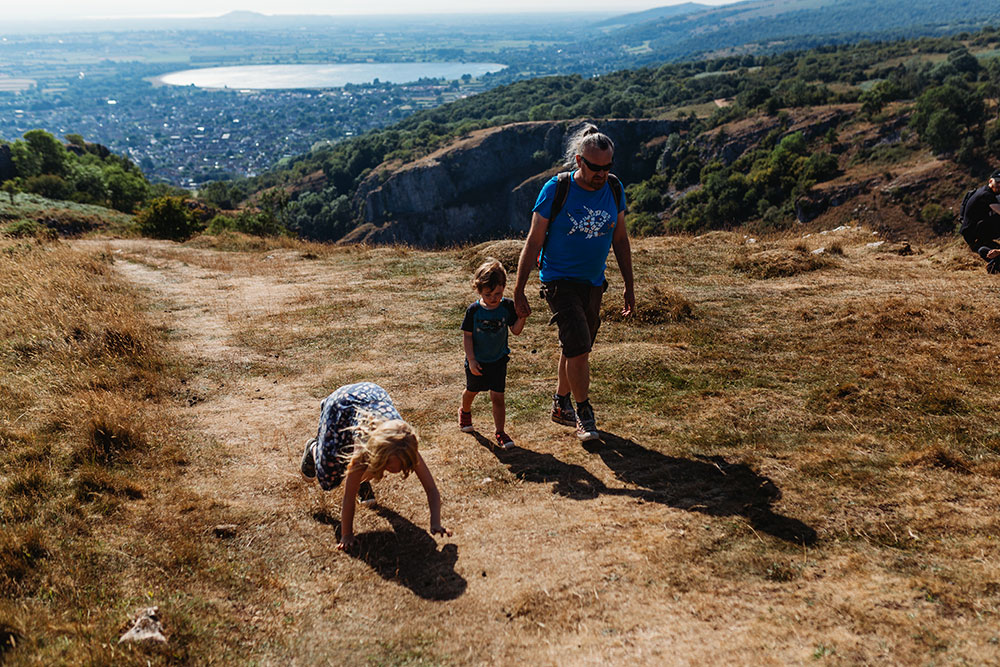 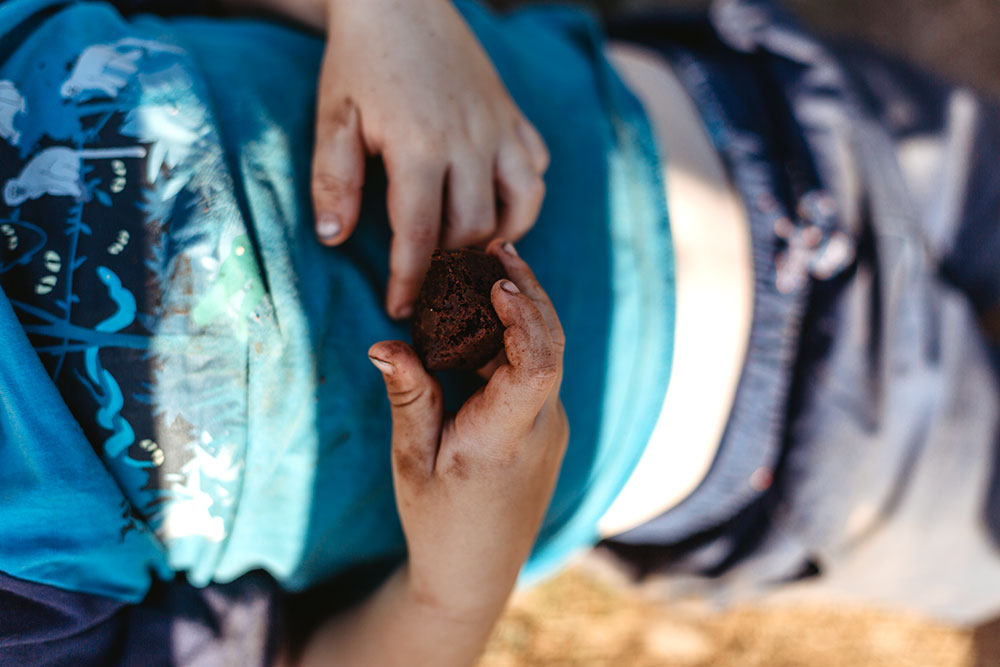 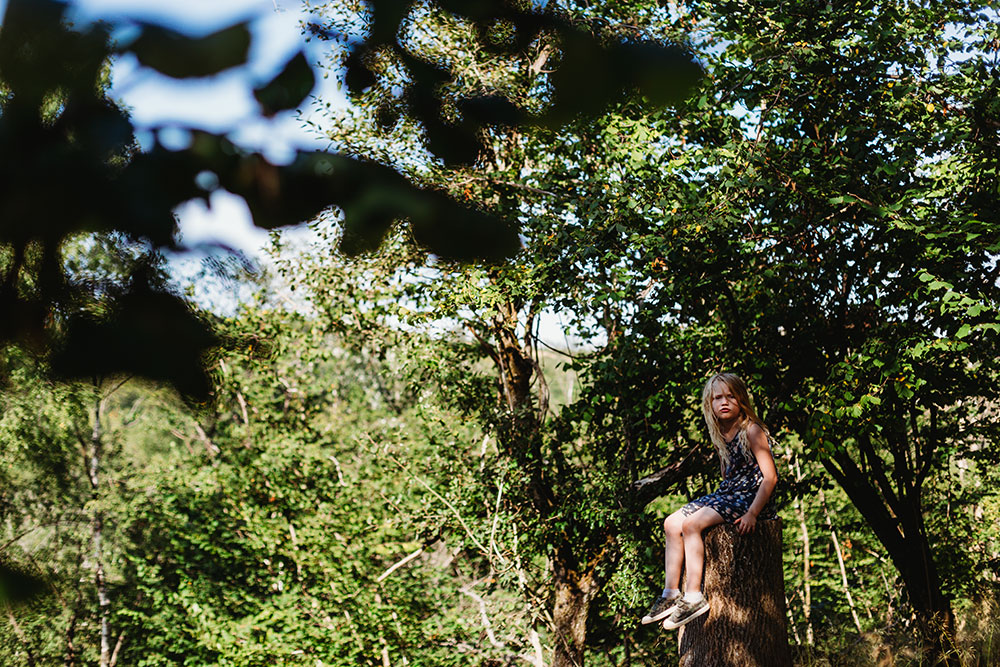 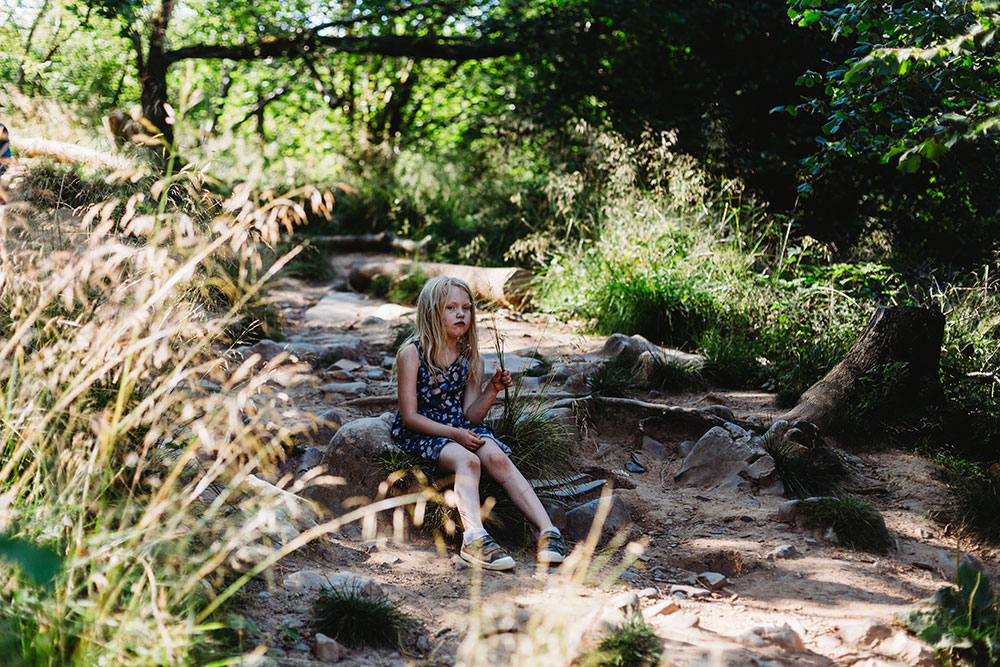 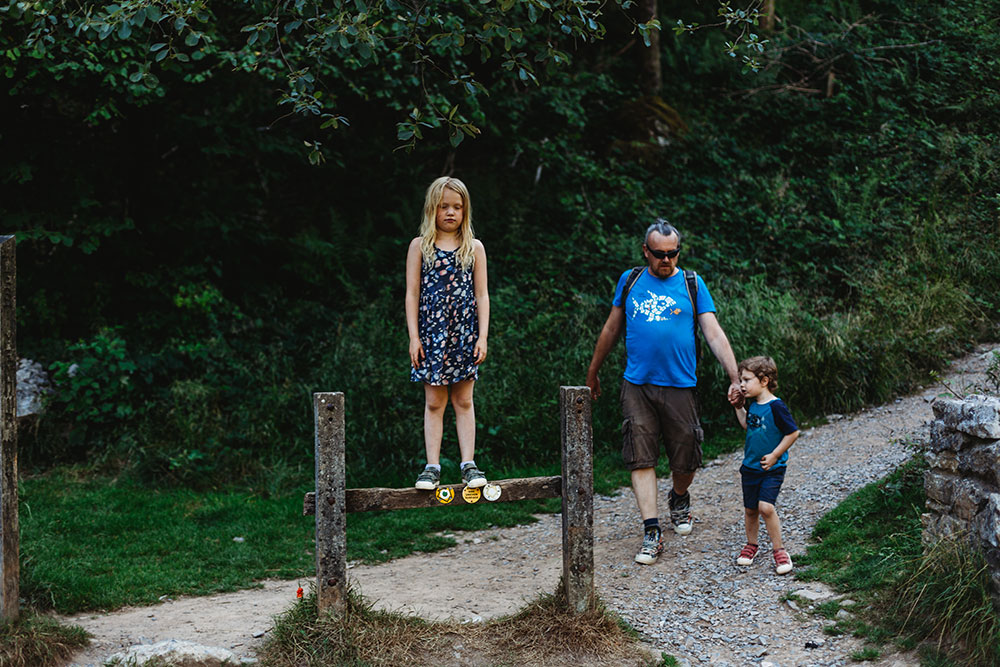 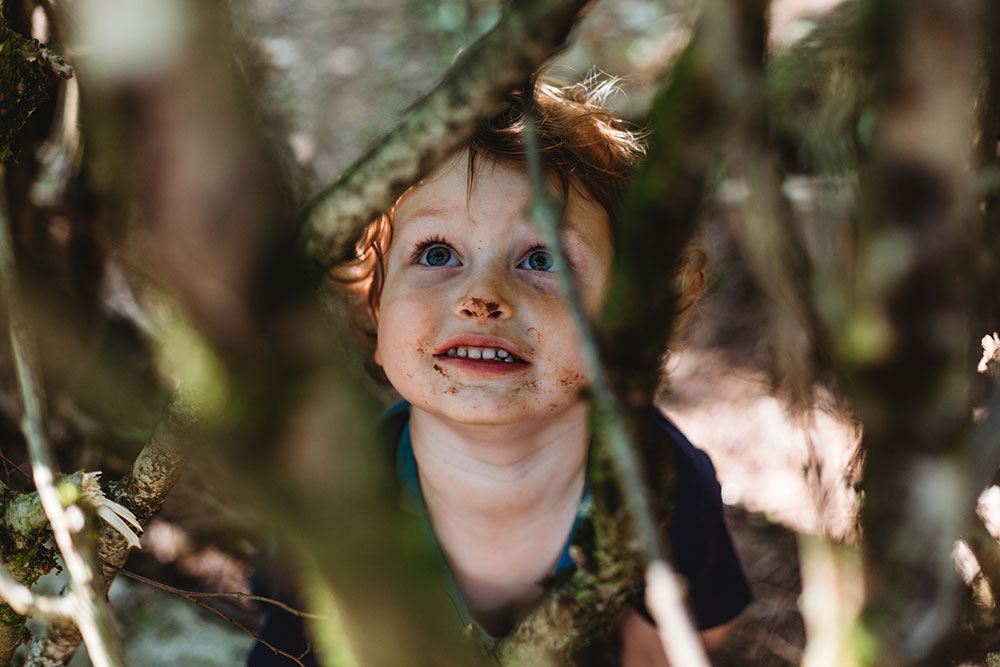 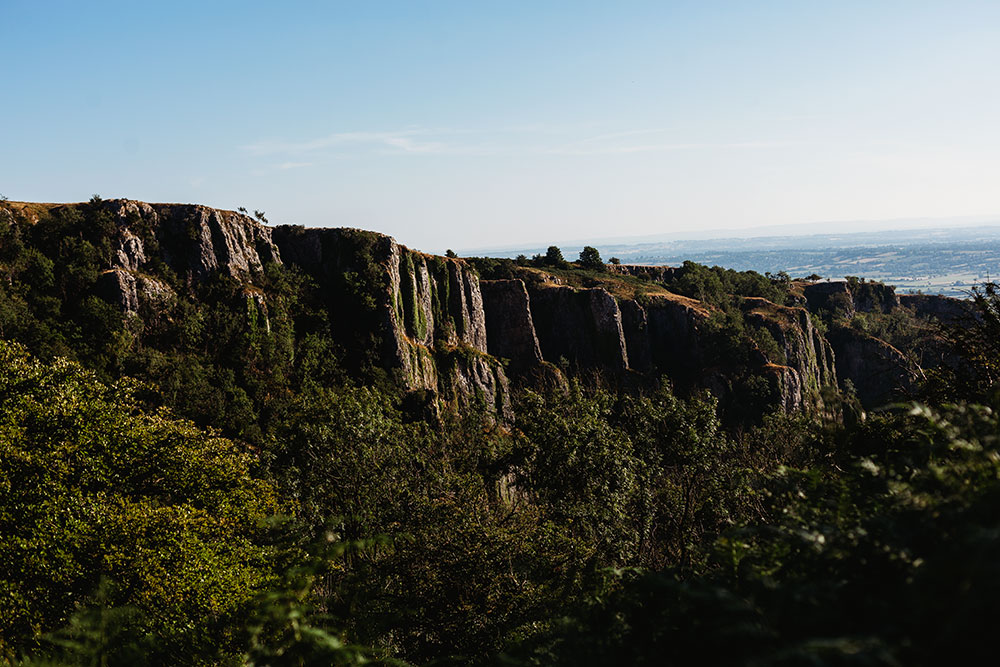 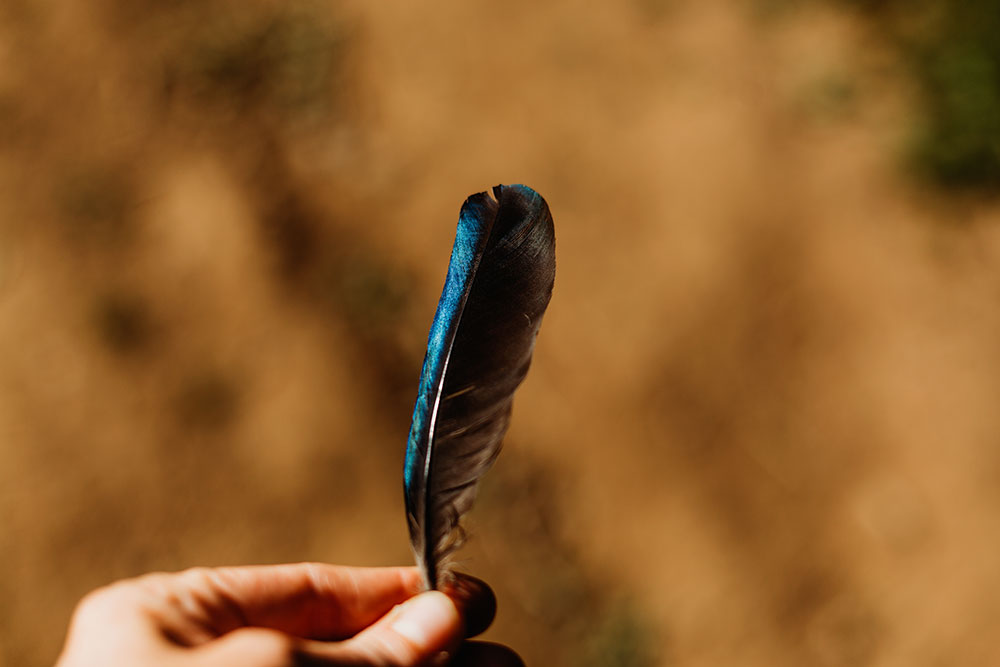 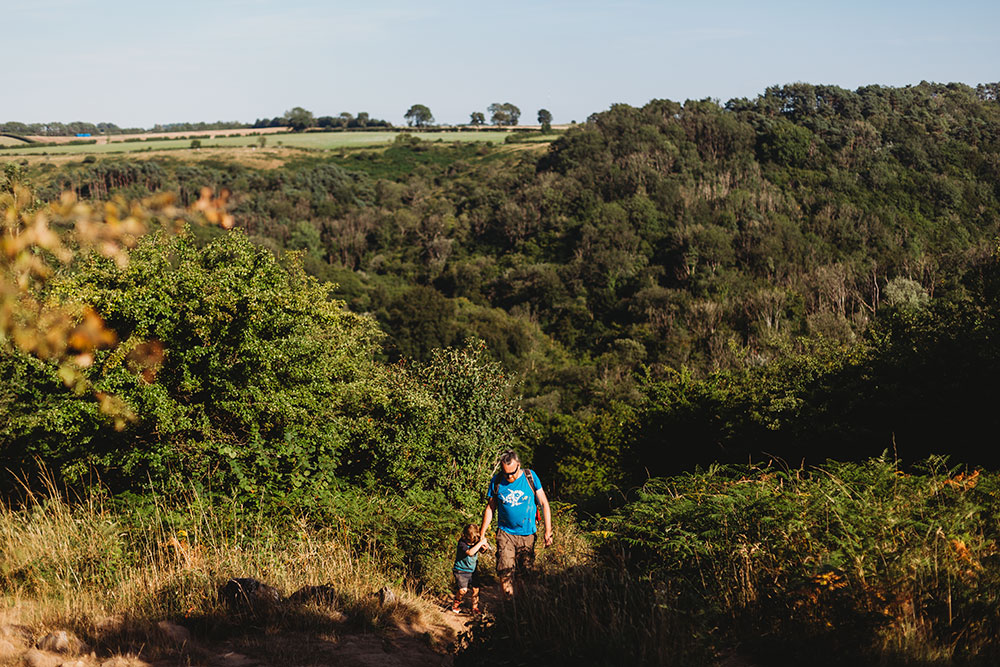 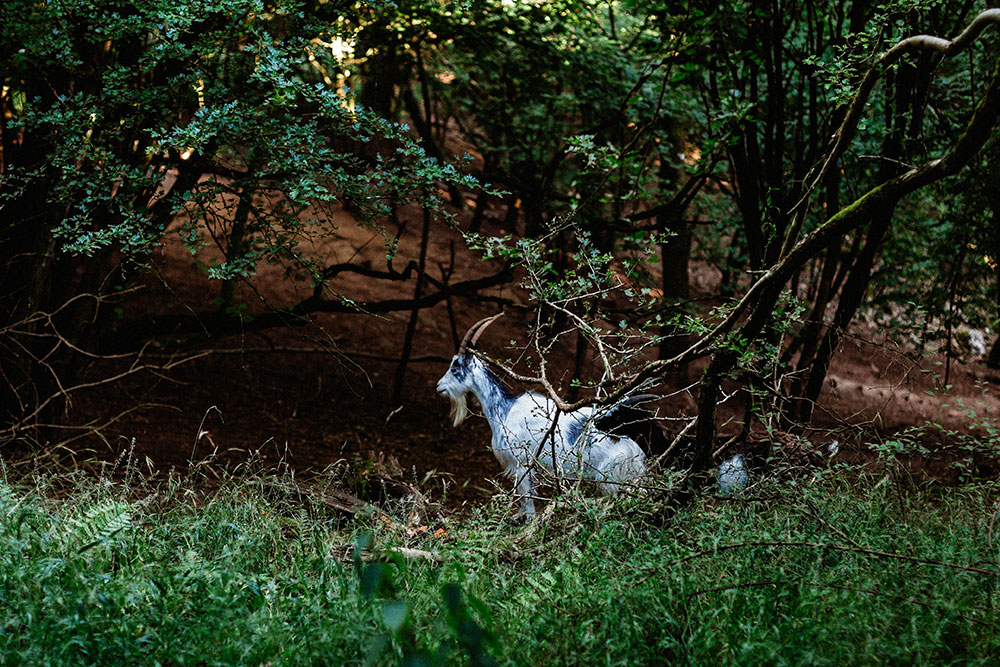