What an incredible day we had!! Today was your (Nixie) big fundraising day for Lymington Cat & Kitten Rescue and something you’ve been preparing for for weeks!

It all began when a few months back we were learning about cats and you wanted to see what a real cat shelter looked like so I contacted them to see if we could visit them and learn about what it takes to run a cat shelter and they said yes and were so amazing with you. Ever since then you haven’t stopped talking about them and the cats they take care of and wanted  to do something to help them so you decided to have your first fundraising experience and then thanks to your Brownie leader who told me about Moore Barlow solicitors on the high street who allow you to have a stall in their courtyard free of charge during market day if it’s for charity. And after a lovely chat with them we set the date for August 20th!

We got up early, around 5:00 to be ready to leave the house around 7:30. Daddy and you, Forrest, came with us to help set up our table. We had bowls full of three different types of cat pendants along with 35 chocolate frosting covered chocolate vegan cupcakes. You were being really sweet in the car and told us you really wanted to have a sausage dog just so it could eat with us at the kitchen table while we had vegan hot dogs! I just love hearing about the things you think about, you have become so chatty lately and love to tell us jokes and stories all the time! When we parked the car you were determined to be the one to carry our sign and you did so with such pride. It didn’t take us very long to set up and I just felt so proud of you, Nixie once I saw you standing behind the table with everything displayed! The dynamic with the two of you can feel quite chaotic at the moment and Forrest, you just wanted to run around and play hide and seek and were quite giddy! Daddy decided to take the car back home and left you with us so that you could have a little experience of it too as you didn’t want to go home right away. You, Nixie, had your very first customer and bless you you became so nervous and just couldn’t speak and hid under the table when he asked you to help him choose some pendants for his wife and daughter. Daddy came back maybe 20 minutes later and stayed for a little longer until you, Forrest and him went back home.

It was much calmer with just the two of us and we ended up having the most beautiful afternoon! Just after daddy and Forrest left, our friends, Isla, Steph, Wilbur & Bernard came to see us and they couldn’t have come at a more perfect time because seeing someone you knew took away all your nerves and from there on out you no longer had any issues with chatting to people. You also had to draw Isla a picture which you made sure was finished before they went home and they even brought us vegan sausage rolls from Greggs which we were so grateful for!

We met so many amazing humans who all were so proud and grateful for what you were doing. I had made a post on facebook in one of the local groups and there was such a beautiful outpouring of support! It really showed what a beautiful community we live in. So many people came to see you because of it and were so generous with their donations. Some people just came to drop off money into your money jar and didn’t even want anything, they just wanted to support the Lymington Cat & Kitten rescue. We heard countless stories from people who have adopted cats from there and about what an incredible place it is. It was an afternoon where all the cat lovers seemed to have just come together. We heard sad stories of how some women had lost their husbands and how afterwards they adopted a cat and how now their cat was their best friend, their world. It was really beautiful how openly people were sharing their stories. We even learned about a woman who passed away and decided to leave £5,000 to the rescue centre! We even met some incredible cat whisperers and how the cats changed their lives and how better they are because of them. There were little kids coming to add pennies to our jar and trying to convince their parents to buy them some cupcakes! And Nixie, you blew me away because after your initial nervousness you became a pro at talking to people and sorting out their cupcakes and pendants, it was so lovely seeing you so confident!!

There were regular periods where we reached a lull and it seemed like no one was coming to see us but even during these moments you were amazing and didn’t complain, I had kind of thought that you would get too bored and that we wouldn’t manage to be there that long but surprisingly we actually stayed until 15:00! You had your own ways of keeping yourself occupied such as doing cartwheels, dancing around, looking over the fence, looking at the silver jewellry in the stall directly in front of us and lots and lots of drawing. You created this game where I needed to guess what you were drawing before you were finished. You seemed very annoyed with me when I didn’t guess that it was a sand dial croc pokemon type (you are currently very much into pokemon)!!

After a few hours daddy and you, Forrest came back with coffee for me and a hot chocolate for you, Nixie. Straight away the dynamic changed with both of you together and everything started to feel a bit giddy again!! The two of you didn’t stay long before heading back home again but this time I guess, you, Forrest cried the whole way home because you said you hadn’t said goodbye to me even though you had and had even given me the biggest of hugs and kisses!

The rest of the afternoon was spent hearing more amazing stories about Lymington Cat & Kitten Rescue which you just loved hearing. There was one woman who had adopted 5 cats from there whom you ended up being very envious of and tried to convince me that we also needed 5 cats. Towards the end of the day when we experienced another lull you grabbed the sign and stood on the sidewalk holding it up high and you just looked so sweet with the biggest smile on your face! Your tactic worked because you ended up making a few more pounds! I just can’t believe how confident you had become by the end of the day, it just really warmed my heart! At one point I asked you how much longer you had wanted to stay and you said until all the cupcakes were gone and within 15 minutes, from the moment you said that, just before 15:00 a lovely woman came and bought the last two for her boys! Shortly after daddy and Forrest came back to help us put everything away.

Before heading home though you wanted to go buy some local honey from strides farm and go visit the crystal stand, your absolute favourite stall at the market where you and Forrest got yourselves some bracelets. Once home it was time to count all the money we had received in the money jar. Your goal was to raise £100 and we were so happy to discover that we raised £171.56!! You couldn’t believe it! A short while later I had a message from a woman on facebook who wanted to add £10 to your money jar making our total £181.56! You were so incredibly pleased and kept saying how you cannot wait to go hand it in on Monday morning and surprise them!

After the excitement of the day died down a little (we were both so happy after having such an incredible day!) We decided to order chinese as a special treat and to top it off we had received some happy post while we were at the market; a new book, The Great Cafe Rescue (Poppy’s Place) which is the third book in the series and the book we got to read at bedtime.

Update: By the end of Sunday we had some more donations come in bringing our total to £210!!! 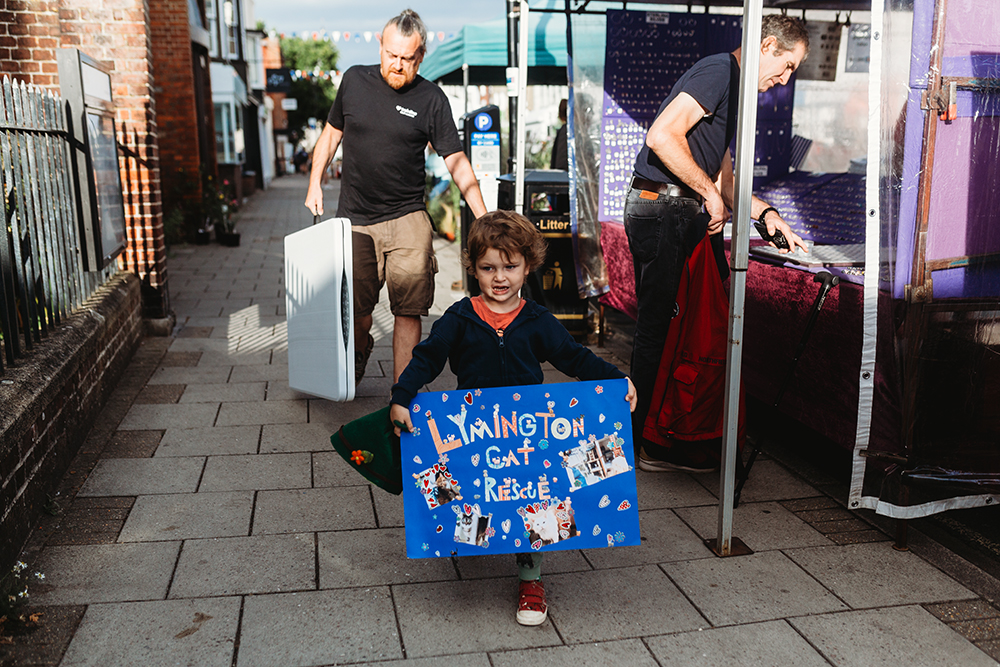 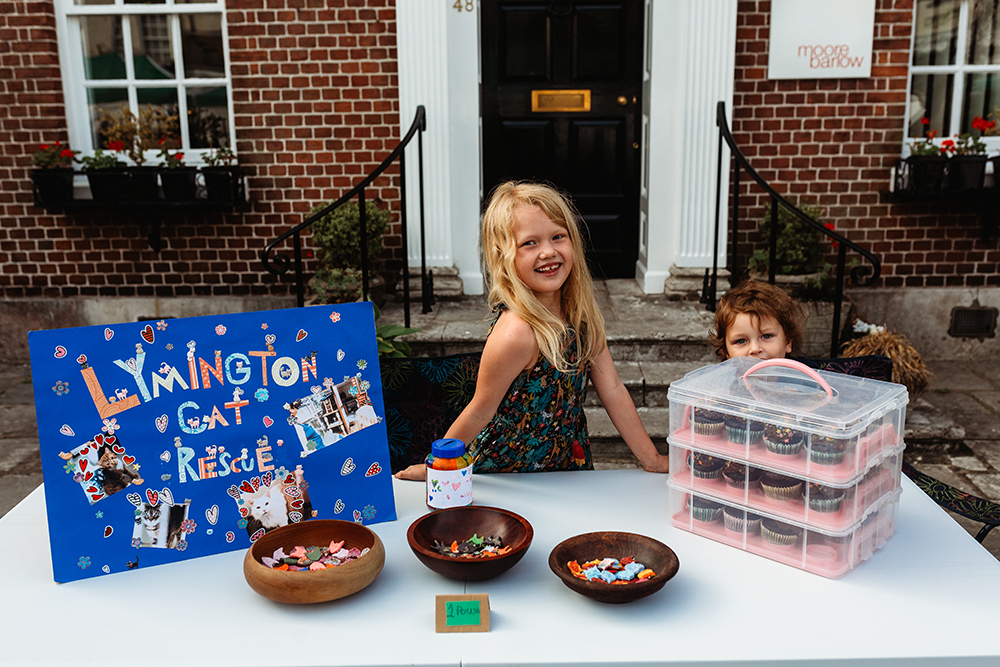 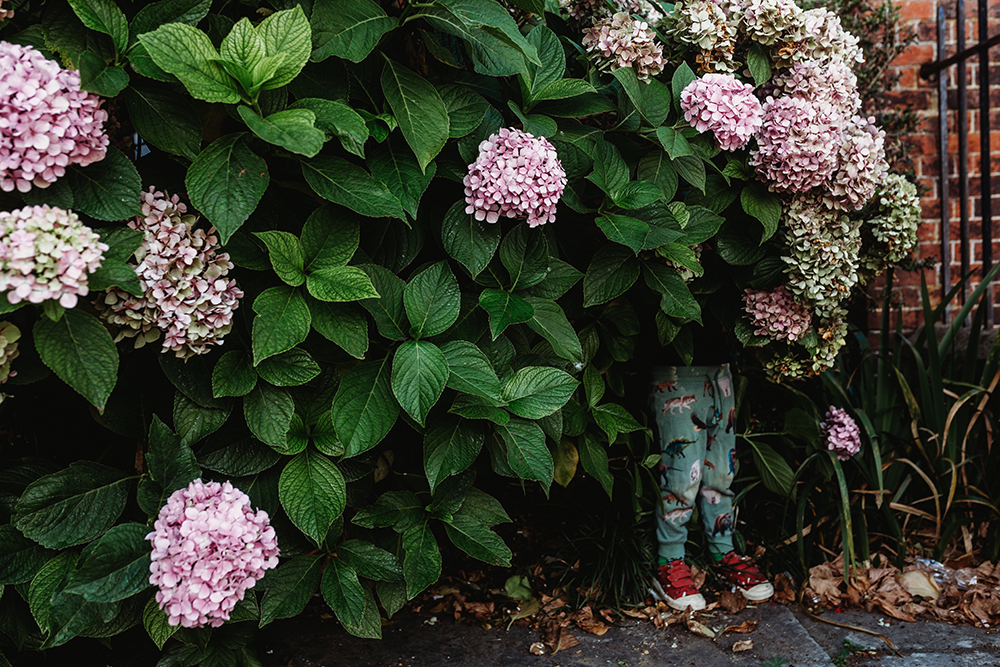 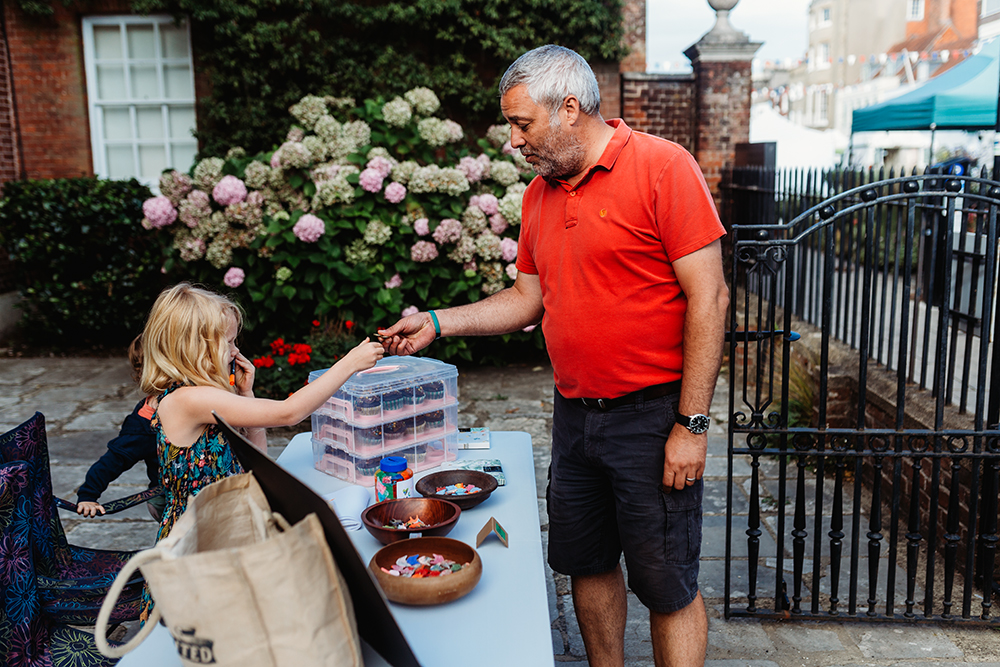 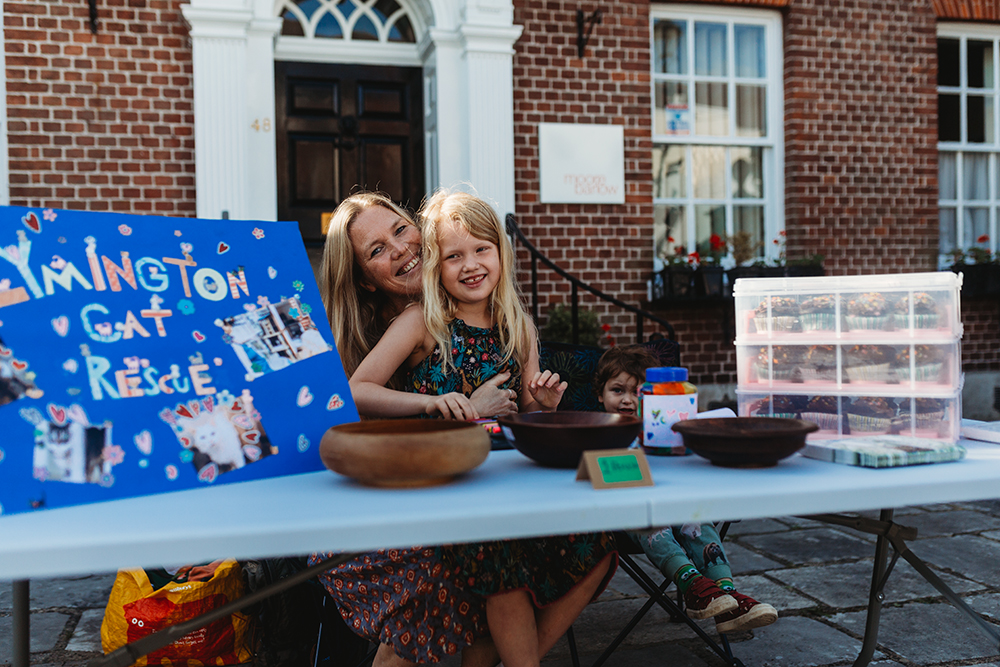 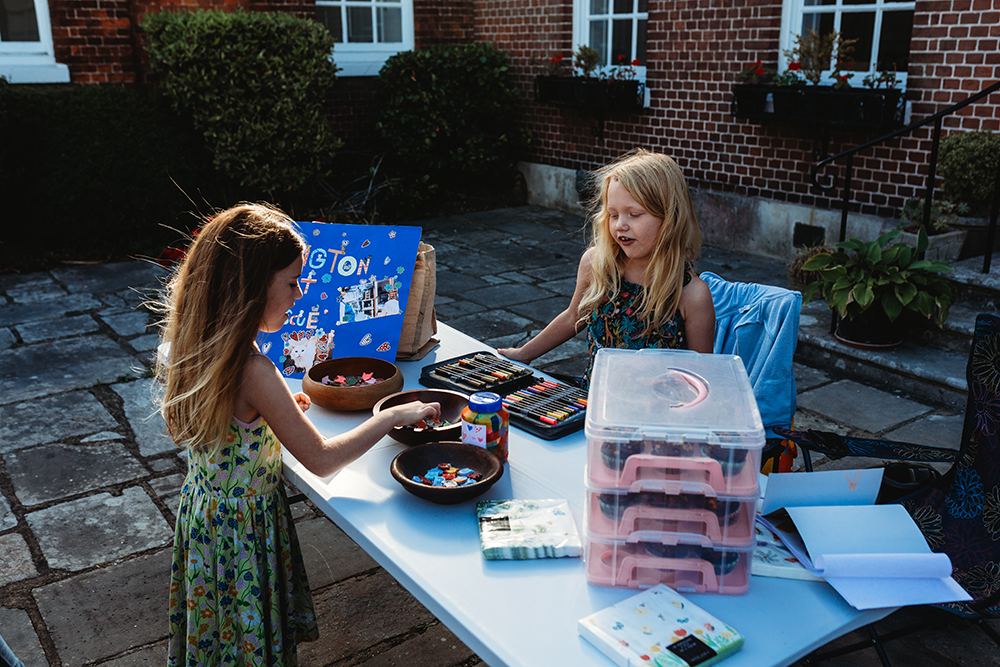 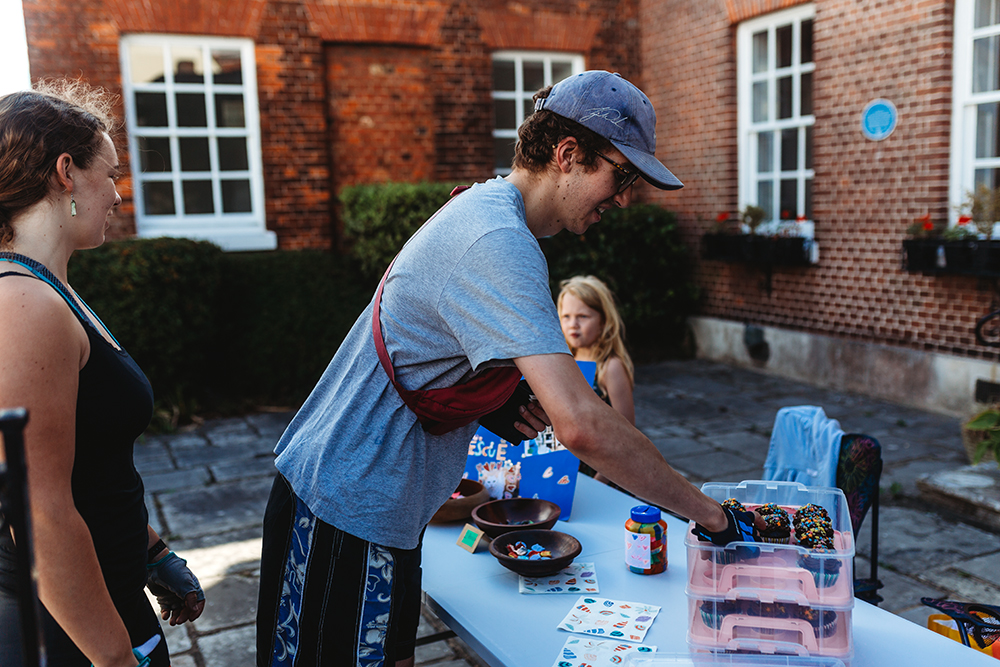 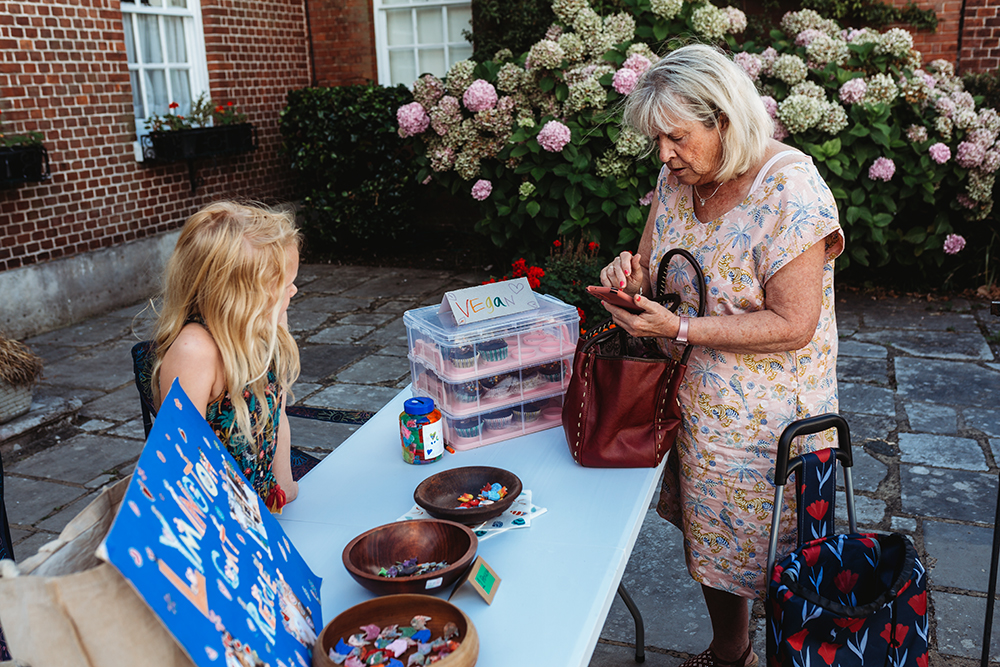 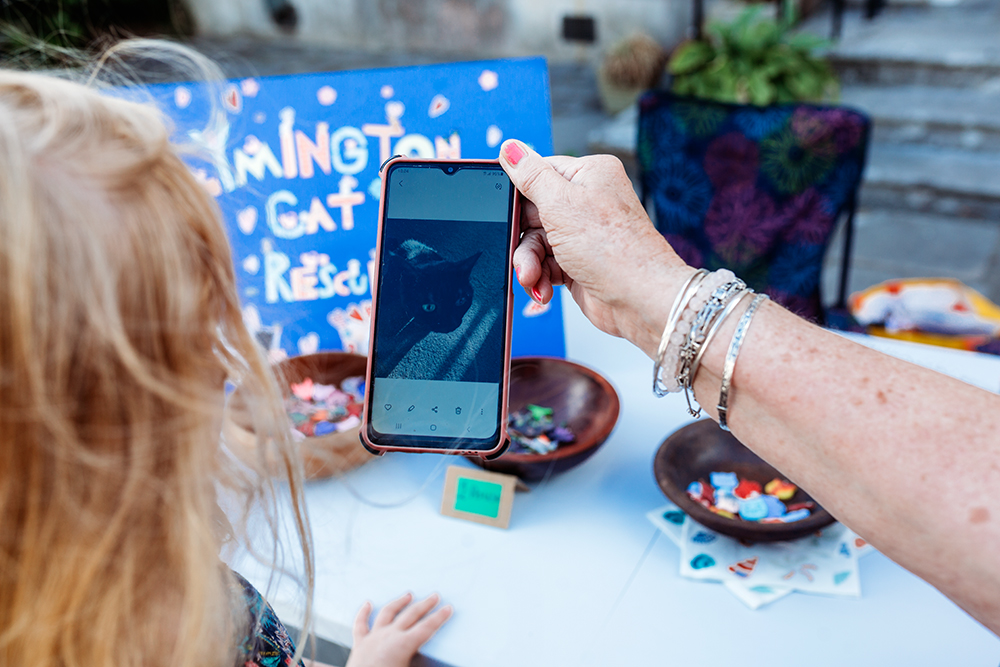 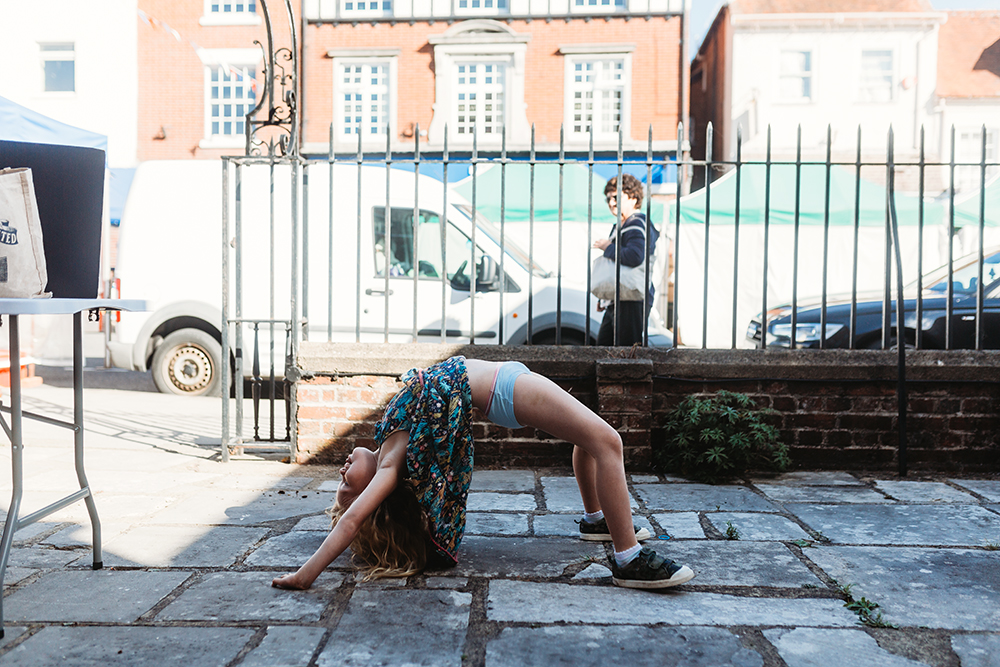 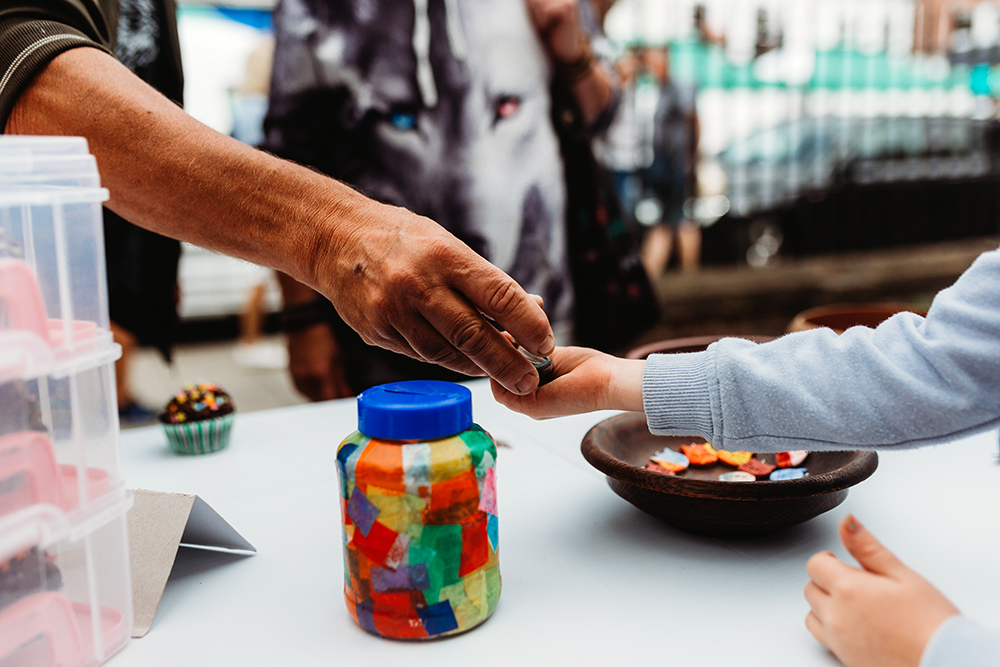 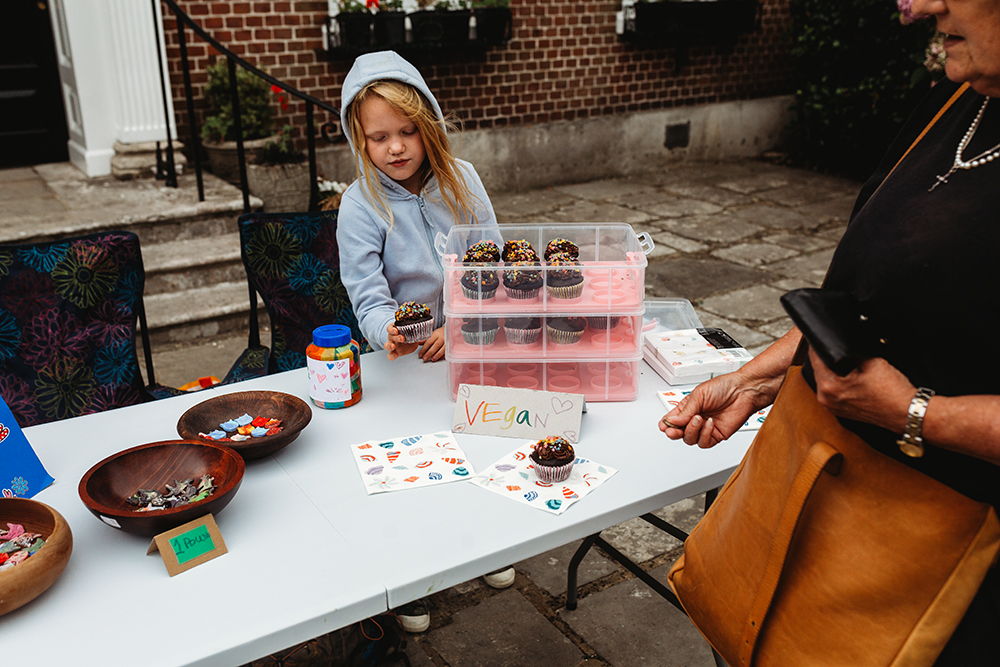 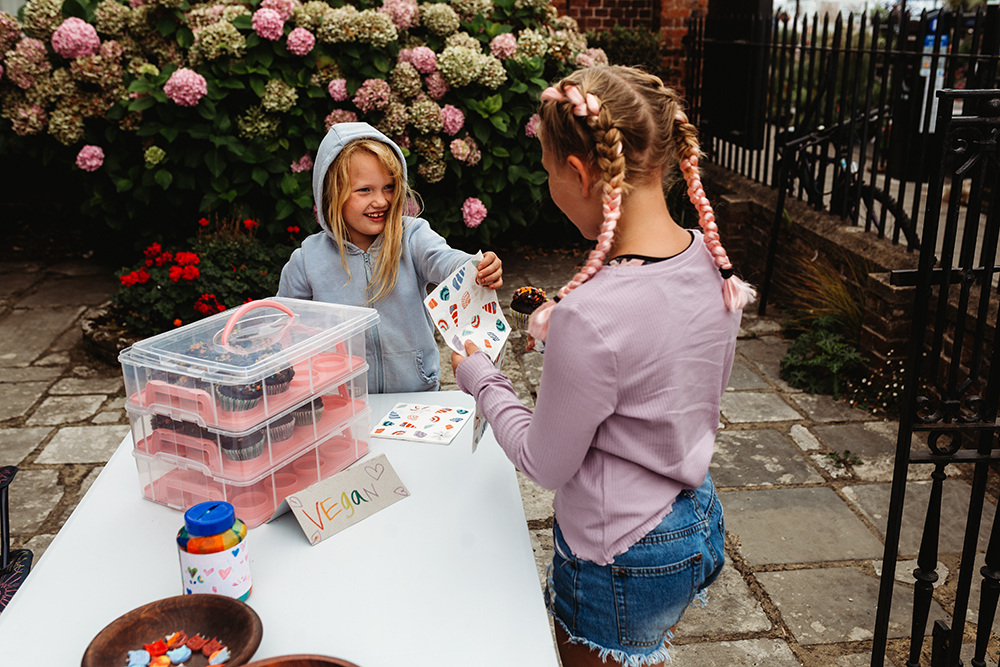 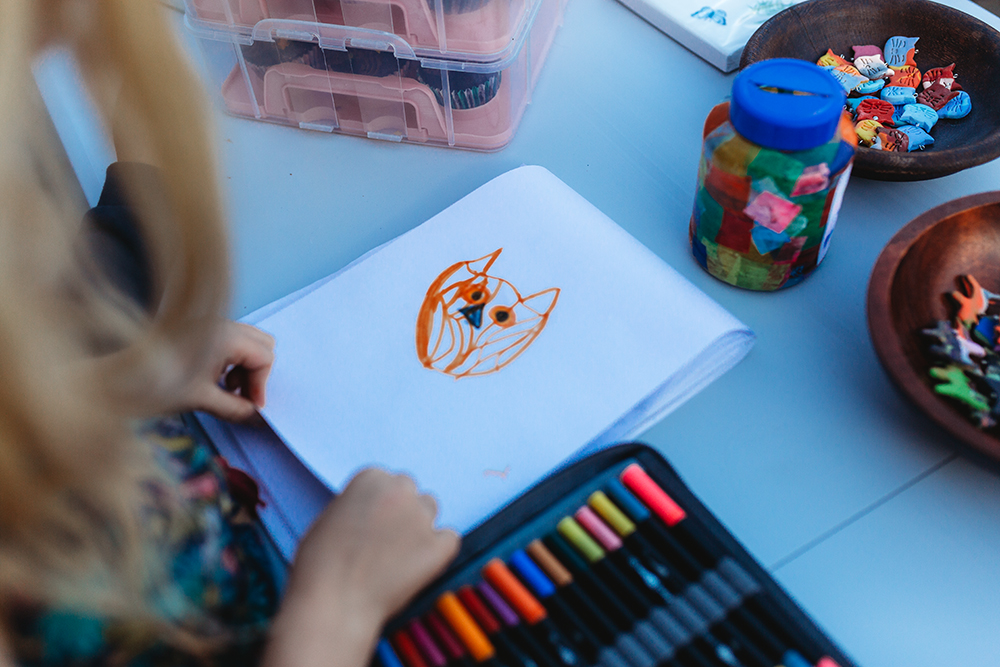 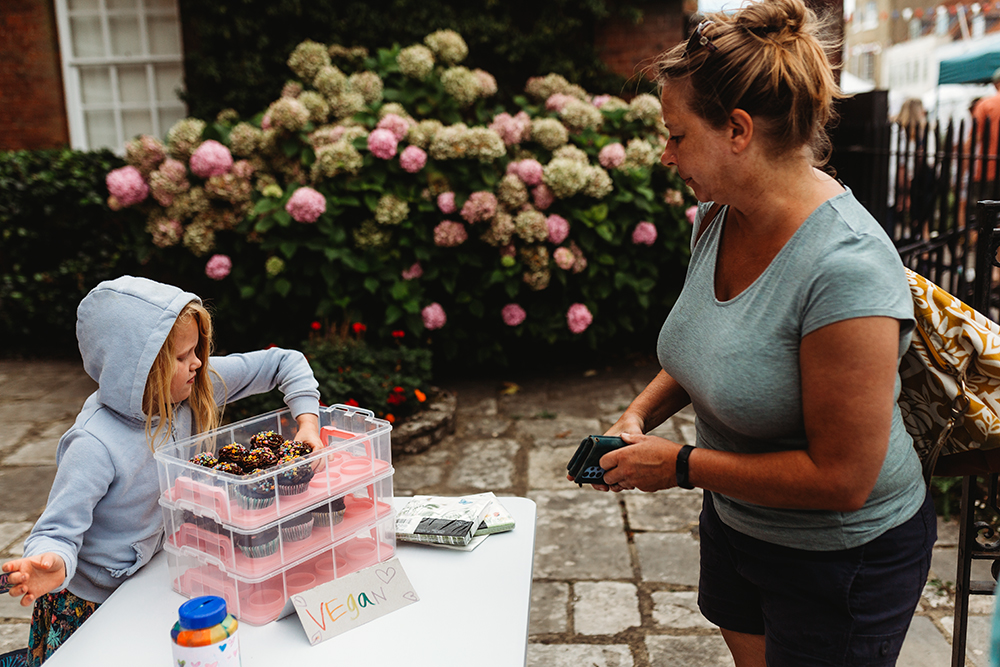 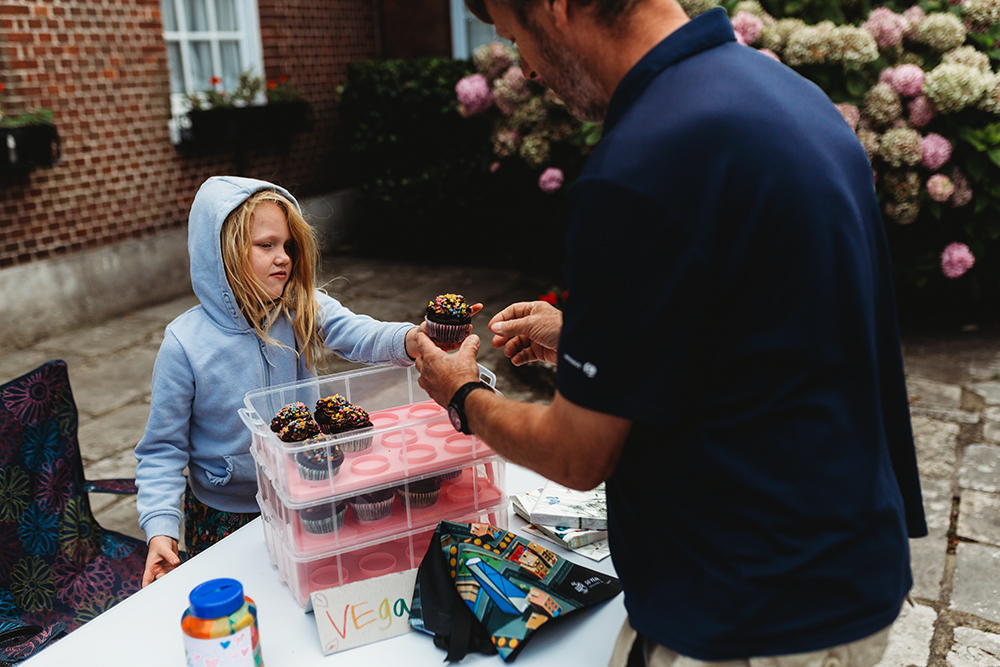 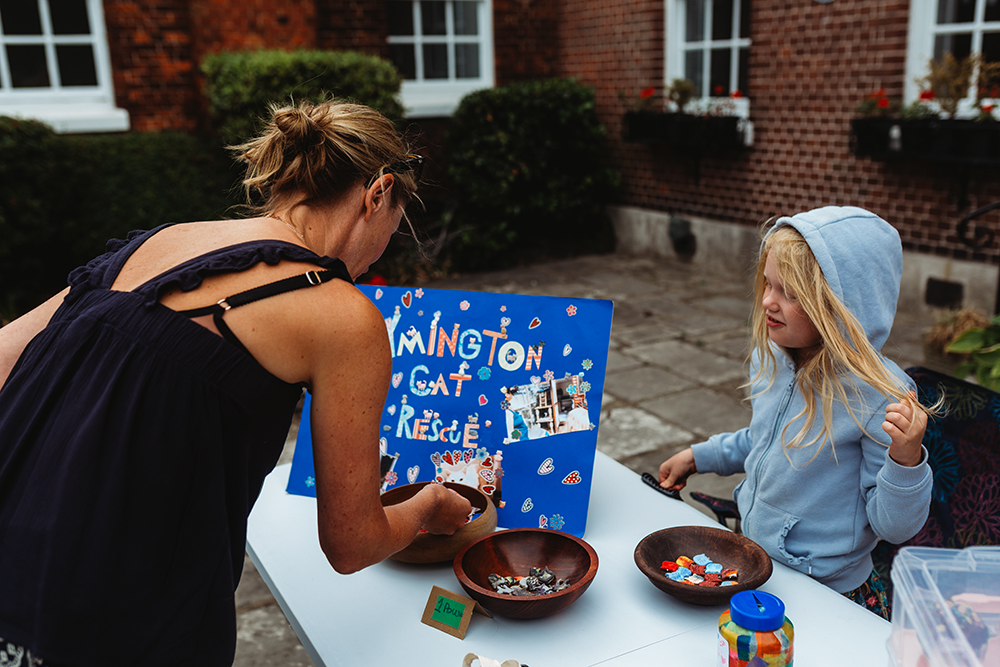 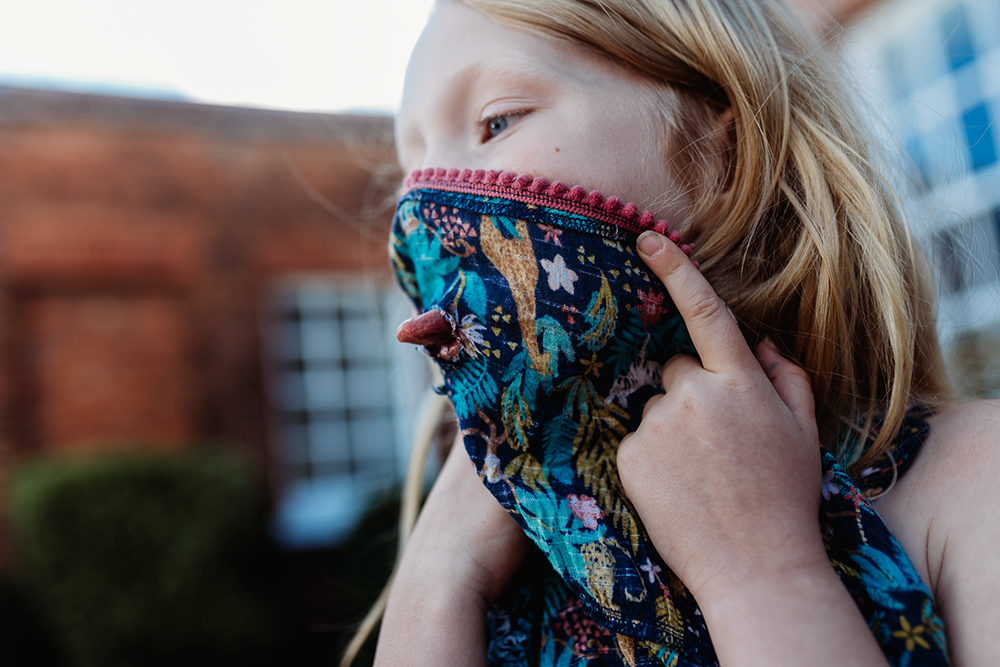 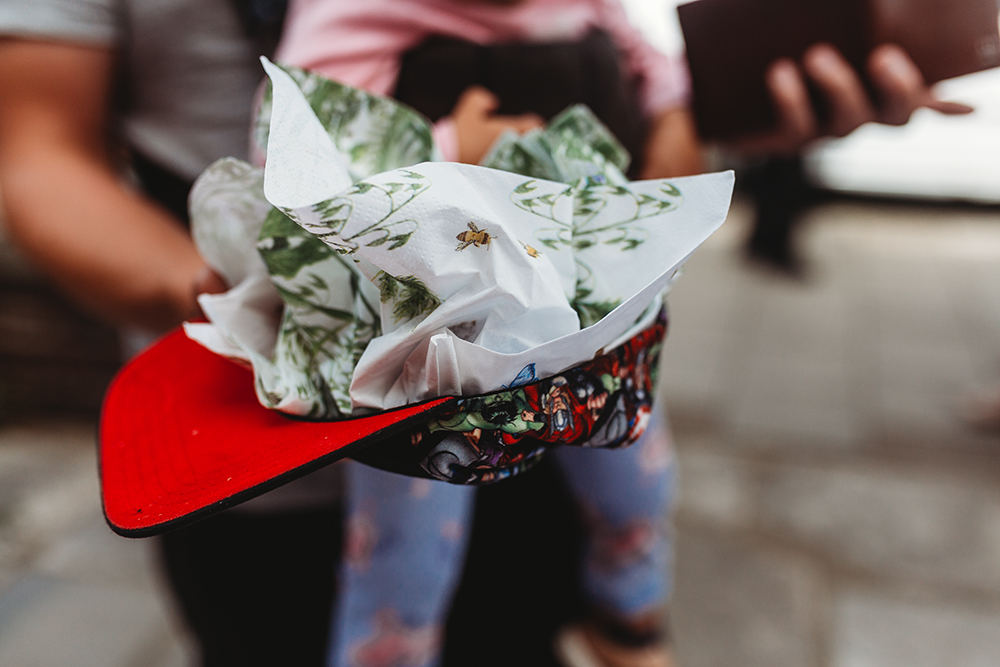 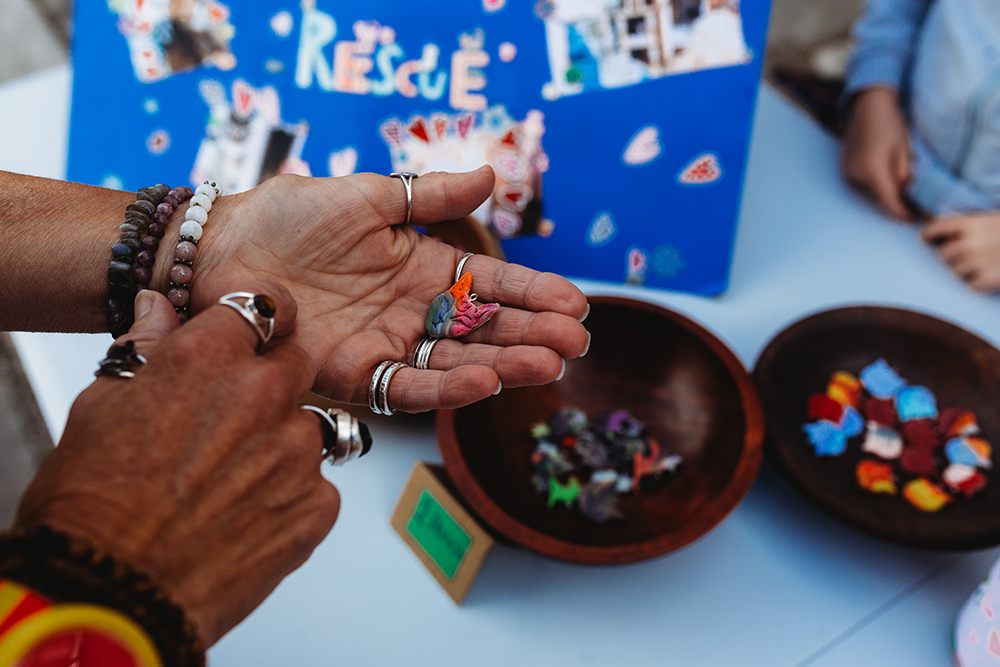 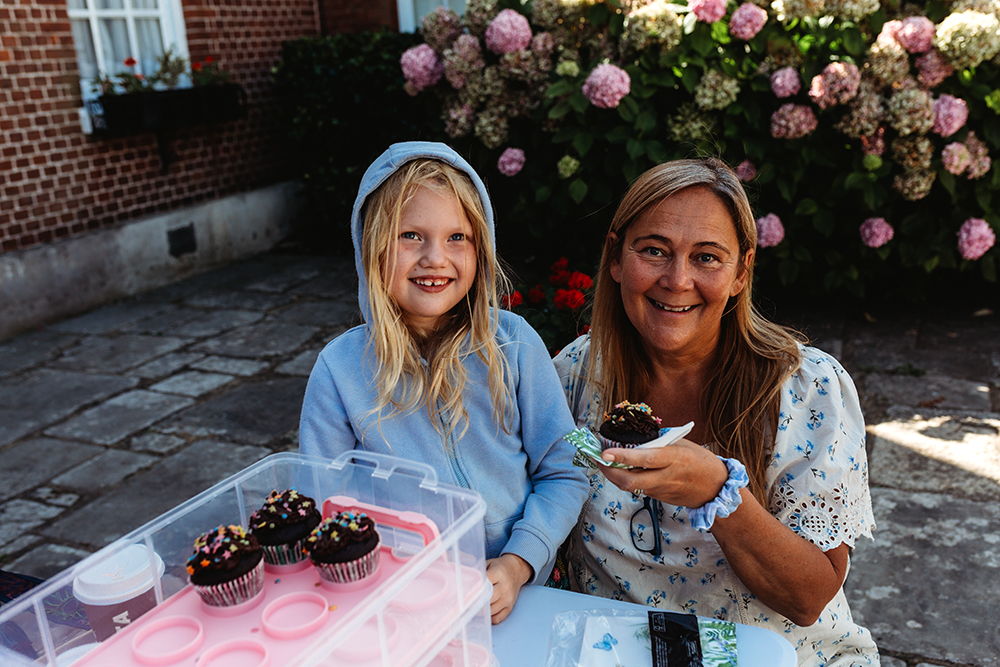 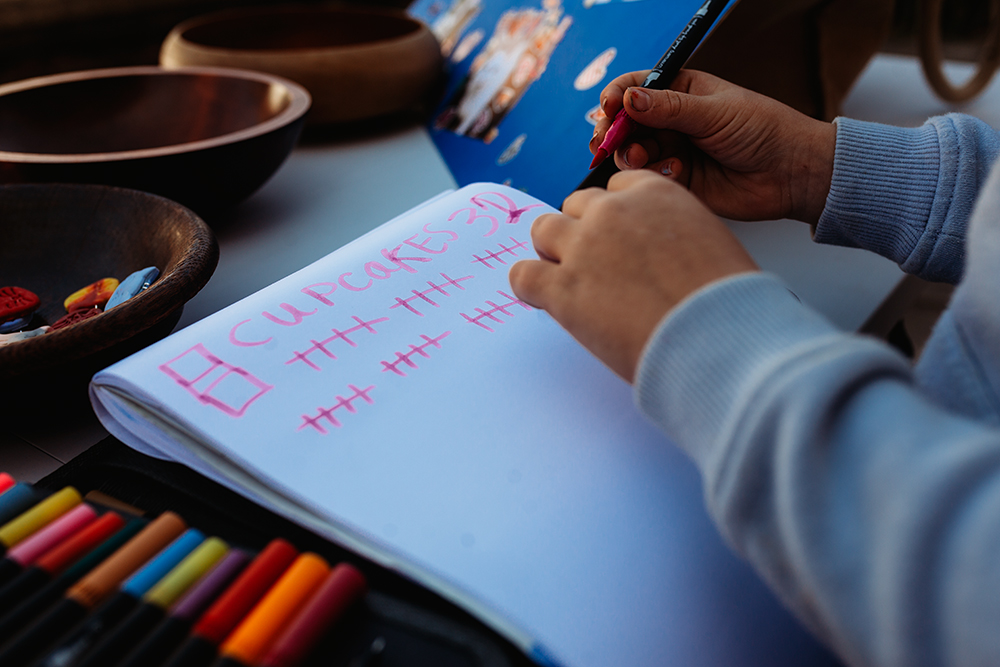 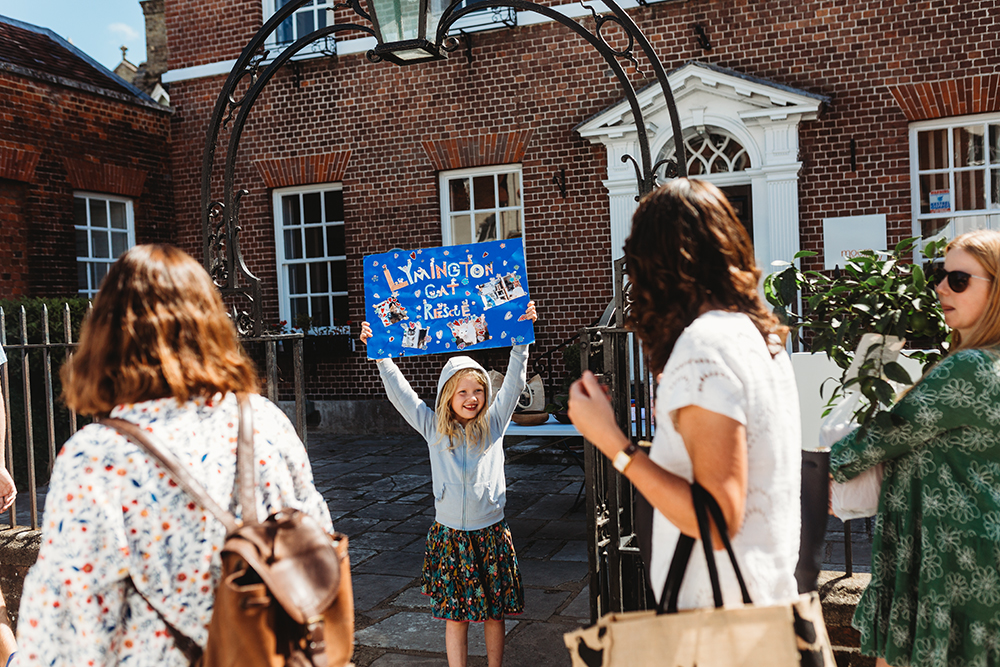 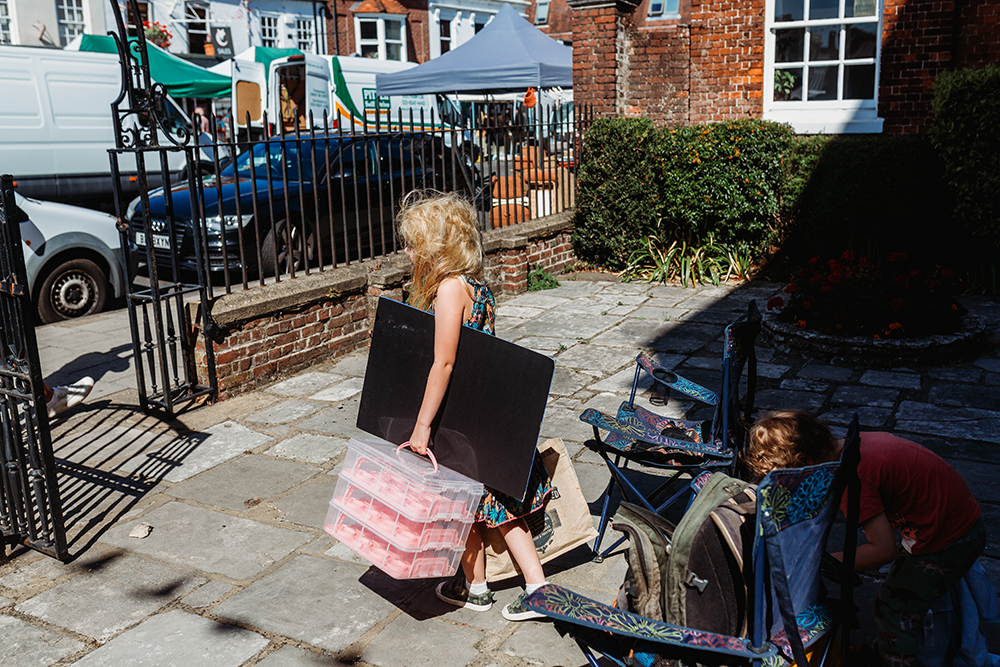 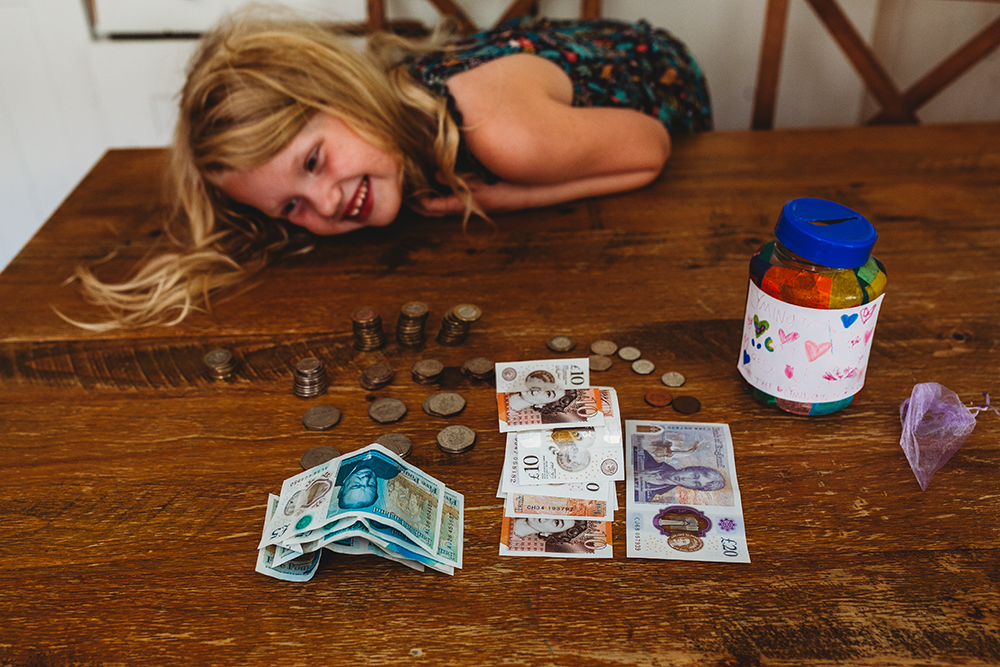