Today was an incredibly exhausting day but also a really good one. After two nights camping in Pembroke, south wales  & 4 nights camping in Betws y coed, north wales and two nights at our beautiful friend Danni’s house in Rhos on Sea today was the day our welsh adventures come to an end and we begin the long journey home.

We all had an early start to our day and the two of you spent the morning playing with Lowell and all of his toys. Forrest you especially loved all of his cars and loved watching him play with his letters which he is really into at the moment. Nixie you are absolutely in love with Danni and it just makes me so happy to see the two of you together, I love how affectionate you are with her, she has truly become an auntie figure to you. You were so happy when she offered to plait your hair! Goodbyes are always tough but you handled it really well and Forrest you were loving waving and saying bye over and over and over again through the car window.

We actually managed to stick to our schedule of leaving at 9:00 so that we could make our way to Chester Zoo. Before heading home we thought it would be a great end to our holiday to spend our day there as we had never been and who knows when we’d get another chance. We arrived shortly after they opened and I did think it was going to be busy since its saturday but I wasn’t quite so prepared for how busy it actually was! It was crazy busy and the most busy place we’ve been to since the whole pandemic started but even so we had a really great time. Before even entering the park we were able to see the elephants which made the two of you so happy. Forrest, you even began making your wonderful elephant sounds completely unprompted.

I always have mixed feelings about going to zoos, I don't really like them and I always feel sad seeing all the beautiful animals in cages and confined to such small spaces but on the other hand it's such a great learning opportunity and it is really special to be able to see so many different animals. Of all the zoos we've been too which if I'm honest hasn't been many but I thought this one has the best inclosures for the animals and it all looked really beautiful. We went into the monkey house where you were both in awe of the Mandrill, wow, what a beautiful being! He really caught all of our attention. By this point you, Forrest were already tired (all week you've been needing more naps) and wanted some boob so we found a bench to sit on which happened to be right next to a beautiful rhino! After a bit of a relax and some snacks we continued on and ended up in the butterfly house.

The butterfly house was amazing, I even had one land on my head which caused you Forrest to point at me and say "on head!" super excitedly. There were the most beautiful butterflies all around us, it felt super magical although would have been more so if it hadn't been so crowded. We even got to see two butterflies mating which you, Nixie thought was so cool.

From there we continued on and we walked past a face painting stall and you really wanted to have it done so the two of us queued up while daddy and Forrest went to see if they could see any lions. You chose to have a butterfly painted and it looked so perfect on you, when the lady did the big reveal (which is always my favourite) your little face just lit up with the biggest smile. We made our way to the boys who were still by the lions and Forrest was busy making roaring sounds although we didn't get to see them other than just some of their legs in the distance.

From there we headed into the rainforest area and once again you, Forest loved doing your biggest roar to a sleeping jaguar, I think you were trying to wake her up. The inclosures we explored which had snakes made you so happy, you were just hypnotized by them and it took a lot to get you to move on. I love your love for snakes! While you were mesmerized with all the reptiles the rest of us got a glimpse of an orangutan with her baby, you could just barely see her if you looked straight down through the window and all I could see were her hands cradling her baby, it was such an incredibly beautiful glimpse. We also got to see a gibbon who had sprawled out completely in the sun and you, Nixie thought this was the absolute funniest thing.

As we continued to explore the park we entered the lemur walk through and here we all had to wear masks including you, Forrest. This was probably our favourite part of the day because we ended up having the most incredible encounter where a group of lemurs all came so close to us and walked right next to us. Both of your faces were filled with awe and Nixie you kept making sure Forrest didn't try to touch them. Afterwards we wanted to see the fruit bats but unfortunately their enclosure was closed so instead we had a little ice cream break, the two of you just love love love ice cream and if you could I think you would eat it for breakfast lunch and dinner.

Afterwards we made our way over to the bears and red panda and eventually we made it over to the sumatran Orangutan. I don't know what happened but as soon as I saw her majestic beauty I just burst into tears! It really took me by surprise and I really struggled holding it in. I just felt such a love for her and felt heartbroken that they are so critically endangered in the wild. If I could have I would have stayed watching her all day. She really made an impact on me and I think it's a sign that I need to get involved in some way to help their survival in the wild. Never have I had a reaction like that before.

I didn't want to leave her but you guys wanted to continue so we did. We made our way to a little boat ride which you two both thought was amazing. Nixie, you sat next to daddy and Forrest you sat next to me which you were not happy about. You have recently started this thing where if you are afraid even just a little daddy is the only one who can keep you safe so the two of you had to hold hands the whole time. When it was time to get off the boat you were not happy about it at all and had the biggest upset ever. You just wanted to stay on the boat.

It was nearing the end of the day when the park was close to closing so we slowly started to make our way to the exit. We saw more animals on the way and Nixie you especially loved the rhino. Just before leaving there was a pin ball type game that we had a bit of a hard time getting you both away from before finally making our way back to the car.

Forrest I was incredibly surprised that you didn't fall asleep within 5 minutes of driving but you were wide awake (even though you hadn't had a nap) and were in the happiest of moods, you both were! We drove a couple of hours before stopping at a service station for bathroom breaks and something to eat. I'm amazed that burger king now has vegan options!

But things got a bit stressful and anxiety inducing when we went to fill up on fuel. The fuel valve cap wouldn't open, it was locked, daddy tried everything he could to no avail so we had to just take a chance that we'd make it home on the fuel we had. It said we had 127 miles to go until we were home and that we had enough fuel for 131 miles so it was cutting it super close!

Forrest you fell asleep around 21:30 and a while later you, Nixie, did too. Despite the anxiety the journey was incredibly peaceful until we were about 20 minutes from home when you, Forrest woke up and just screamed and cried and there was nothing I could do to help settle you and this caused you, Nixie to wake up too and you were so tired and exhausted and you also broke down in tears and big upsets. The upsets didn't end until we were literally 30 seconds from home. We were just so happy that we made it home without running out of fuel.

We didn't bother unpacking the car, it was late around 23:30 so we just got the two of you to bed and then for some ridiculous reason me and daddy stayed up until 2:30 in the morning! I just couldn't sleep and felt super buzzy and excited to be back home. 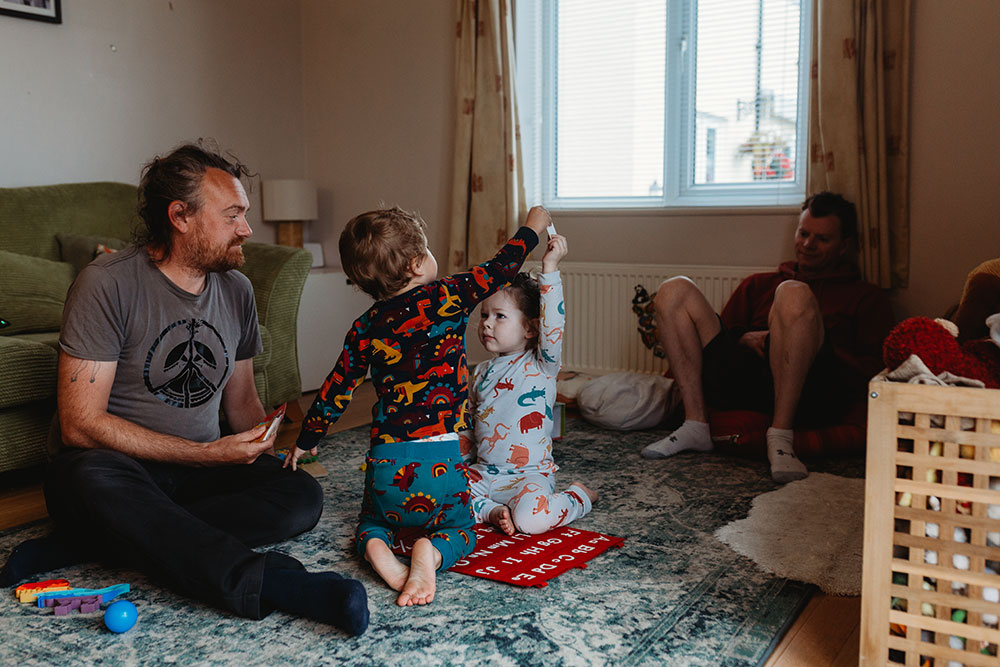 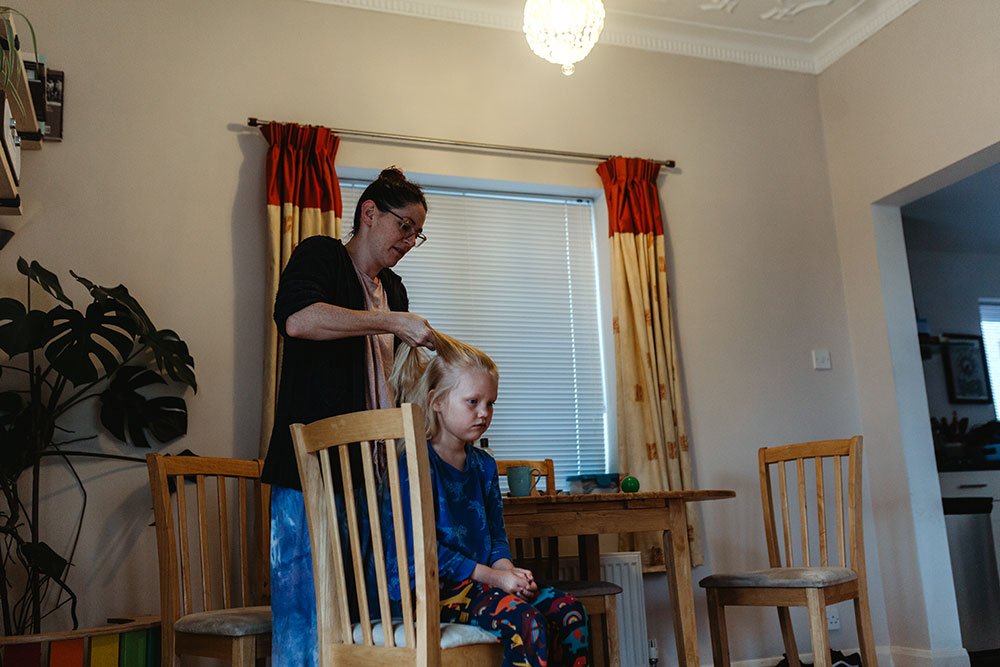 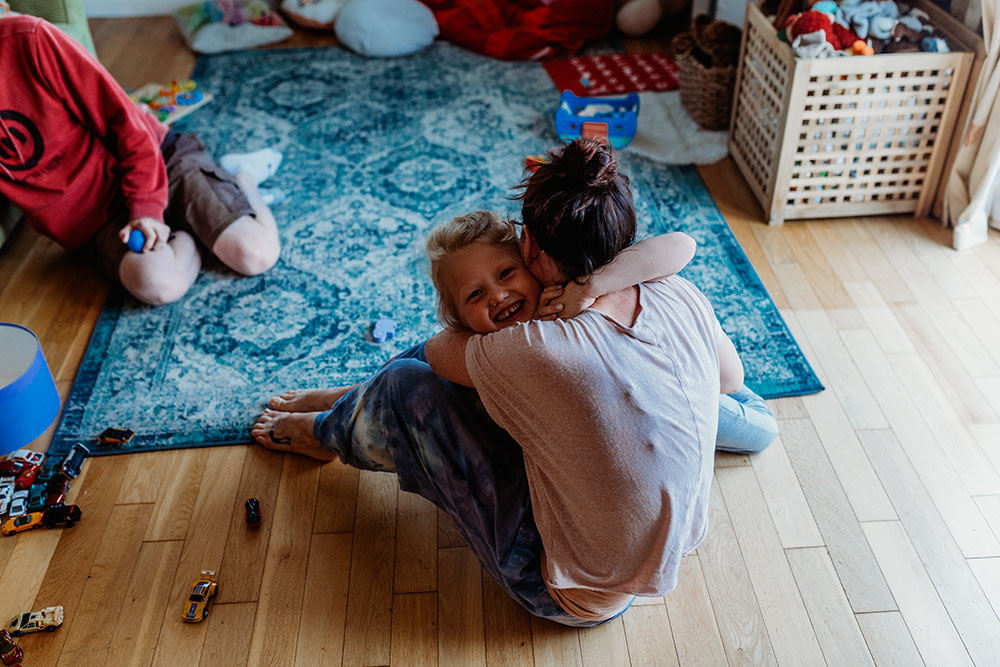 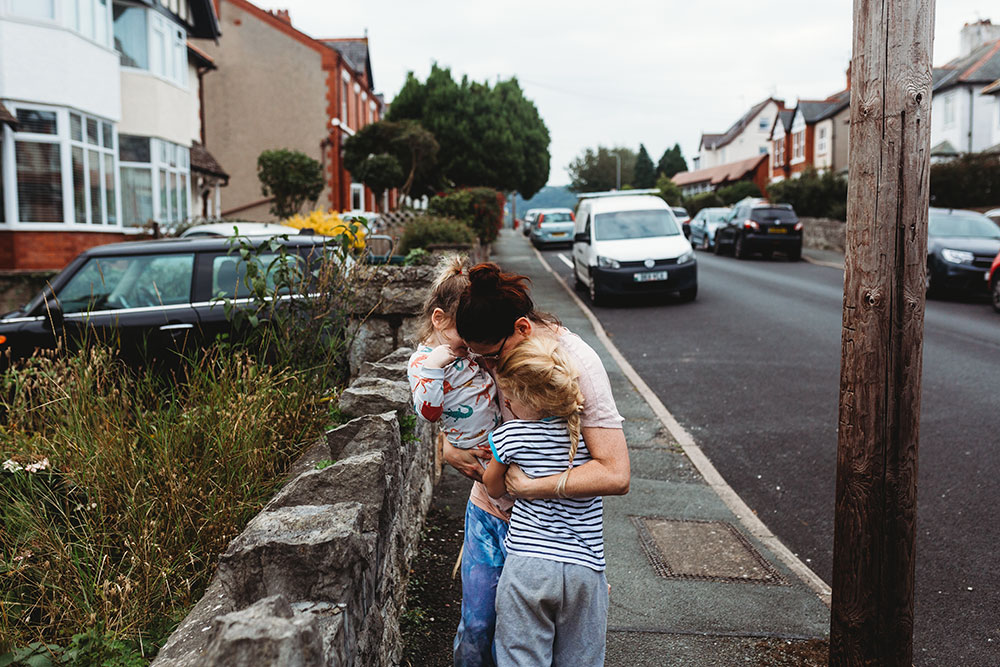 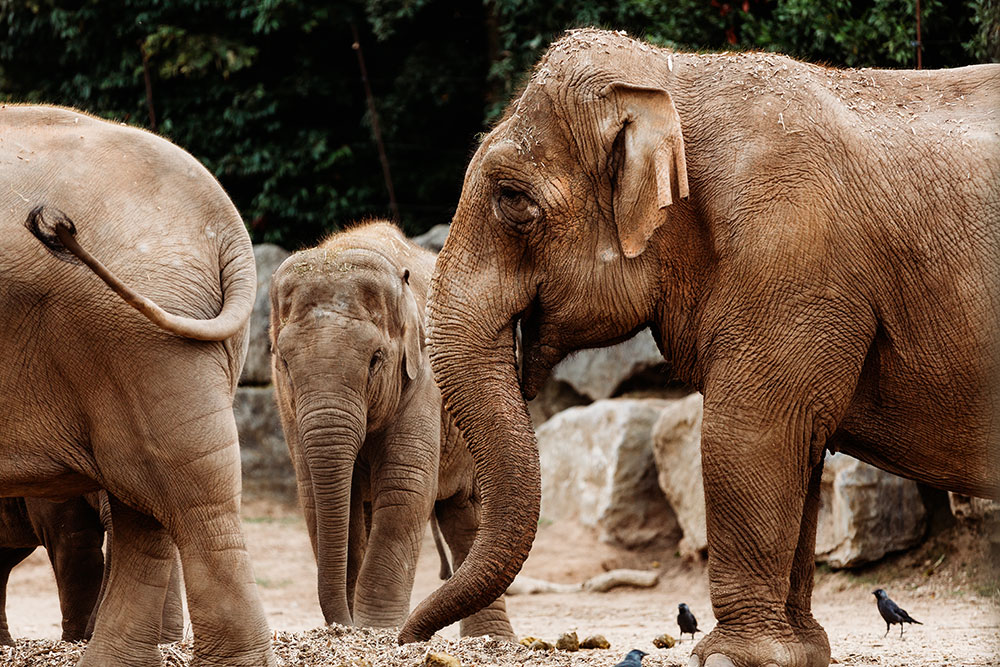 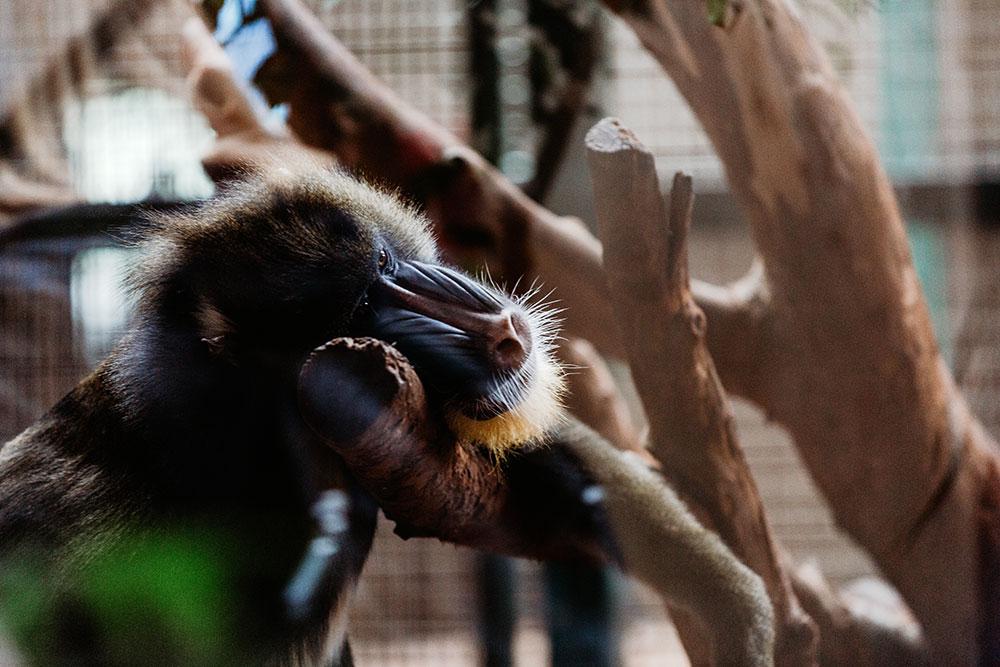 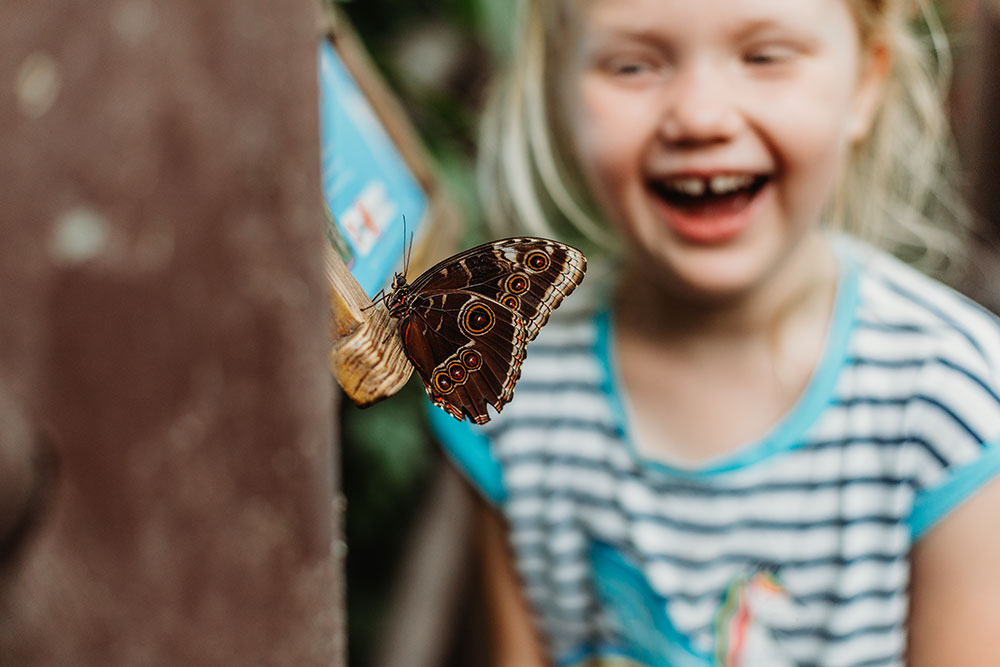 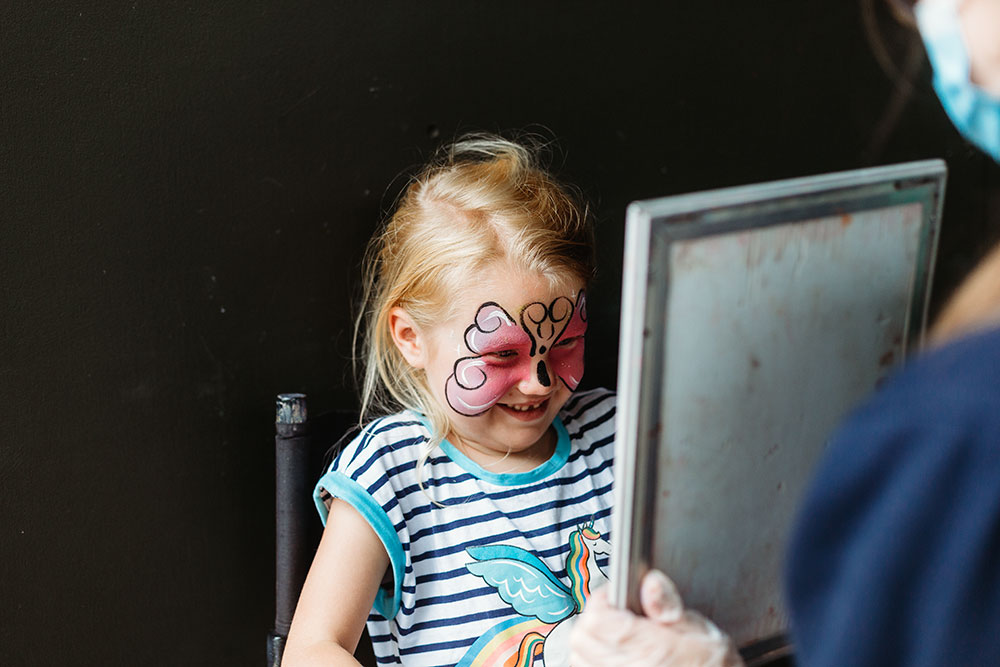 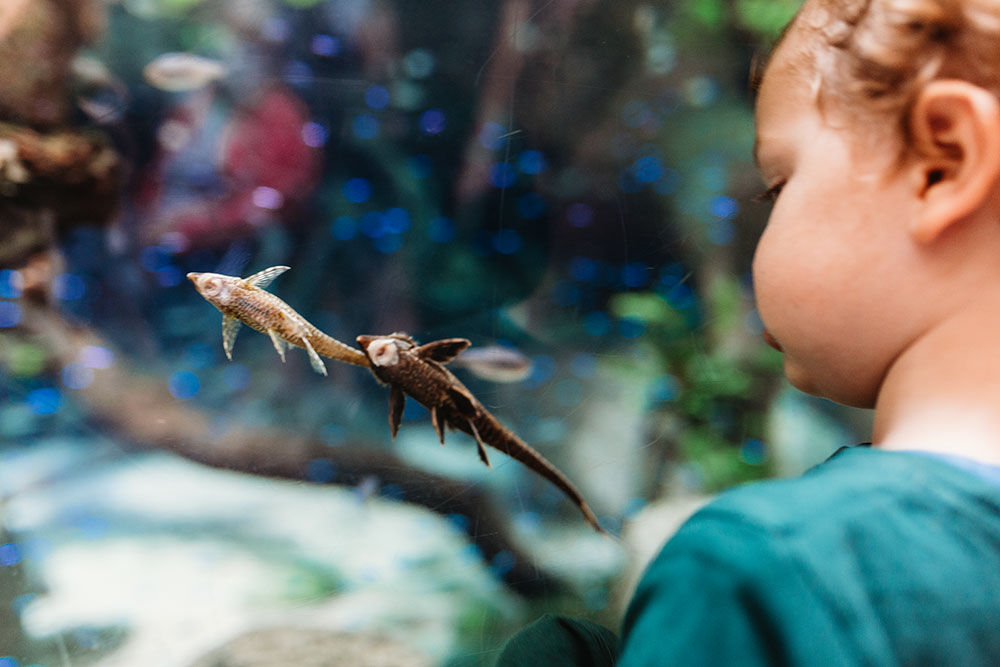 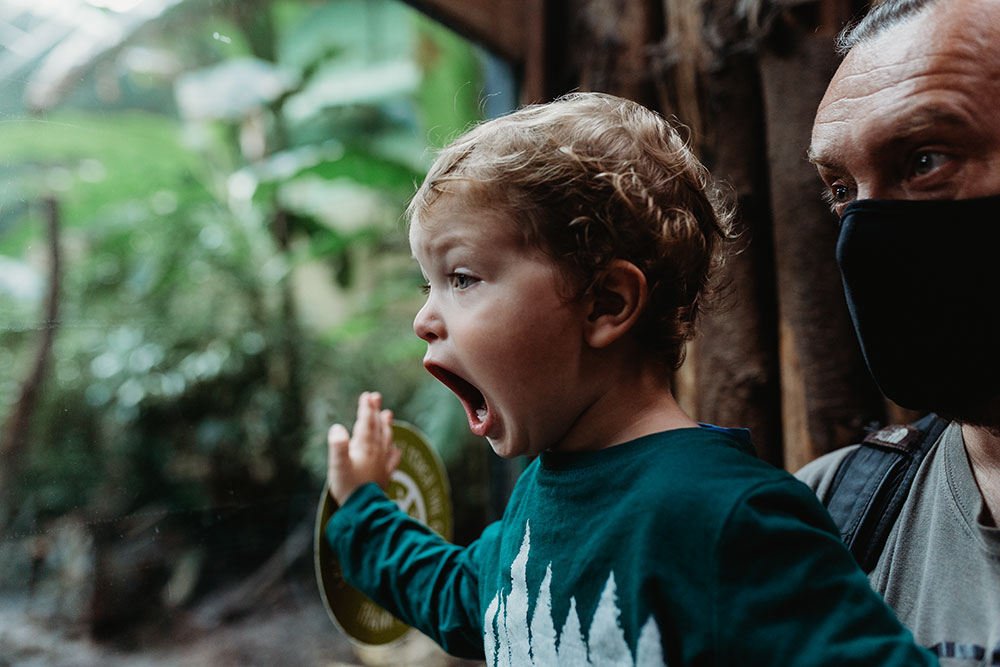 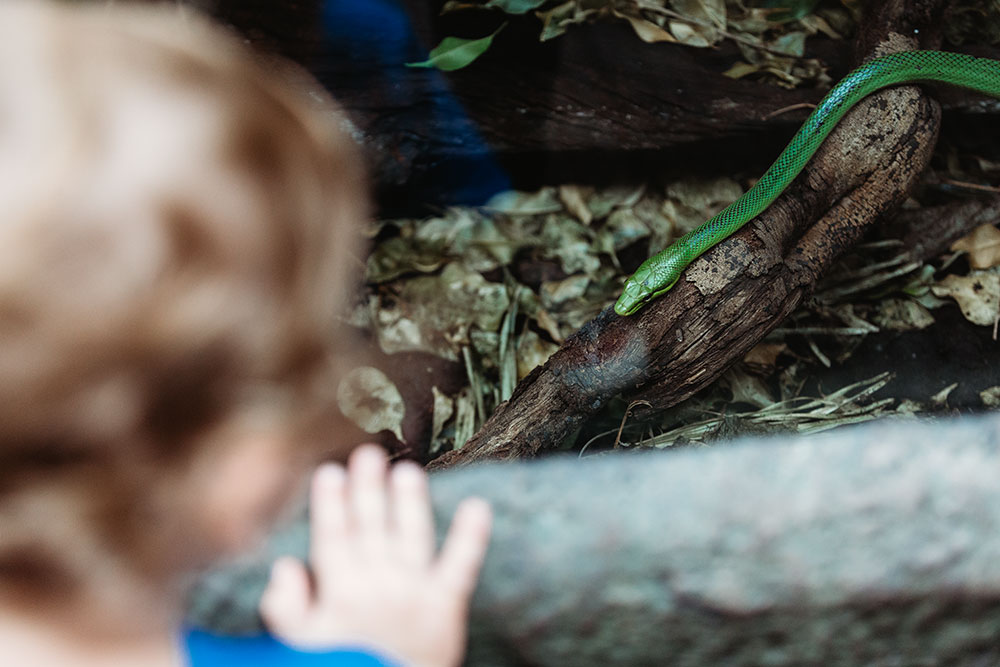 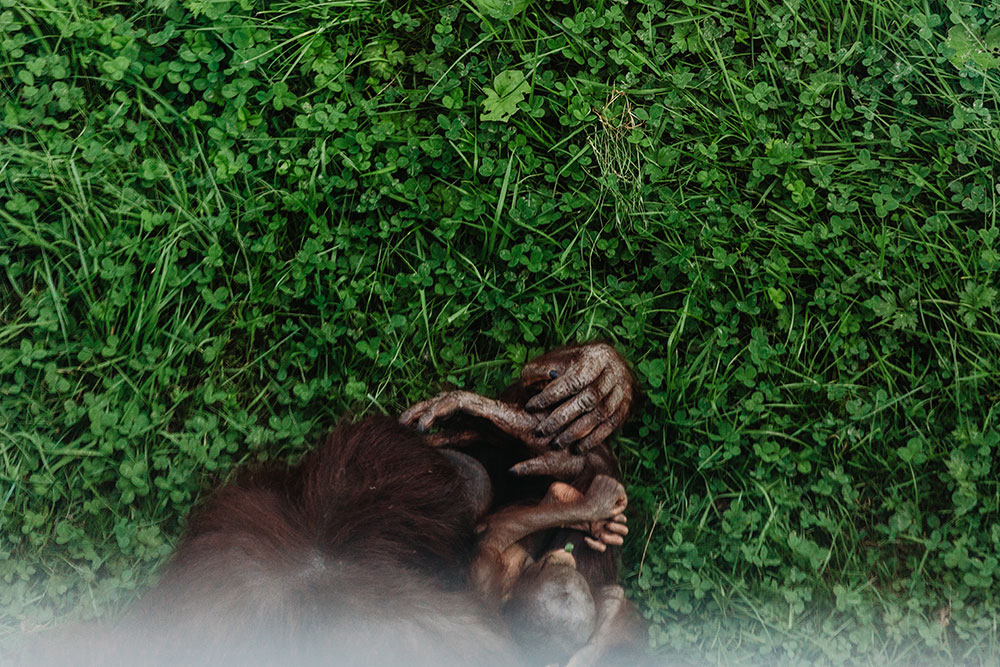 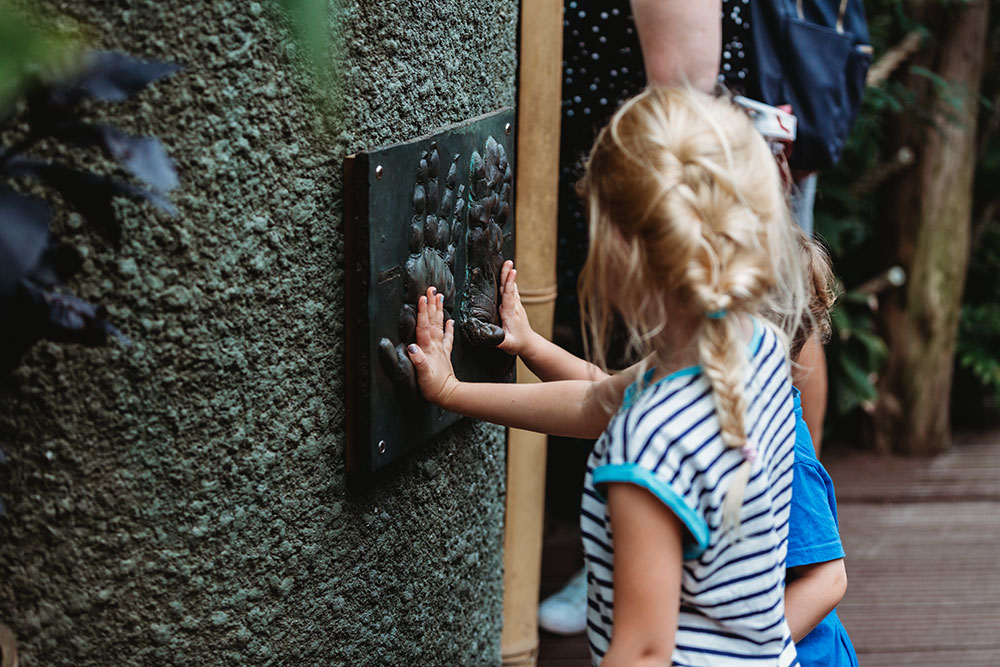 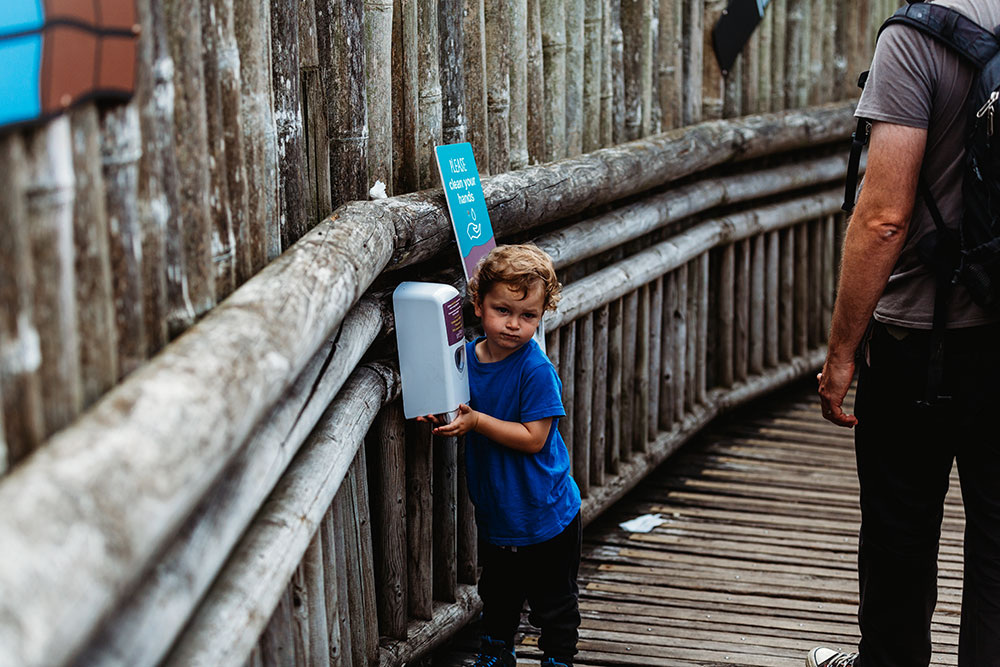 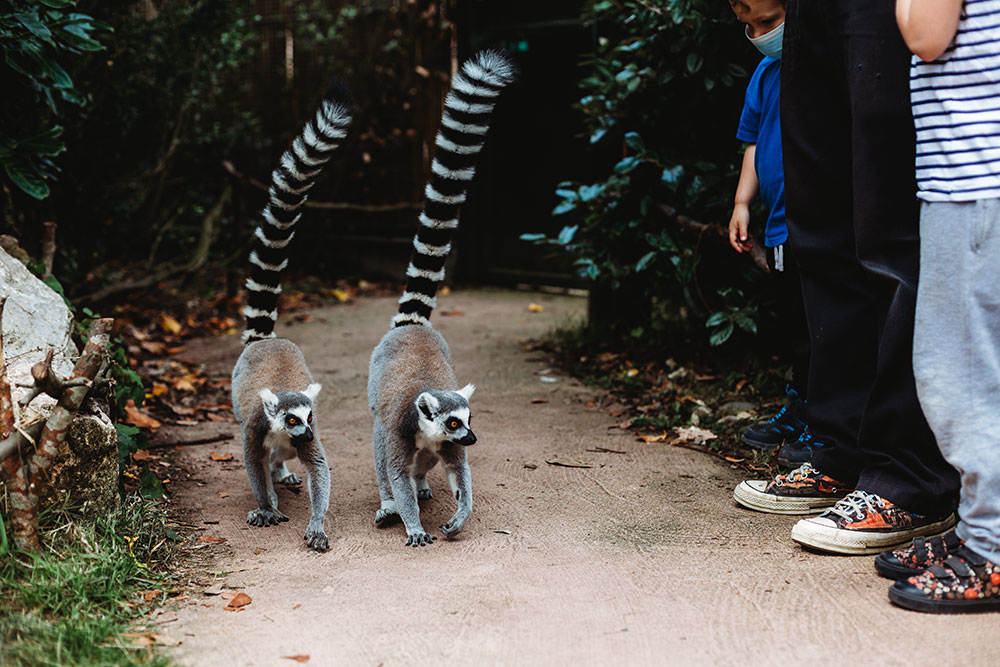 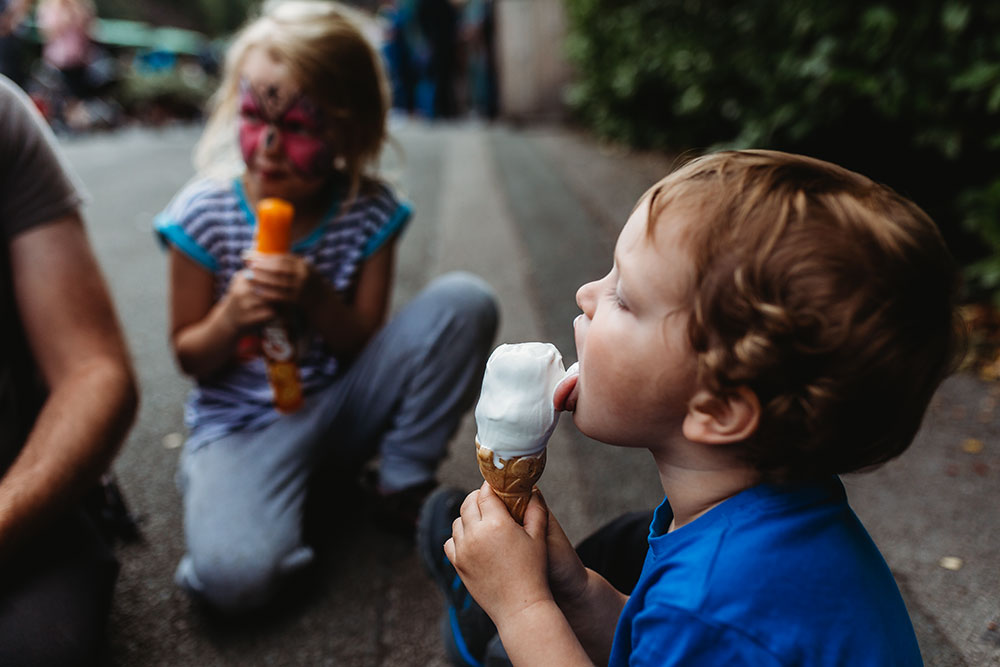 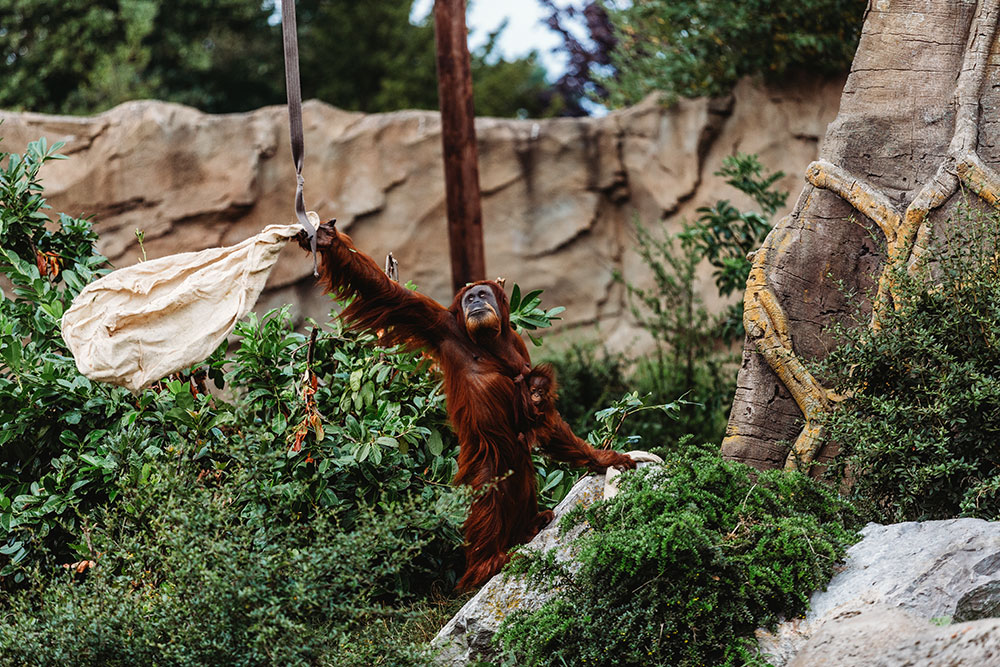 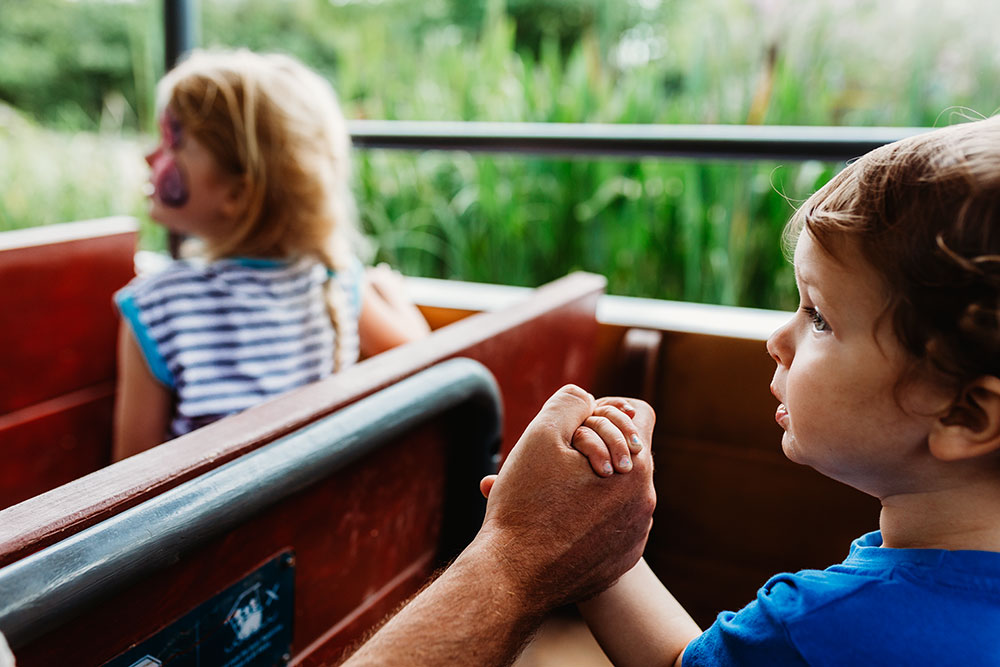 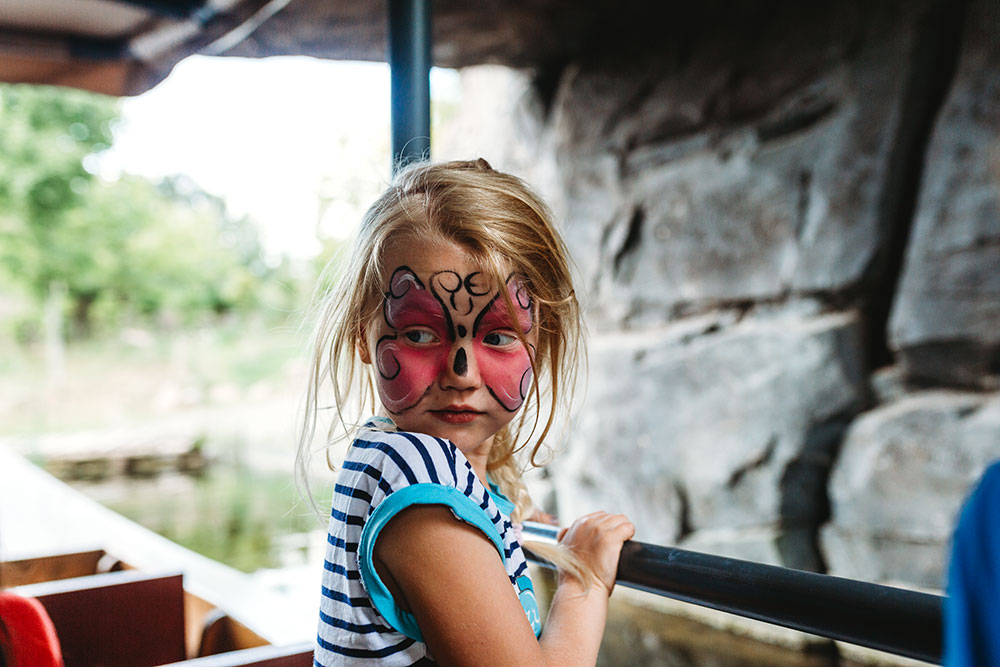 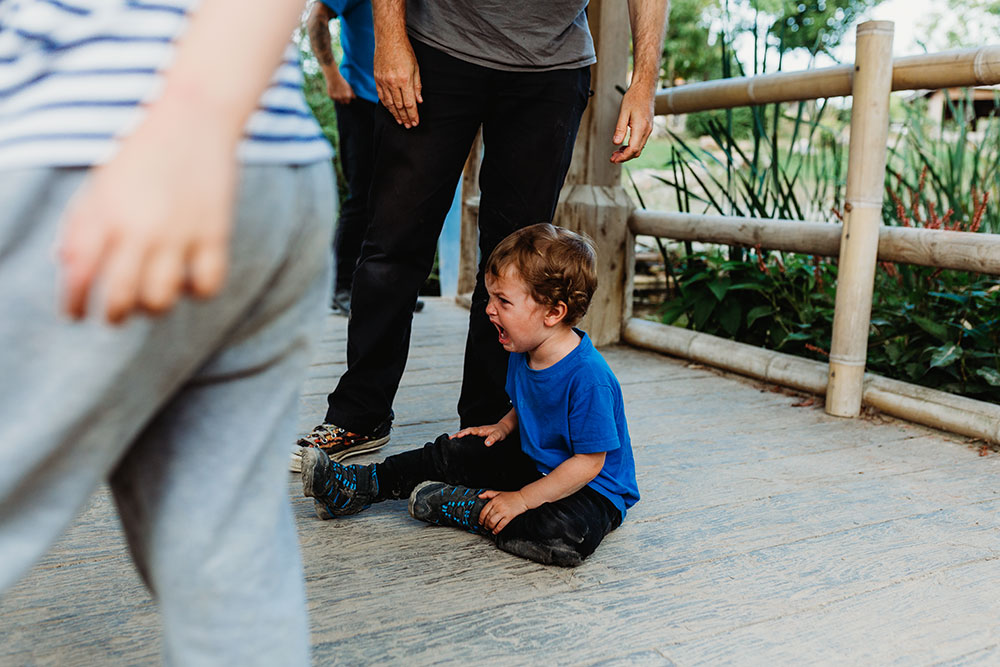 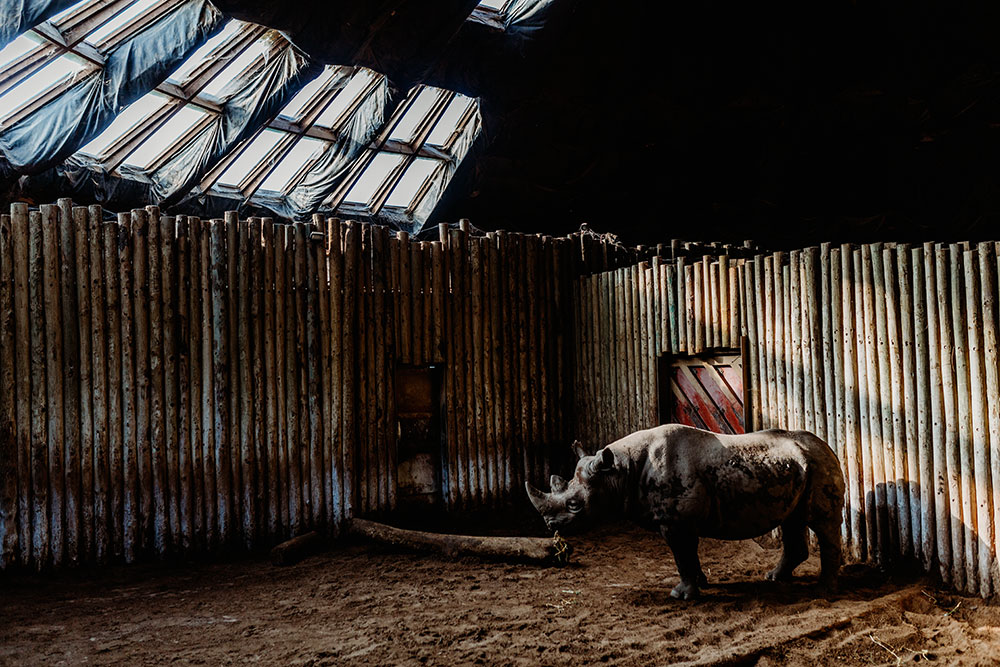 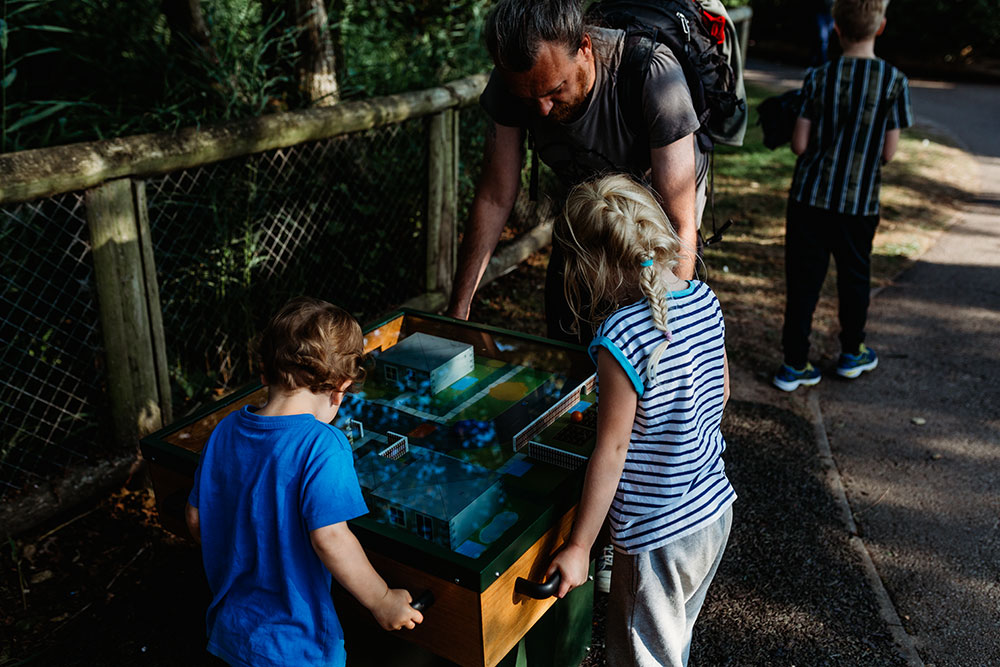 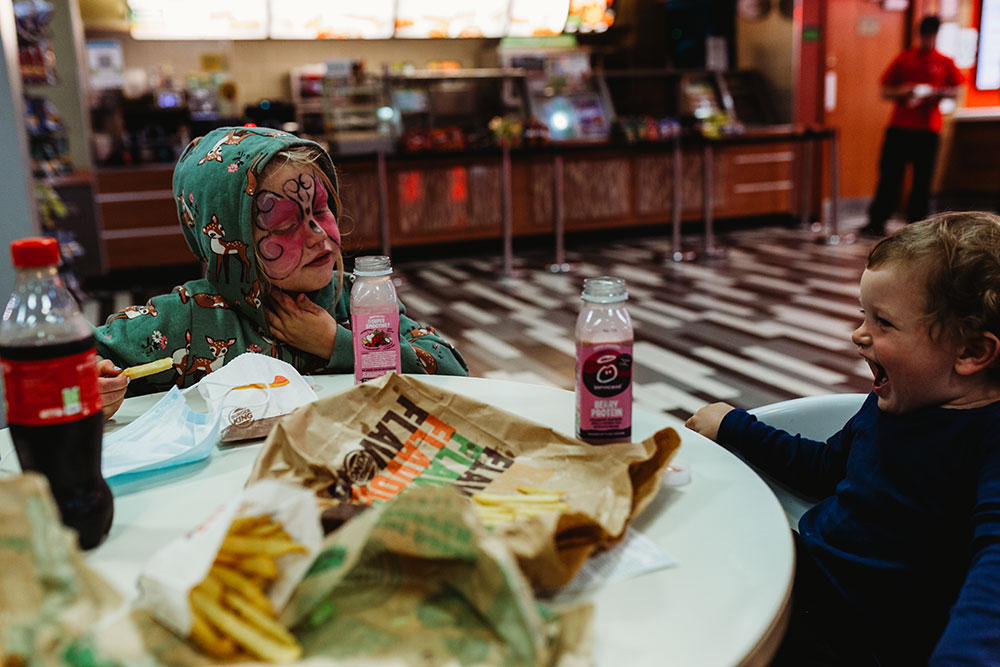 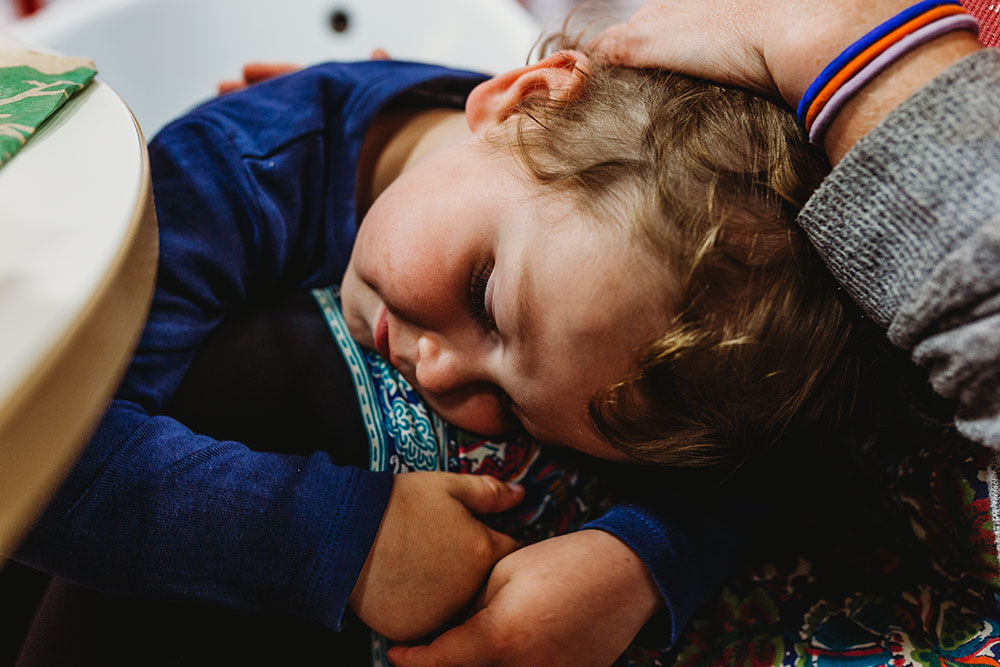 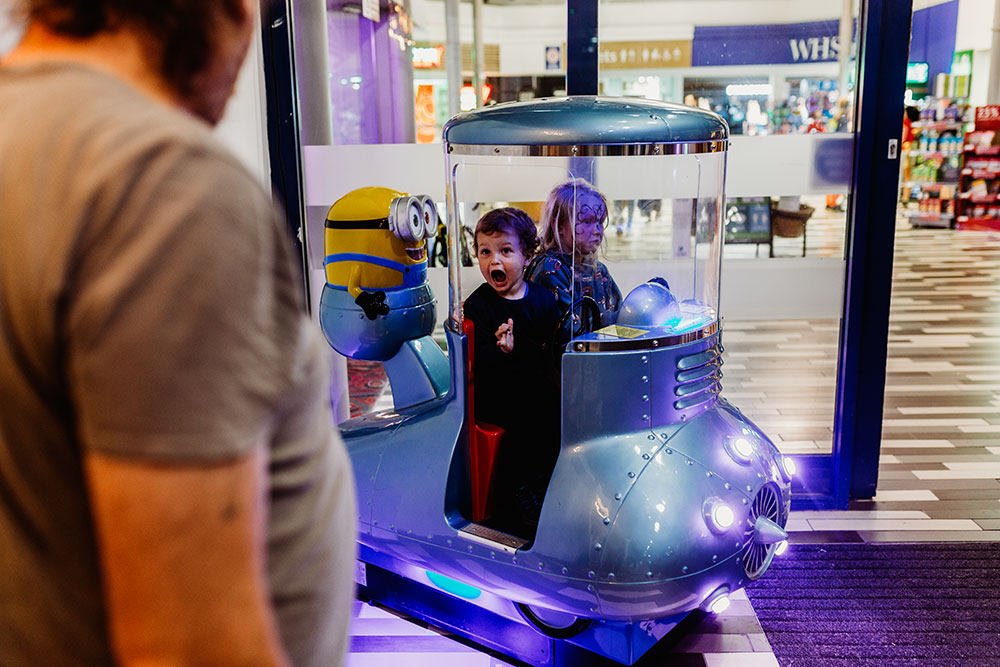