More  changes have happened since last week, daddy moved from the couch back into our bedroom but instead of sharing the bed with us he’s on a mattress next to our bed because he missed us. Also I have been feeling so much better, it’s really incredible, I feel like a new person! The supplements & the sleep have really made such a huge difference!

You,  Forrest are still waking up so much during the night,  for the last week and a half you've been waking up and then shouting really loudly,  you sound angry but as soon as I give you boob you fall almost immediately back to sleep. You and I headed downstairs this morning around 6:30 and you such a happy little one.  You are very boob obsessed at the moment. After your usual of climbing the couch (you have figured out completely on your own that it’s easier to go backwards off the couch than face first, you are such a good little problem solver!) you went straight over to your walker, it's your third day of using it and you love it!  It used to be Nixie's. You are getting really good at it & can almost turn it on your own. I don’t think it will be long before you are walking now.

When Nixie came down you were so happy to see her,  you always have the sweetest reaction to when she wakes up.  We had breakfast and got ready and while getting dressed you figured out how to pull the door handle down and Nixie got so excited and was so proud of you excitedly shouting while jumping up and down, “He learned a new lesson!  That's amazing!”

Then you Nixie played with dinosaurs and had them all together and when I asked what they were doing you said, “they're going on a migration,  except for that one” pointing to the stegosaurus “he's going the wrong way” which gave me a little giggle. I love your imagination so much. It’s funny for the past couple of weeks you haven’t asked to watch Dino Dan or Dino Dana, I think we may have reached the end of an era!

It was time to head out and make our way to Brockenhurst for your Rugby class and as soon as we stepped outside you said that the sky reminded you of a huge ash cloud and wondered what it would have been like to live next to a volcano. Then you couldn’t stop talking about wanting a rainbow house and begged me to paint our house. On the train you pretended you were a part of a group of older girls and sat across from them smiling and laughing at their jokes, it was really cute!

After another  great rugby class we went and bought some lunch for a picnic and by this time you Forrest had woken up (you actually slept amazingly today which you usually don't do when we go to her class) so I took you out of the wrap and put you in the buggy. We went into a different direction than our usual and found a little path to follow and had our lunch on the way.  You, Nixie, found a little bridge that crossed the water and at first you didn't want to cross it so you crossed the river instead taking advantage of wearing waders but eventually you found the courage and did it and were so proud.  I left the buggy on the side and grabbed Forrest and walked over the bridge and put him down amongst the tree roots and he was so happy!  You my little Forrest just love being amongst nature where you can explore with your little fingers and put basically everything into your mouth.. I couldn't take my eyes off you for a second before you'd stuff your mouth full of old rotting acorns.. And you still love to eat moss,  it was so cute because you just put your mouth down right on the tree to try to grab hold of the moss with your little teeth. We found a great tree for you Nixie to climb and you were having lots of fun exploring it. But Forrest you weren't very happy, and all of a sudden became inconsolable and it started to rain so we headed back to the buggy. and this time while you, Nixie, crossed you fell in and it really scared you and you became so upset.  Your coat was soaked and we decided to head home.  Luckily where we were took us onto a path that took us directly to the road I wanted to go to so we could catch the bus home.  I did get a little frazzled because Forrest was crying,had a bit of blood coming from his nose, and I just noticed his 6th tooth, a top one had just cut through and just as the bus was pulling up you were climbing out of the buggy and it tipped over.  Luckily you weren't hurt.  We got on the bus and went upstairs and you couldn't stop telling me about how the plesiosaur was the same size as the bus.

When we got home we all played a bit and then you wanted to make our bird feeder so we did that.  I had planned to do that out in the woods today and it was meant to be a gift for the birds but instead it's a gift to the birds who visit our garden.

Afterwards it was time to get Forrest to bed,  and once he was asleep I decided to take the opportunity to do a little bit of editing.  Nixie you were downstairs in your office and when I came down you were busy finishing your artwork and afterwards you wanted to learn more about tapirs so we watched some videos about them. And then Forrest woke up and we went to Waitrose to get you some bread for your lunch for forest school tomorrow  and then we came back home and had dinner,  Forrest you're still refusing to eat anything,  poor little man your teeth must be really bothering you, you've been really unhappy. Then we went into the lounge and Nixie you actually requested we take some photos of the three of us so I happily obliged you wanted to do some nice ones and some with funny faces.  Then we watched an episode of your new favourite show Spirit until daddy gets home.

Daddy came home while we were midway through the episode. I love how you Forrest explode into the biggest giggles and smiles at seeing his face, and then you rush over to him, it makes me emotional every time! The last episode really upset you and you had a really strong reaction and became so angry and you started lashing out.  Spirit had gotten caught and taken away.  You didn't want to talk about it.  Then you and daddy went into the other room and you calmed down.  We ended up watching the next episode so you could have closure.  Then after that bed time was really smooth.  You and daddy went into the office and found the theme song so that you can sing and dance to it anytime you want.  I put Forrest to sleep and then you came down and gave me the best goodnight cuddle. 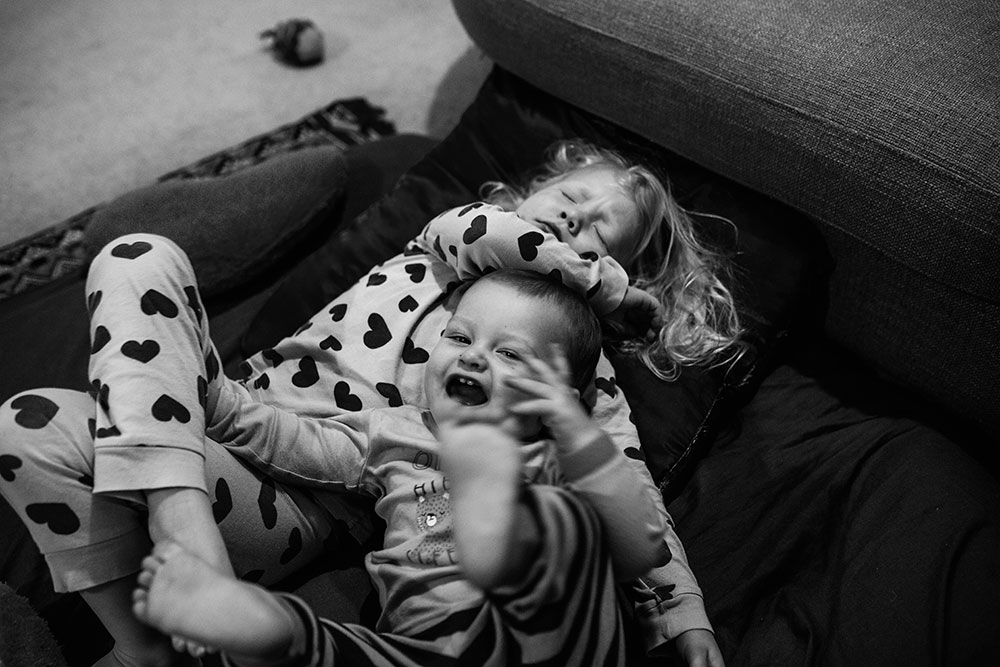 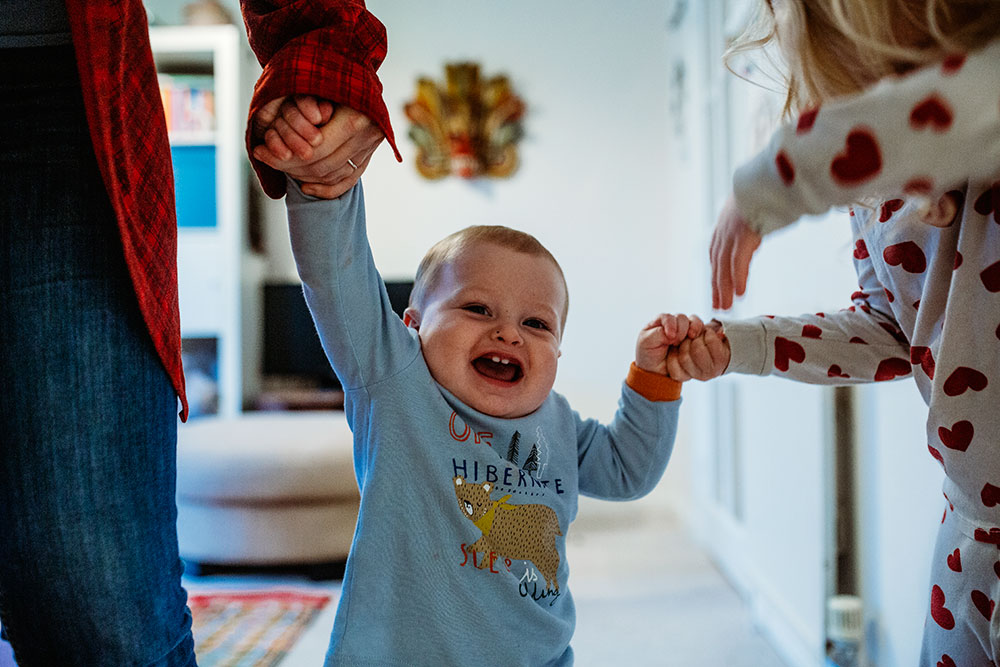 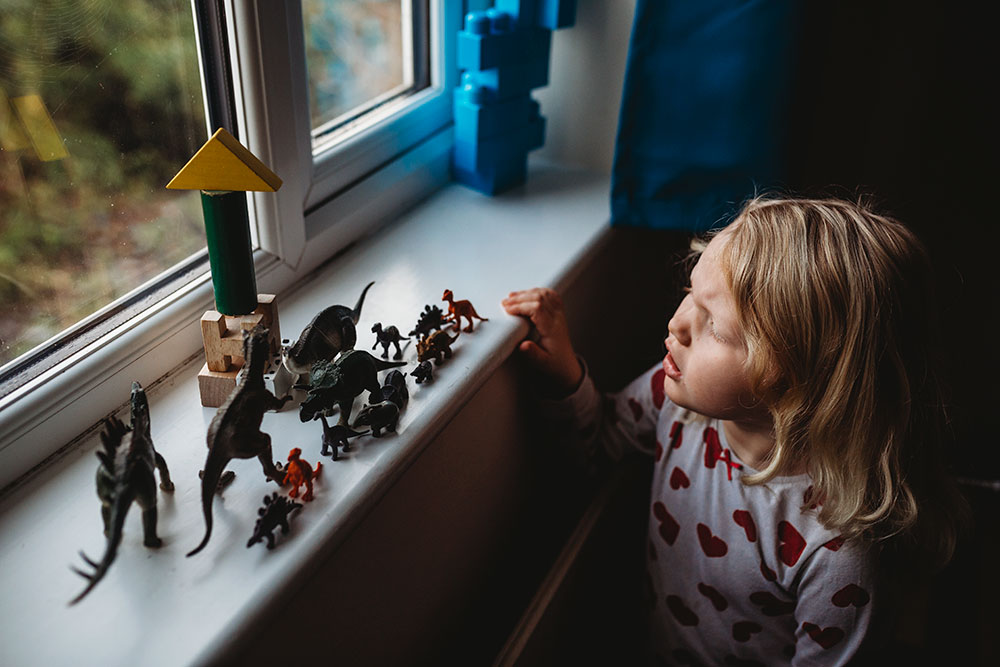 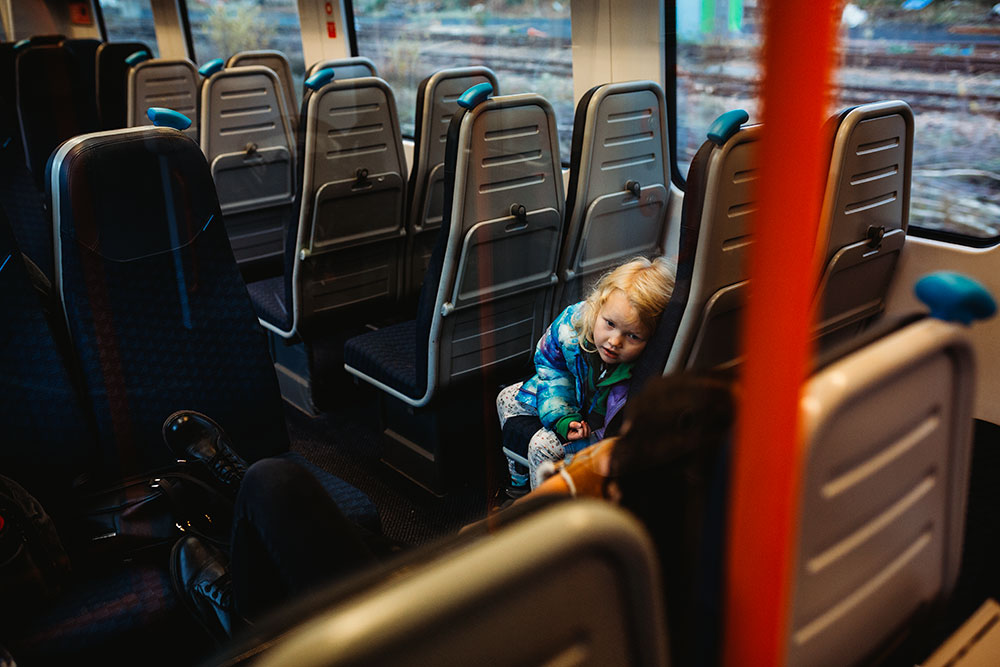 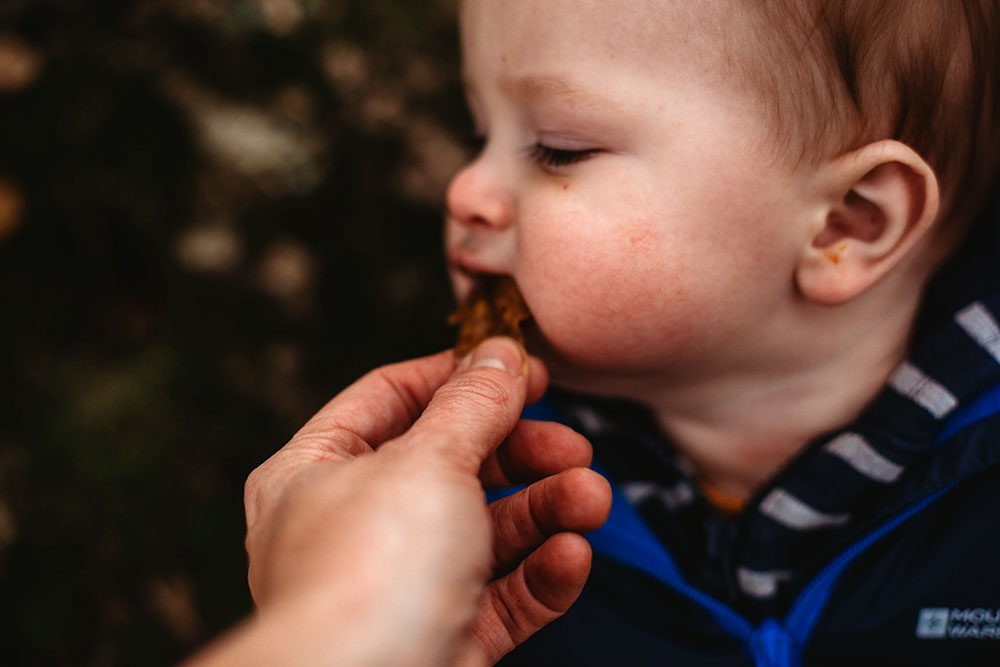 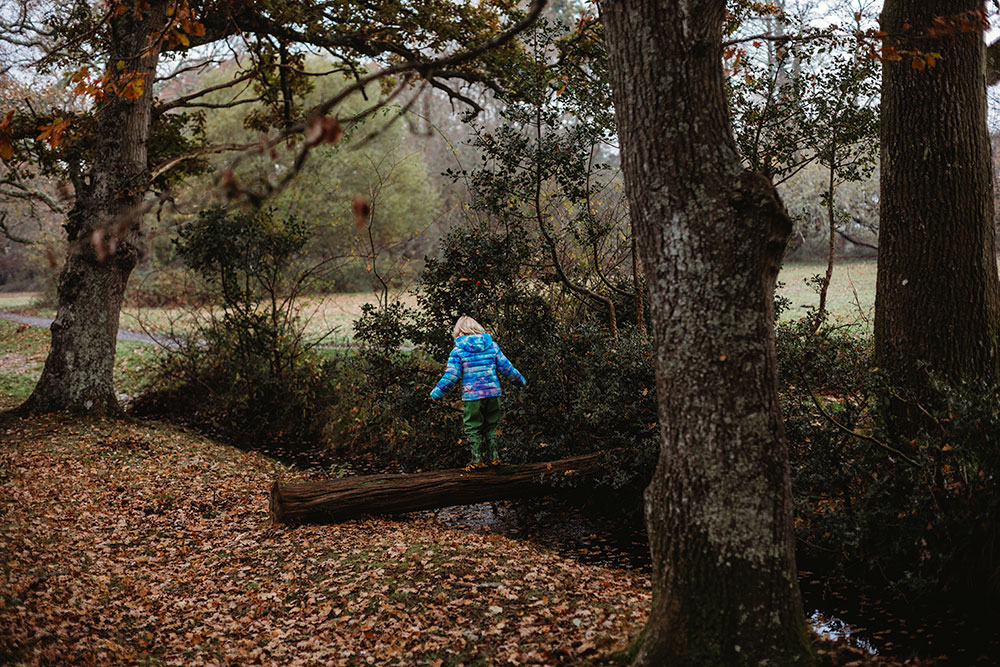 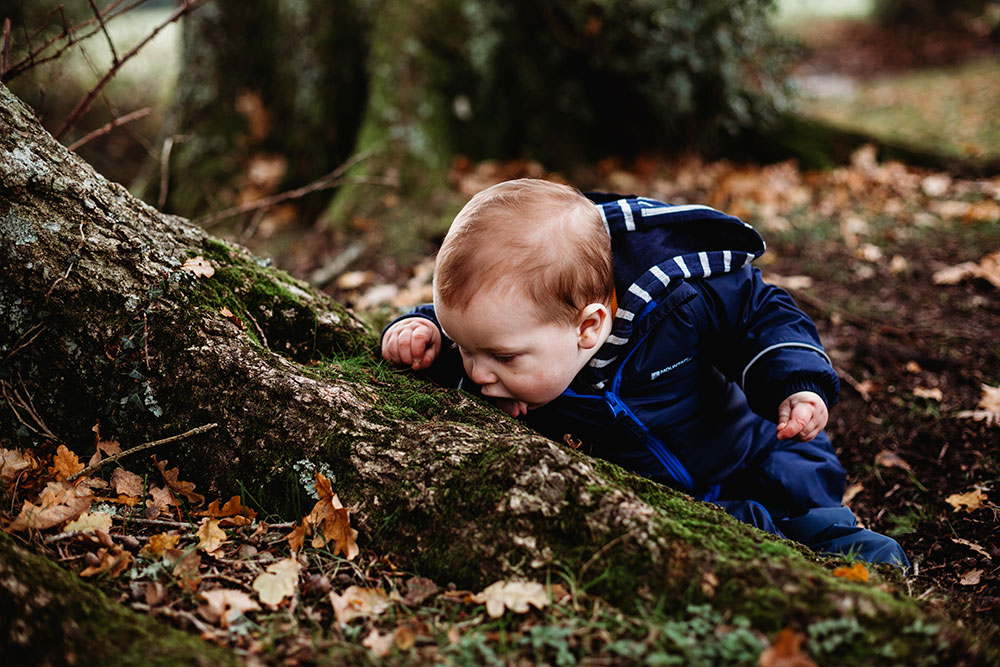 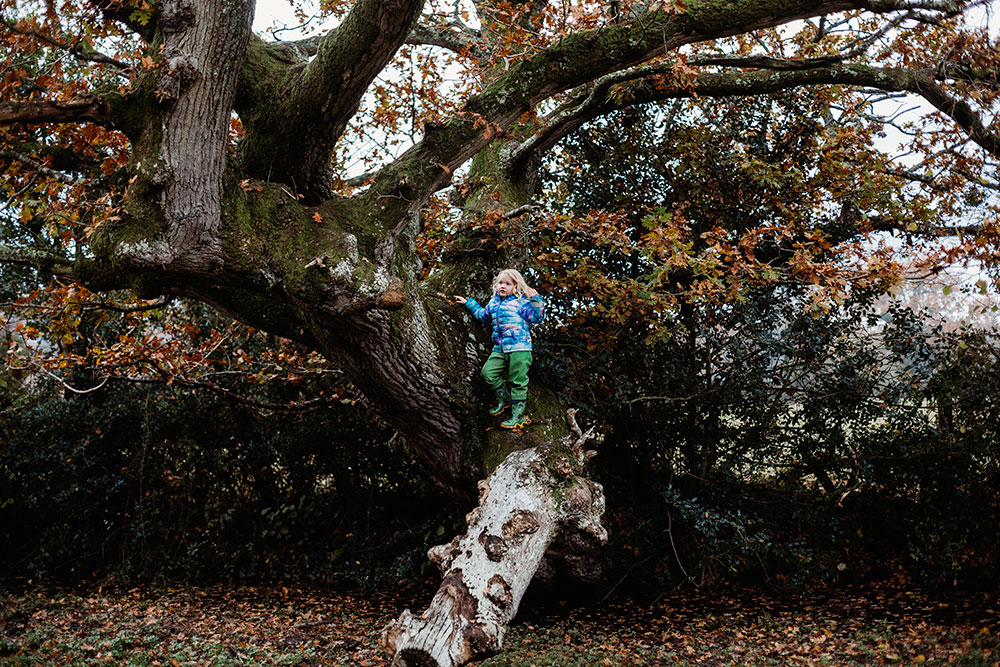 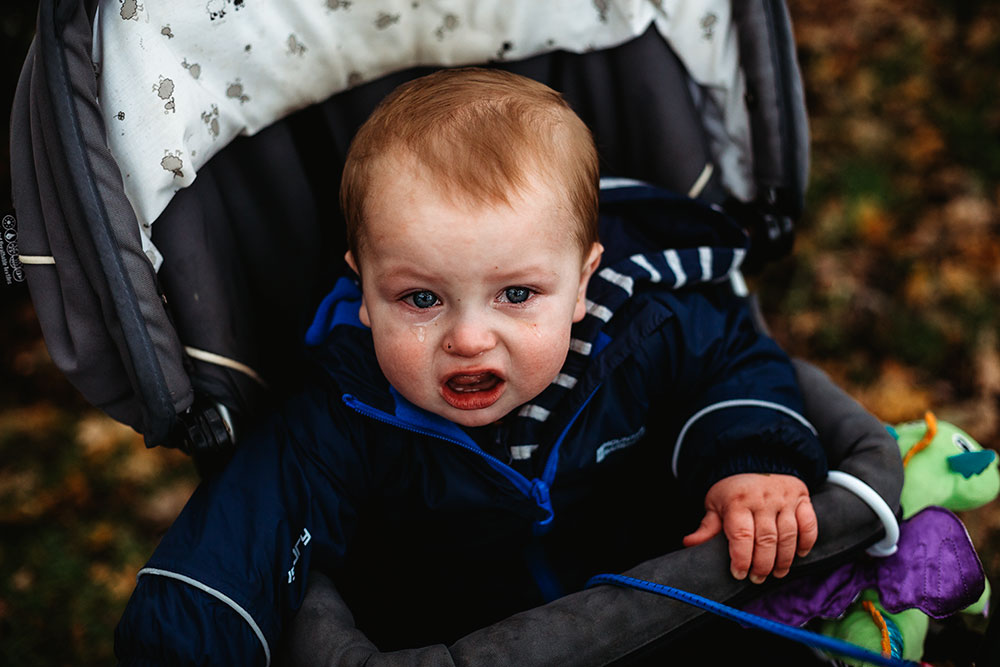 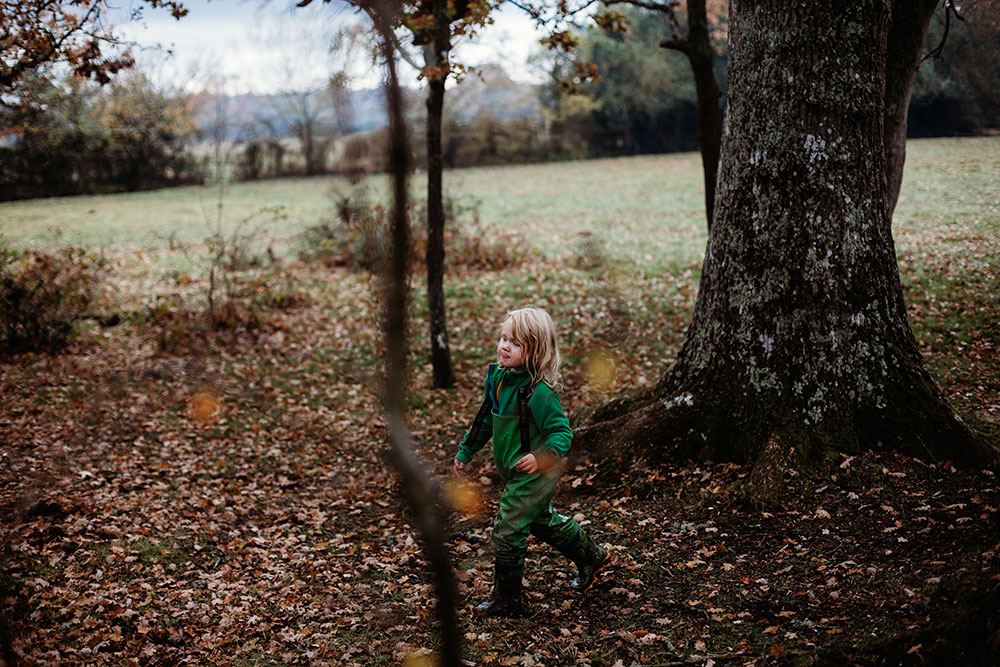 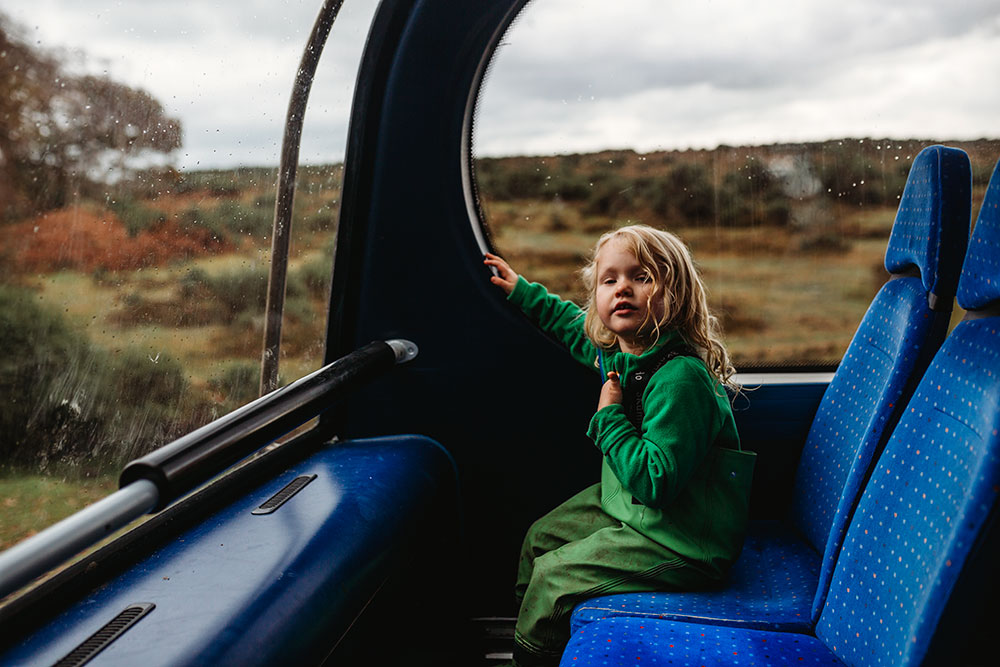 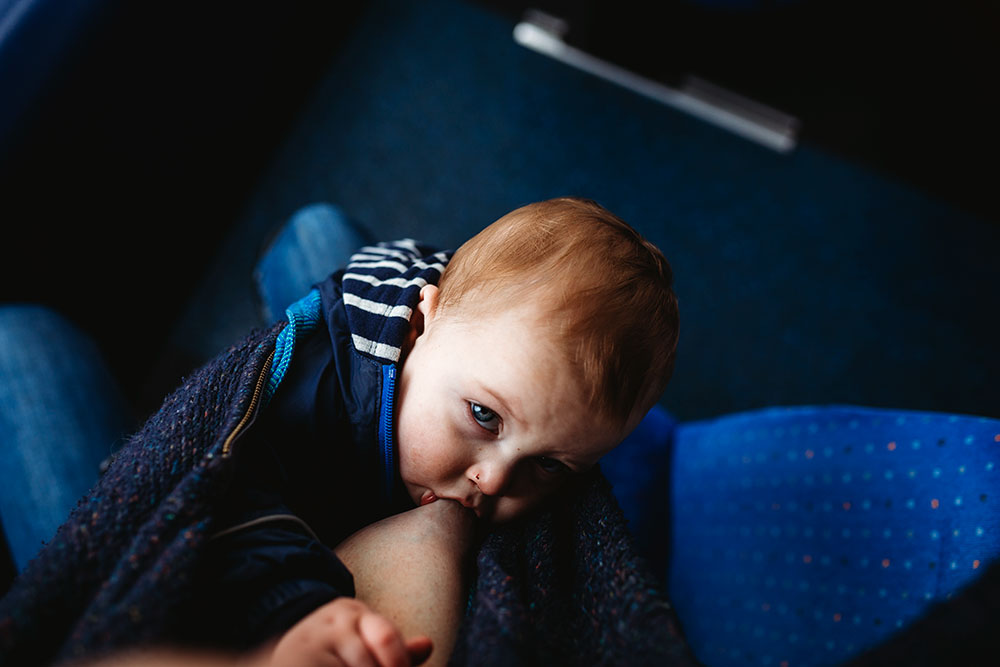 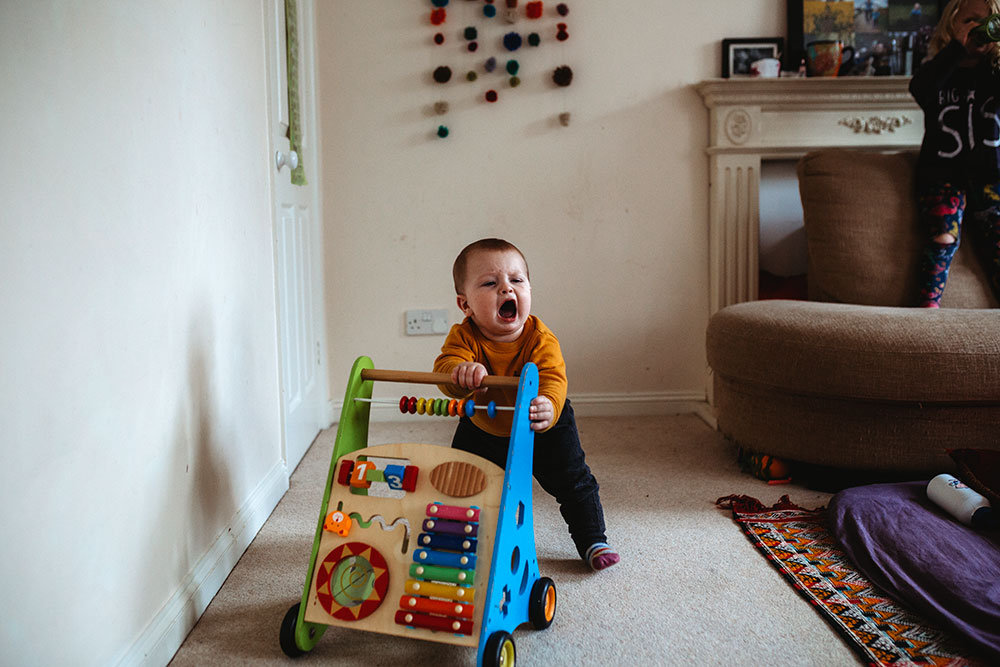 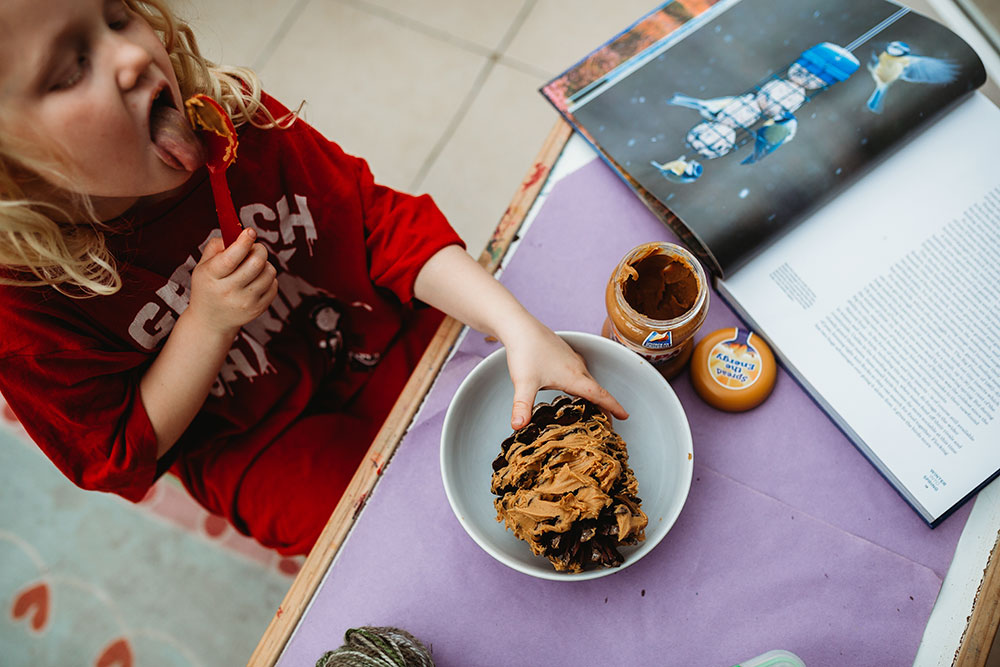 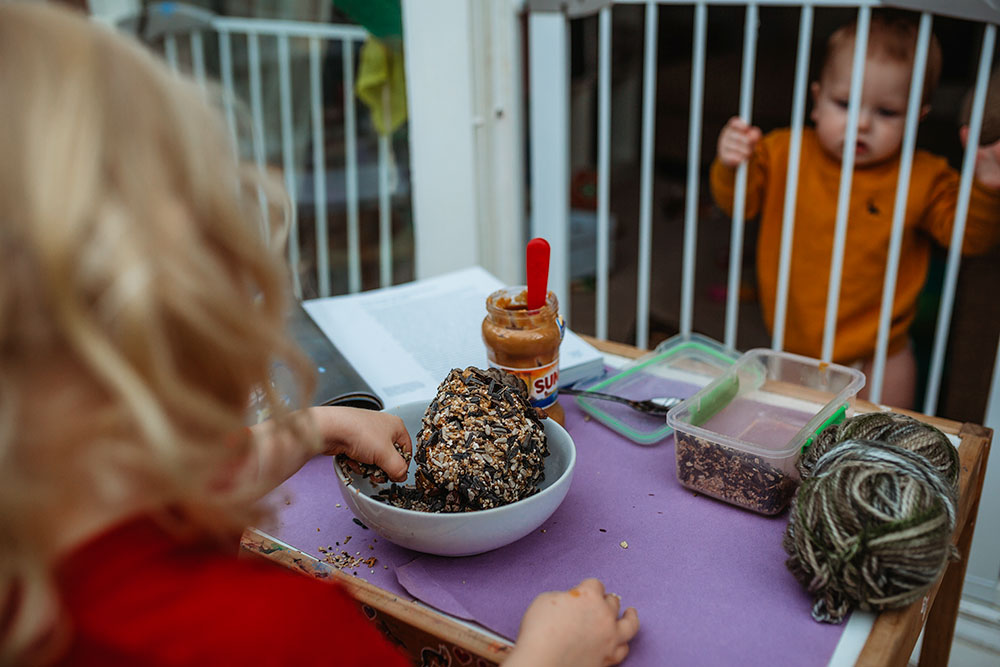 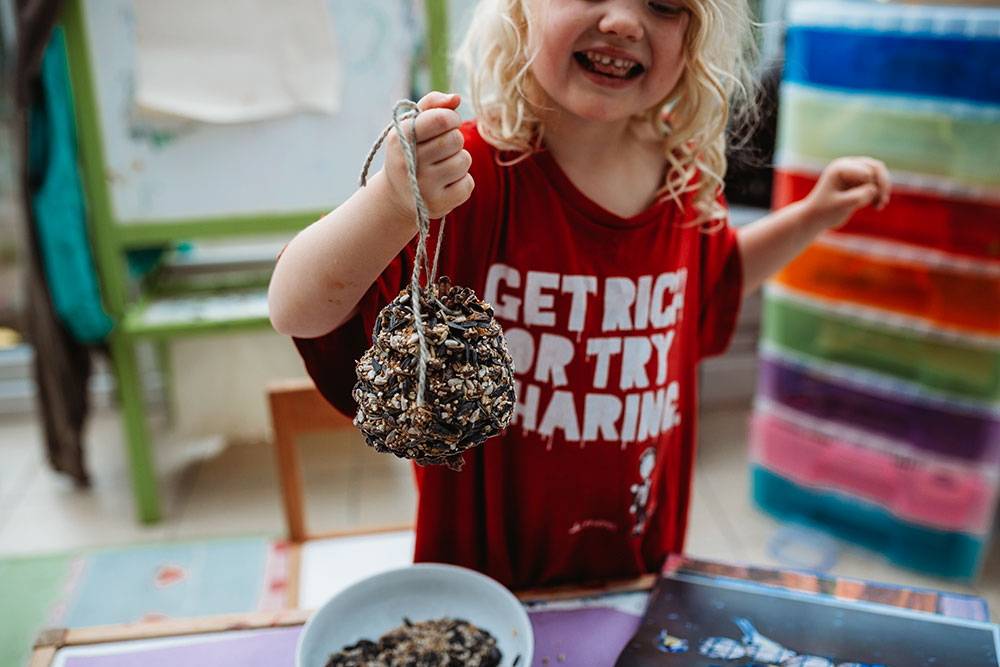 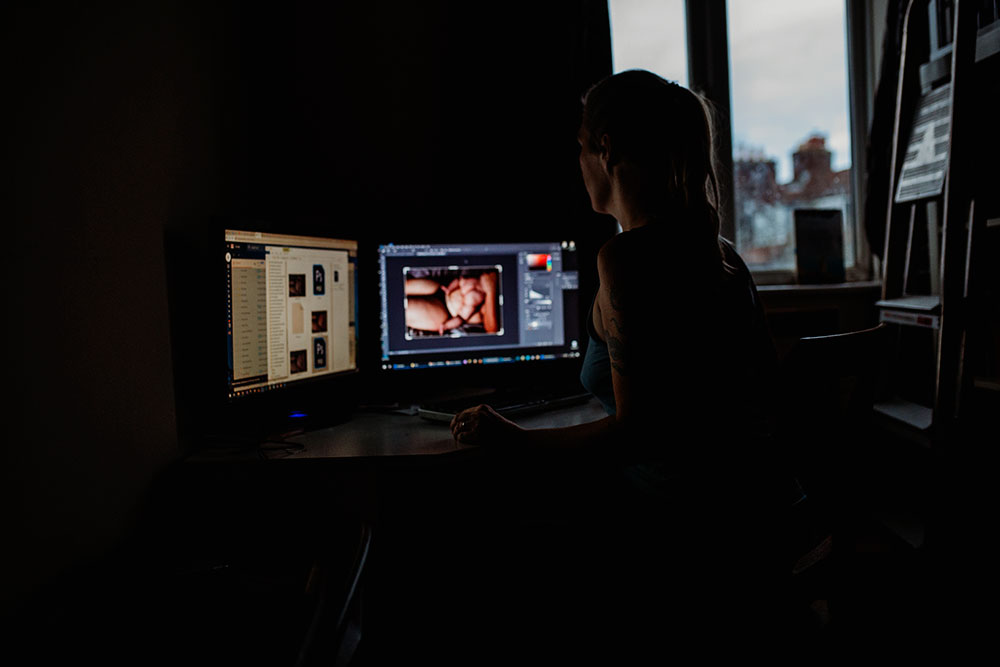 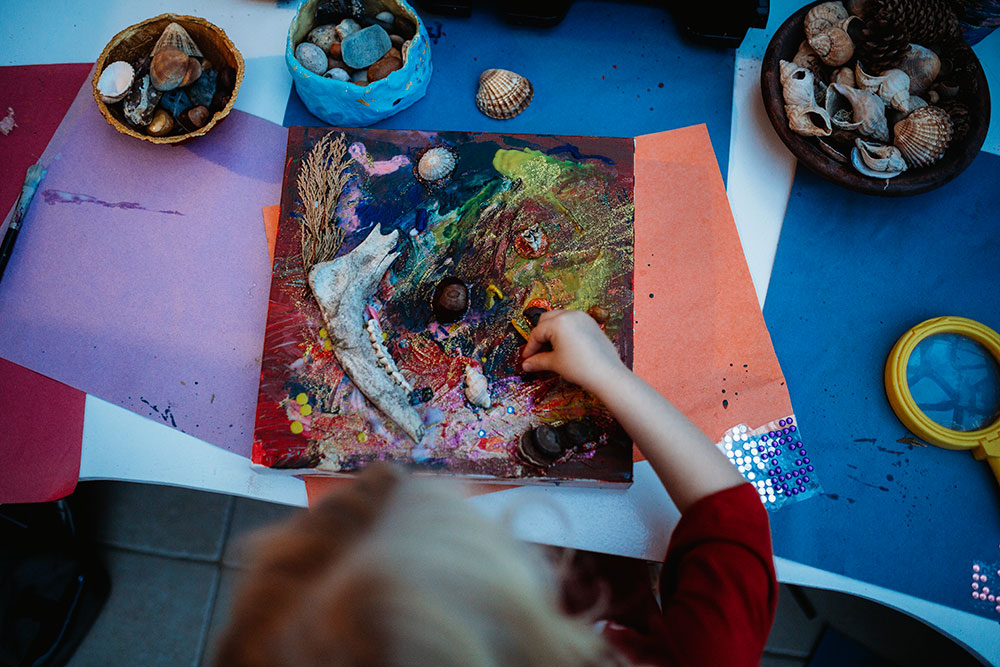 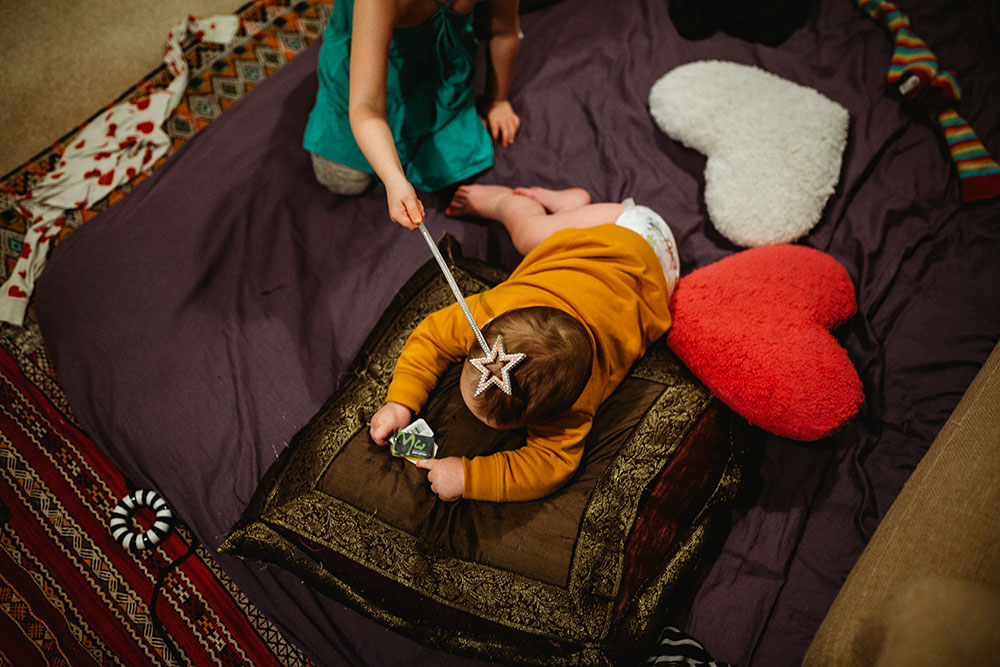 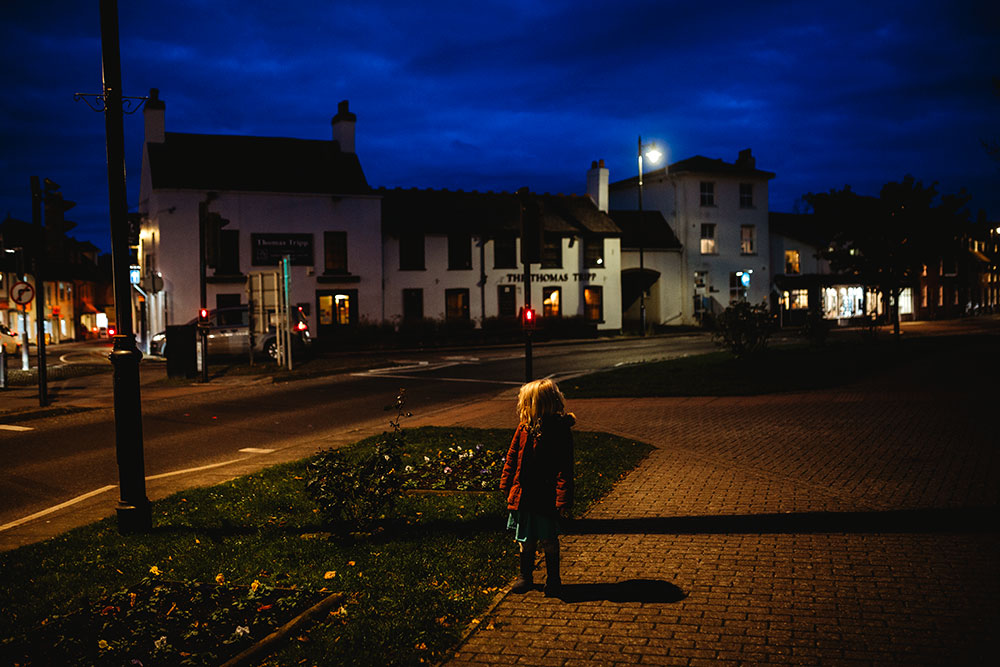 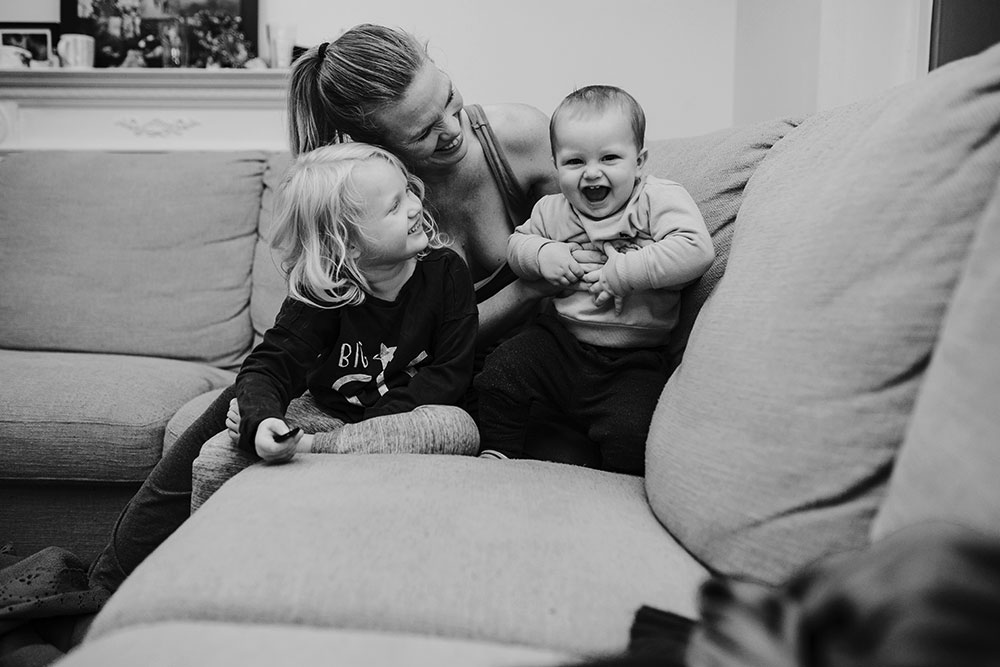 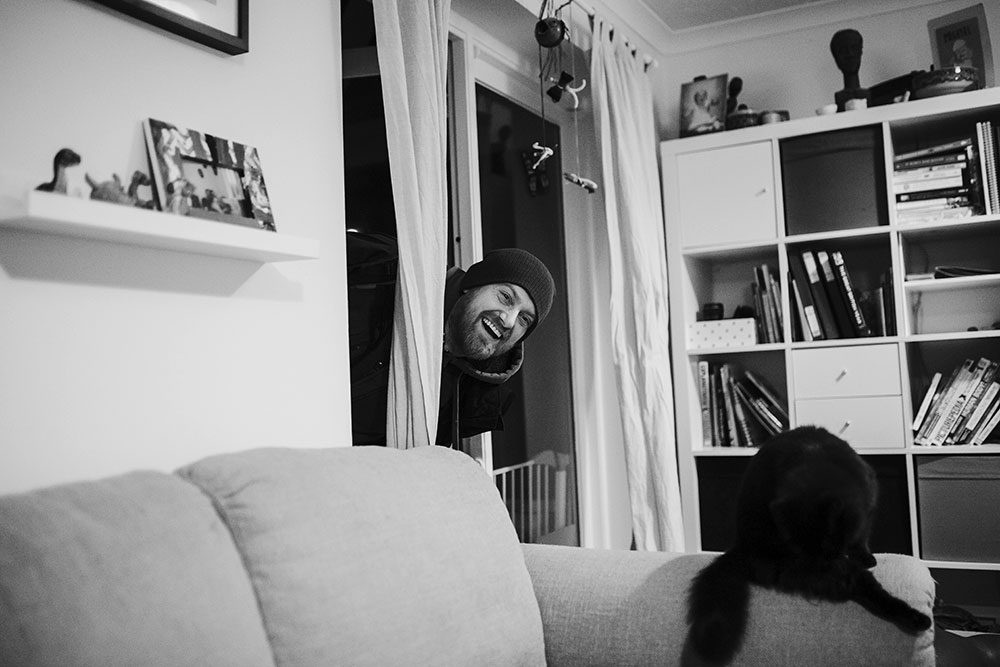 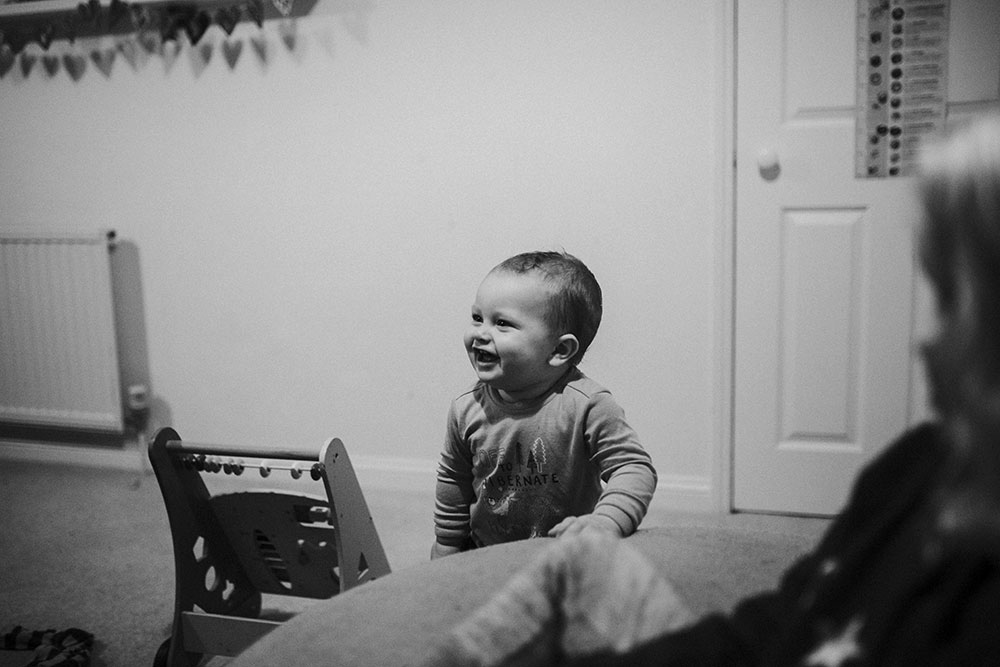 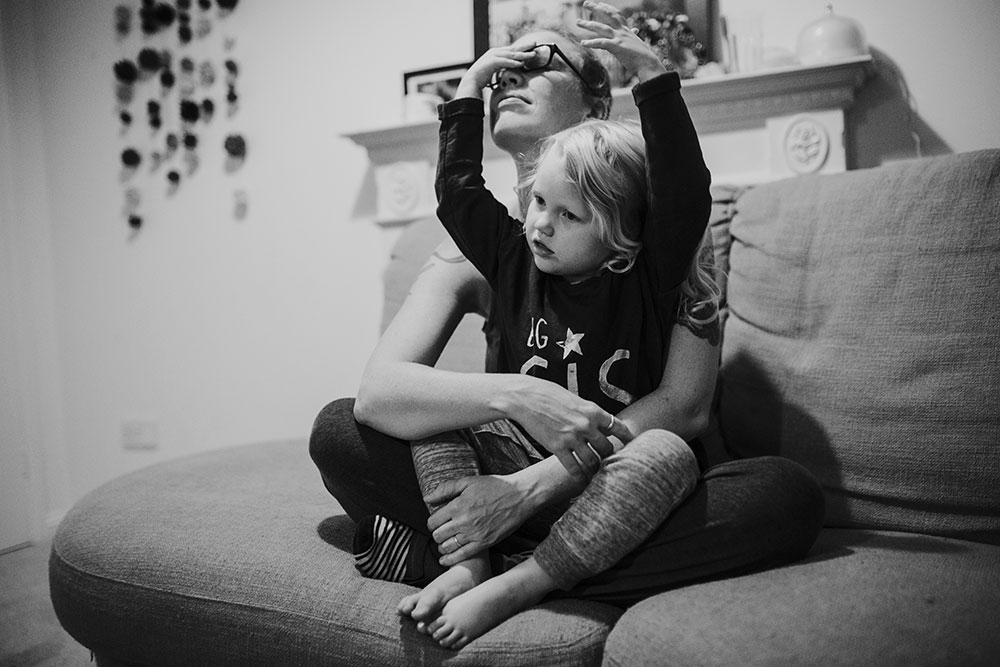 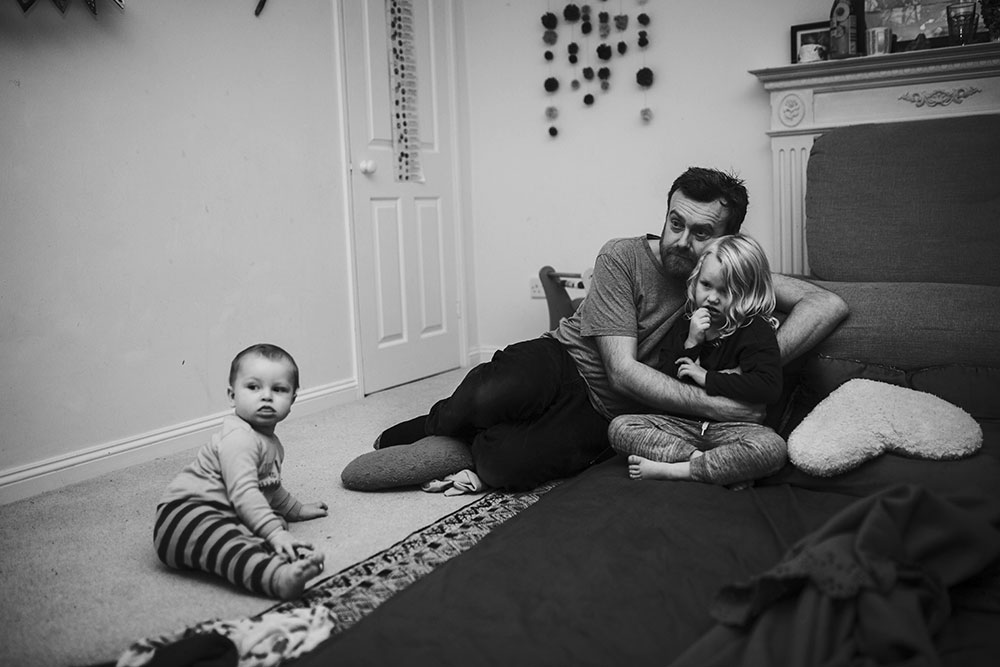